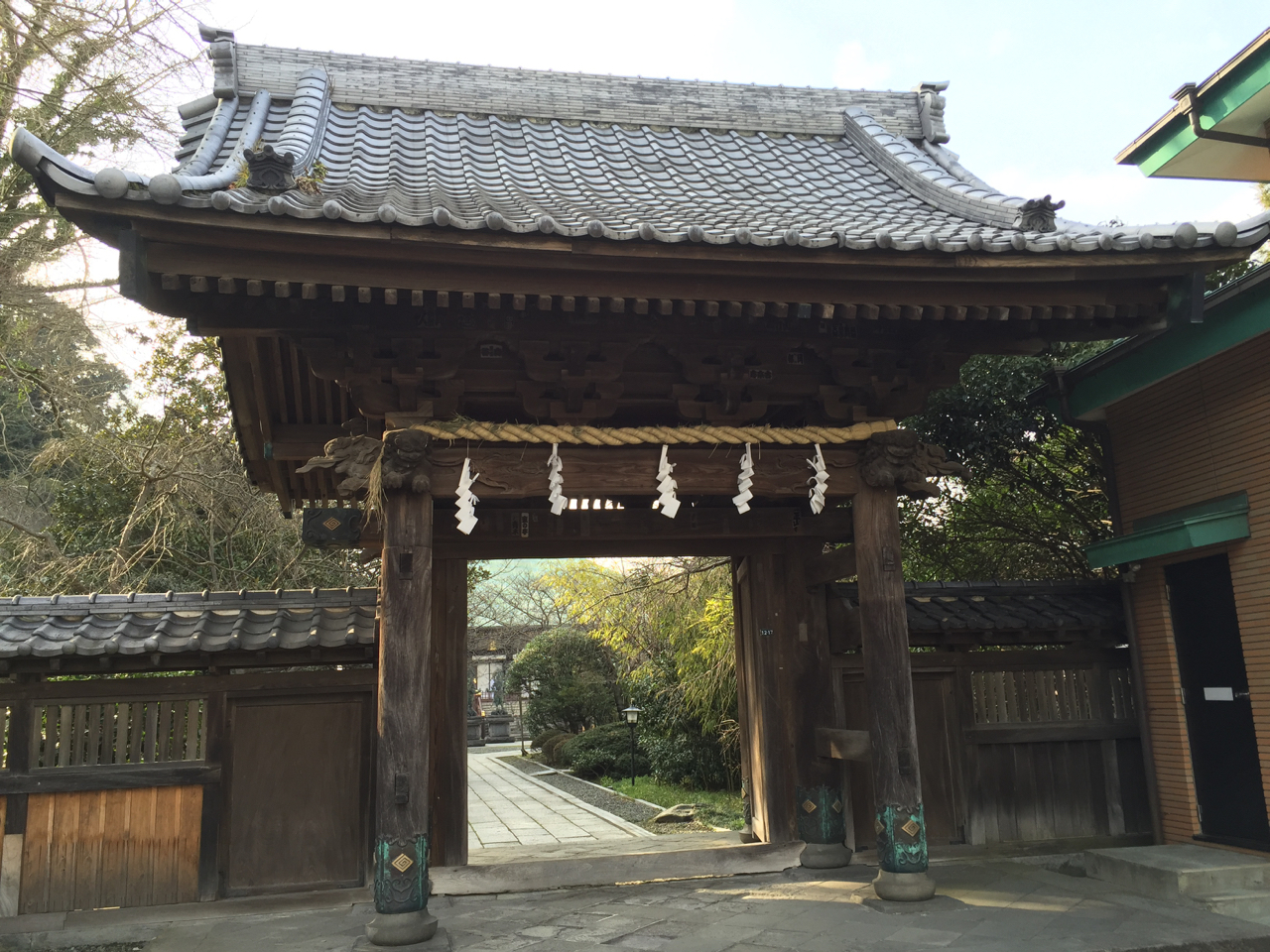 Kamakura is a place of legend, famous for its many temples, cafes, restaurants and other sights that attract enormous of amounts of tourists from all over the world throughout the year. However, those who think all of the necessary and interesting sights are in the center of the city are mistaken. In the outskirts of Kamakura, in the middle of a traditional residential neighborhood, one can find a cozy temple called Chosho-ji temple. 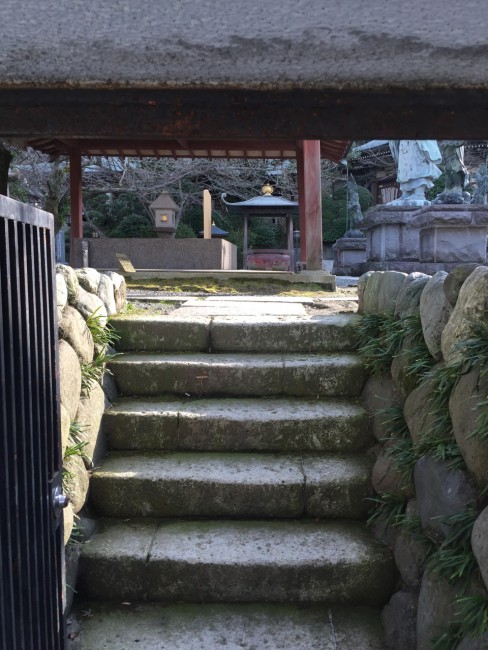 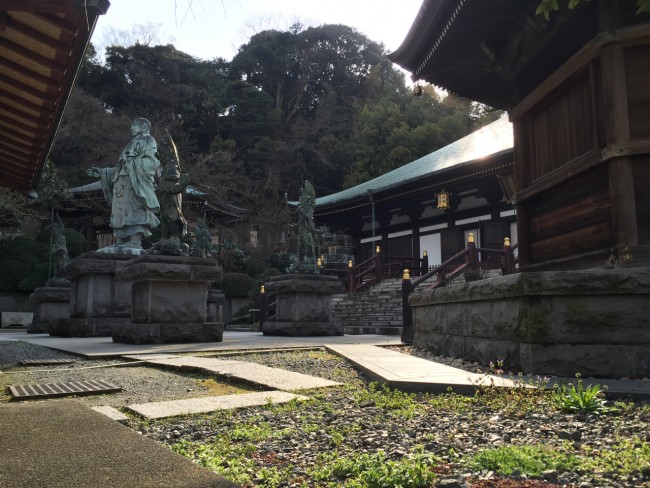 In fact, the temple exuded the presence of an obscure and secret gem while still being within easy walking distance from Kamakura station. 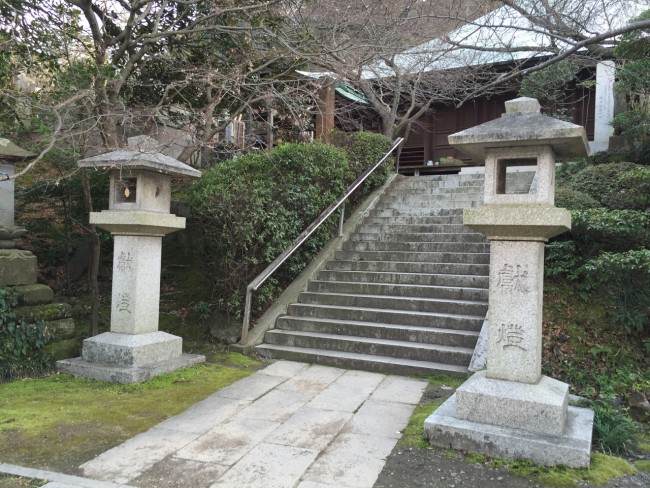 Chosho-ji temple has two entrances, one main entrance and one tiny side entrance. The main entrance is marked by an enormous red torii, while the small side entrance is a low and small door in the wall where one has to take heed to not bump one’s head. An impressive prayer ceremony was being conducted while we visited, but probably not every visitor will be fortunate enough to take in this experience. 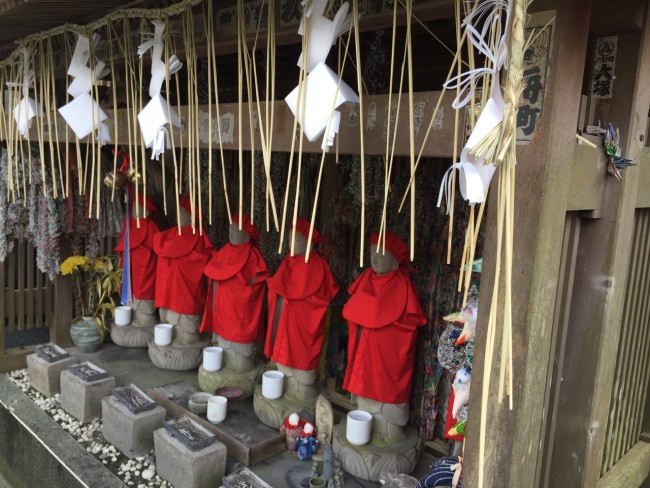 The courtyard before Chosho-ji’s main hall is filled with five imposing statues, each bearing arms and a war-like expression on their faces. The compound itself is permeated by the smell of incense. The usual staples — such as a small graveyard, various statues, an area to clean one’s hands using the traditional ritual, and a large amount of impressively trimmed shrubbery — are also there to be viewed. 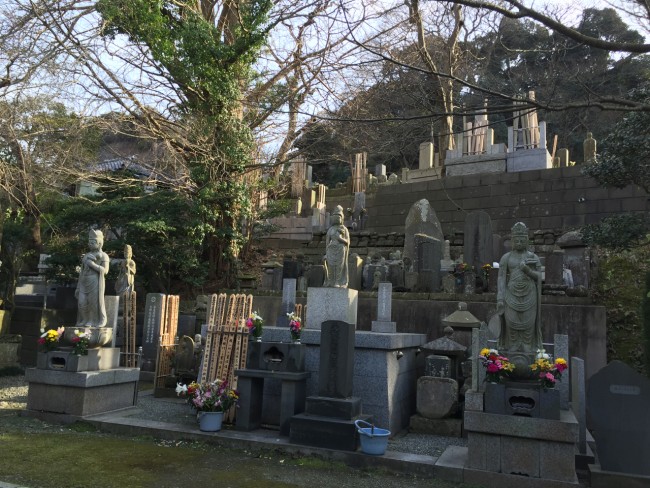 If one enters Chosho-ji temple via the main entrance, there are no steps or stairs until one reaches the main hall. This means it’s quite accessible, even to movement-impaired travelers. This is opposed to many other temples and shrines, which are constructed in a multi-tiered fashion that makes them difficult to traverse for some movement-impaired visitors. However, some of the floor of the compound is covered with gravel, potentially hindering wheelchair-using visitors. 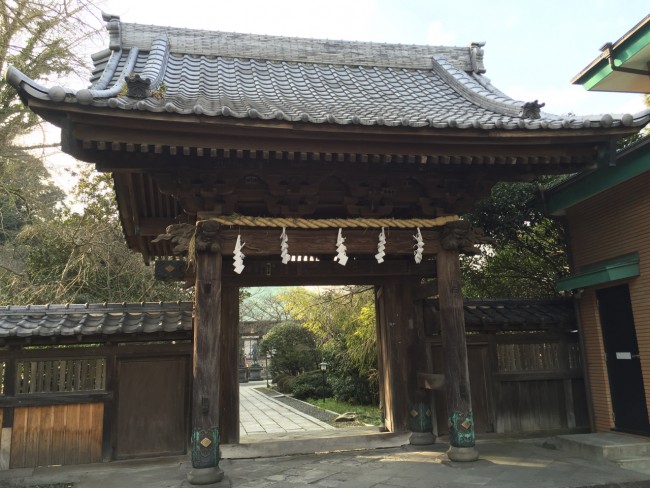