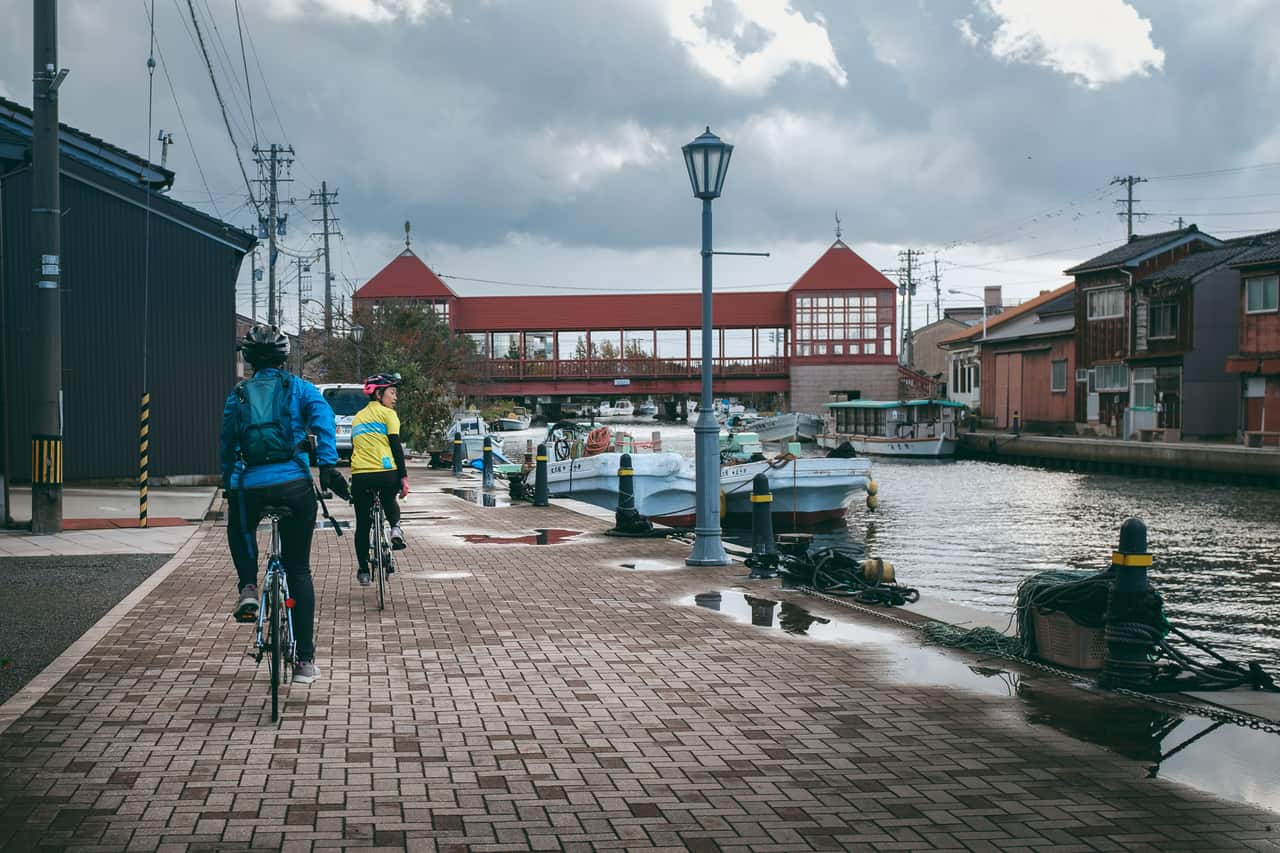 Toyama Prefecture is particularly famous for its gigantic bay where it is possible to admire the sea while seeing has an unusual geographic feature of having the seashore and the Tateyama Mountain ranges in the distance. Also, Toyama boasts three cycling course which are a bay side cycling course (88km) as well as the rice paddies course (71km) or the rice paddy by the bay course (18km), and each course has the navigator line to make us easy to follow even for those who don’t speak Japanese or for the beginner. Make a stop at the cycle stations or the cycle cafes and refer to the cycling map to discover these areas while you are taking a leisurely bike. 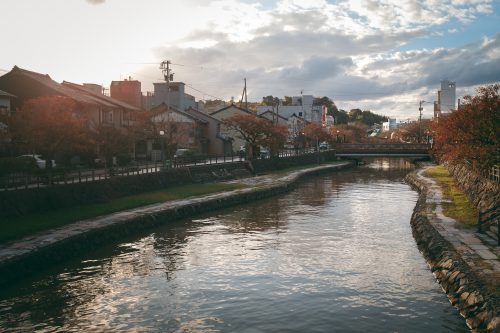 To discover the shores of Toyama Bay, we cycled from Himi to reach Imizu. Let me explain how bike paths work in Toyama, Japan as they are very different from France and other countries in the world. Though at times there are trails only for bicycles, most bike paths consist of a small blue strip on the roadside for bicycles. It is generally safe because speed limits in Japan are strictly enforced and drivers are cautious. You just need to remember to keep well to the left! 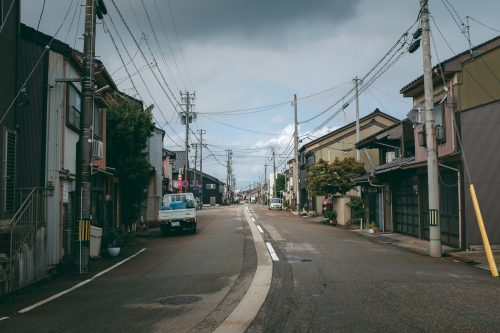 After riding a few kilometers along the coast, we arrive in an old district of Uchikawa. The narrow streets have a quiet atmosphere of Japan which reminds us of an era pre-World War II. There are many small shops offering local specialties. 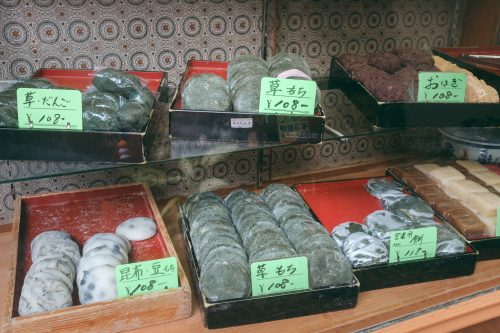 Mochi with mugwort are particularly popular with locals and distinguished by a slightly bitter taste, balanced out by the sweetness of the red bean paste. 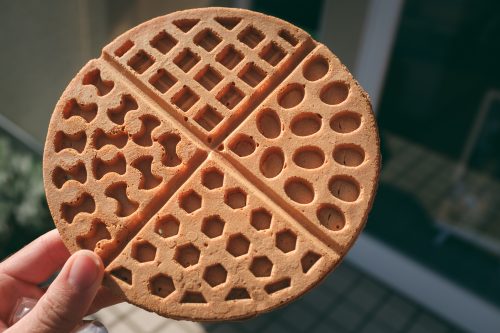 Crispy waffles called Oranda Yaki are also popular and they were originally from Holland. I was surprised to find very European flavors among Japanese specialties!

But the district of Uchikawa is best known for the river and surrounding houses. The nostalgic atmosphere earned Uchikawa the nickname the “Little Venice of Japan”. 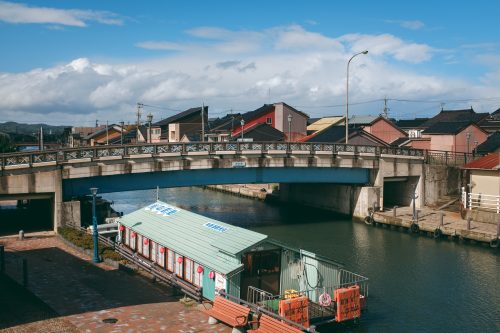 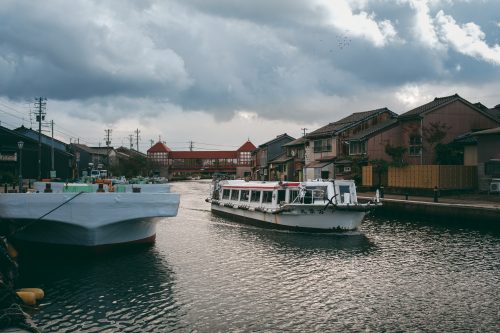 With numerous barges and old houses, the town is full of charm, so it is no surprise that the area has been used as a location for films and television series in Japan. Following the road along the river, we reach the sea and the port is a just few pedal strokes away.

Kaiwomaru Park offers great views of Toyama. On one side you can view a huge bridge, and on the other, a ship which looks almost a hundred years old. Kaiwomaru, literally “Lady of the Sea”, was put to sea in 1930 as a training ship for the merchant-marine school to take many journeys for about 196km. You can see the great figure as it is still operating at Kaiomaru Park. 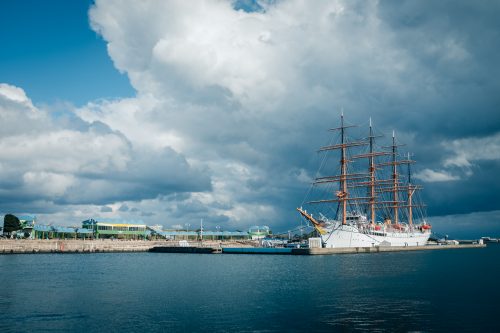 Not far from Kaiwomaru Park is the Shin-minato Kitokito Market. The fish and other seafood caught in Toyama Bay are renowned throughout Japan. The small fish market is enjoyable and you can eat a meal on-site, which is a fun experience. The small white prawns from Toyama, and the Toyama crab are especially popular. 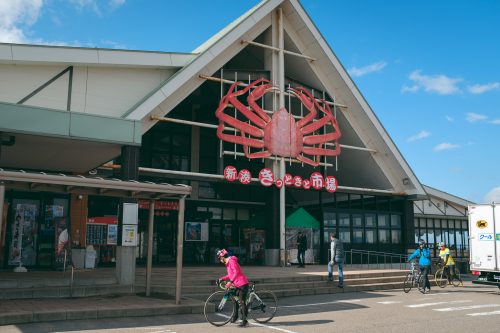 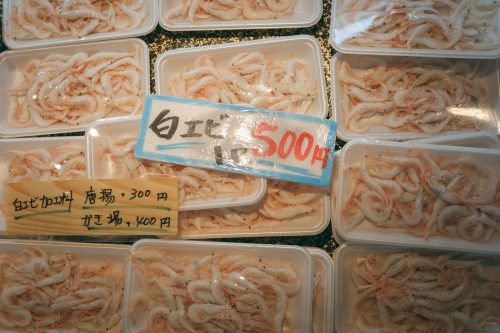 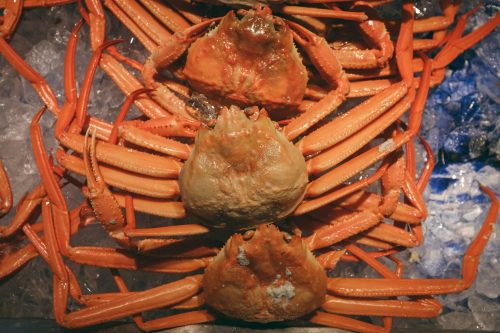 The crab caught in the Toyama area is the red snow crab. Its uniquely flavored meat is very popular among the Japanese, and auctions take place in Shin-Minato Port not far from the fish market. 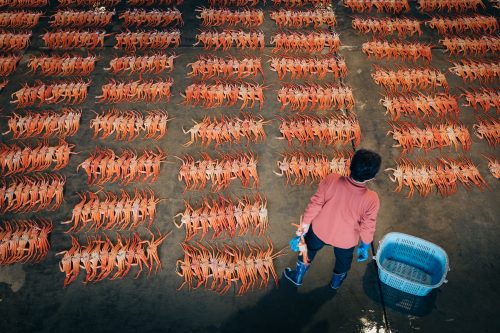 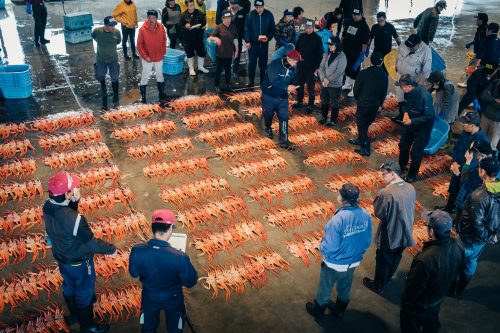 The auctions are conducted in a special term and are quite unusual. Japanese who are not familiar with the special terms have difficulty understanding what is said during auctions. The crab auctions are public and visitors can watch from a balcony to keep from disturbing the professionals during their work.

In Japan, fresh fish is synonymous with sushi, raw fish on vinegar seasoned rice. The techniques of its sushi have been passed from generation to generation of sushi chefs, who prepare the freshest sushi by carefully choosing seasonal fish. 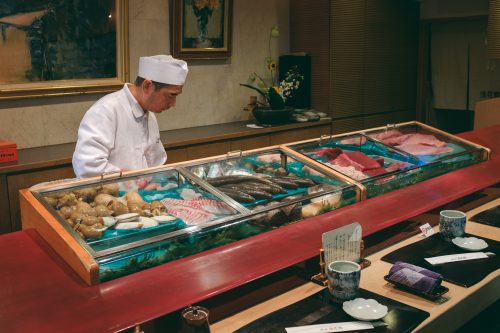 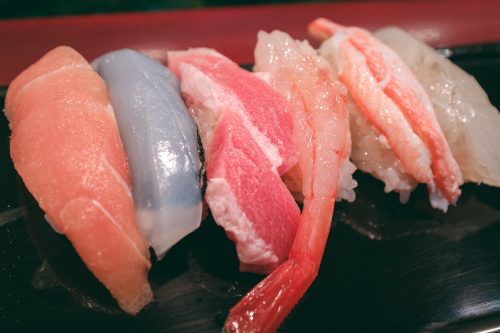 The care and attention of the chef as he prepares sushi, along with the atmosphere of the small restaurant help visitors focus on the taste of the sushi.  And what they discover is a great surprise: the taste and texture are perfectly balanced, and the flavors of the Toyama Bay seafood will delight the palate of any self-respecting sushi lover!

Cycle along the beaches of Toyama Bay

On the ride back to our starting point, we ride alongside the beaches and we discover bike paths quite different from the roads we came on. Bike paths near the beaches offer exceptional views of Toyama Bay and the bike ride is really peaceful. 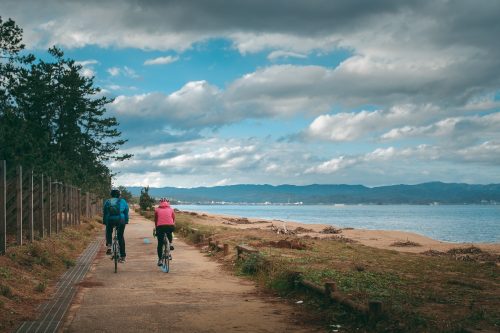 Amaharashi beach is particularly striking to see the reefs with 3000-meter-class Tateyama Mountain range by the bay, selected as one of the 100 best beaches in Japan because of the superb view.  There is a Michi-no-eki Amaharashi nearby, one of the cycle stations offers us several types of equipment such as setting up the bike rack, a rental service for a bicycle pump and some repair tools. 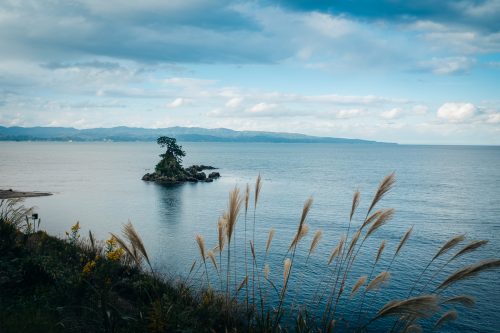 As we arrive back in Himi, we return our bikes to the bicycle rental place which is located on the harbor. There is a small fishing museum called the Himi City Fisheries Cultural Exchange Center inside. 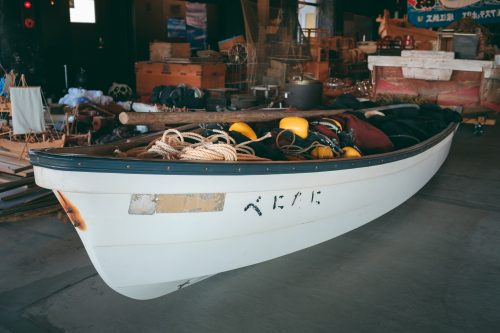 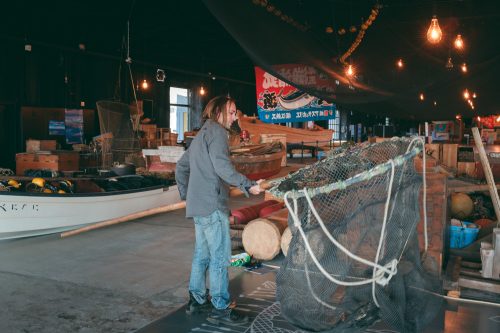 Materials and tools used by fishermen of the past are displayed and offer one final immersion in the life on Toyama Bay, intrinsically linked to the sea.  It was a perfect place to finish a day of cycling along Toyama Bay.

Where We can Rent a Bike?