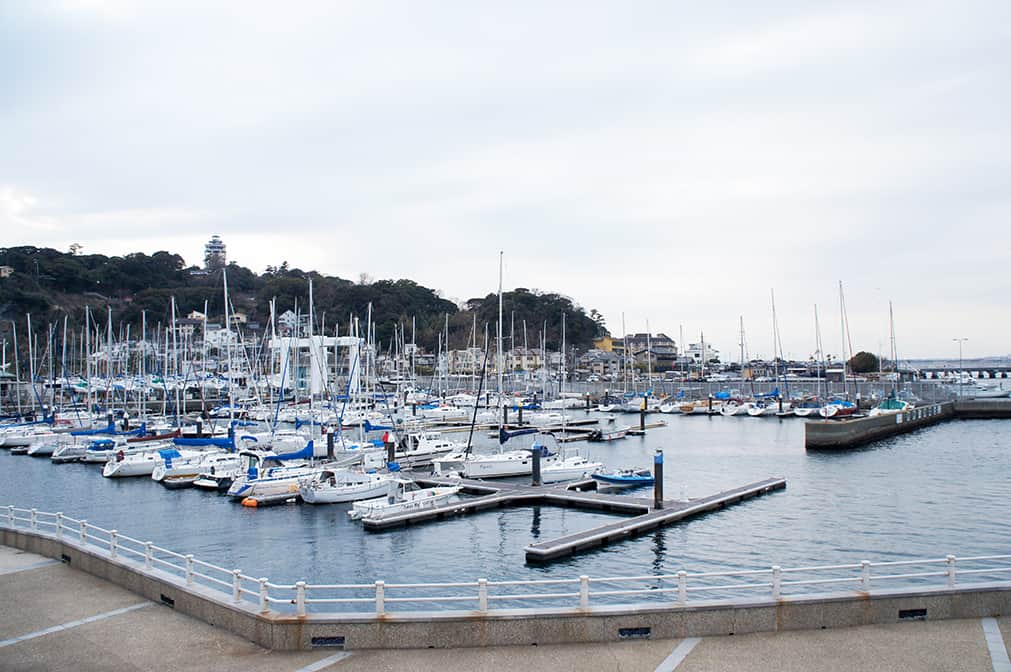 Enoshima: A Hotspot for Sailing Just an Hour from Tokyo

Fujisawa is known for its shrine and as one of the post towns along the Tokaido Road that connects Tokyo to Kyoto during the Edo Period (1603-1868). It also boasts a seaside resort popular in summer by young Tokyoites. The beautiful beach of Shonan, nicknamed the “Miami beach of the East“, is also a favourite spot for surfers.

But surfing is not the only water sport practiced in Enoshima; it is also a hot-spot for sailing ,since the 1964 Tokyo Olympic Games, where a large marina has been built. 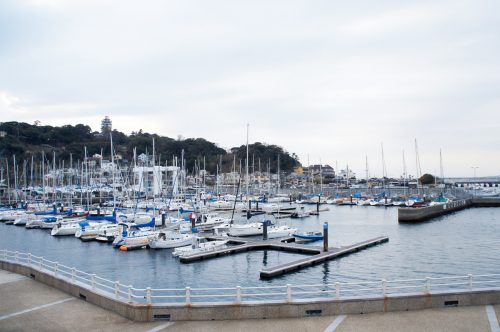 Built for the Tokyo Olympics in 1964, Shonan Marina on Enoshima Island is one of the largest marinas in Japan. More than a thousand boats are moored here and some have been participating in competitions from national to international for more than 50 years now. 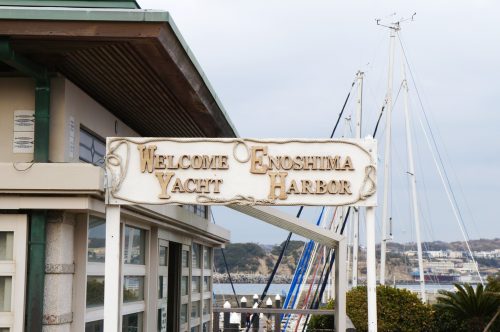 From the Nakatsunomiya Shrine, an observation deck offers panoramic views of Enoshima Marina and Sagami Bay. 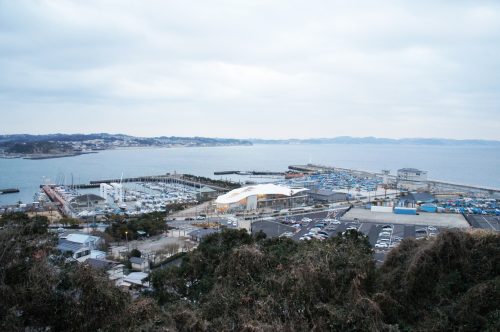 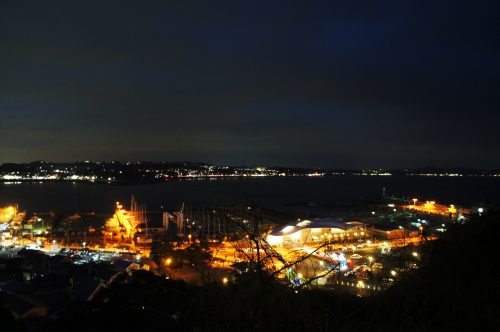 Memories of the 1964 Olympic Games

Enoshima Marina was built specifically to host the sailing competitions of the 1964 Tokyo Olympic Games, so you can find some traces of the first Games to be held on the Asian continent while walking around.

At the entrance, there is the bowl statue that held the Olympic flame during the sailing events of the 1964 Games. 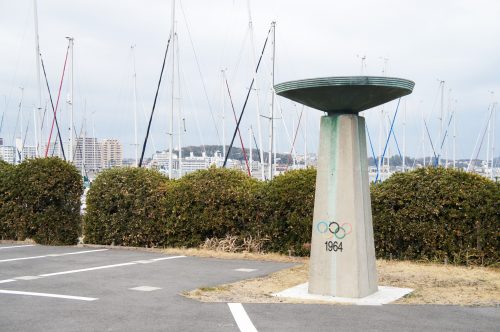 Arriving on Enoshima Island, just turn to the left after crossing the Benten-bashi bridge, then you’ll see the Olympic Memorial Park: a small square around a commemorative fountain pond of the 1964 Tokyo Olympic. There is a Banzaiten statue, with both Eastern and Western female statues. Among them one statures evokes Greek antiquity; the origins of the Olympic Games and Enoshima combined. 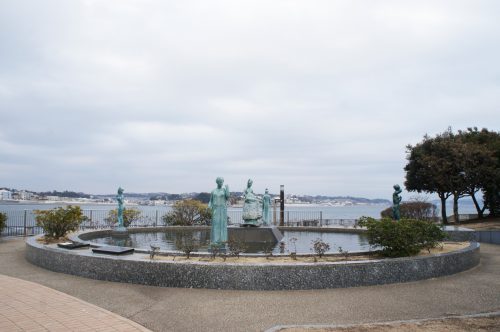 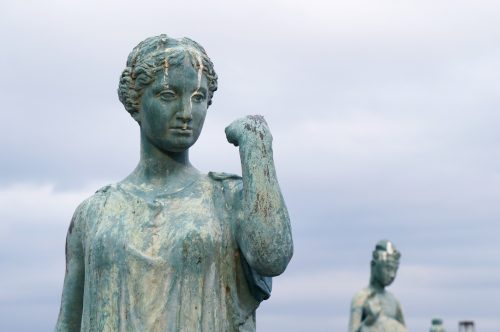 As in 1964, the sailing competitions of the Tokyo 2020 Olympic Games will be held in Enoshima, in 56 years!

In order to host the game, a new building called the “Yacht Club House” was inaugurated on June, 2014. The architects Yoshiro Taniguchi and Mizuki Yamade designed a building all in windows and raw concrete with white roof waving shaped. The entrance is free and there is a café, a sailing equipment store and an outdoor observation deck, ideal for competitions, or simply to admire the bay. 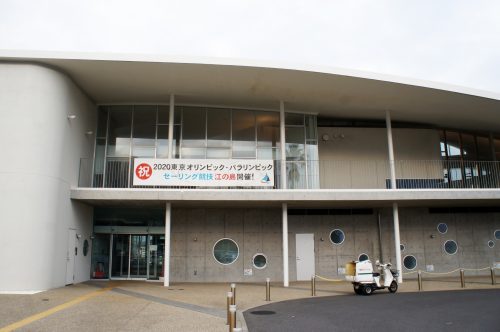 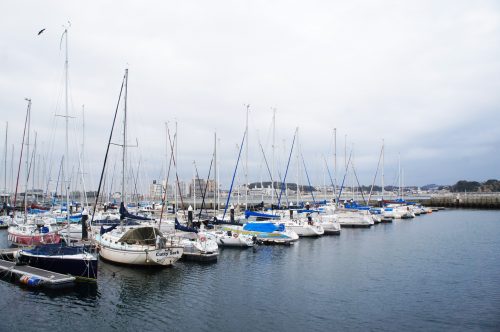 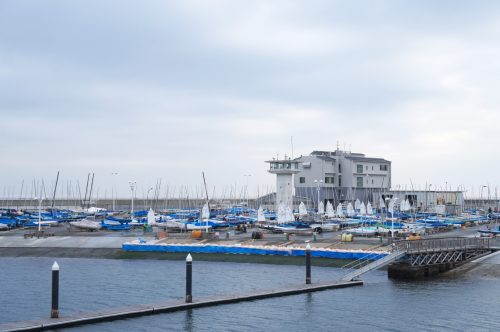 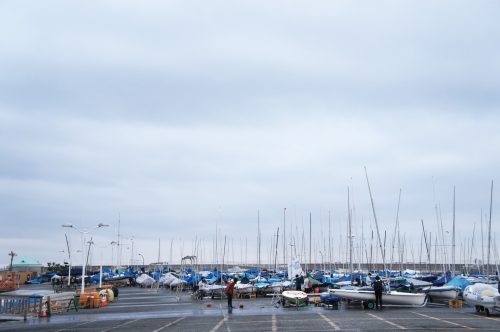 Waiting for the next match: The 2019 Sailing World Cup

But the Olympics are not the only international competition to be held in the coming months in the port of Enoshima. It will host the first round of the 2019 World Cup Series (Sailing World Cup) from September 9 to 16, 2018. 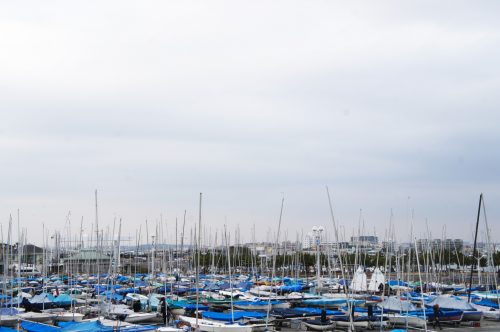 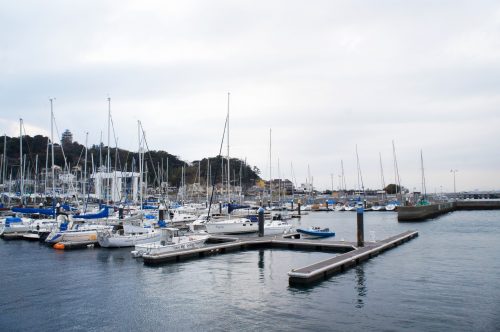 While waiting for these prestigious competitions, you can still observe boats floating on the ocean; you can even see kids practicing sailing and returning the port. 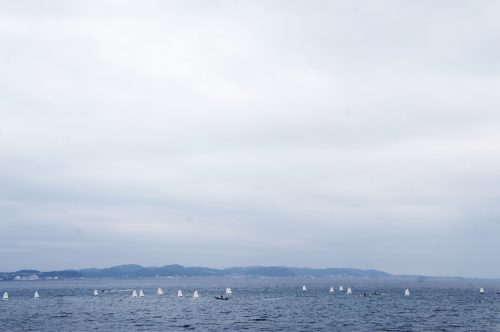 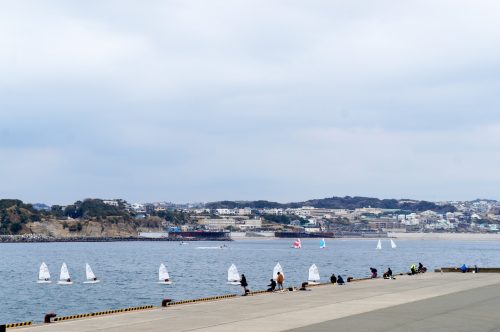 Walk around the Marina to Discover a Hidden Aspect of Enoshima

Apart from these events, and even if you are not keen on sailing, the Enoshima Marina offers a pleasant setting for a walk and allows you to discover the island in a whole new light.

From Olympic Memorial Park, a short walk takes you to the Benten-bashi bridge that connects Enoshima to the coast. The place is quiet and ideal for a break. But note that there are many hawks here, they might steal some food if you do a picnic break. 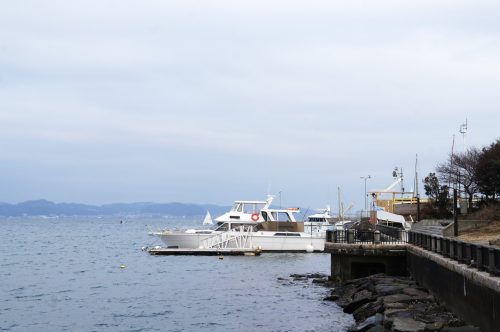 Walk towards the center on the Center Promenade, located behind the “Yacht Club House”, allows you to cross the port to be closer to the moored boats. 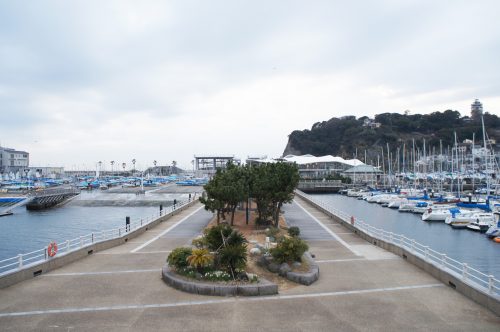 At the end of the port, a dike jutting into the sea, with a white lighthouse at its end; which is 18 meters high. The place is quiet (although I visited it on a Sunday, I was almost alone there) and offers you a view of harbor and the ocean on the other side. 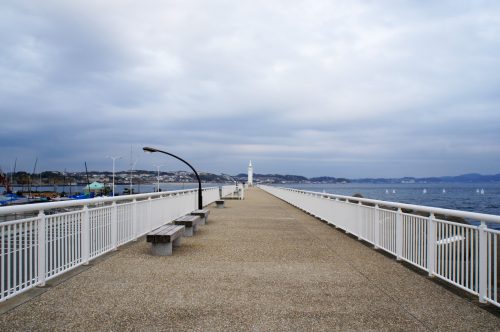 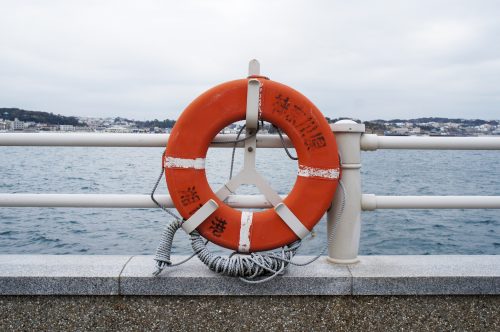 More information about Enoshima and the surrounding area on the Fujisawa City Tourism Official website. You will find all the necessary information to prepare your trip.

For more information on the Tokyo 2020 Olympic Games, visit the official website.

You can also visit the Enoshima Olympic Week website.

Enoshima is within walking distance of Enoshima (Enoden), Katase-Enoshima (Odakyu line) and Shonan-Enoshima (Shonan monorail) stations. Allow about 1 hour from Tokyo or Yokohama and about 20 minutes from Kamakura.