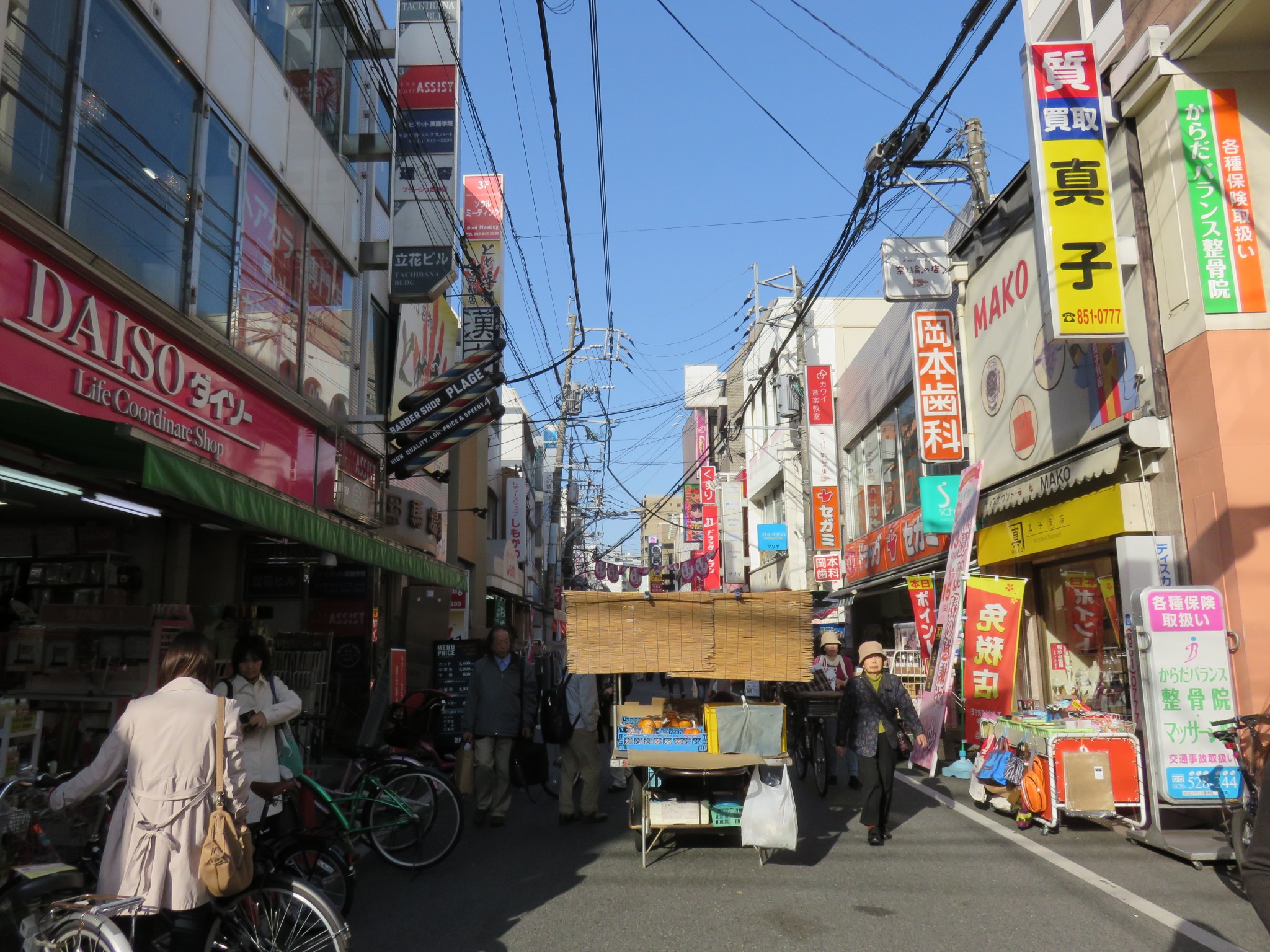 Just a few stops on the subway from Tenjin, Nishijin Shopping Arcade has more of a small town atmosphere, with all the convenience of the city. 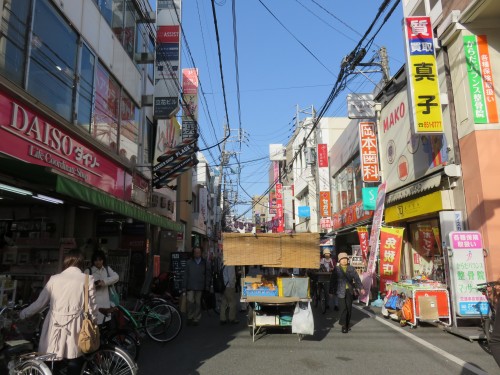 Nishijin Shopping Arcade is an open air arcade with a variety of stores and places to eat. The street runs from just outside Nishijin station and is around 1.5km long. There are 280 shops selling a wide variety of items, as well as plenty of places to eat or stop at for a coffee break. 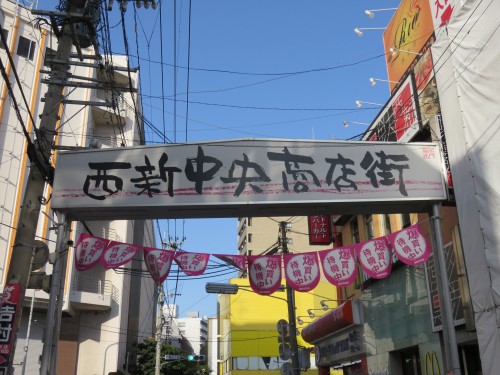 The atmosphere of this area is different to other parts of Fukuoka City like Tenjin and Hakata. There are no big department stores; instead there is a selection of both local and big chain stores. Nishijin Shopping Arcade is the perfect place to see a more traditional side of Fukuoka City. 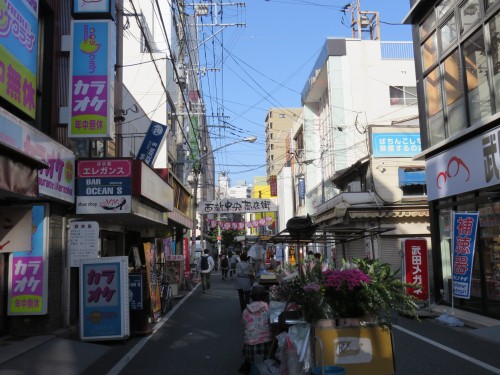 The area has a mix of modern stores and traditional ones, including some street vendors selling fruits and vegetables. During the day the area is bustling with activity. Access to the street for cars is restricted but it can get crowded with shoppers walking around.

If you’re looking for a place to eat out, there are some big chains like McDonald’s and the family restaurant Saizeriya, or you can try one of the many local restaurants and cafes. There’s a lot to choose from, so don’t be afraid to try something new! There’s a wide selection including Japanese, Indian, Korean as well as Western foods. 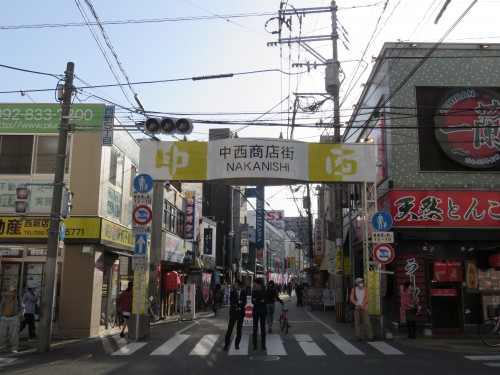 For shopping there’s a selection of local stores, as well as the supermarket Max Value, Daiso and of course, convenience stores. A popular store is “Horaku Manju”, which sells sweet bean dumplings. There’s usually a long line but it’s worth the wait!

In addition to the stores, there are also massage parlours and beauty salons. If you need toiletries or medicine, there are several drug stores including Drug Eleven which is conveniently open until 11pm. Many of these stores are also tax free for foreign shoppers if you show your passport upon purchase.

Another feature of the shopping street are the many pachinko parlors. Unlike many other pachinko parlors, most in Nishijin are non-smoking. If you’re interested at taking a look at this part of Japan, Nishijin is a great place to try, or just observe it a little, without worrying about smoke! 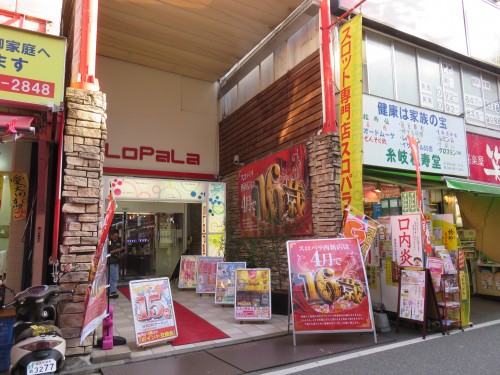 With its combination of local vendors, larger stores and the bright lights of the many pachinko parlors, Nishijin Shopping Arcade has its own unique atmosphere and personality.