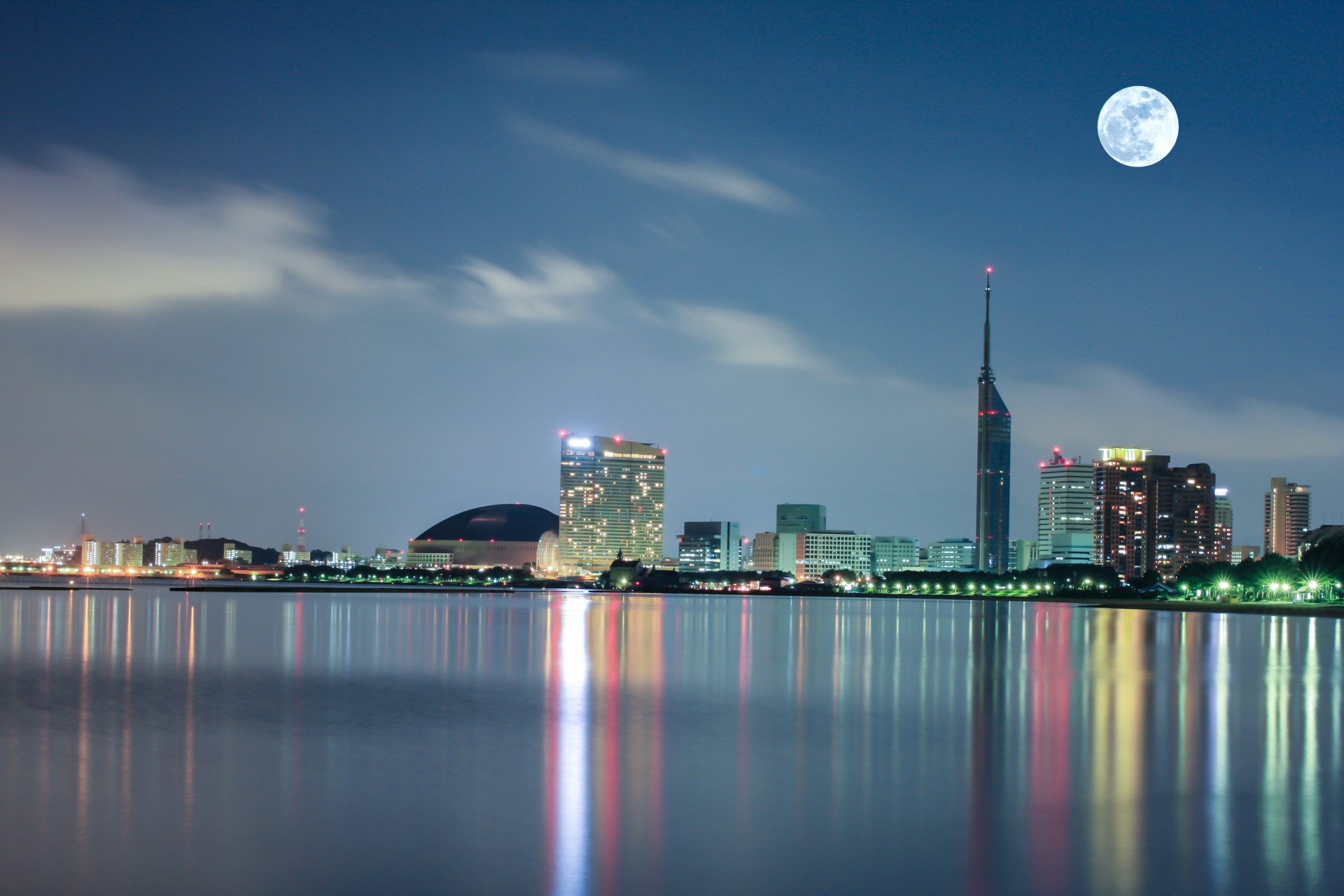 The seaside area Momochi is a recently developed area of Fukuoka City, featuring some of the biggest landmarks in Fukuoka. 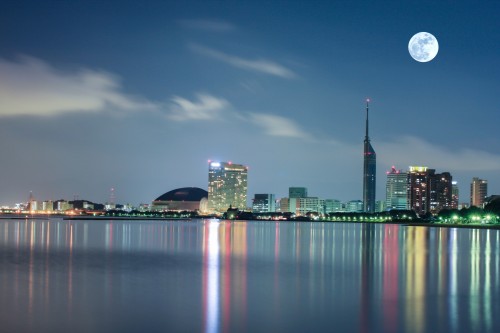 Seaside Momochi is a part of Fukuoka City built and developed on reclaimed land. It was built in 1989 and has unique, modern designed buildings on the edge of Hakata Bay. The landmarks here are often used in artwork and publicity to promote the city.

Fukuoka Tower is located in Momochi. Built in 1989, the tower is now a symbol of the city. It’s a great place to see some spectacular views over Fukuoka City, and is the tallest seaside tower in Japan. From the ground it’s a stunning sight both night and day. The mirrors decorating the walls make it a beautiful sight in the sun, while at night the tower is lit up in various designs of lights which change seasonally. The tower is a popular spot for couples, with its “Lovers Sanctuary” at the top. 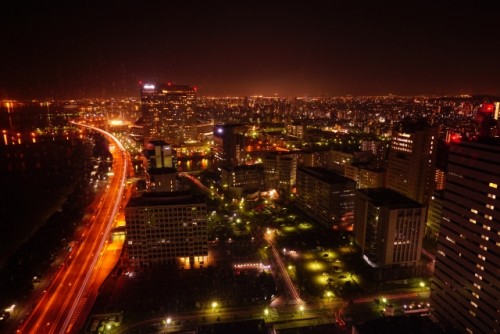 In front of the tower is the man-made beach, Momochihama. With the city as a backdrop, the beach offers some unique views. A popular spot for swimming and beach sports in the summer, there’s also a man-made island with some shops. Not to mention various wonderful places to eat and a wedding hall.

Another famous spot in Momochi is Fukuoka Dome – home of the baseball team Softbank Hawks. You can take in the exciting atmosphere of a Japanese baseball game, or attend some of the other events held here. Concerts are often held here. Like Fukuoka Tower, the dome is now a symbol of the city. It was built in 1993 and has been renamed a few times, now known as the Fukuoka Yahuoku Dome. It’s also the first stadium in Japan with a retractable roof. 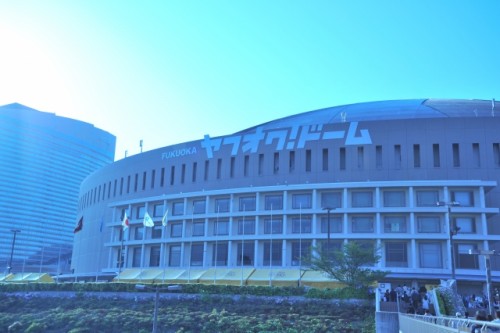 Just outside the dome is the Hawks Town Mall, with a variety of stores, restaurants and amusements. There are lots of popular brands, as well as a cinema and a Namco game center.

The Fukuoka City Museum is also located here. You can learn about the history and culture of the local area, in particular about how Fukuoka was an important point of trade between Japan and Korea. A lot of the information here is also in English. 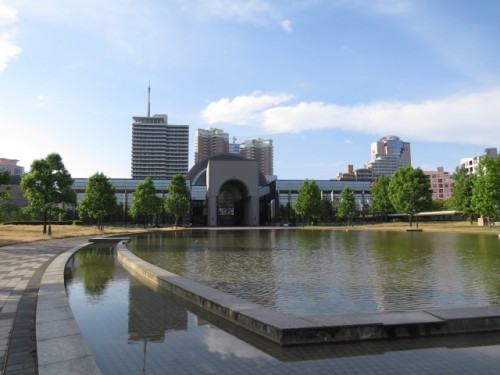 Seaside Momochi is the perfect place to see some of Fukuoka City’s iconic landmarks. You can enjoy views of the sea as well as the modern buildings and designs. There’s plenty to see and do on a day trip here! 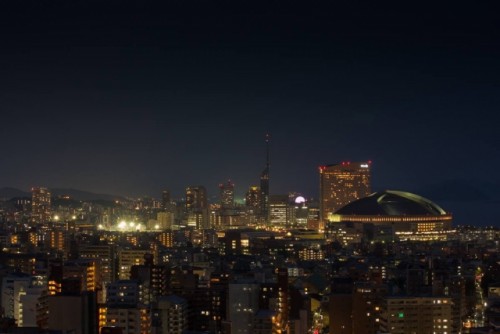