You have seen most of the local sites and museums and are looking for something fun to do but do not feel like walking around all afternoon. What is there to do? I am glad you asked, why not catch a baseball game at one of the many stadiums in Japan? If you are in (or close to) the following cities you can watch a game (provided you are visiting from April to October):

I will not go too much into the history of baseball but it is not a new sport and has been around in Japan since 1949. The rules are similar to the American version of the game with the exception of strike zone sizes, a smaller ball and the size of the fields. Talent wise I would say Japan baseball is a step below Major League Baseball but close to Triple-A ball in the USA. You might even notice a few ex-MLB players on a team roster when going to a game.

Getting a ticket is very easy in Japan as you can just walk up to the ticket booth on game day and get a ticket. Unless there is a playoff game or a heated rivalry game or a game where a record will be broken, you should have no trouble getting a ticket. Ticket prices are fair and about the same as a minor league game in the USA. Bleacher seats are usually under 1000 yen and 3500 yen will get you a decent seat in some stadiums.  If you are nervous and want to get a ticket in advance, some convenience stores or kiosks in the mall sell the tickets. Be sure to specify what team you are cheering for though, as those cheering for the away team have their own section.

Getting to the baseball stadium is far easier in Japan than in the USA as you can take the train and walk a few minutes to the stadium. On game day some trains have the team logo on it so it is very easy to find the train you need. Also, you will know you are on the right train if you see lots of fans in jerseys and caps. If all else fails and you are unsure which stop to get off at, just follow the crowd off the train and follow them to the stadium. 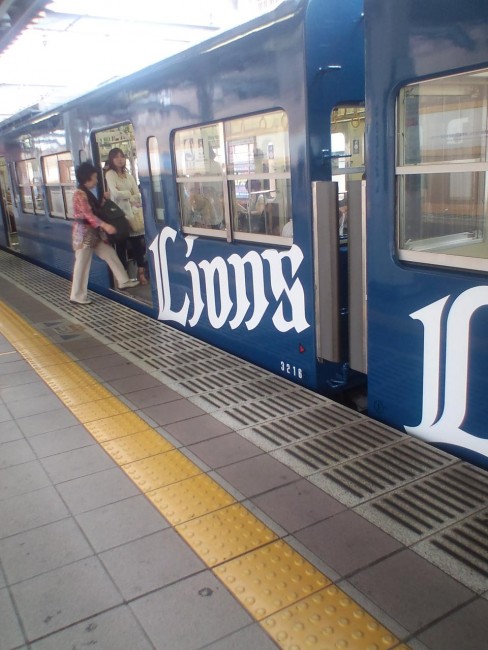 Train to the Seibu Lions stadium in Saitama. 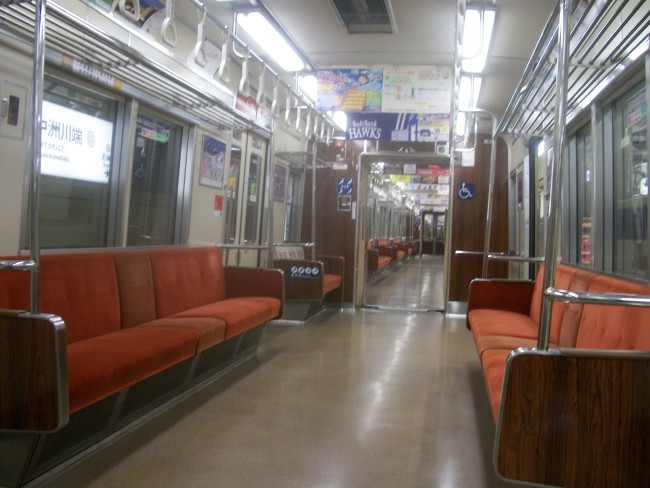 Notice the Softbank Hawks ads on the train. 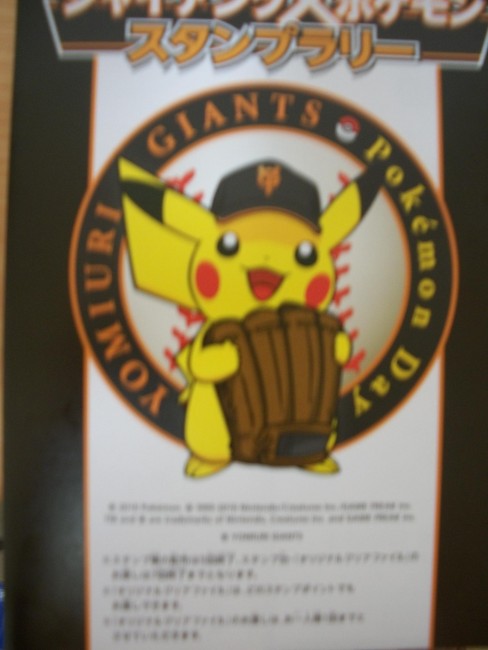 Expect to see something like this upon entering the stadium.

During the game you might get hungry and each stadium has a wide variety of food ranging from local flavors to KFC to Baskin Robbins. The prices are not that bad as a plate of yakisoba will cost you about 500 yen. The beer on the other hand will set you back about 700 to 800 yen for a cup. Beer is served by women who mostly carry a keg on their back or have a basket of cups as seen in the photo below. 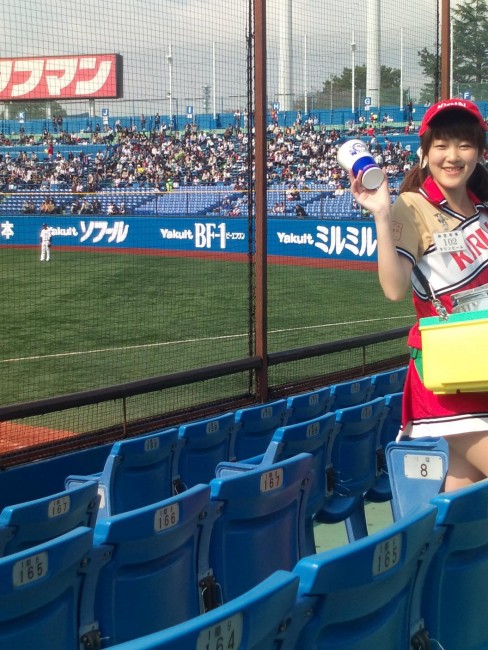 Also, the views are rarely obstructed and as you can see in the photo below, going to an afternoon baseball game on a weekday means plenty of open seats and no long lines for food or toilets.

A Tuesday afternoon game at Jingu Stadium, home of the Yakult Swallows in Tokyo.

As opposed to a night game (same team), where the stadium gets jammed packed as lots of business men will be at the game in their suit.

Jingu Stadium on a Saturday night.

Lastly, be sure to get some souvenirs before you leave the game. They sell apparel and other team merchandise in the stadium and after the game, you should be able to get some items outside the stadium. If you have kids or would just like to get an autograph, be sure to hang out after the game; I have found the players to be very accommodating and easy to approach. Be sure to thank them after an autograph!