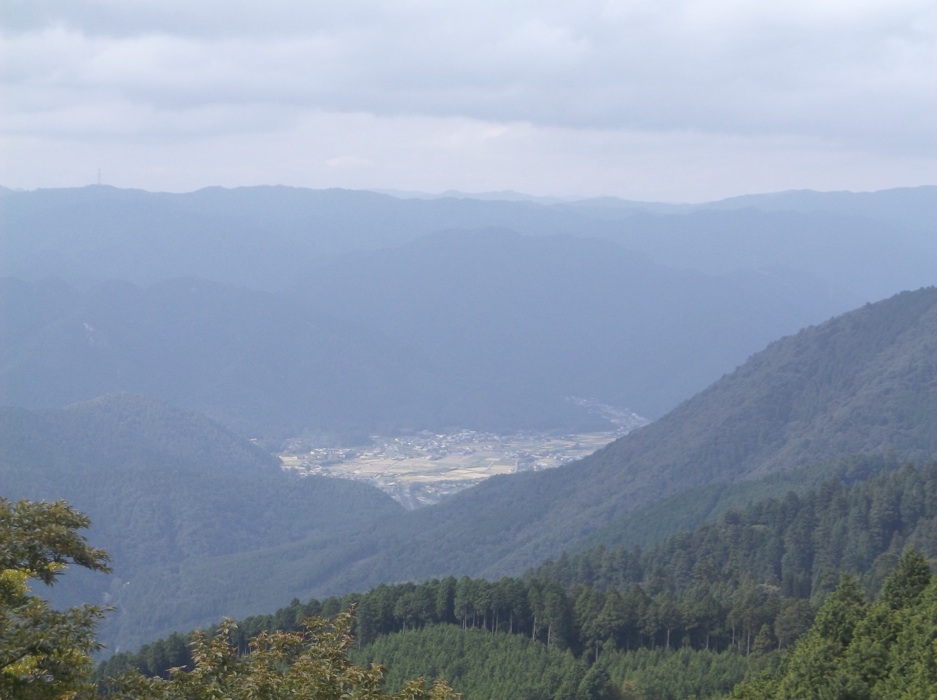 Hiei: a spiritual mountain and home to Enryaku-ji temple

At almost any point in Japan, if you look to the horizon, you will see a mountain. Coming to a country with so many mountains, you may feel a natural desire to ascend to the summit, and if you make this decision, you will not be disappointed.

Bordering Kyoto and Shiga prefecture is Mount Hiei, home to Enryaku-ji temple which is the headquarters of the Tendai sect of Buddhism. Enryaku-ji temple is recognised as a UNESCO World Heritage Site under the banner of “Historic Monuments of Ancient Kyoto (Kyoto, Uji and Otsu Cities),” and is composed of eight buildings and many waypoints. Founded in 788, this near-ancient complex has been well looked after, and is still a major spot for tourists and pilgrims.

Looking to the horizon, I saw Hiei; its summit towering at 2,782 ft, I knew I had to climb it. Unaware of the bus service that runs to Sakamoto, (the part of Otsu that is base to a cable car up to Enryaku-ji temple) I decided to walk to the foot of the mountain from Otsu station. The 9km walk was not very awe-inspiring, and often I found that I would need to cross to different sides of the road to find the best route, but as I got closer I found myself on a historical pilgrimage route.

I first realised this when I came across an impressive statue of a female bodhisattva. On that lonely road, I could not help but feel a great feeling of spiritual power, if only from the amazing craftsmanship of the statue. 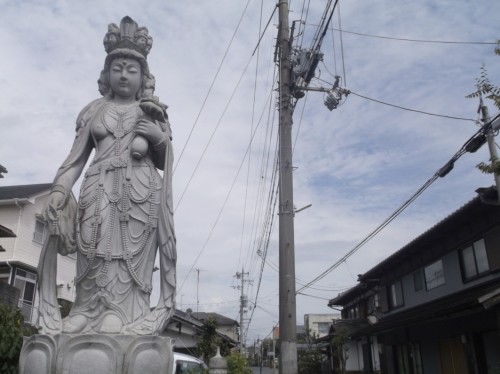 Although the historical route winds through a residential area, I was alone for the entire path, and could easily pretend that I had been travelling for days just to see these monuments.

I pressed onward and found Sakamoto and its station. (A much easier journey would be to take the Keihan line from Hammaotsu or Zeze station in Otsu, Shiga.) It was still fairly quiet, but I could sense that I was reaching my destination, as I met more people on my journey. Sakamoto sits at the foot of Mount Hiei and is very much a good representation of the quieter life in Japan. As Hiei is on the border of Kyoto and Otsu, you are able to take a cable car from either side. However, if you are on a lower budget, and want to get some exercise in or simply want to see just a little more, I was able to find a not-so-secret entrance to the mountain.

Drawing closer to the mountainside, grey torii gates will indicate that you are closing in on your destination, as well as a small temple at the base, and a scenic walk by waterways that run along the road. 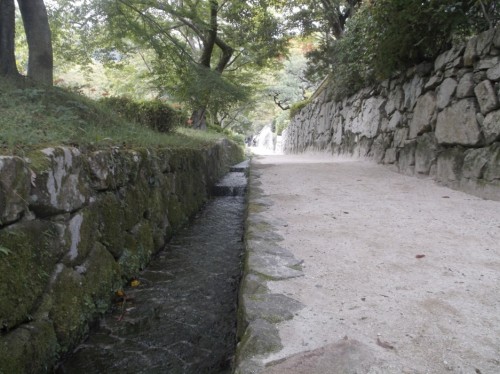 I was then met by some grand stairs just beyond a sign post that indicated the direction to the ropeway. Curiosity took over and I decided that the stairs were far better, as it looked like the beginning of a great journey into the woods, into the natural landscape of Japan. I was not disappointed. 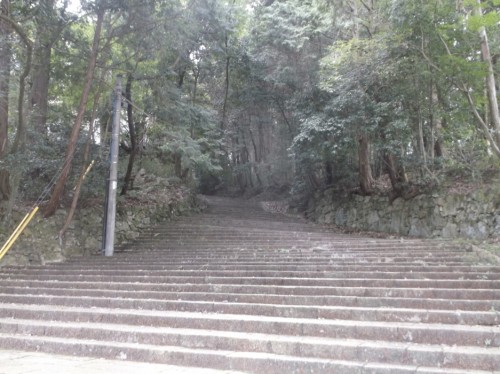 Surrounded by lush greenery I continued upward, and thought that perhaps this was the only way up the mountain, entirely forgetting about the cable car as I became absorbed into my surroundings. Not many people opted for this route, I passed maybe five other travellers and the sounds of a school’s music class on my ascent. Some of the stairs were very steep, but nothing too hard to climb.After some time, however, these stairs were no more and I climbed the eroded pathway, which seemed to have been damaged by water, though there was no sign of any stream. 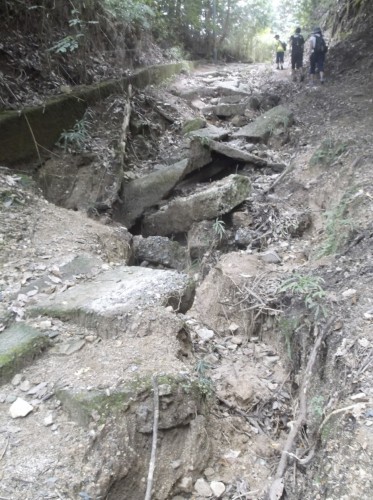 Despite the appearance, this pathway is actually quite secure and can open up to some amazing sights looking over Japan’s biggest lake, Lake Biwa. 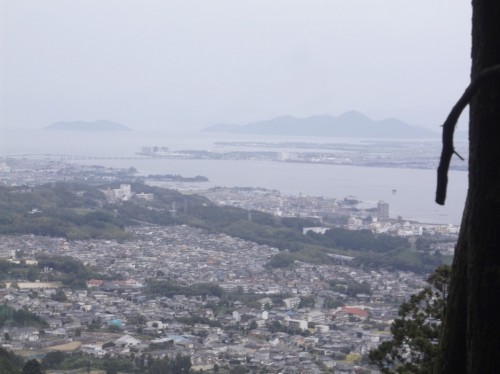 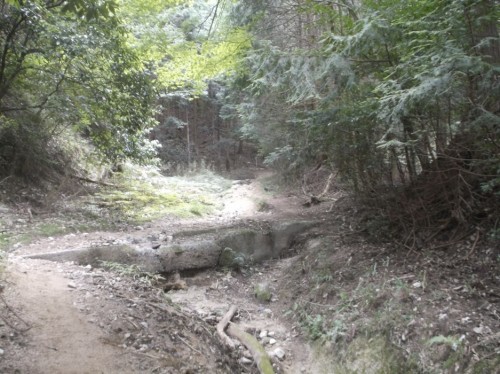 Along the path, you will also be able to see many way-shrines, and the beautiful flora of Japan. 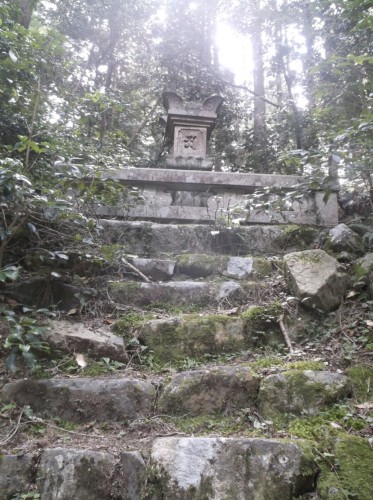 After a climb through the beautiful woods, I found myself at a steep road, leading up past Mt Hiei’s hotel. By taking this path, I had inadvertently cut out the entry fee to Enryaku-ji temple, and I was greeted by the impressive temple buildings and the many tourists who opted to take the cable car.

Enryaku-ji temple is spread around the mountain, but generally you can follow the flow of people to find the major points, or else wander and explore on your own. Just like many temples, there are places to buy souvenirs and also a restaurant.

I was drawn by the sound of a bell and followed the sound to find a very large bell, and tourists lining up to ring it with the mighty wooden rod made from a log. 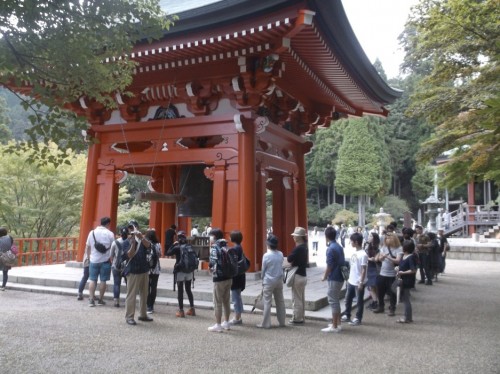 One building held a replica of the mountainside, and showed the cable car route, and made me realise that while I had walked a long way, I was not yet at the summit. The summit was a short bus journey away, but I was determined to find another way, and again I found a less-travelled path. 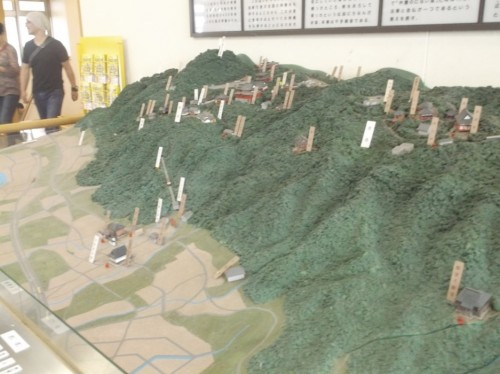 I followed some other hikers and saw some more amazing pathways, way-shrines and a continuation of the amazing nature. 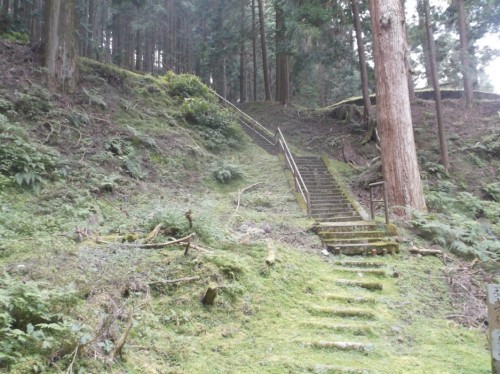 Again, I was quite amazed that not so many people were taking this path which lead to the true summit, marked by a small monument of leaves, twigs, stones, a wooden post and a concrete marker. It seemed as though travellers had reached the summit and left their own mark. I joined them by leaving a small stone.

There is also a signpost, marking the 848 meters you have just travelled up the mountain. 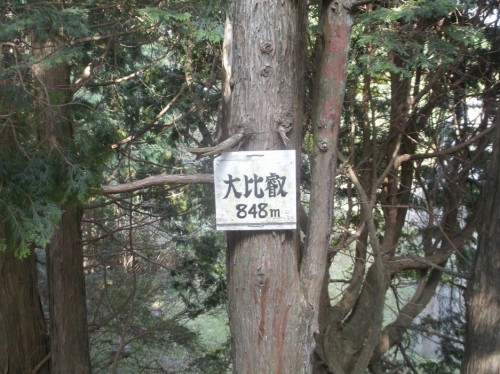 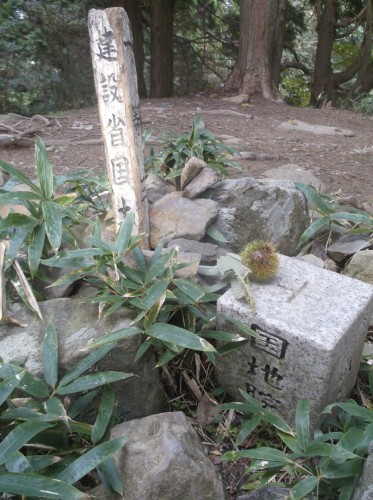 It is very peaceful atop the mountain; I took the time to take a breather and simply look around the silent mountain top. I could certainly feel the affinity with nature that lends itself to Japanese animism. And of course, looking out you can see much of Shiga and Kyoto, the view truly is breathtaking. 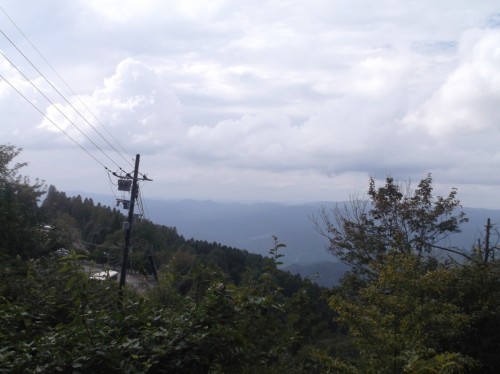 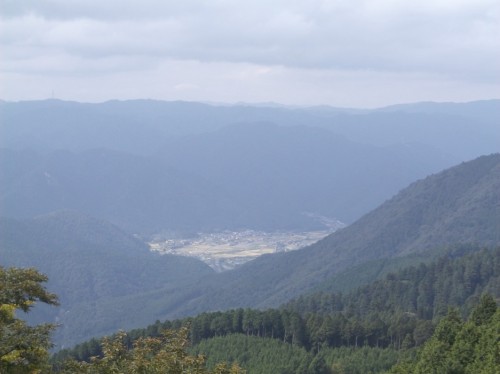