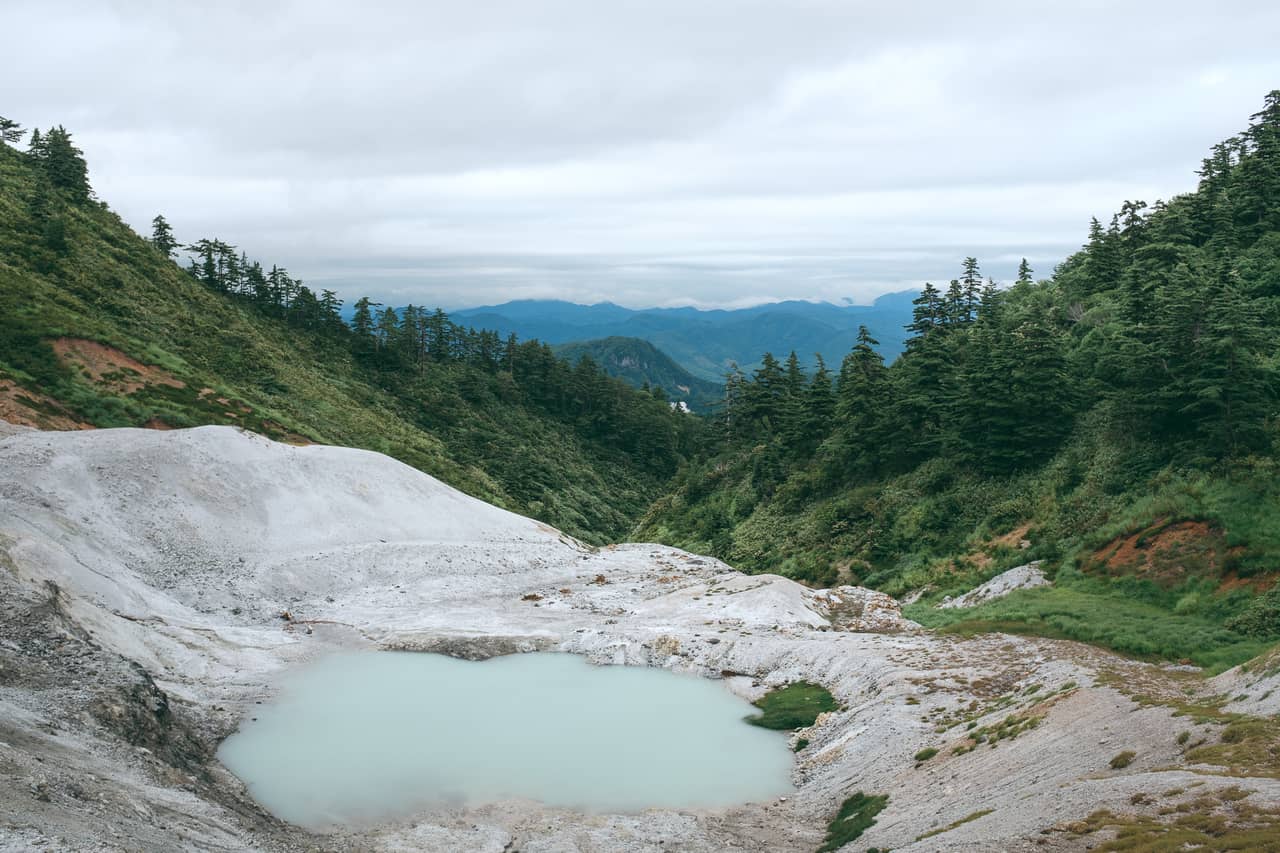 Hiking Around the Hot Springs of Yuzawa, in the Tohoku Region

Yuzawa, located in Akita Prefecture, is not only known for its udon noodles, which are popular all over Japan. The city is nestled in the middle of mountains and former volcanoes. It is also a great place to enjoy local onsen. While you can find many onsen across Japan, it is a luxury to enjoy one with the unique, breathtaking landscapes that Yuzawa’s onsens have to offer. Hiking in the Yuzawa’s mountains will also lead you to one of the most sacred places in Japan, offering you a one-of-a-kind panorama view. 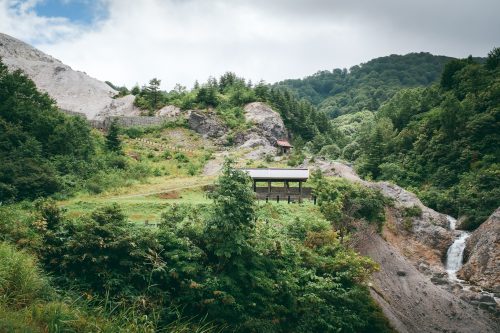 When wandering around the mountains surrounding Yuzawa in the summer months, you’ll find yourself in the middle of dense forest. With only greenery around, stretching as far as the eye can see, a beautiful and peaceful pathway runs straight through this landscape allowing you to take in deep breaths of fresh air. The road is curvy and the clouds are low. 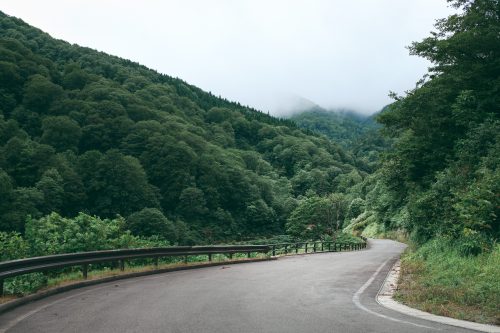 Then suddenly, a smell of sulphur starts filling the air. The smell gets stronger and stronger, becoming impossible to ignore… And with the turning of the road it finally appears. White, contrasting with the surrounding greenery. It is the Kawarage Jigoku. 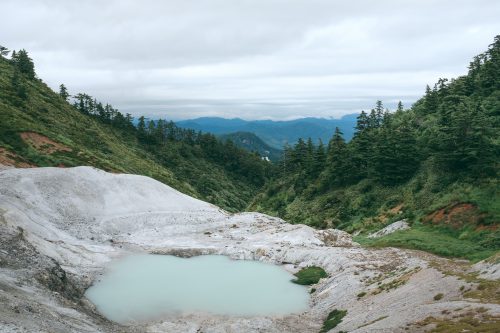 In Japanese, “jigoku“ means hell. So this literally translates to the “hell of Kawarage”. And you quickly understand where it gets its name from. The mountain, an ancient volcano, is very arid, with most of the vegetation unable to develop because of the volcanic gas and the acid soil. The volcanic fumes are so strong that it is sometimes impossible to climb on the mount itself. 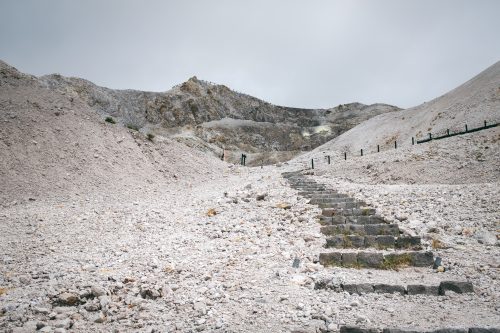 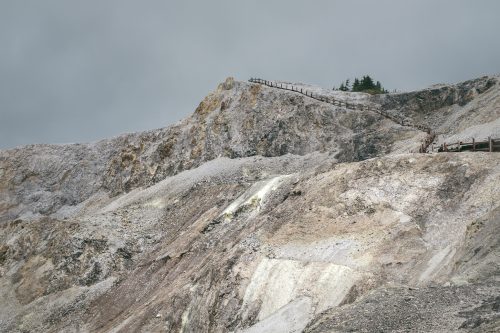 The site used to be exploited as a sulphur mine during the Edo Period. But contrary to what its name could suggest at first, it is actually a sacred site. One of the three most important spiritual places in Japan, together with Mount Osorezan and Mount Tateyama. The first ascent of the mountain was made in year 807 by monk Gesso. There has since been a pathway created to walk around Kawarage Jigoku. 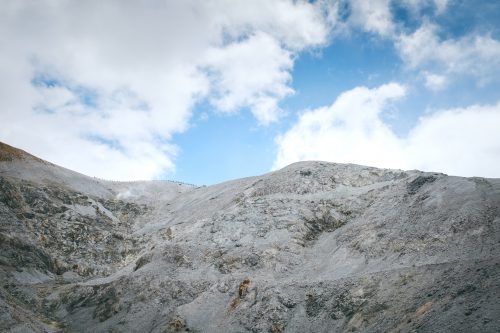 The contrast between this small arid mountain and the green mountains around is absolutely striking. I was actually surprised that I did not come across anyone else while I was there. Quite removed from large cities in Northern Japan, this place is far less visited than similar spots such as Owakudani in Hakone. I think this is an advantage Kawarage Jigoku has, facing its unique beauty by yourself offers stronger and more intimate experience than you’d have while dealing with hordes of tourists. 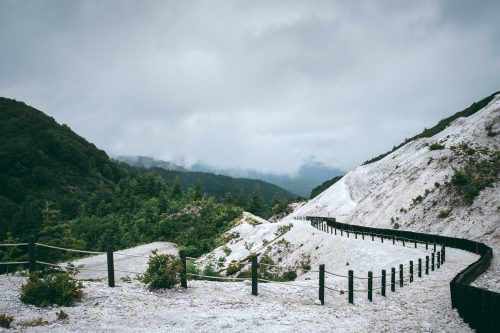 The hiking pathway extends past Kawarage Jigoku. The stony landscapes slowly disappear to give way to greenery again. And yet, the place remains quite unusual, with strange vapor clouds coming up from the water further down. The path actually leads to a river which draws its water from the deep springs of this ancient volcanic massif. The water is still piping hot. 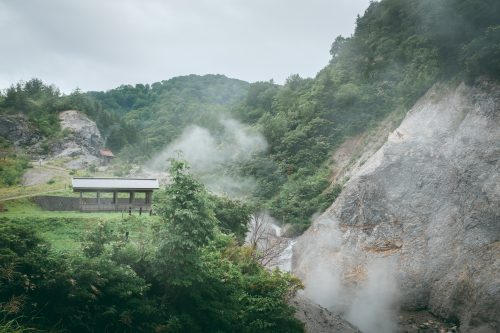 The hike ends at the foot of the waterfall, Kawarage Oyutaki. A one-of-a-kind waterfall made with thermal water. The warm waters of the volcano, blended with the water of the river, creating the ideal temperature to take a bath in nature during summer. 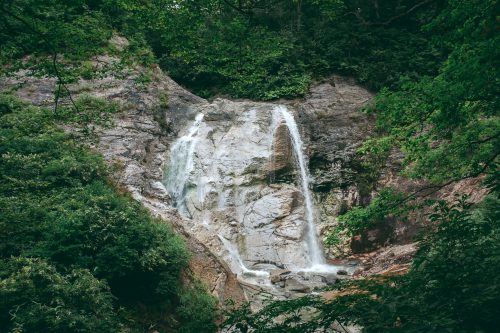 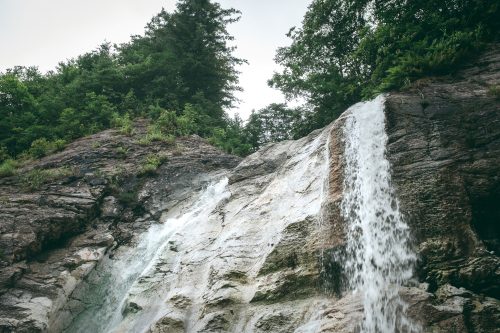 The water is not very deep and its temperature is perfect to spend some time soaking. Seated on a few rocks, with half of your body immersed in this naturally hot water, the Kawarage Oyutaki casacade offers the perfect spot to be at one with nature. It is mandatory to wear a swimsuit to enjoy bathing in the cascade. The temperature of the water can change depending on the flow of the river which mixes with the thermal water. It is possible to enjoy a bath there from early July to mid September. Keep in mind however that these thermal waters are quite acidic and they can, in some cases, cause a bit of skin irritation. 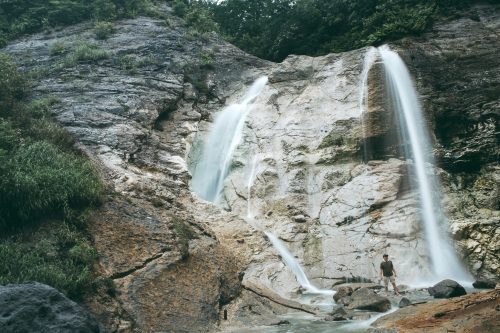 To relax after a day spent hiking, there’s nothing better than unwinding for awhile in an onsen. Doroyu Onsen is a small village with the main activities there focusing on the region’s thermal water. Okuyama Ryokan is the perfect place to enjoy the hot spring water in a beautiful open-air bath. A large pool filled with milky and deliciously hot water is ready to welcome you and let your stresses melt away. 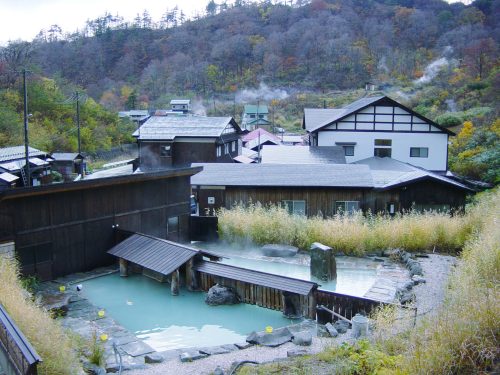 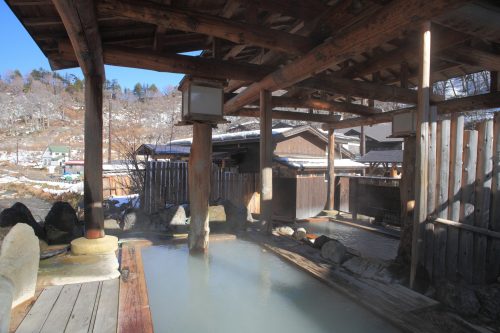 Ogura Ryokan also offers the daytime bathing, with a much more sober but authentic setting. The same milky water provides a relaxing moment in a small wooden bathhouse building, a full immersion into the traditional side of Japan. 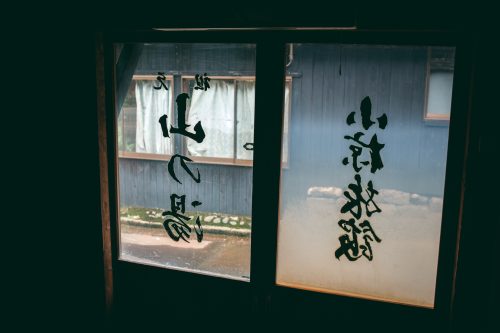 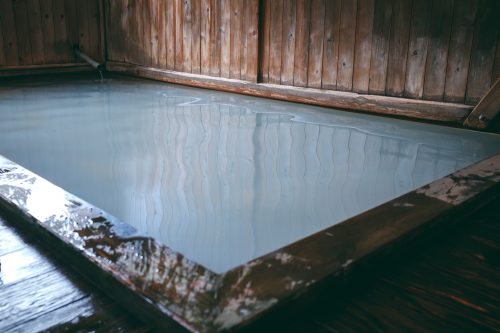 Nowadays, it is actually a rather rare thing to witness a wooden floor in a sento (public bath). This is the way sento were traditionally built in Japan, but have gradually been replaced by tiles for over a century. It is truly a unique opportunity to discover these witnesses of a more traditional Japan as they become more and more rare to find. 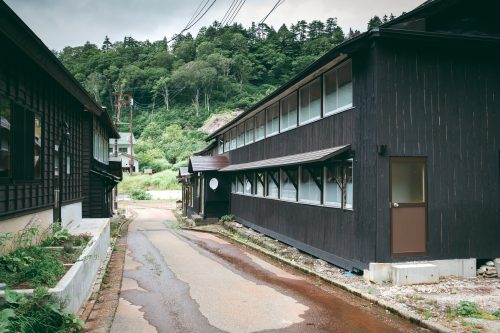 There are two ways you can get to Kawarage Jigoku and Doroyu Onsen. If renting a car is an option for you, you will need to drive for 45 minutes from Yuzawa to Doroyu Onsen. Just a few more minutes and you will reach Kawarage Jigoku. A parking lot is located just next to the ancient volcano from which you will be able to start hiking to the Kawarage Oyutaki waterfall. 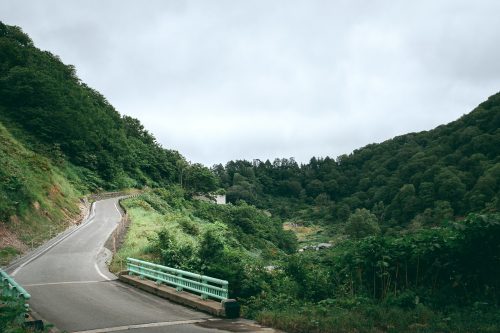 If you cannot rent a car, the city of Yuzawa has a shuttle service available that you can book in advance, whether you travel by yourself or with a group. The shuttle is in service between the beginning of July until the end of October. You can find all the shuttle service information on this website (and even make an online reservation). The shuttle departs from Yuzawa Station and will drop you at Doroyu Onsen. It is very convenient, especially when you can’t drive in Japan. You will then be able to reach Kawarage Jigoku by foot from Doroyu Onsen. Keep in mind that the first part of the hike can be a bit difficult. You will need to follow the road going up the mountain, which offers beautiful panoramas but which can also tire your legs after a while if you are not used to hiking.