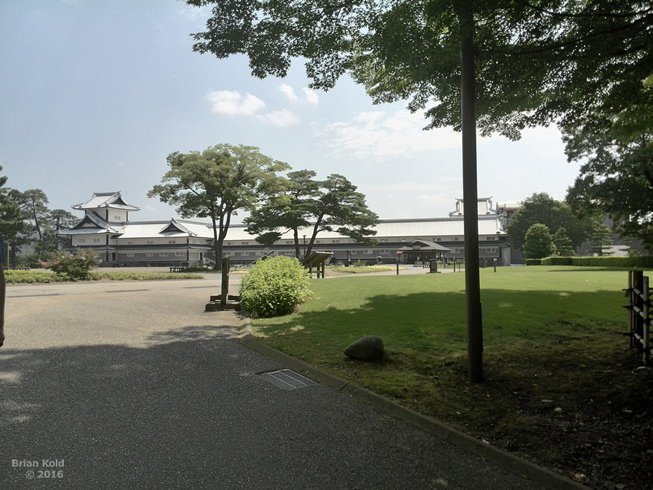 Kanazawa Castle – A testimony to history and determination

Throughout Japan you will find countless of villages nicknamed “Little Edo”, but only Kanazawa has earned the nickname of “Little Kyoto”, even though its far from little. Kanazawa during the Edo period was the seat of power of the Maeda clan who was only second to the Tokugawa clan in domains control led and wealth. Our first stop in exploring Kanazawa’s rustic small town charm can therefore be none other then Kanazawa Castle. 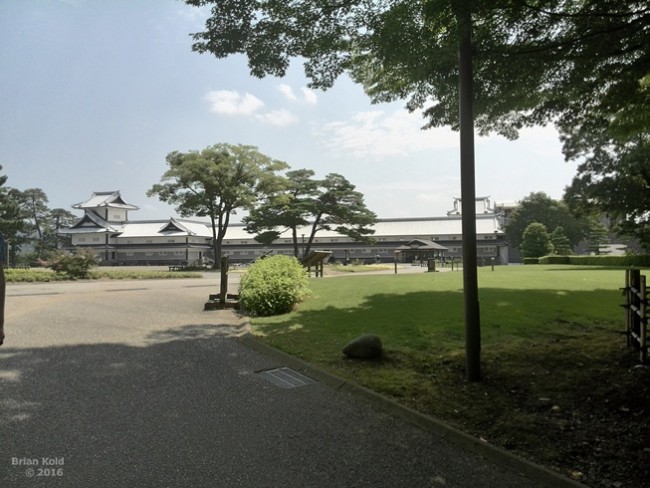 Like many of Japan’s castles, Kanazawa’s also started humbly as a small fort with a town around it in 1580. This humble phase did not last for long as it was already in 1583, when lord Maeda Toshiie took over control of the domain, that its full-scale construction began. The castle was planned out with large spacious grounds surrounding a truly massive six-level main keep which you could see on the horizon from miles away. 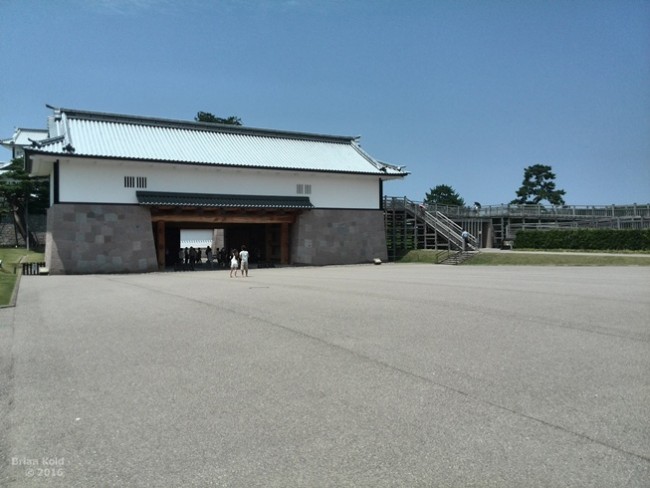 Just like its humble period, Kanazawa castle’s peak was also short-lived. The main keep burned down due to lightning less than 20 years after its construction in 1602, never to be rebuilt. Over the centuries that followed several other fires destroyed parts of the castle. After the last great fire in 1881 only three buildings survived, its two storehouses and the Ishikawa-mon Gate. With a breath of relief, like Kyoto, Kanazawa was not bombed during World War II ensuring that much of its historic buildings still remain to this day. 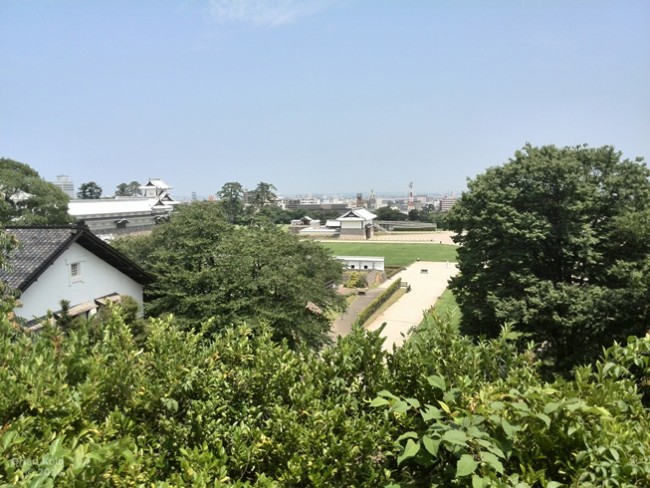 The city set out on the immense project to rebuild the castle after Kanazawa University, which used the castle grounds for several years, was moved elsewhere around 1990. As of today several buildings have been completed using traditional building techniques. Staying true to the original design the buildings emphasise horizontal lines and aesthetics with copper or lead panels and white plastered earthen walls. 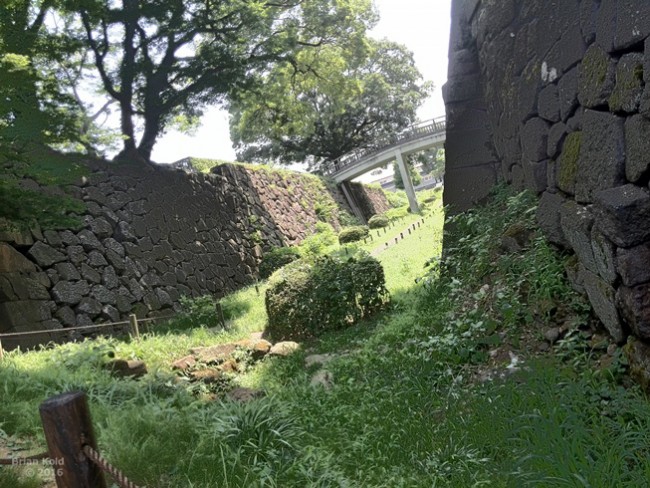 The two turrets named Hishi and Tsuzuki Yagura as well as the central long storehouse, Gojukken Nagaya, were the first to be completed in 2001. These three buildings have been opened to the public for a minor admission fee. In 2010 the castle’s main gate, Kahoku-mon, was also completed. Those of you who are interested in the castle’s rich history or the traditional building techniques that were used at the time can run up to the upper floor and see the freely accessible display there. The Hashizume-mon gate and Gyokuseninmaru garden with its central pond and walking path followed in 2015. 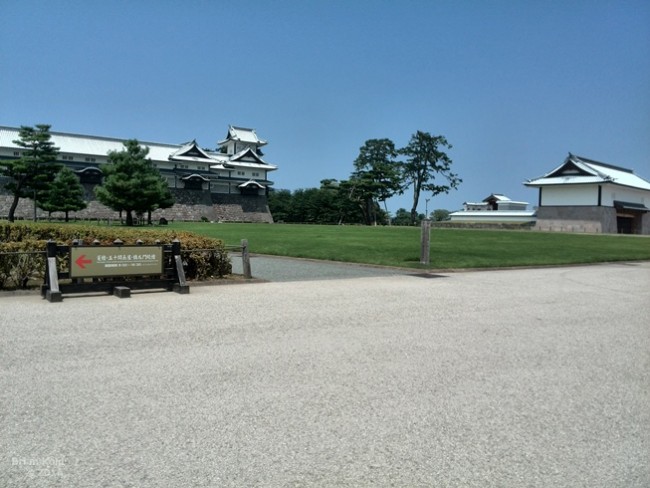 Kanazawa Castle is as much a testament to the city’s history as it is to the current city’s determination to undertake the challenging project to rebuild it. For anyone visiting Kanazawa, the castle grounds offer a pleasant stroll, well sign-posted, and information displayed in both Japanese and English to make it both enjoyable and informative.

Access, admission fee and opening hours
As you can imagine in a castle town like Kanazawa, the castle is located right in the middle of the town and easily accessible from Kanazawa Station by foot or by bus. The castle grounds are freely accessible throughout the day, but the storehouse and the turrets are open between 9:00 and 16:30 with a last entry at 16:00 for just 310 yen.