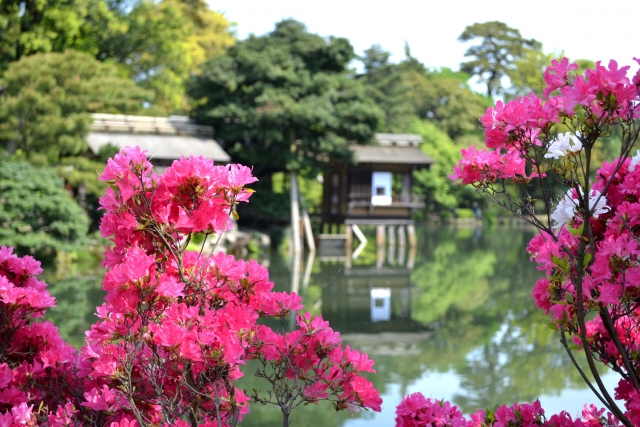 As one of Japan’s three most beautiful landscape gardens, Kenrokuen (兼六園) in Kanazawa has quite a name to live up to, and so it does. The garden located next to Kanazawa Castle was once the garden of the Maeda Clan’s feudal lords who reigned over their territories from here during the Edo Period (1603-1868). Many feudal lords strolled along its landscape with its ponds, hills and tea houses set on the spacious grounds. The geographic features, from the streams to the hills and trees, found throughout the garden truly invite you to follow in their footsteps. 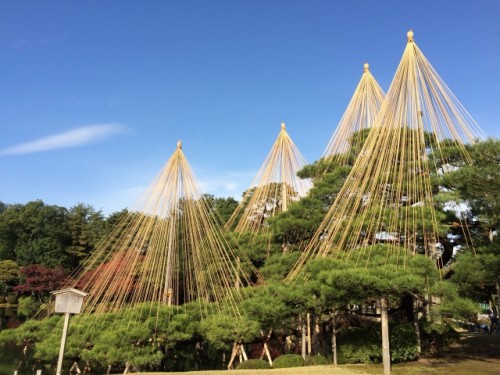 Since 1871 Kenrokuen opened its gates to the public and its Six Sublimities which have given it its name have captured their imagination throughout the years. According to ancient Chinese literature on gardens, a garden should aspire to three groups of complementary pairs: spaciousness-seclusion, artifice- antiquity and water-panoramas. 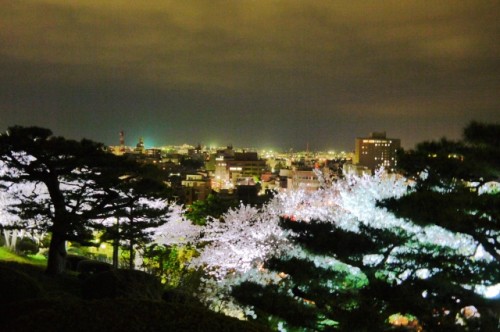 Although it is very rare for any of these pairs to co-exist, Kenrokuen is one of the few that combines all three pairs in harmony. The garden is naturally spacious and secluded, although its many open areas may it first seem to deny the presence of much privacy it harbours many smaller features which allow any visitor to seclude oneself. If you were not to know of it the garden seems to have been around far longer than its establishment in the 17th century. The weathered rocks, aged trees and naturally flowing streams of water have been cared for with so much diligence that they almost seem to have formed completely naturally rather than artificially designed and placed. 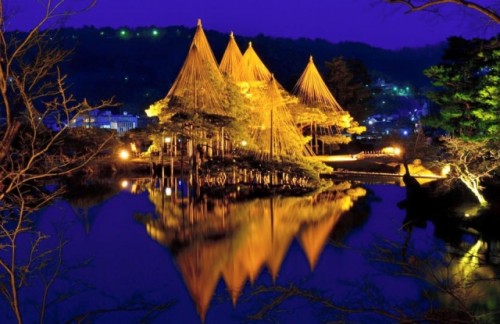 For the final sublime pair, you should look beyond the garden itself. Whereas you may find the ponds and streams within the garden walls, the panorama is found in its broadened view. With the Ushinada sand dunes, Noto-peninsula, Utatsuyama and Hakusan mountain in the distance, Kenrokuen’s sublimity cannot be confined within its walls. 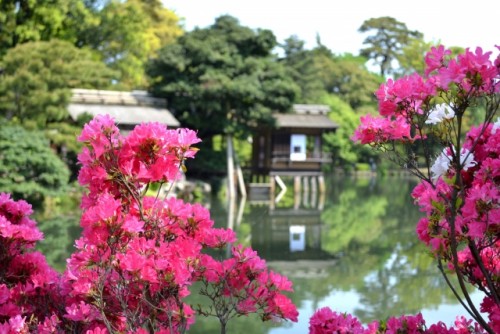 With the changing of the seasons Kenrokuen’s features also change offering new views to its visitors. The plum trees in the southern part of the garden come into bloom from mid-February to late March while on northern side its cherryblossoms follow soon after. As their blossom gently fall down to the streams of water below them summer flowers dot across the green landscape. In autumn the trees leaves change and the maple trees in particular bathe the garden in shades of red and orange. When winter sets in and the snowflakes start to cover the ground, the garden’s landscape again transforms into a stunning winter scene. 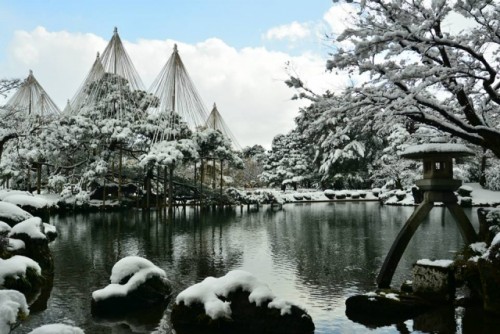