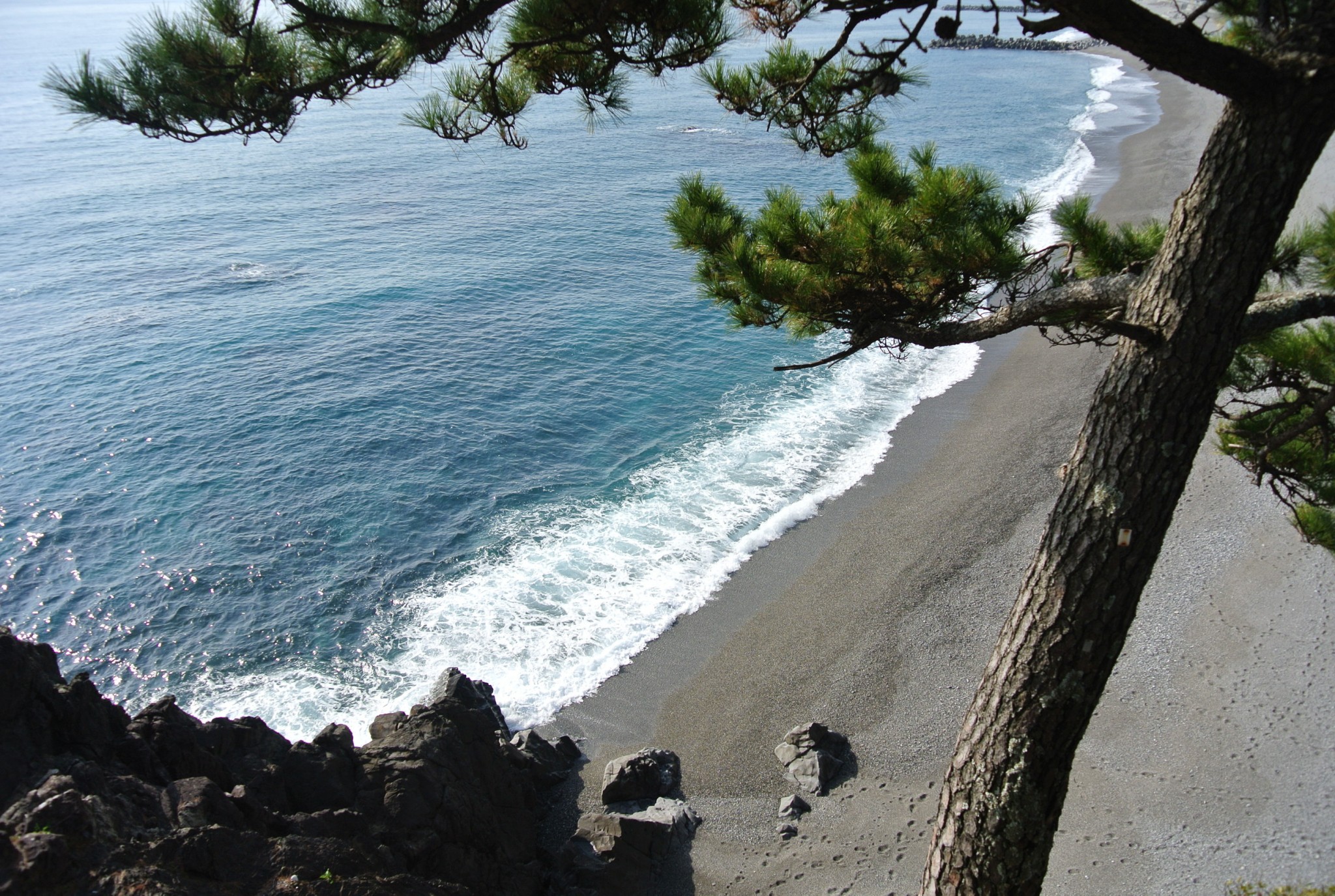 Katsurahama Beach in Kochi, not your usual seaside stop!

I last visited Katsurahama Beach in the winter, so not exactly high season. As it turns out, though, this is not your average swimming and sunbathing kind of beach. Strong currents and ripping waves render the water unsafe so swimming is strictly prohibited, although I did manage a cheeky foot paddle. I would not recommend sunbathing, either. The gravelly sand lends itself much better to walking and taking in the breathtaking scenery and refreshing sea air. 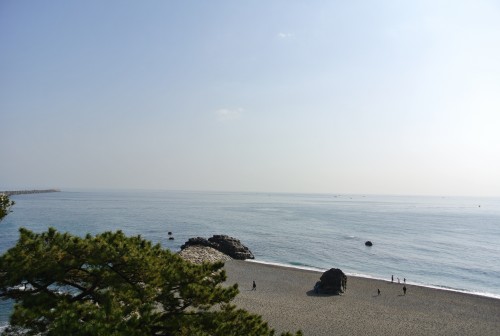 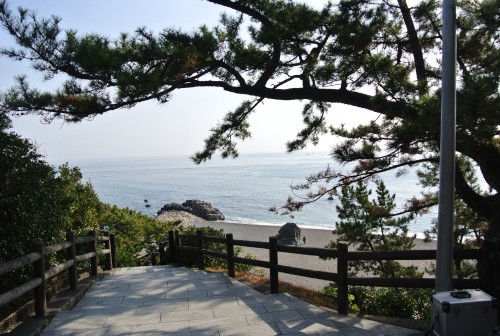 The bay of Katsurahama Beach is expansive, fringed above by colossal pine trees stretching along the length of the bay. The dove-grey sand enveloped by turquoise, almost jewel-toned water is a dazzling sight to behold. 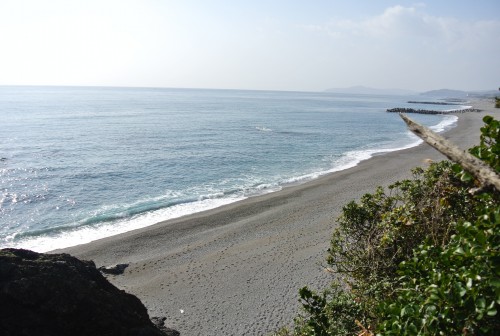 The best views at Katsurahama Beach can only be seen from atop a rocky patch, the location of a small shrine of Japan’s native Shinto tradition. Most shrines are situated at high points, and my theory is that they want you to earn the view with a bit of dedication and determination to reach a goal, and maybe find tranquility at the waiting sacred space. The rewards are worth it, along with a satisfying sense of achievement — at least for those who, like me, work up a sweat climbing up a few steps. 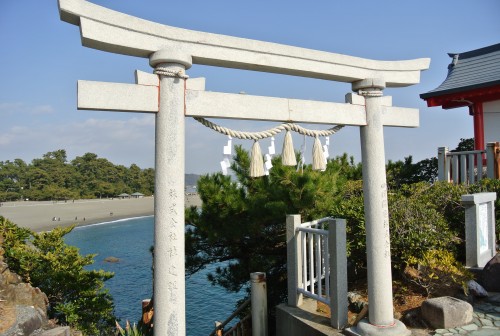 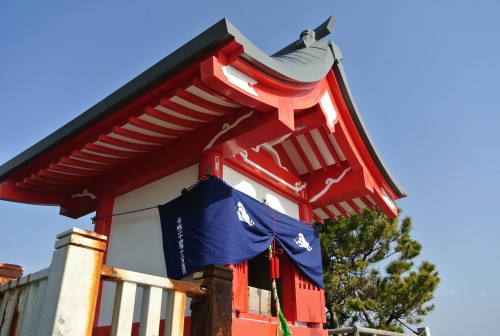 Katsurahama Beach is also home to the statue of Sakamoto Ryouma, a famous hero of Japan. Born in 1836, Sakamoto was a key leader of the Meiji Restoration, which brought modernization to an isolated Japan under threat from outside colonial powers. At the time, he was seen as a radical thinker and was known to carry a gun and wear Western-style shoes with his kimono. As a Kochi descendant, I was proud to see him at last, even just to stand in his shadow. He was born and raised in Kochi before moving to Edo to master the art of swordsmanship. 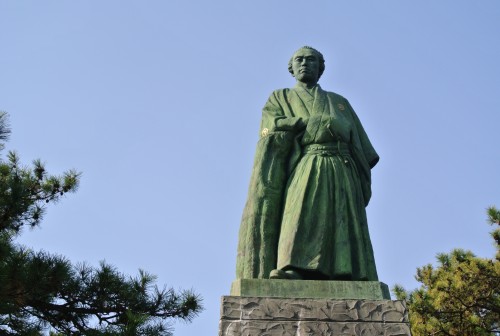 Sakamoto fought to overthrow the shogunate and the feudal system in favor of democracy, having studied the models of Britain and the United States. Due to his forward-thinking ways, he garnered a few enemies. After surviving one assassination attempt, he was killed at an inn in Kyoto at the age of 31. Ryouma Sakamoto Memorial Museum outlines his life with photos, exhibits, and original artifacts. Visitors should also check out the nearby aquarium, where they will be greeted by penguins, seals, sea turtles, dolphins, and all manner of underwater sea life. If you stay the night, there are moon viewings on the beach, a tradition sprouting from Japan’s admiration for nature and its rhythmic seasons. 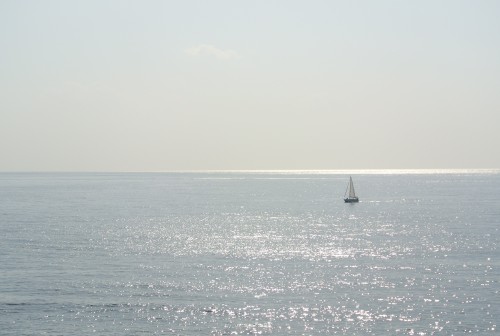 Forego sunburn and sandy toes in favor of the epic scenery and numerous attractions of Katsurahama Beach. Its crashing waves are almost as tumultuous as the life of one of the most revered figures in Japan’s history, Kochi’s native son Sakamoto Ryouma. I, for one, can’t wait for my next visit.