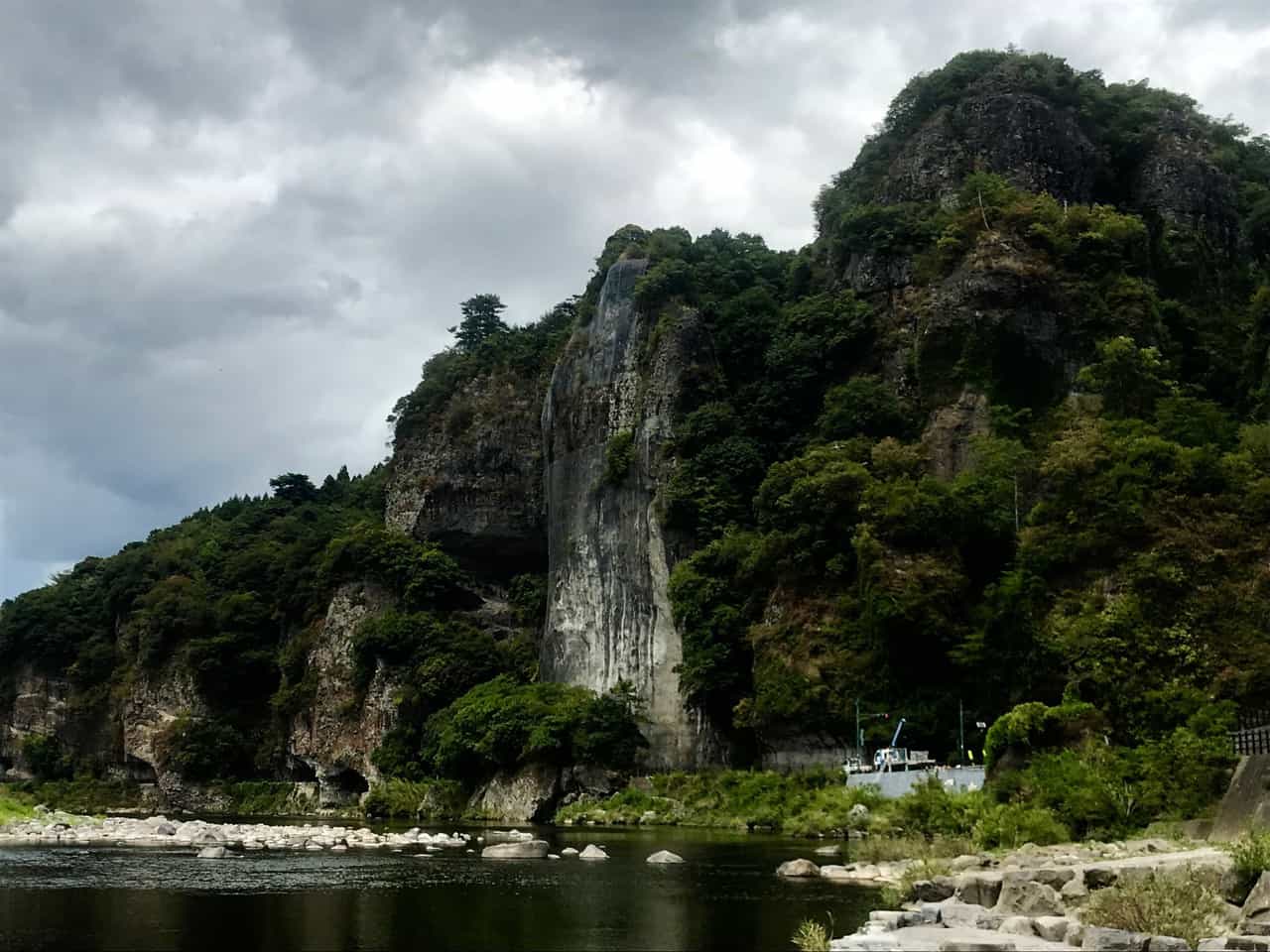 Yabakei Gorge is area in central Oita Prefecture that is home to stunning natural land formations and historic cultural landmarks. One of the most scenic spots in Oita, and on the island of Kyushu more generally, it is a great destination year-round, but especially in the fall during foliage season. The nearby Nakatsu City is the most convenient location for accessing the area, although a combination of train and bus transportation will service travel to Yabakei Gorge from other parts of the prefecture. 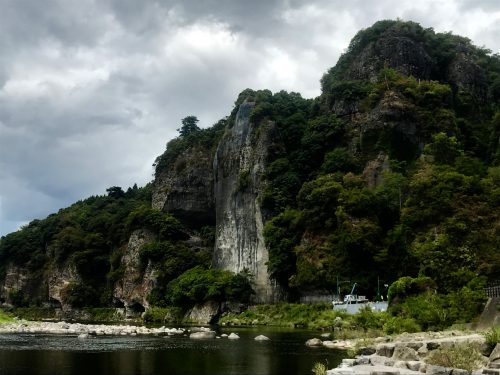 Yabakei Gorge was formed millions of years ago through the slow process of erosion, as the water of the Yamakuni River dug into these natural rock formations. The most famous scenes of the gorge showcase jagged cliffs and rock faces that run alongside the river and are often covered in dense tree growth. There’s an undeniable beauty and novelty to this scenery. 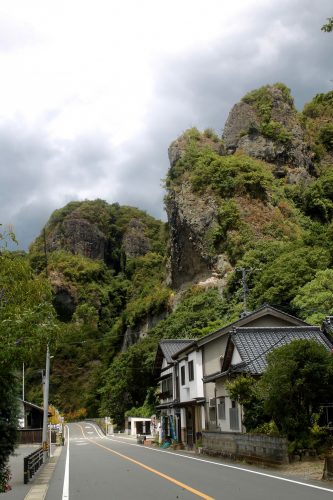 Alongside this scenery, Yabakei Gorge is home to several impressive sightseeing attractions. Aonodomon (Ao area’s Tunnel), for one, is a 342-meter tunnel that cuts through the part of the gorge’s most iconic mountain range, the 1km Kyoshuho. 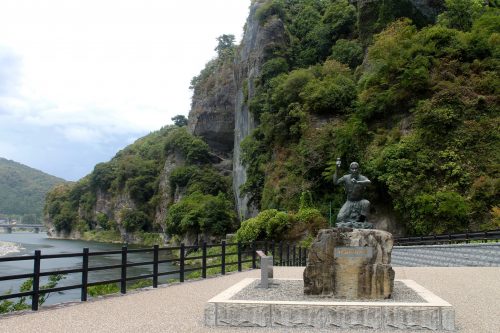 Aonodomon was built during the Edo Period by the Buddhist monk Zenkai, allegedly after seeing several travelers fall to their death while traversing the steep mountain cliffs. What makes this tunnel so impressive, however, is that it used to be built entirely by hand, using a simple chisel and hammer. 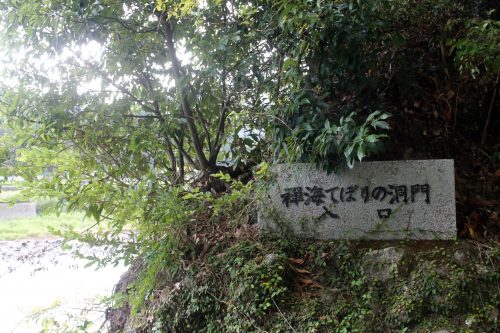 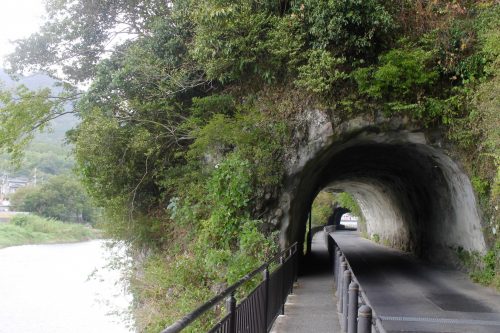 Legend has it that Zenkai volunteered 30 years of his life to build the tunnel entirely by himself, although some maintain that other laborers were involved. Regardless, portions of the original tunnel have been preserved and you can walk the tunnel to see the original hammer and chisel marks. The combination of Kyoshuho’s beautiful landscape and the incredible story embedded into these tunnels walls, make Aonodomon a must-see on any visit to the Yabakei Gorge area. 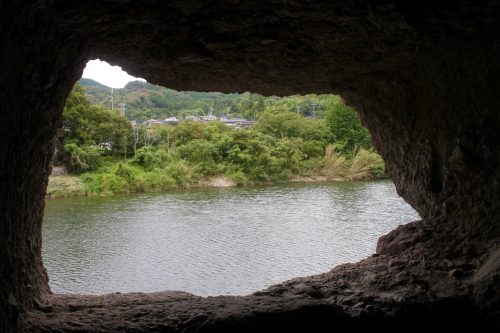 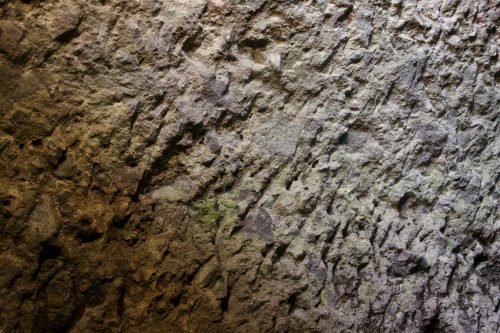 The area’s other main historical site, Rakan-ji Temple is within walking from the Aonodomon. On the twenty-minute hike from Kyoshuho along some rural town roads, you’ll pass a series of rice fields and a cute café called Nodoka, serving local specialties and kakigori (shaved ice) in the summer months. Finally, you’ll reach the Rakan-ji lift station. 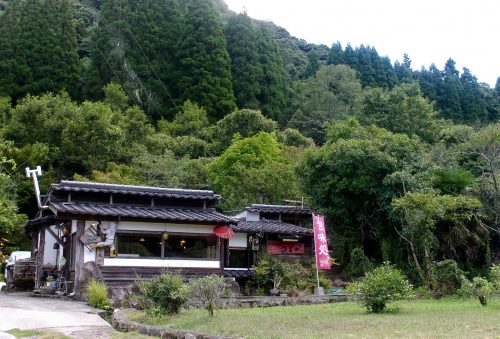 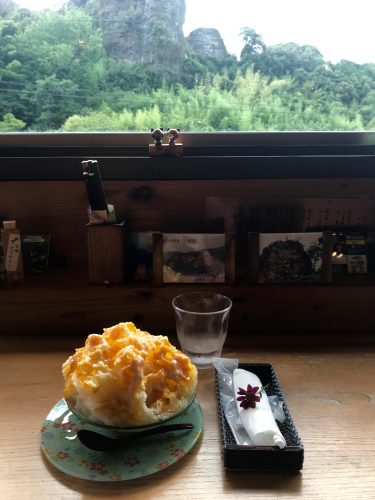 This gorgeous temple has been said to be found around 645, but actually was built into a rocky mountainside high above the towns of Yabakei Gorge around 1337 to 1338. It is considered one of the grandest temples in all of Oita Prefecture. The most convenient option is a chairlift that runs in both directions to the mountain summit. The rickety chairs will quickly take you halfway up the mountain to the first station, where you’ll disembark to enter the temple grounds. 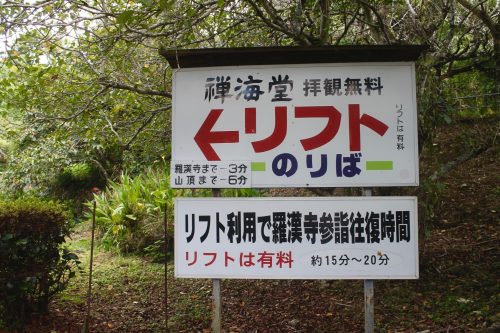 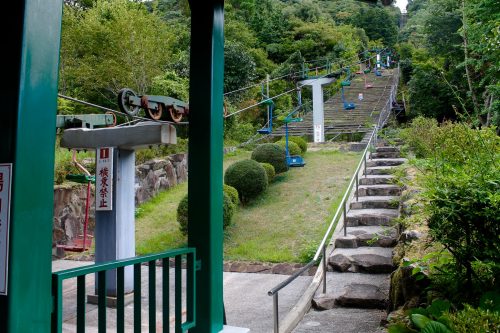 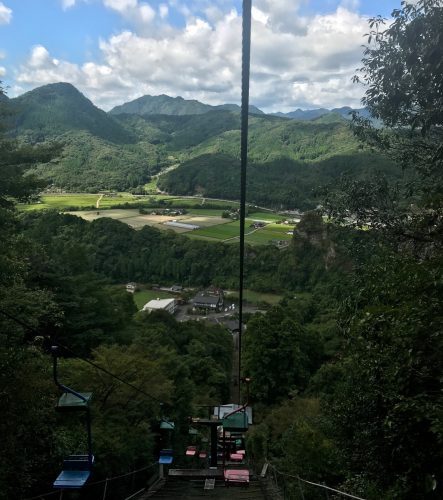 A walking path will take you through a rocky underpass, past dozens of Buddhist statues and up to the main temple gates. Inside you’ll find magnificent and ancient structures built deep into the  cliffs. The temple grounds include a koi pond, a terraced garden and a temple tunnel that buries through mountain caves before emerging at small alter with a lookout over the valleys below. Photographs are prohibited inside, but the spirituality and beauty of this temple are irrefutable. 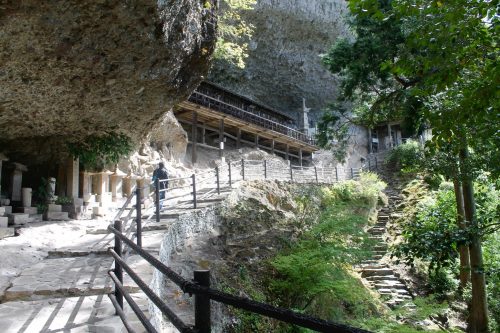 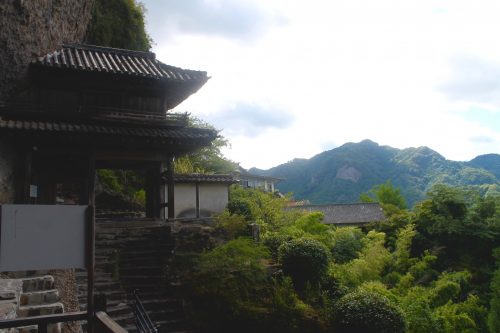 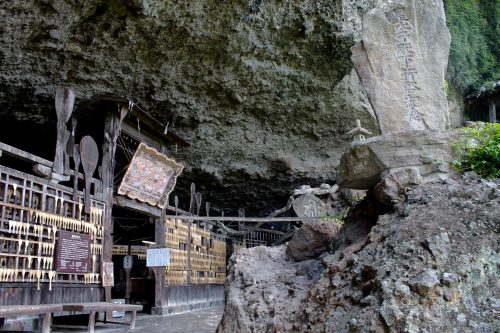 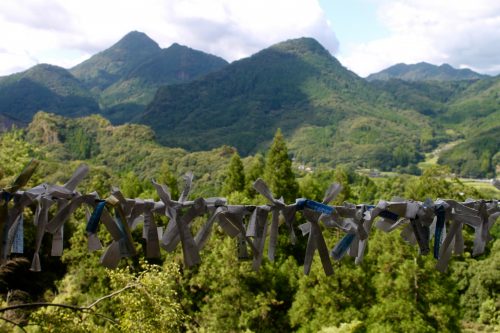 Once you’ve finished your tour of Rakan-ji, you can hope back on the chairlift, which we take you to the mountain summit. You’ll find an open field with benches, ideal for a bento (lunch box) picnic. Also at the summit is a three-story observatory deck. It’s odd to find a freestanding steel structure on top of a mountain, but once you’ve reach the third story you’ll understand why it’s there. 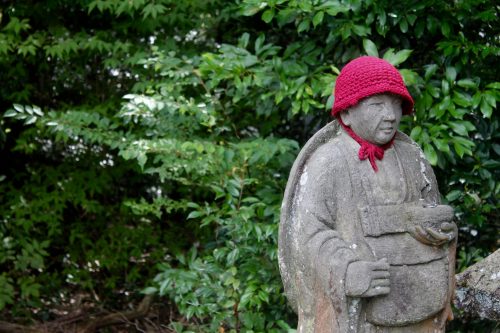 Those three stories transport you above the tree line, opening gorgeous 360-panoramic views of the surrounding mountain range, as well as Nakatsu City and the waters of the Seto Inland Sea in the distance. 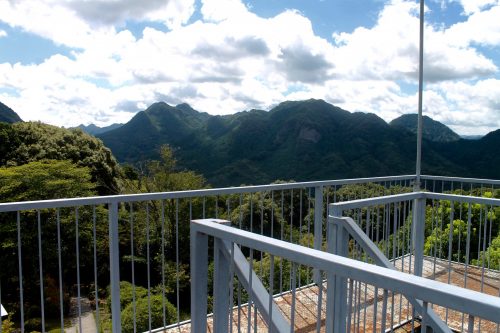 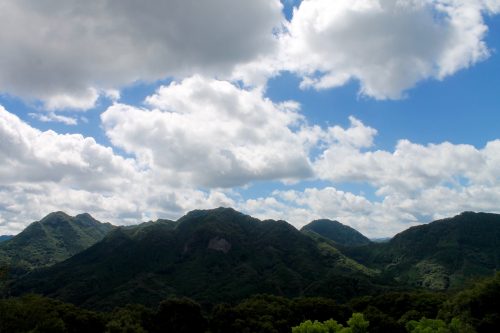