With the festival known as Mizu Akari, Kumamoto’s downtown is transformed for two evenings during every mid-October. The name can be translated poetically as “the faint reflection of light upon water in the dark.”  Kumamoto is an appropriate point of celebration, as a city renowned as a “water capital” for its remarkably pristine ground water and a history of a candle industry that dates back hundreds of years. This being the case, and the city sparing no expense, makes it as breathtaking of an experience as possible. 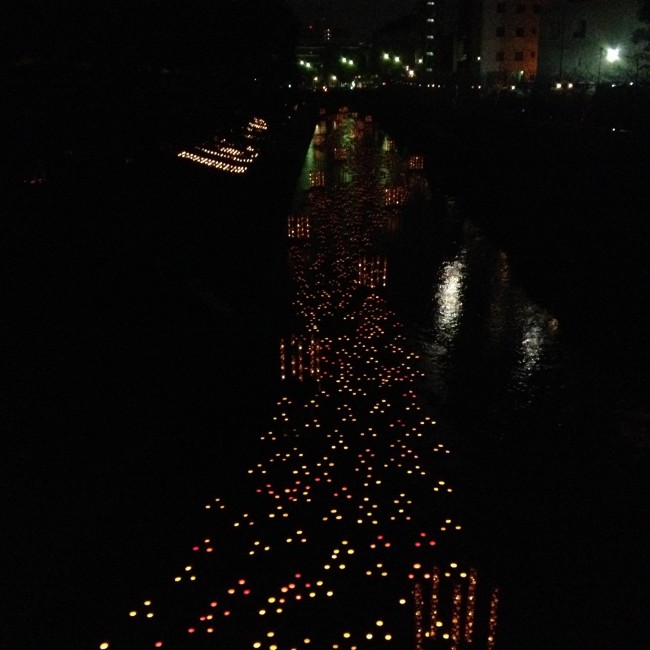 The castle district of downtown Kumamoto is covered by over 54,000 candles and over 3500 shoots of bamboo, eerily beautiful illuminated art for that lasts the weekend. During this festival, Kumamoto Castle and the surrounding area are overrun with lanterns of all shapes and sizes. Constructed of paper and bamboo, the lanterns used are both traditional and modern in style, casting beautiful illuminations upon the downtown core. Throughout the moat, hundreds of weighted lanterns are set afloat. The fields surrounding the castle are also lined with lanterns, giving the castle a looming, ethereal beauty. Within the castle, and the surrounding city blocks, there are more intricate lantern sculptures constructed from bamboo. 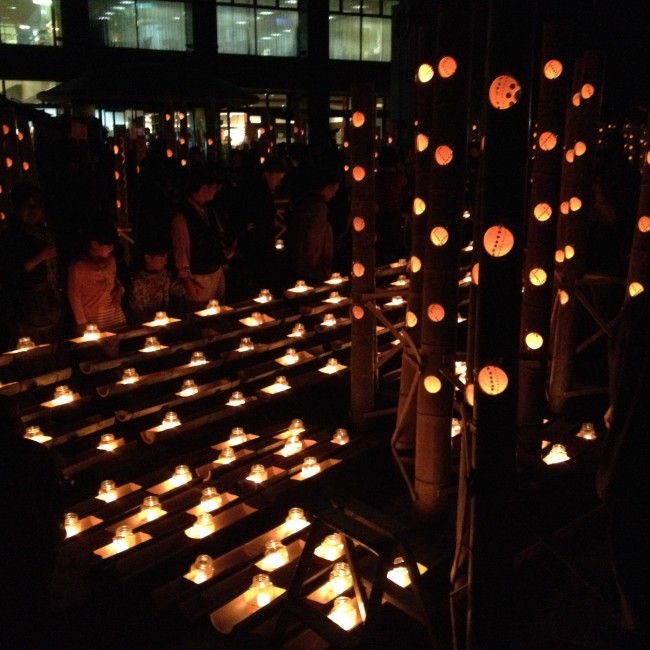 Kumamoto city engages upwards of 5000 volunteers annually. These countless hands are instructed by local craftsman to produce the lanterns, which are said to become more elaborate every year. In spite of being crowd-sourced in construction, these lanterns feature some remarkably intricate carvings, featuring complex patterns that cast light in beautiful and absolutely fascinating ways. 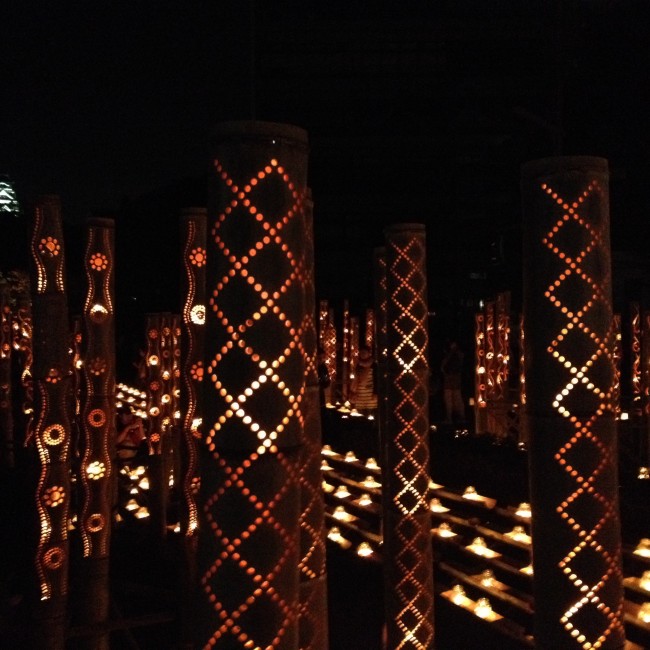 Stretches of street are closed off for the event, allowing guests to meander and enjoy the illuminations freely. Within the castle grounds, there are several food stalls, many of which serve traditional Japanese festival foods such as yakisoba, yakitori, taiyaki, and takoyaki. Sweets and alcohol are also plenty, so whatever your vice, they will have an indulgence of some sort to compliment the lantern viewing. 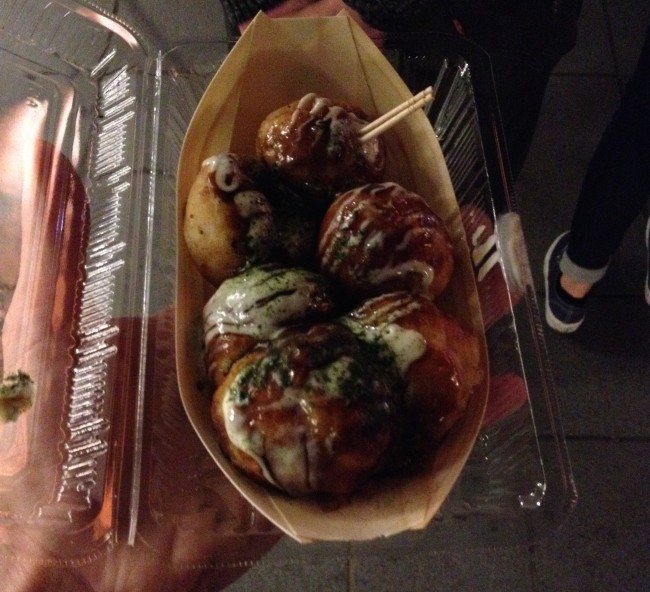 Within the castle grounds and the adjacent Hanabata Park, you will also see thousands of smaller paper lanterns. These are created by local students of all ages and feature personalized designs and messages. Lining the camphor tree in Hanabata Park, there are several rungs where you may light a lantern of your own. Each contains a “wish” written on a paper charm and inserted along the length of cut bamboo, bamboo containing a candle afloat in water stored below. 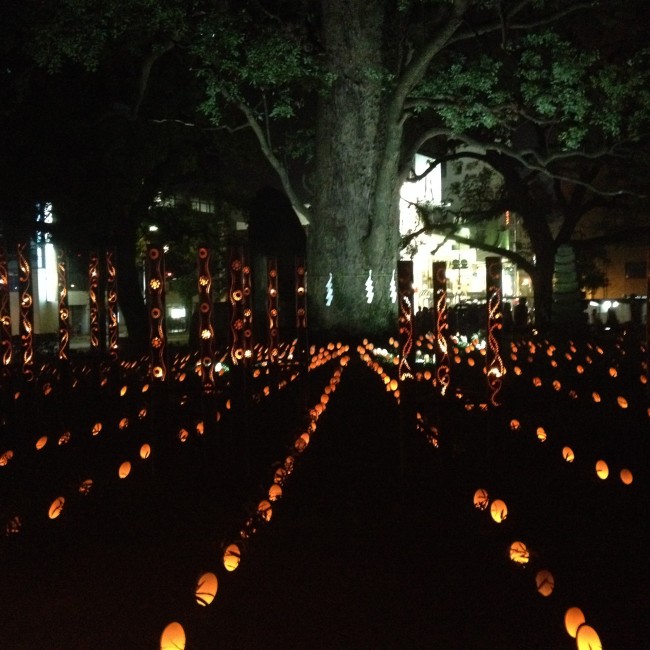 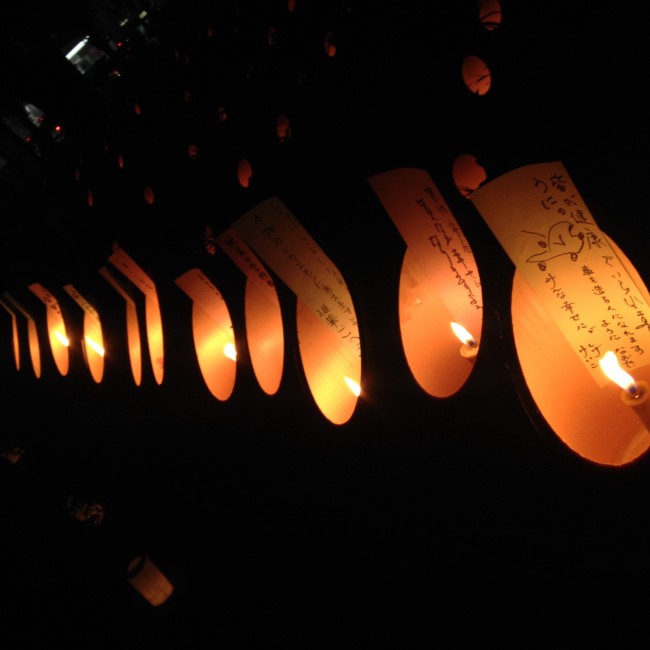 Though the lanterns change each year, onlookers need not fret of wastage. The lanterns are constructed from bamboo because it is quick to regrow, and abundant within the prefecture. After the celebration, you will see individual units of the lanterns repurposed and used by local businesses, appearing in smaller installations in neighborhoods such as Suizenji. Those which are no longer usable are either composted or turned into charcoal. 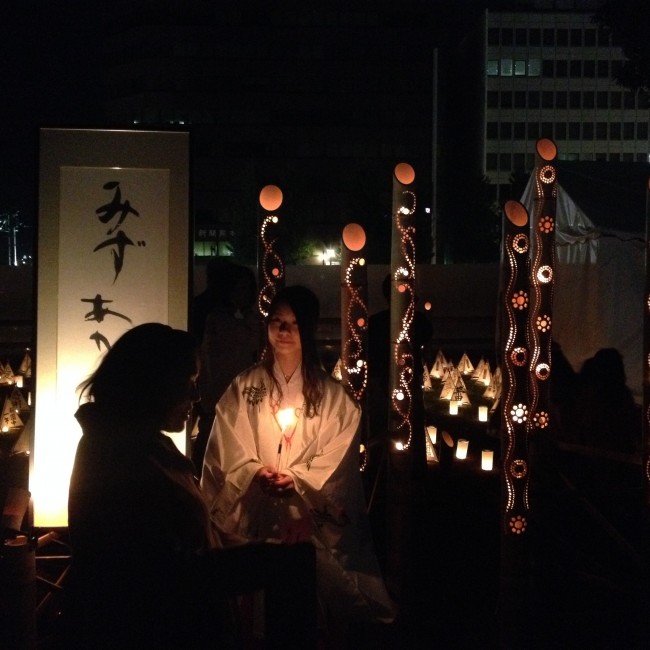 The opening ceremony begins when a flame is delivered from the nearby Mt. Aso, Kumamoto’s resident volcano. In a manner akin to the olympic flame, it is carried over 50 km, shared by over 50 different runners, raring at 5:00 to mark the opening ceremonies and begin the festival. From here there are traditional Japanese performances such as dancing and taiko drumming.

The festival is typically held on the second weekend of October from 17:00-22:00 on Saturday, and 16:30-21:00 on Sunday. Those who are fortunate enough to experience fall in Kumamoto will not want to miss this.