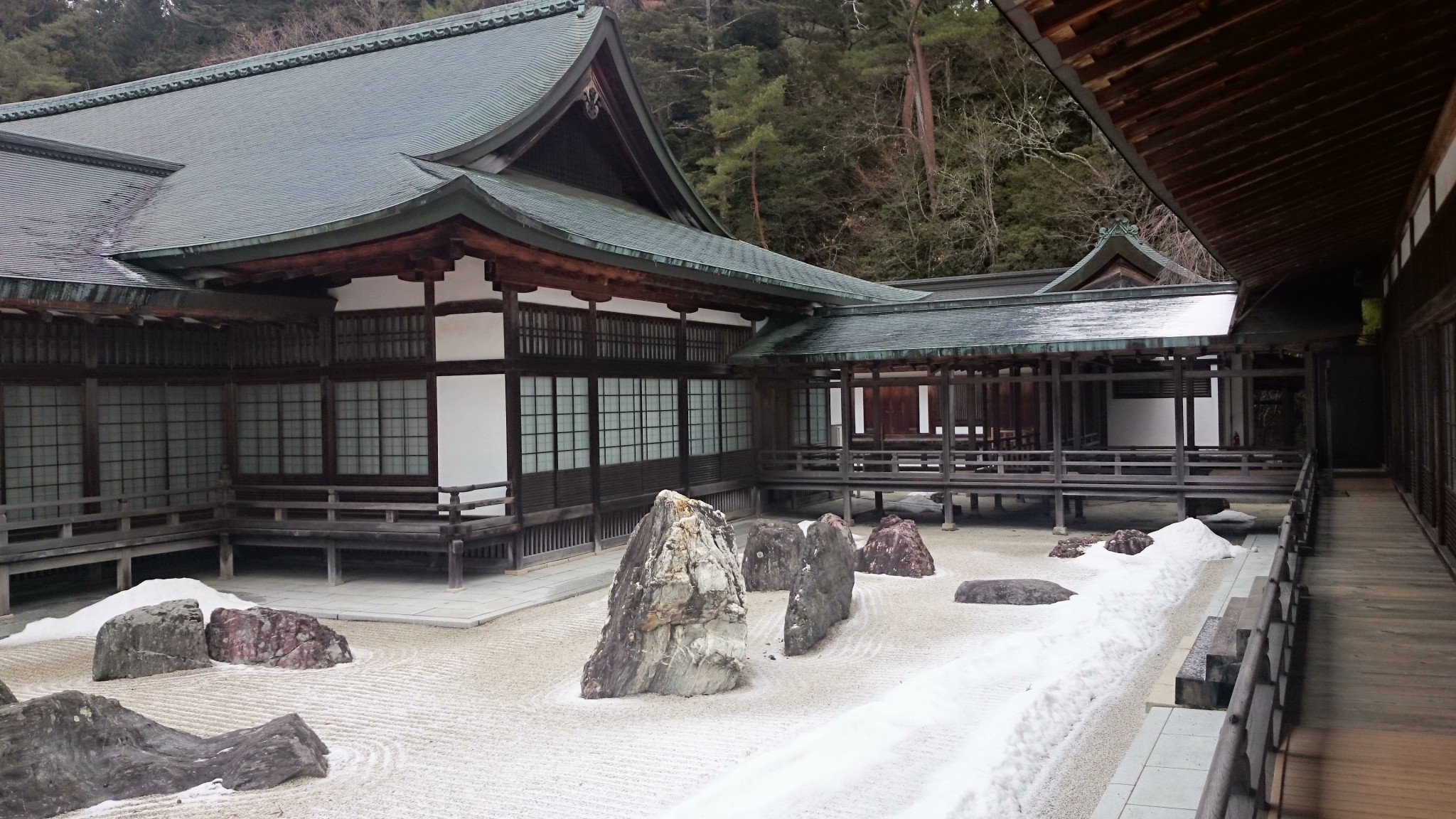 Mount Koya, A Pilgrimage to the Mountain Temple 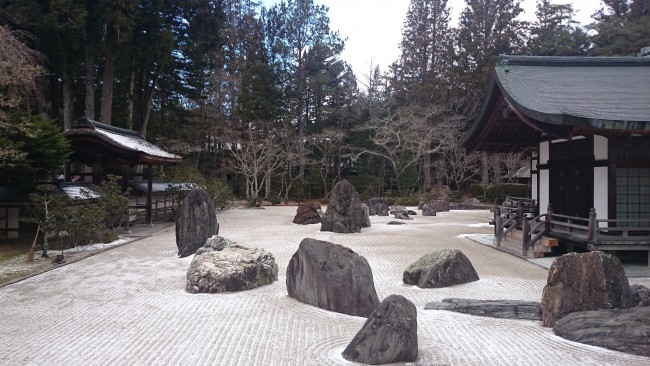 Mount Koya or Koya san (高野山) is a famous and very beautiful place about two hours south from Osaka. The destination is popular amongst Buddhist pilgrims, and also tourists wishing to experience staying in a temple and other Buddhism centered things.

Whilst there is no mountain named Koya, Mount Koya (高野山) is the name of a group of mountains found in Wakayama. The group consists of eight mountain peaks, which are supposed to resemble a lotus leaf in shape. It was for this reason that the mountain was chosen in 819 by the monk Kukai, as the base for his Buddhist sect called Shingon. It is very evident as Buddhism still has a very strong dominance on the mountain. 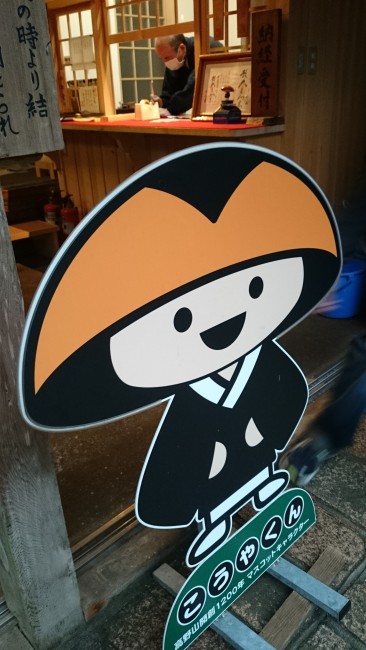 Koya san is most easily accessed by taking a Nankai train from Nankai Namba station to Gokurakubashi Station. The trip to Koya san takes 80 minutes and 1650 yen on an express train, or a little under two hours and 870 yen via non express. From Gokurakubashi station, a cable car runs up to the mountain, and then a bus will take you to the town. 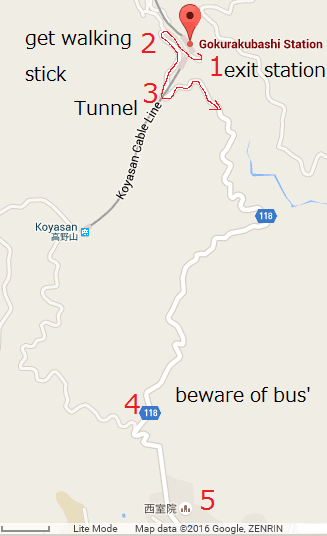 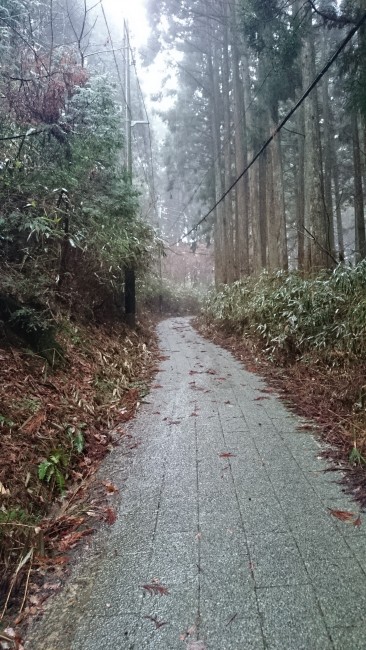 Alternatively, and unless you have some reason why walking is not possible or an affinity for cable cars, I would recommend the hiking trail from Gokurakubashi station to Koya known as Fudozaka. The trail is about 2.5 kilometers and takes around 1 hour to ascend.

The trail is well made, so although most visitors use the cable car, it is still in decent condition and easy to walk and follow. 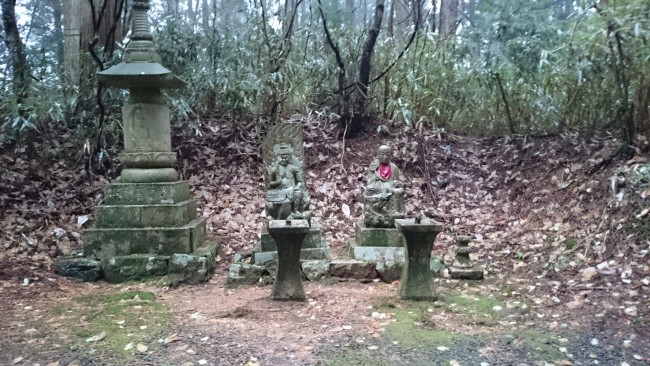 The more mountain trails you visit in Japan, the more familiar you will become with this angry looking man here. His name is Fudo myoo (不動明王). He can be recognized by his angry face, a sword and rope. Regardless of his scary appearance, do not be afraid of him as he is actually a good guy. His task is to take the anger of the world onto himself and burn it, so his face shows that suffering. 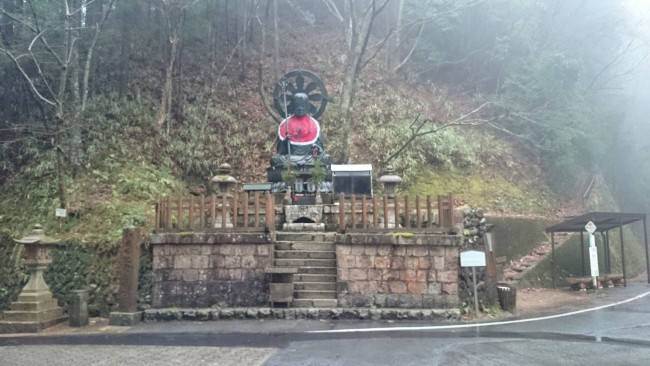 Upon reaching a hall known as Nyonindou (meaning “women’s hall”), we have reached the end of the trail. This is the last remaining Nyonindou on Koya san. The Nyonindous were built to house women pilgrims, as before 1872, women were not permitted to enter the mountain. 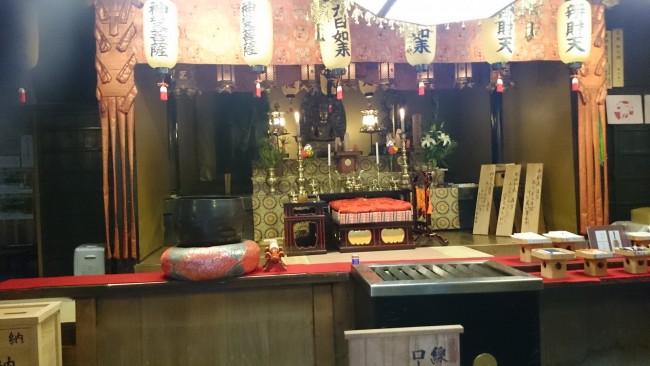 Inside the nyonindou is a place to make offerings and warm up a little. 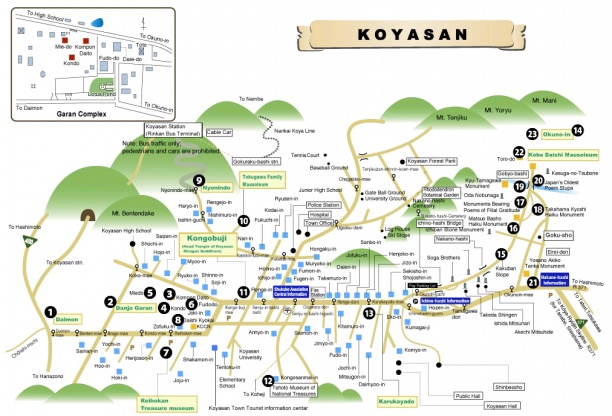 Whilst the town is serviced by buses, I think the distances are not really that far and the town itself is interesting enough to justify walking around it. If you are strapped for time or just prefer buses and are therefore planning to use them, you can get a 1 day bus pass for about 830 yen but unfortunately, it can only be bought at the Koyasan station. 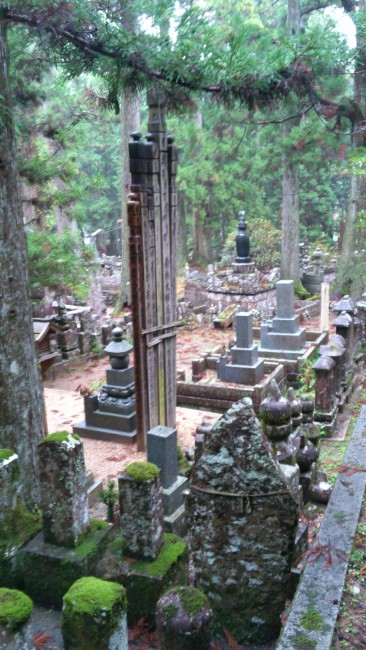 A Walk through Japan’s Largest Cemetery on Mount Koya

Okunoin is the name of the mausoleum which holds Kukai. Leading up to the mausoleum is Japan’s largest graveyard, having hundreds of thousands of tombstones and stretching over two kilometers. A visit here is highly recommended but be careful while walking the very small non-steep staircase of 43 stairs. Known as the Kakuban Slope, falling on them is supposed to symbolize one’s death within three years! Throughout the graveyard many graves, monuments and poems are found. Upon reaching the statues of the Bodhisattva Jizo, it is custom to throw water on him and make prayer for travel and children’s safety. At the end of the graveyard lies the Torodo hall, where many many lamps are light. Behind that from within another mausoleum, you can often hear pilgrims chanting sutras. 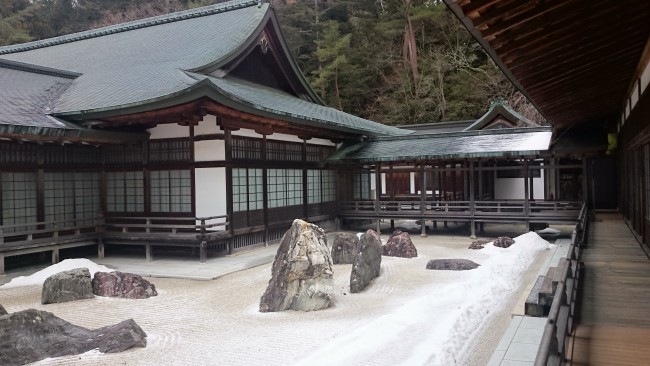 Another must-see destination in Koya san is the Kongobuji Temple, which is the headquarters of Kukai’s Shingon Sect of Buddhism. The temple is very authentic and has a rock garden called Banryute. The rock garden is Japan’s largest and is supposed to represent two dragon, but I have trouble seeing it. Maybe you will have more artistic insight than me? Inside the temple are many very impressive screen paintings, some of which depicts Kukai’s journeys in China. It is a really interesting experience and kind of reads like a manga. Inside, guests can also enjoy a warm cup of tea and a sweet in a big tatami room. A visit to the temple in winter is well worth the trip just to enjoy that warm tea! Toward the exit, you pass through a giant traditional kitchen, which gives an insight into how such large numbers of monks and visitors were taken care of in days past. 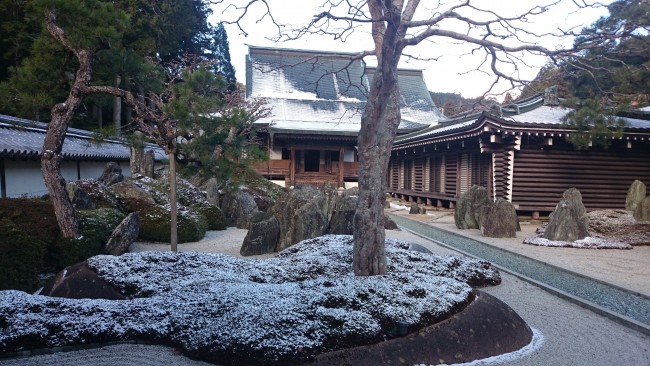 Stay with a Monk at Mount Koya!

Whilst there are many things of interest to do at Koya san, one of the most unique experiences is definitely lodging in a temple (Shukubo). The prices are reasonable, and a good Buddhist breakfast and dinner meal (vegetarian) is included in the stay. The meal is enjoyed in a large common room, so the feeling of Buddhist communal brotherhood is experienced. Additionally guests get the chance to watch the monk do the morning mantras, but this requires getting up very early at about 5 am. The rooms are all Japanese style, meaning tatami flooring and you will be sleeping on a futon. Usually the bathrooms are common between all guests, including the non private shower.

Koya san is a must visit location for any tourist, (especially if you have a keen interest in Buddhism) in the Kansai area. Here you will experience a genuinely Buddhist society, with enough tourism support to make the trip easy and accommodating. Koya san is not a “Buddhist theme park”, but it is probably a lot easier than say, going to a Tibetan mountain monastery. Please enjoy Koya san, and try to avoid that cable car.

Information on temple lodgings in Mount Koya can be found here.

Sebastian Masuda and Harajuku’s Kawaii and Japanese Punk: Notes on an Urban Rebellion