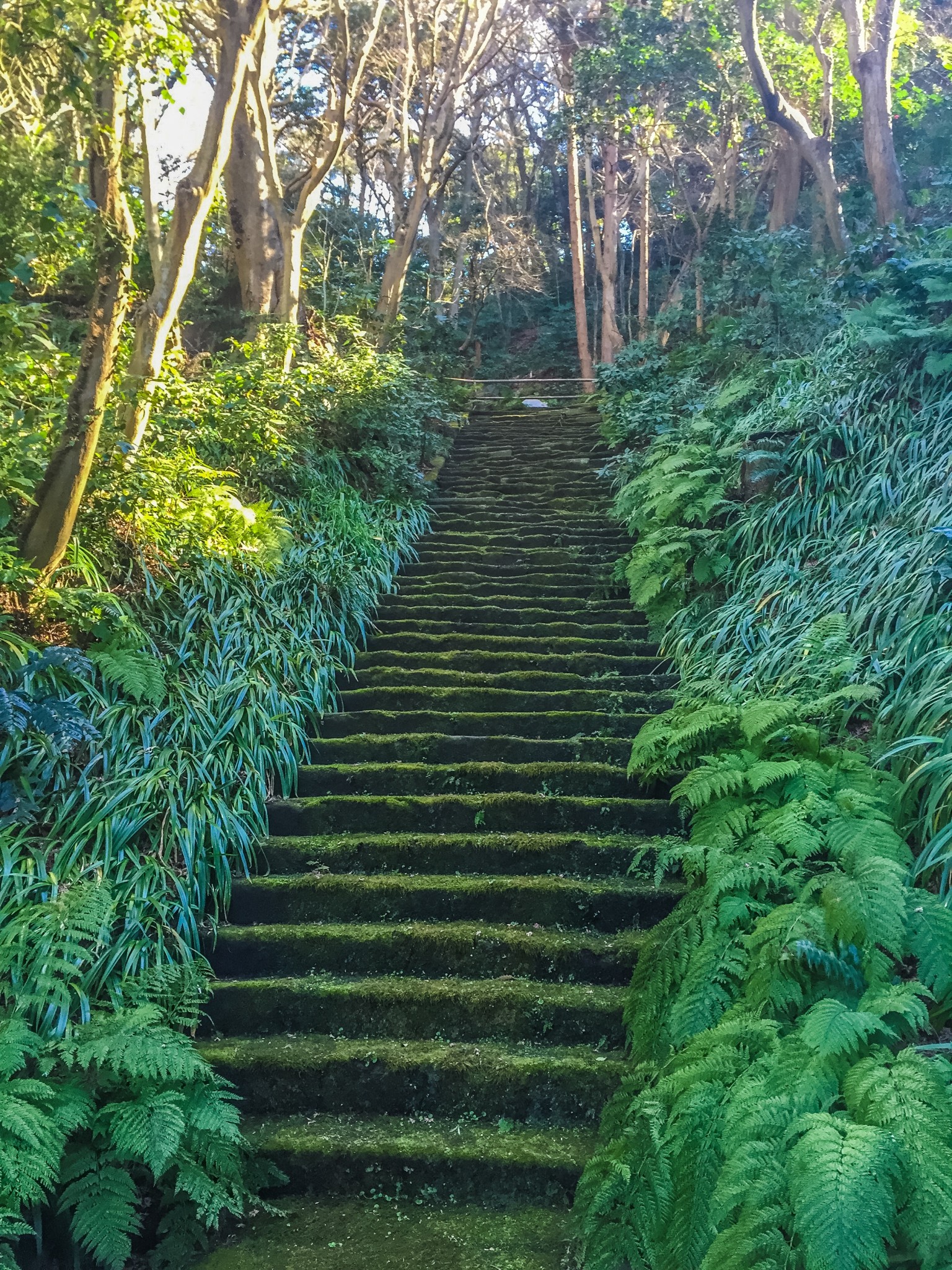 Kamakura is home to many temples and shrines, but some are quite special indeed. Some temples are more beautiful, and some have a lot of history. Myoho-ji temple is one of the most fascinating Buddhist temples in Kamakura. The temple belongs to the well-known Nichiren sect of Buddhism. Also famous for ‘Koke dera (moss temple)’ among local people! 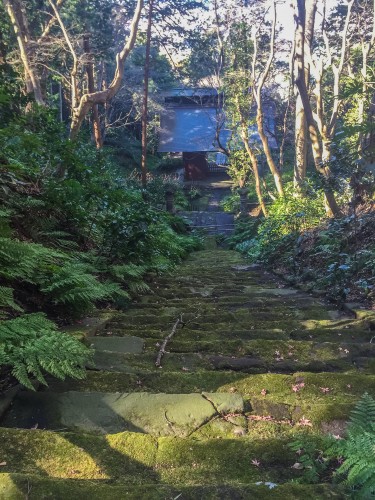 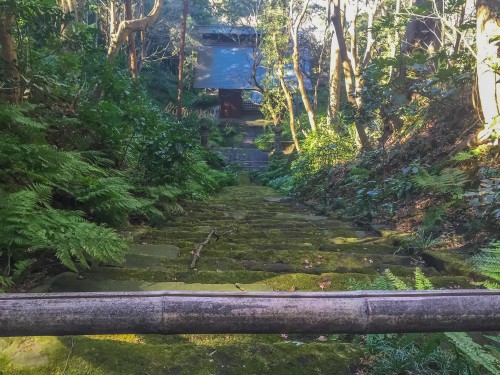 Before the construction of Myoho-ji temple, the site was home to a different temple called Honkuku-ji temple, which was later moved to a different town, Kyoto. Nichiei is closely connected to the temple, as he was instrumental in its original founding. Legends claim that Myoho-ji temple was entrusted to Nichiei by Nichiren. Nichiei is the natural son of Price Morinaga and led the reconstruction of the temple in 1357. At this time he dedicated the site to this father. Nichiei’s mother is called Minami no Onkata, and due to his love for his parents, the loyal son had two cenotaphs installed behind the main hall on top of an imposing and reverent hill.

During the endless fighting and chaos of the Edo period, this Buddhist temple was placed under the protection of the mighty Tokugawa clan and their many allies. 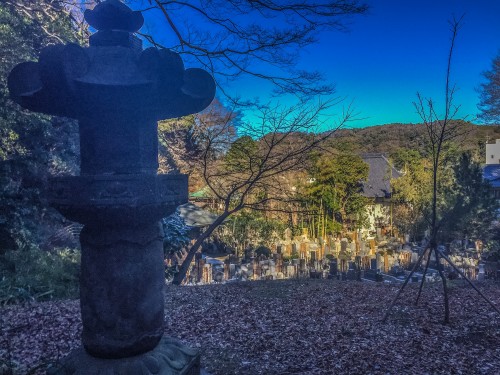 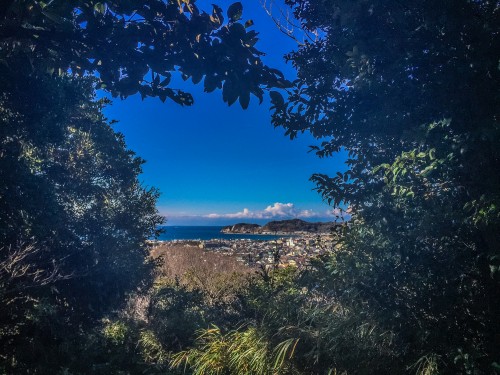 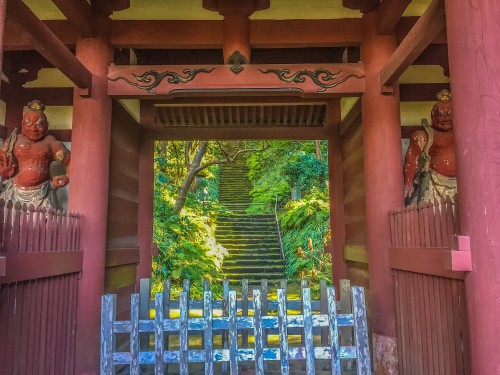 All buildings are closed to the public; this includes the main hall and all side buildings. However, this does not mean that the temple is lacking in relics. For instance there are statues of the kami (gods) of harvests, Kato Kiyomasa, Inari Myojin as well as Shaka Nyorai. Behind these statues, adventurous travelers can find the Nio gate that stands before an over 50-step stairway, which is one of the main tourist attractions of the temple. The stairway leads to two caves, one of which contains a statue of Priest Nichiren. The other cave is home to a mausoleum in which loyal priests have been enshrined. 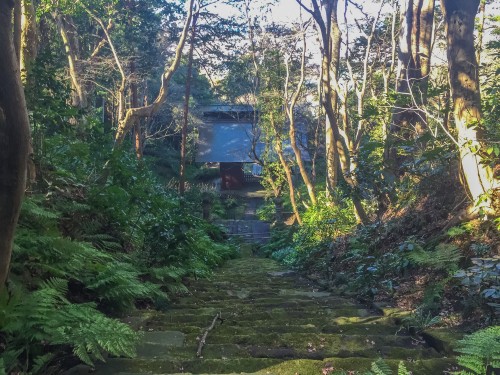 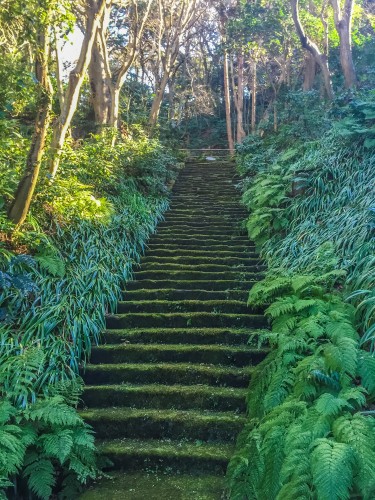 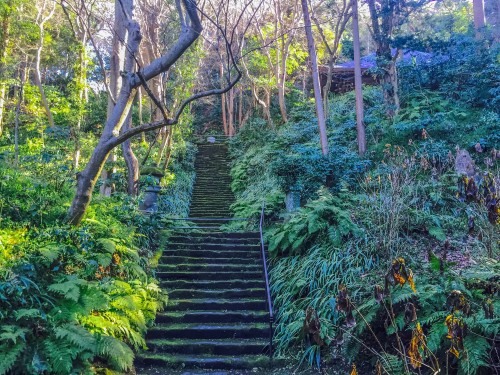 Furthermore there’s yet another tier as the temple site is has a hall that’s home to several sacred scriptures. Finally, the site of the suspected location of Nichiren’s former hut now houses an imposing statue that will surely excite photographers and cultural visitors alike. Especially if you like fully green nature in a quiet place!