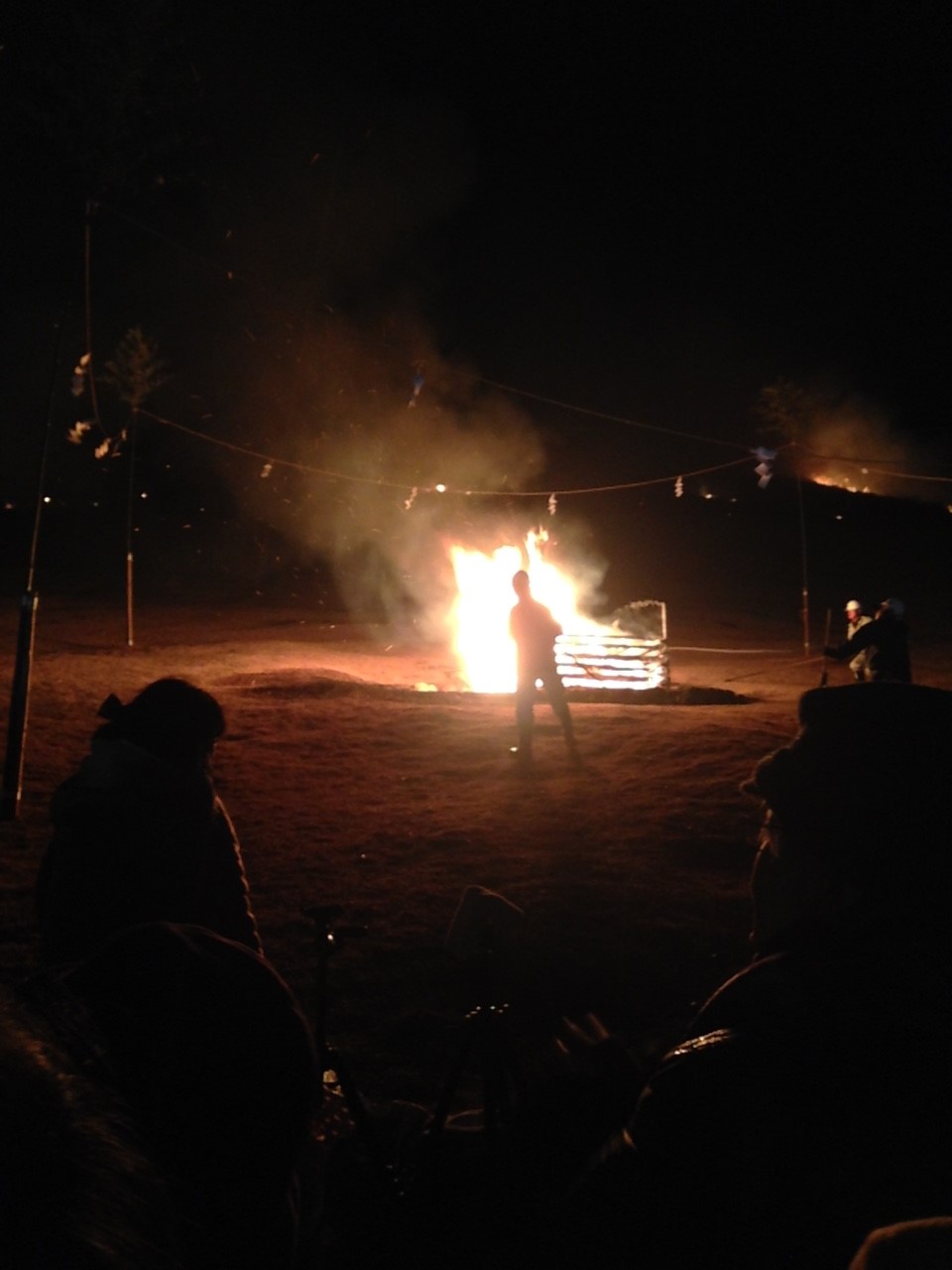 Each year in Nara city, the mountain Wakakusa is set ablaze in the Wakakusa Yamayaki Festival. The Wakakusa Yamayaki Festival is held on the fourth Saturday of January, or the next weekend if there is rain. Festival begins around midday, but the highlights start from about 5 p.m. Due to this it is an easy and good thing to make a day trip out of it, if you haven’t yet been to Nara before or have been meaning to come back. 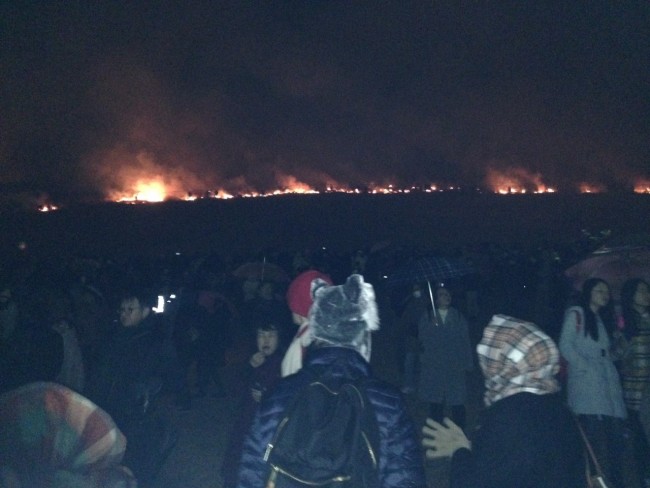 Nara was established as Japans first permanent capital city, in the year 710. It was moved to another city later however, as the temples here were having too strong an influence on politics. For these reasons Nara is full of history such as the Wakakusa Yamayaki Festival, Todaiji, and antiques. The most popular and famous of this history is probably Todaiji temple, which is the worlds largest wooden building.

Nara, How to get there

Nara is easily accessed from either Kyoto or Osaka. From Kyoto it takes 45 minutes and 710 yen. From Osaka it takes 50 minutes and 670 yen. When heading from Osaka, it is better to take the loop to Tsuruhashi and then change to a Kintetsu train bound for Kintetsunara. This train is both cheaper and takes you closer to the areas of interest.

From Kintetsunara station, walk east along the main road and you will soon arrive at a park area. Either to your surprise or anticipation, it is here you will first start meeting Nara’s famous deer. The deer have essentially free reign over the city and you will see them walking about, sniffing for food, pretty much everywhere from here on out. 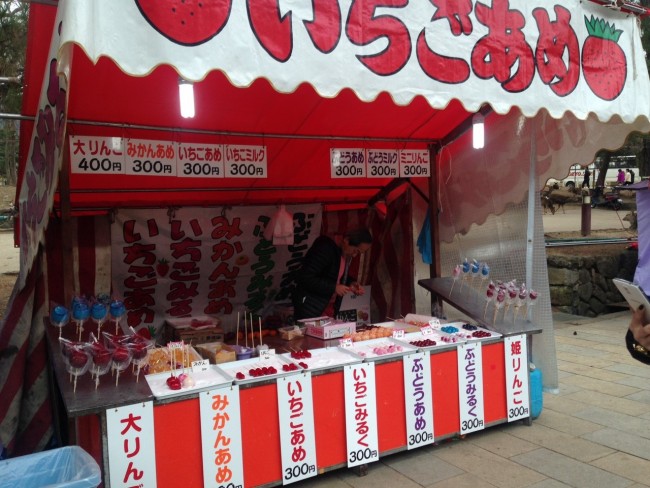 As today is a festival day, many yatai will line the street. Yatai is the Japanese for “food cart”, and they are delicious with all variety of foods. Besides foods, some games are also found like gold fish fishing and lottery games. As a world of advice, pretty much avoid any lottery game as you won’t win. There is an attractive Shinto shrine on the left which is worth a quick visit, and you also might like to stop and play with the deer too, but the main park is better for that. Keep walking up the road until it joins into the park proper, at which point the left hand road heads toward Todaiji temple. You will know the road by the crowds and huge amount of Yatai there. 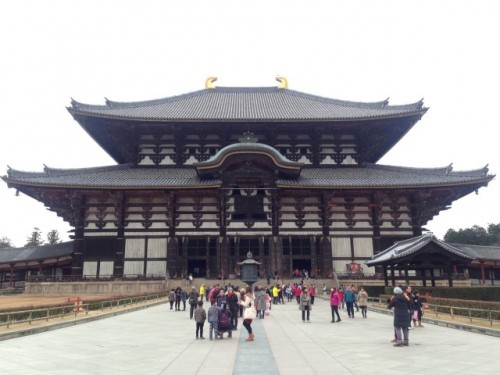 The gates that lead into Todaiji are called the Nandaimon. Take a look to the left and right when going through. These amazing statues are really cool! I wish we could see them a little more clearly through the mesh. Todaiji temple is the worlds largest wooden structure today. Todaiji was reconstructed in 1692 at 2 3rds. original size, after being burned down by lightning. I imagine the full sized building must have been really amazing to the people living back then, and you can see a model of it inside the building. Inside Todaiji is a mammoth sized Buddha statue at 15 meters. There are various other statues inside, and a little hole you can try to squeeze through. Successfully doing so means you will gain enlightenment in your next life. Go for it! 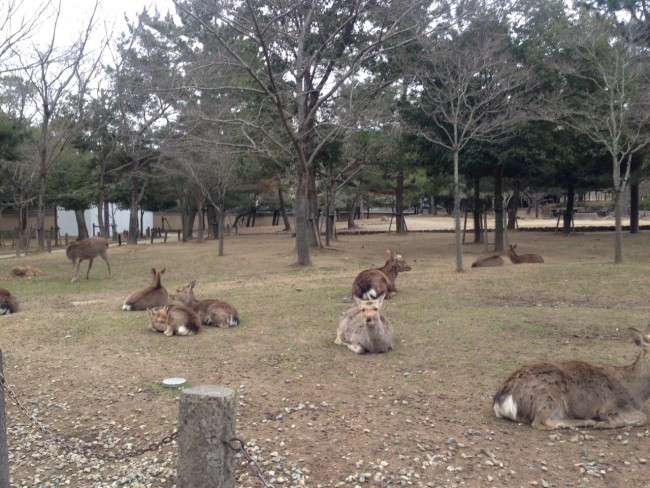 After exiting Todaiji, head to the left and up into Nara park. Here it is usually a little less crowded and you can play with the deer and take some good pictures. Don’t feed them human food, but rather the special senbei (a rice cracker) which can be bought here and there for 150 yen. The more mannered deer will bow at your to request food.. but mostly they are pretty aggressive about it and its a little scary. A few years back the male dear mostly still had their horns, but it seemed this year that they were all filled down. I guess even Japan is unfortunately going the way of many other countries and putting tourist safety before the animals. 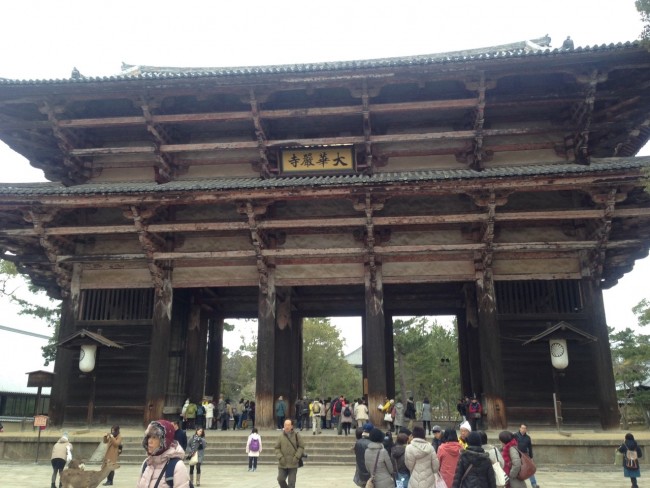 Up the top of that hill to the east of Todaiji, the Todaiji Nigatsu-do is found. This temple has a nice balcony that overlooks the township of Nara and has free entry. Please enjoy the views and the temple then head along the path still east to Mount Wakakusa, where the main event takes place. Along the road in front of the hill, yet more yatai lie in wait for your yen. Between 1 and 3 pm there is a giant senbei throwing contest. If you can throw the senbei more than 30 meters, you will go into a draw to win a prize. At about 5:00 to 5:30, you want to get a good spot on this hill (well the earlier the better depending on the weather and crowds… just play it by feeling). The best spot is either as close as possible to the bonfire, or as close as possible to Nogami shrine. Please look at the map I made to get a better idea.

Heading down the stairs to the south from Wakakusa, you will come to Mizutani shrine. I always liked these shrines nestled in nature over the grand Buddhist temples, and this one has a real nice atmosphere. At about 5:15 pm, it is here that the parade will pass and light their torches as part of the ceremony.

A little further down the road and you come upon Kasuga Taisha, a large Shinto shrine. This shrine is very beautiful and a good visit. It houses many national treasures, and is most famous for its many bronze lanterns. Delegates from Todaiji temple and Kasuga shrine will take part and offer prayers later in the Wakakusa Yamayaki Festival. At Wakakusa at p.m. 300 firemen will gather and hold a public briefing. These firemen will be in control of the fire and you can watch their briefing and salute. 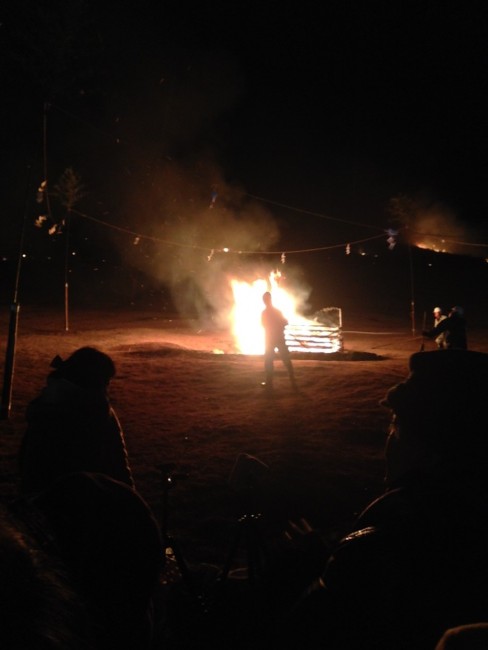 At about 5:45 the parade for the Wakakusa Yamayaki Festival will arrive at Wakakusa and proceed to Nogami shrine. Here they will offer prayers and do chants, in call for safety from natural disasters this year. Each involved temple, shrine and the city magistrates make offerings which will be burnt. Once the ceremony is over they will carry the torches to the bonfire and light it. 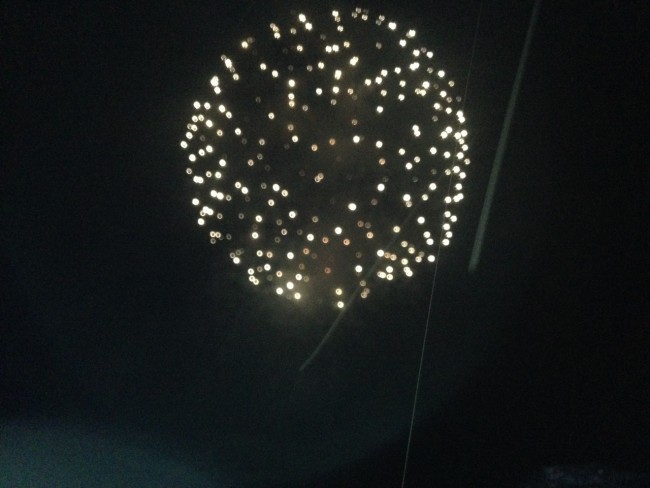 At 6 to 6:15 a small 15 minute fireworks display will begin. It is rather rare to see fire works in winter in Japan, so count yourself lucky! 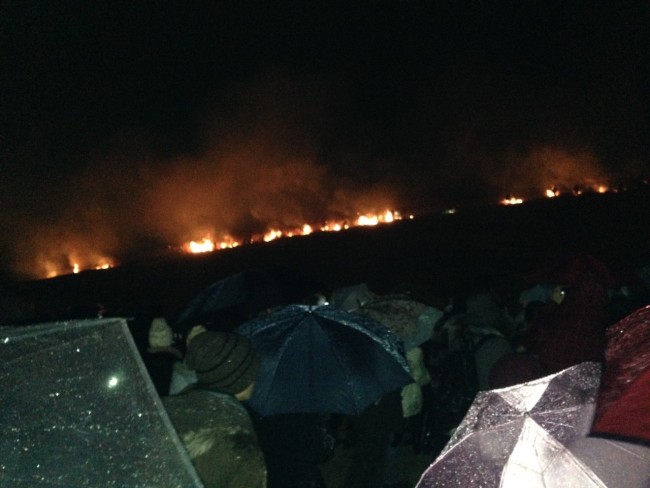 After the fire works, the 300 firemen will carry torches from the bonfire and set the grass on the mountain ablaze. Depending on the weather it will either light up fast, or just kind of slowly smoke away. 2016 was raining little enough for the festival to be canceled, but too much to really get a good blaze going. There isn’t much you can do but hope for no rain, but its still a cool sight in the worse case.

Once the fires burn out, the festival is essentially over and I hope you will have enjoyed the Wakakusa Fire Festival in Nara city!