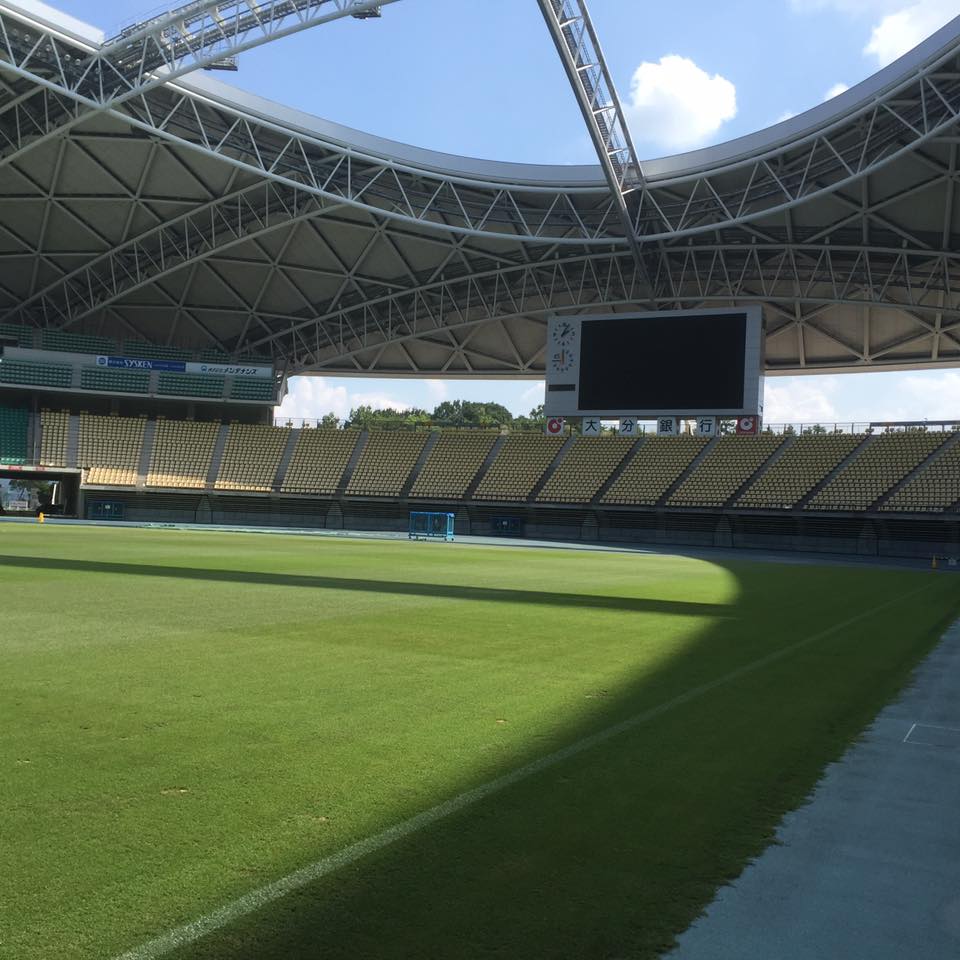 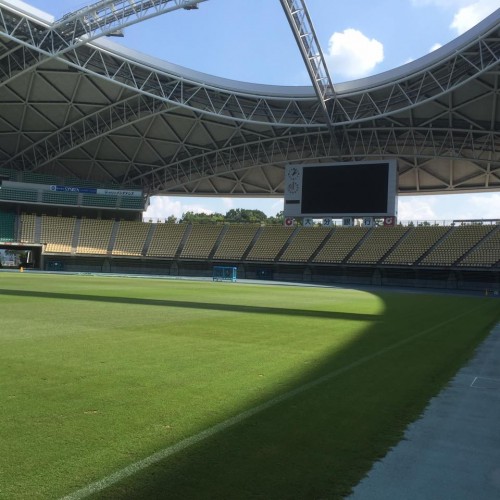 After their astoundingly successful performance in the 2015 World Cup in England, what better country to host Asia’s very first Rugby World Cup than Japan? This important milestone for Rugby in Asia has promised to be a very ‘Japanese’ World Cup, but it’s one that is creating a stir that can be felt across the whole of Japan. So, drink some beer, grab some snacks and make some noise as the best players break into the light and battle it out for the right to lift the Webb Ellis Cup. 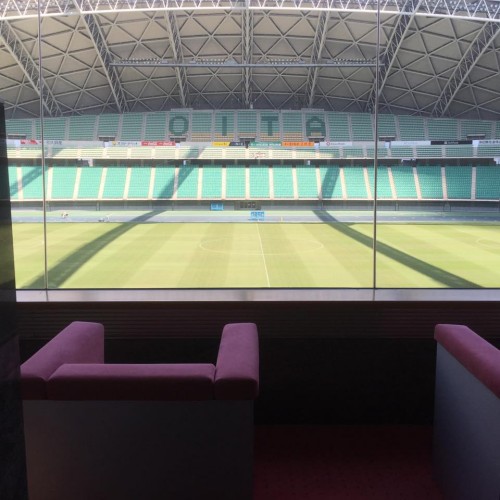 Oita Bank Dome is just one of twelve host cities that will receive the full force of the Rugby hype in 2019, and just one of three more in Kyushu alone. Kyushu is clearly a good base for any hardcore Rugby fan, and Oita is perhaps one of the best places to explore the traditional and unique culture of Japan, that is often hard to find amongst the hustle and bustle of the more modern cities. From relaxing in their unique, one of a kind Onsens, to hanging out with monkeys and exploring Buddhist temples, Oita has something for everyone. 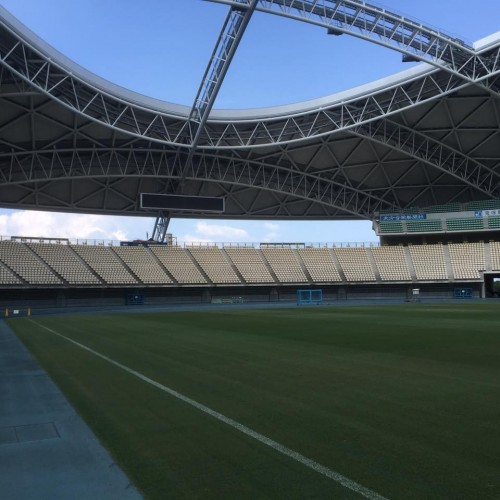 Having previously been the site of the FIFA World Cup in 2001, Oita and it’s venue are no stranger to international events and are well equipped for both teams and visitors from around the globe. What’s more, Oita’s rugby players are recognised as some of the best in the country, especially with regards to their youth and school teams, who are renowned for kicking some serious butt both inside and outside the dome. 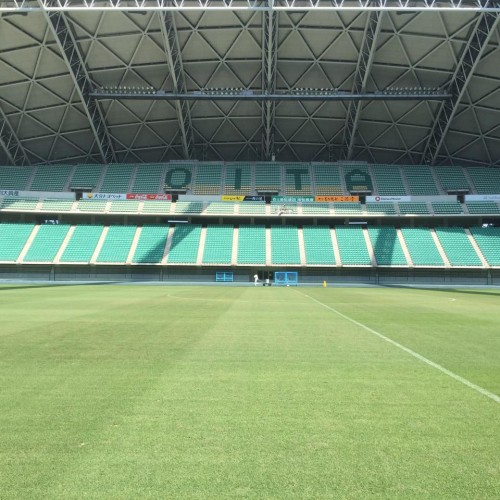 Walking into the eye…

Oita Bank Dome goes by many names, including ‘Daigin Dome’ and the ‘Big Eye’, quite simply because the whole structure looks like a massive eye from above. Naturally, I asked why on earth it had been designed that way, expecting a perfectly reasonable explanation revealing a rather inspired piece of artistic genius. It might well have been genius, but no one knew since the original architect, Kisho Kurokawa has since passed away. Unfortunately, we will never know the true story, yet it’s mystery and the sheer magnitude of the peering eye makes the venue alone something worth the trip to see. 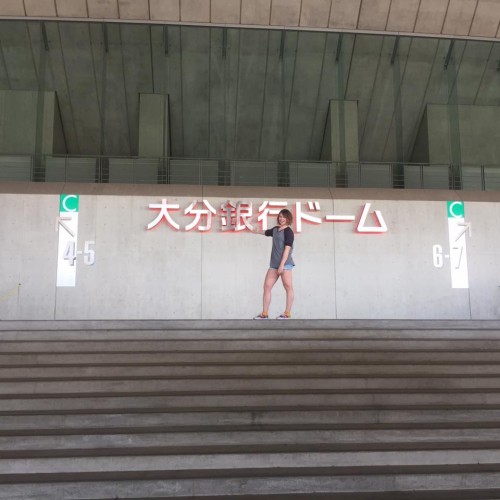 Stepping inside the massive eye shaped stadium was enough to make me go a little giddy inside. All of a sudden the memories and visions of watching big Rugby matches in England came flooding back to me and all I could do was envision the hordes of thousands of different types of people filling the hallways carrying their beers, greasy snacks and waving around some kind of crowd hyping horn. I was excited just stepping through the door, but the best was still yet to come. 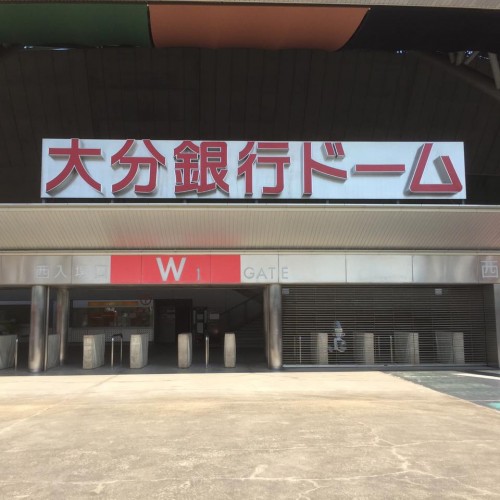 I was later transported through to the pitch grounds, where I could feel the full force and magic of the place. The seats may have been empty but there was just something about the size of it that gave me the feeling that something monumental and perhaps even historic was going to happen here. 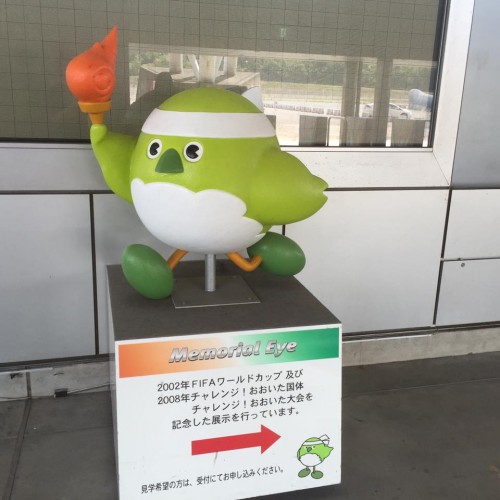 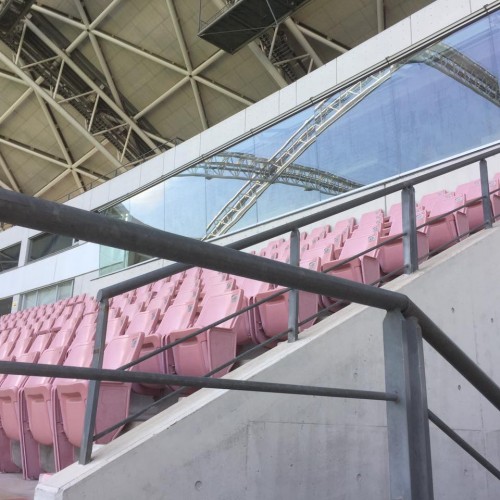 I couldn’t believe my luck when they took me through to the changing rooms. Never in my life had I even been into a male changing room, let alone the one the world’s best rugby players would be using in just over three years. Inspiring team talks, injuries, strategies, the making and breaking of the team and the success of the game, everything would happen within these very walls. 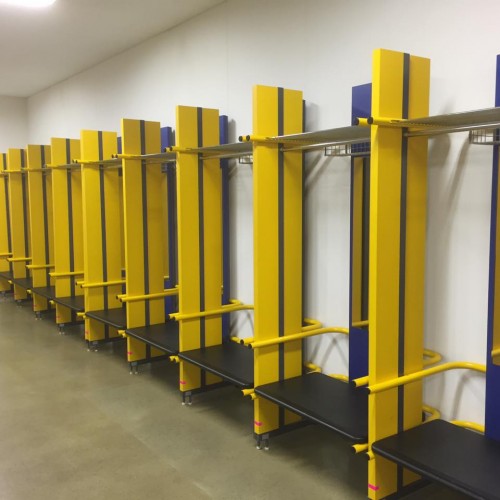 If you’re ever lucky enough to be in the VIP box, I can tell you that the view is second to none. Watching an empty pitch is the best I will probably ever get, yet I could imagine the food, wine and champagne that would be passed around the VIP box and in their other private, designated, special VIP areas. 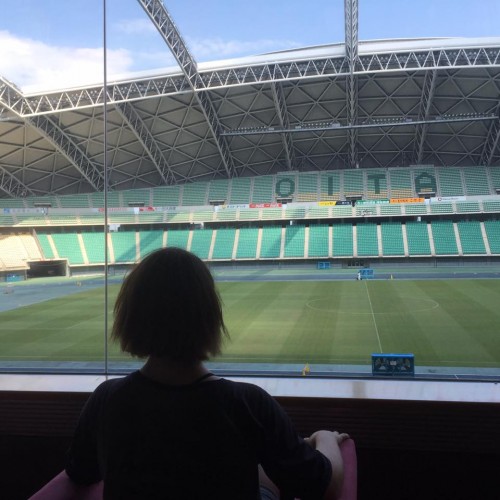 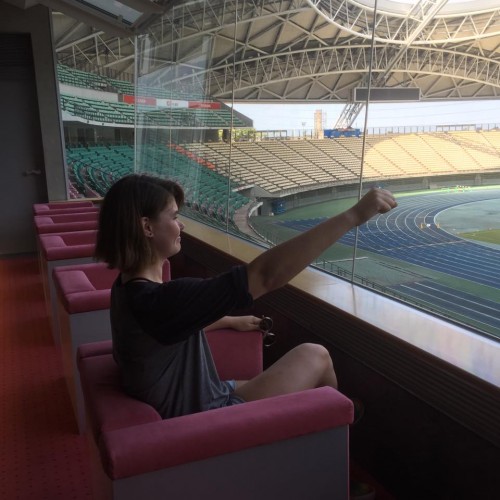 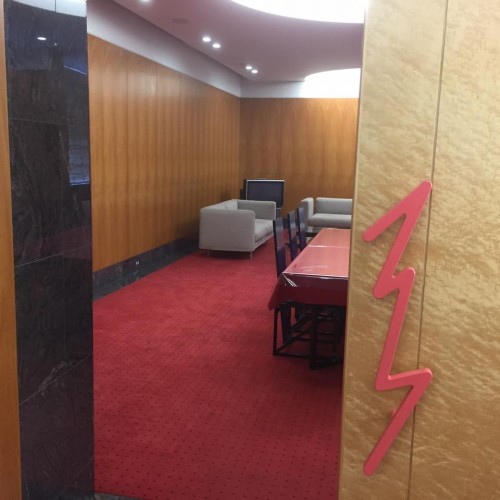 This all weather stadium is set to make some improvements over the next three years, including some extra training facilities for the teams, more updated accommodation and a few extra, tourist friendly touches. The stadium is already accessible by numerous buses, but there are even plans underway to make this more hassle free for the Japanese and tourists alike. Yet, with the massive nearby shopping malls and, of course, plentiful onsens, traditional sites and even their own variety of Oita beer, little needs to be done to make Oita seem more attractive to overseas visitors. This is sure to be a Rugby World Cup you are unlikely to forget. 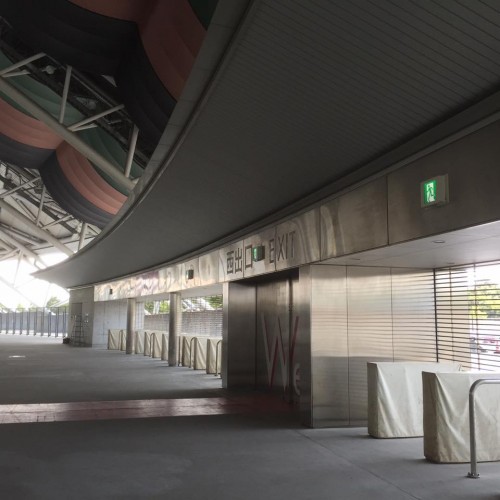 Plans are already underway to make this World Cup look, feel and sound different to any World Cup before it. But one thing is for certain, it is sure to carry all the fun, excitement and, if you’re British, the wealth of beer that we all know, love and associate with our beloved sport. So get ready for the Big Eye to burst with the yells of 40,000 fans from across the globe, prepare for the good old camaraderie that we all associate with this gentlemanly sport and brace yourself for the team experience that showcases the best of Japan to the world. 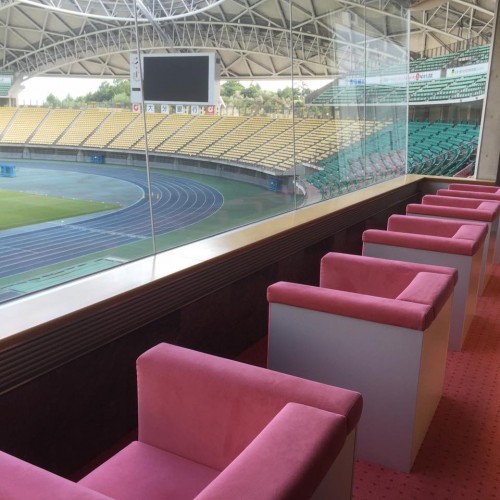 General Information:
The World Cup will burst to life in Tokyo on 20th September 2019, with the final held in the famously iconic Yokohama stadium on 2nd November.