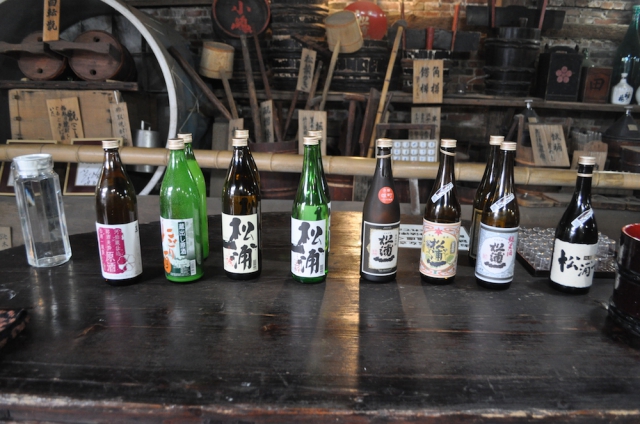 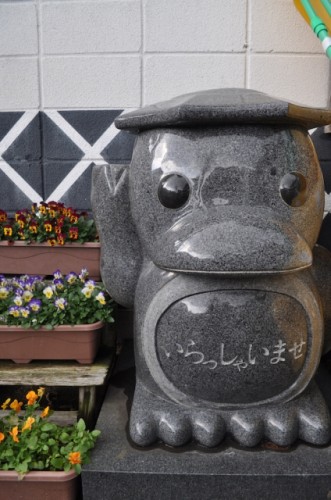 Trying local delicacies wherever you go, in Japan or around the world, is an important part and joy of traveling. Japan is famous for saké and nihonshu, the nation’s own types of alcohol. Just as beer breweries are gaining popularity and vineyards have been a long staple for wine lovers, Japanese saké has recently been gaining more international recognition and praise. Sadly, many saké breweries are still closed off to the public and many lack the efficient resources in order to welcome curious spirit lovers. However, as tourism continues to grow in Japan and more people – both domestic and international – gain interest in Japanese liquor, the folks in the industry want to teach and share their passion and love for saké with others. 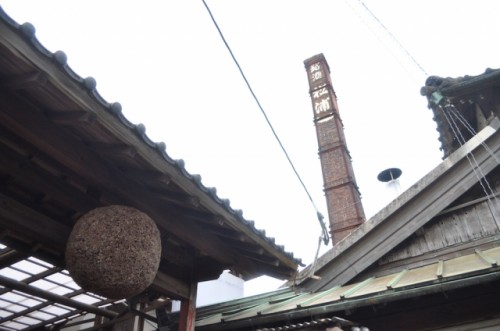 Matsuura Ichi Shuzo (brewery) is one of these types of traditional breweries welcoming visitors. This 300 year-old brewery is located quite in the middle of nowhere between Imari and Sasebo in Saga prefecture where the untainted and clean area makes for a supreme brewery spot. This is because in order to make Japanese saké, there has to be a supply of absolutely clean and fresh natural spring water nearby. Even with this sound reason for its location, one might wonder why visitors would go out of their way to flock to Matsuura Ichi Shuzo for a visit. The reasons for this are actually because of the brewery’s award-winning liquor and also, a unique mummy that’s on display. 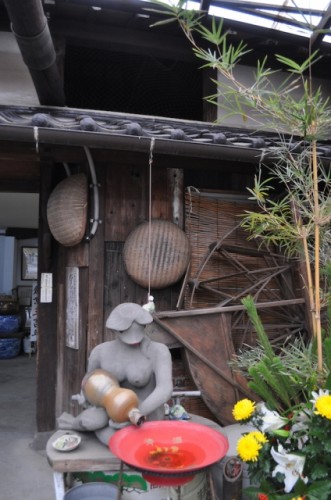 You can sample all the saké at Matsuura Ichi Brewery! 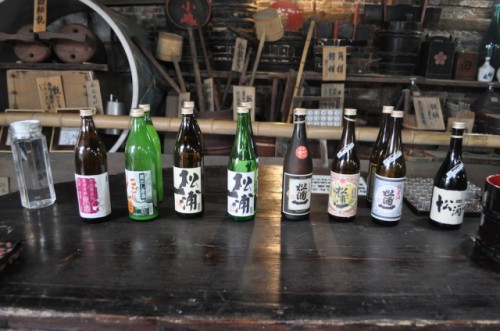 Before I tell you about the old Japanese legend and this mythical mummy, let’s start with a few drinks, shall we? The brewery has all of their spirits out for taste testing, and you are on your own to do so! Pictured, you see all the nihonshu, and their tastes are arranged from sharpest to sweetest. Test for yourself to see which ones you like. Check out all the varieties of saké at the brewery here, and wait until you’ve finished sampling the nihonshu before you move on to the award-winning liquor I was telling you about… 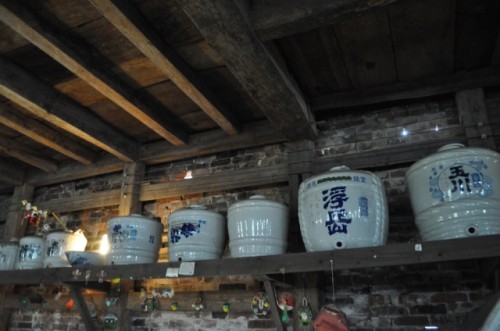 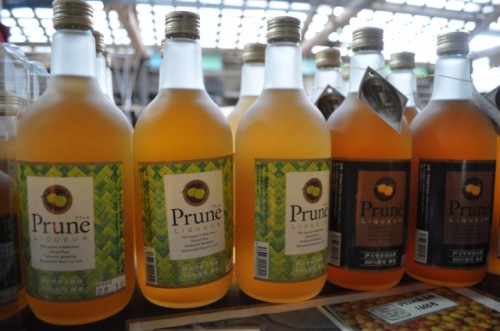 The brewery’s Plum Nankobai, labeled “Prune Liquor” on the bottles, is the 2013 national award winner for the best plum wine in the country. This is a big honor, considering the fact that plum wine itself is a liquor only produced in Japan. For those of you wondering what plum wine is in the first place, it’s a liquor made out of three key ingredients: fresh young plums, white liquor (simple mixing liquor), and sugar. Many people, including myself, make a batch at home when plums are in season around June. But many famous and smaller labels make plum wine for the public, too. Though tastes vary for different brands, I find most umeshu to be rather too sweet, often drinking it with water or soda, and only sometimes on the rocks. The plum wine here are a lot smoother, and easy to drink on its own. The alcohol content of the ones sold here are between 12-14%, but don’t throw it back like delicious candy…your body won’t forgive you the next day for the amount of sugar you’ve taken in! Regardless, plum wine is unique to Japan and delicious. Trying the nation’s best is a must. Check out the plum wine products here.

How is Japanese saké made? Learn about the history of saké making! 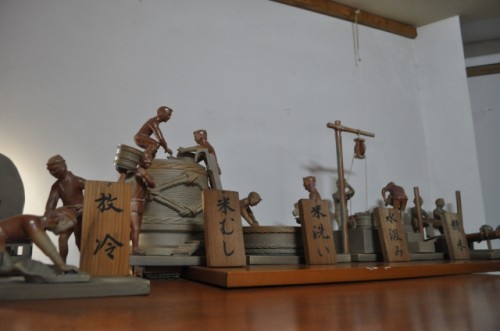 Matsuura Ichi Shuzo was founded in 1716 with the dream of wanting to become number one in saké making. Its 300-year history and recent awards sure prove its importance and worth in the history of Japanese spirits. The brewery is not only a great spot to test out the drinks I’ve mentioned above, but also a wonderful place to get a true glimpse into the culture and lifestyle of saké brewing. The entire warehouse, from the front garage to the back, are all filled with old (really old!) equipment used to harvest, brew, ferment, and store saké. 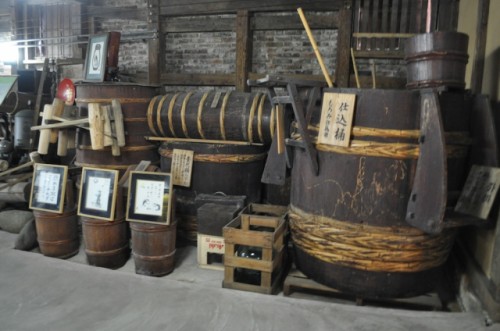 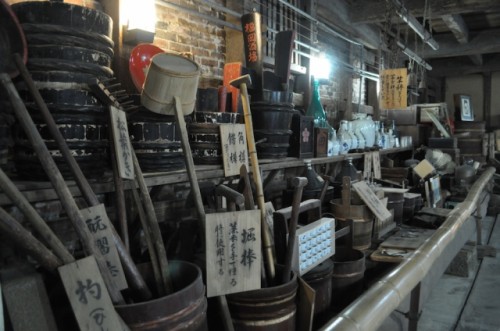 There are also equipment on display that show you the citizens’ lifestyles, clothing, and recreational activities from the past centuries. It’s sure a history museum that’s one of a kind and unique in telling the story of Kyushu and Saga. Unlike the museums I’ve gone to in larger cities, this one shows what inaka life was like, and how it may be different now or still the same today. 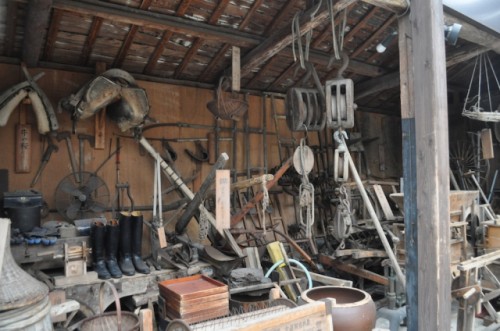 Historical artifacts aren’t the only things on display at Matsuura Ichi Brewery. This place is also home to a large kappa collection and a kappa mummy! But wait, what in the world is a kappa anyways?

The mythical Kappa and its proof, the mummy 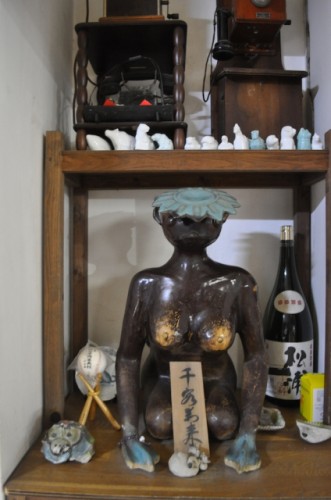 Kappa is a mythical creature that is traditional to Japanese folklore. It’s considered a water diety by Shinto beliefs, and they are believed to live in the rivers and ponds in Japan. Their appearance depicts a cross between human, turtle, and frog. Kappa are said to be green and have a build of a human child, but with webbed toes and hands, a beak, back shell, and most importantly, a plate on its head to keep an ever flowing supply of water. The picture above shows a lady kappa, as kappa are often symbolized in sexual ways. 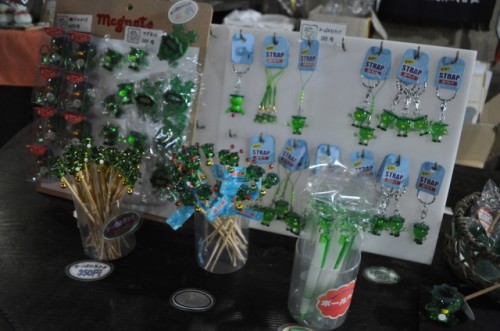 The brewery has an immense collection of kappa memorabilia, from posters to figurines, drawings to stories of kappa around Japan. They even have their own kappa souvenirs, like the ones above. The legend of kappa is actually very fascinating, and one that us Japanese children are exposed to early on in childhood. 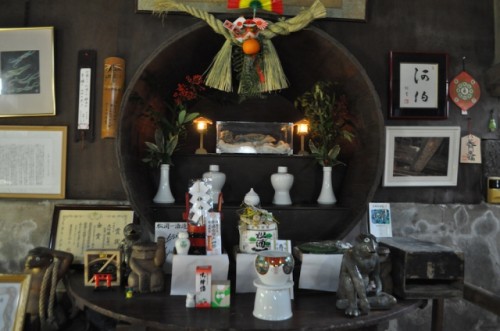 This shrine is dedicated to the kappa mummy, pictured in the glass container in the middle. During the renovation of Matsuura Ichi Suzo Brewery, this mummy was found on the old brewery’s property. I can’t say if I believe this 100%, but it’s worth a look for yourself. Because of this famous mummy, the brewery is also nicknamed Kappa Brewery.

Enjoy the local saké in the local Imari-Arita ware. 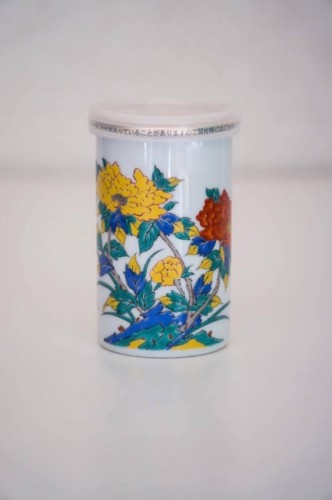 Sadly, I missed a visit to Koimari Shuzo (due to holiday closures), which is another famous saké brewery in the region. This brewery is famous for producing the nationally recognized saké called One Cup, most often than not found in conbini (Japanese convenient stores) and other shops offering cheap alcohol. While a regular blue-labeled One Cup can be found anywhere, picking up a cup in Imari brings extra flavor and fun to the mix. Imari is famous for the beautiful Imari-Arita ware. So in places like the brewery or Ookawachiyama’s pottery village, visitors can pick up a One Cup NOMANNE that comes in this pottery ware. Pictured is the one I chose, but people can choose a cup out of four different designs. 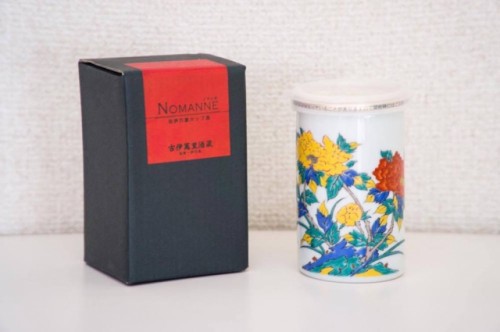 Den Den Town Osaka – A District For Gamers and Otaku

Nakazakicho, a Bohemian Neighborhood in Osaka