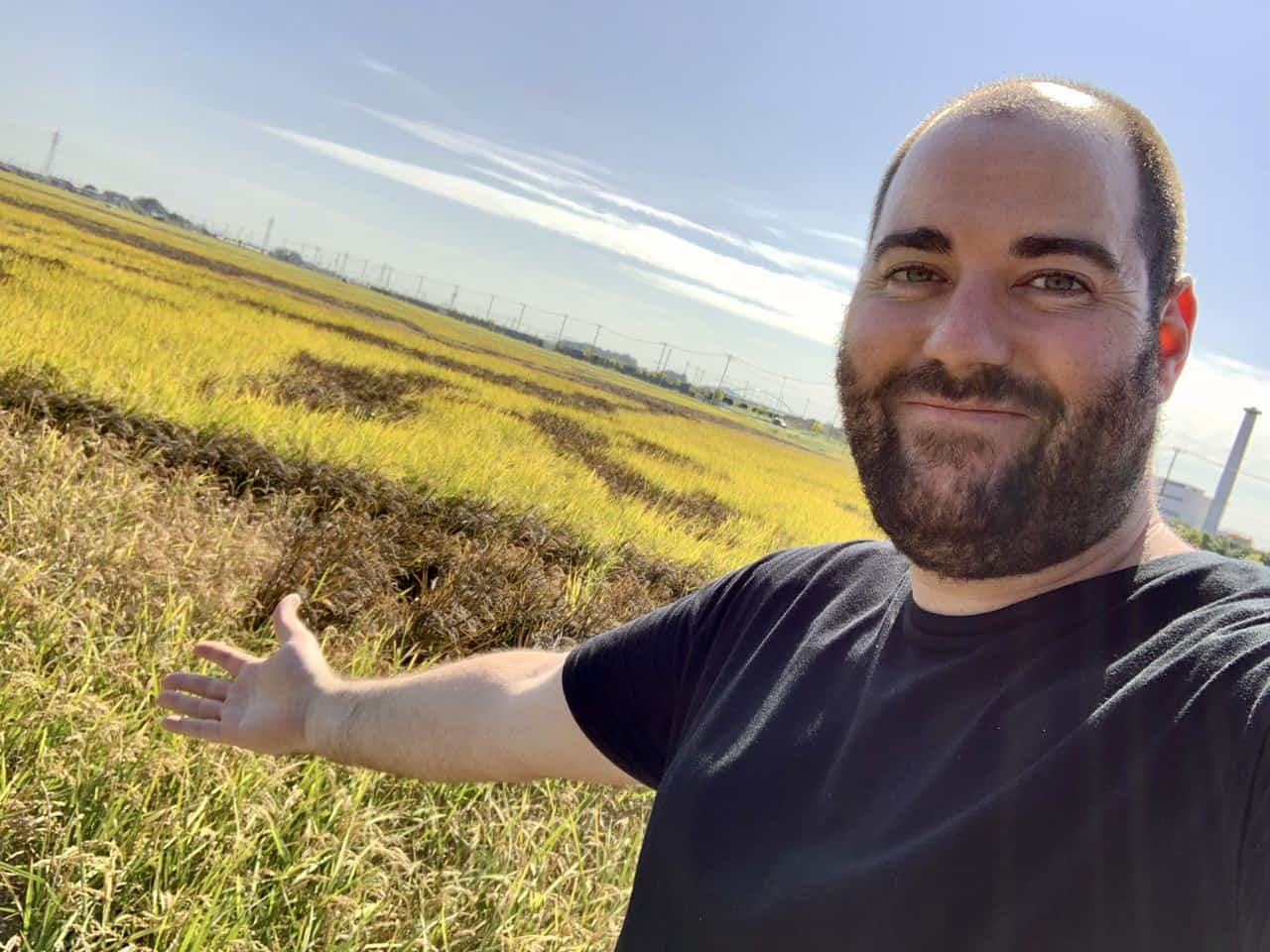 The Saitama Prefecture in Japan is a rich destination for history and culture, and Gyoda is a remarkable city to visit in this district. It only takes an hour to reach Gyoda by train from Tokyo – so if you’re after a day trip destination from Japan’s capital full of history and wonder, Gyoda could be your perfect choice.

Arrange your day trip and take a dive into a city rich with traditional history and classical culture. You’ll also be sure to find a variety of incredible restaurants serving local dishes, with plenty of opportunities to try regional delicacies and specialities.

For me, Gyoda was a very simple day trip to arrange, and it was so worth it as I could squeeze so much into one day.

Here are a few of my must-do attractions and things to do in the city of Gyoda.

A key element of Japan’s rich culture is veneration and respect of ancestors – so ancient Japanese burial mounds known as kofun can be found all over Japan.

Sakitama Kofun Park presents some nice opportunities to interact with this fascinating aspect of Japanese culture, and you’ll find a collection of ancient Japanese burial mounds on the outskirts of Gyoda city.

I would really recommend renting a bicycle for the day from Gyoda train station, which you can use to cycle all the way to the observation deck that gives you a view over this site of ritual and respect.

Kofun burial mounds are everywhere in Japan, and it’s said amongst the locals that there are more kofun mounds than there are 7-Eleven stores across the country. These historical locations are of incredible importance to Japanese history and culture, and any tourist who wants to understand a bit about this way of life should go to one.

Kofun, or burial mounds, are an ancient style of tomb dug into large mounds of dirt. They mostly were built during the 3rd to 7th centuries – a period of history called the Kofun (or Tumulus) period.

Gyoda has some particularly fine examples of kofun burial sites, which is why you should make the effort to see these ones on your day trip. These mounds have been carefully restored in recent years, so this is your best chance to get a window into this ancient Japanese practice. This particular park also has one of the largest clusters of kofun in all of Japan. You’ll find it in Oaza Sakitama in Gyoda – the entire prefecture is in fact named after this district.

The nine kofuns that are there cover an area of over 450 meters wide, and 900 meters long. They have a variety of interesting shapes and features, surrounded by moats and decorations. They really do have to be seen to be understood – the funeral objects that have been excavated and put on display are simply fascinating.

The Maruhakayama Kofun is famous as of the largest circular burial mounds in the country. There’s also a kofun called Inariyama where a famous iron sword known as Tekken was unearthed, featuring a special inscription. There’s also many funeral objects influenced by the culture of the Korean Peninsula on display from the Shogunyama Kofun.

This is a very mystical place, and somewhere that is definitely worth a visit. It’s an opportunity to pay respects to an element of Japanese history and culture that is completely different from the west. It is believed that the kofun were created over a period of 150 years between the 5th and 7th century. There’s just so much history here, and it’s a really magical spot to visit on a bike ride.

Once you’ve marvelled at the sombre beauty of the kofun, you’ll definitely want to pay a visit to the Saitama Kofun Park Prefectural Museum of the Sakitama Ancient Burial Mounds. There could not be a better place to learn more about the history of these fascinating burial mounds, as well as the items that have been found within them.

The display is interesting and gives you an idea of the timeline over which the kofuns were created and restored. There are national treasures on display in this museum of great importance to Japan. You can see the called the Gold-inlaid Iron Sword (mentioned previously) found in the Inariyama Kofun – it’s on display right here in Gyoda.

Specialist Japanese archaeologists used conservation treatments on the metal artifacts excavated from the Maruyama Kofun to preserve them – it’s thanks to these efforts that you can see so much of Japan’s history in this interesting museum. The sword has ignited much interest in particular –  X-ray technology showed that the sword was engraved with 115 gold characters on the front and 57 characters on the back. They say that the sword belonged to a warrior called Wowake – it lists eight generations of his ancestors.

You can find out a lot more about this fascinating artifact, and the era of Japanese history that it came from when you take a trip to this museum. It’s really interesting to learn about the importance of family names, burial rites and ritual.

The ‘tabi’ sock factories really are like going back in time. The main factory for these traditional Japanese socks has moved to Vietnam, but the city of Gyoda is still related to the industry, and you can learn about the production of tabi socks by taking a day trip here. It’s very easy to cycle here on your way to the Sakitama Kofun Park, which makes for an excellent transition on your day trip.

At the peak of the Showa era, Gyoda city was the main city for producing tabi socks. As nylon socks became more popular and flooded the world, tabi socks died out a little. You can still see remnants of the industry here today. Gyoda still hosts many tabi-related buildings. You can see tabi warehouses where the stock and offices were located. Most of these buildings date from the Meiji to the Taisho eras, so there’s a lot of history to learn about here.

There are a few traditional tabi companies still here in Gyoda – Kineya Tabi is one of them. It’s keeping the tradition alive, and you can give them a call before you arrive to arrange a tour of the factory. Take a look at all the antique machines that were once huge centres of industry, tailor-making tabi socks for elite customers.

Most of the old tabi buildings are now restaurants, houses and shops. You can visit a few of those on your day trip too – Gyoda really is a nice place to take a bit of a wander between stops.

Oshi Castle is a reconstruction of an ancient beautiful castle. It’s a really fun place to explore, you can take a guided walking tour around the grounds with the in-house samurai.

The original castle has been recently renovated to give tourists a glimpse of ancient Japanese regal life. There are plenty of visitor facilities and a museum exhibition on the inside of the castle. You’ll definitely want to take a walk around the grounds outside of the castle and enjoy the bamboo and decorative moat.

Oshi Castle has even been used as a location for films. The samurai that were featured in the movie accompany you on your tour, which really does add to the impressive feel of this castle visit.

The exhibition inside the castle is a nice way to top off your visit here, for even more in-depth history of the city and the castle over the centuries.

Travelling the world, one adventure at a time. Follow the UK’s leading solo adventure travel blogger, Dave Brett on his travels around the world. An Adventure travel blog that features travel tips and advice, inspirational stories, travel videos and travel photography that will help you inspire and plan your next trip abroad.

This is a collaboration article with Travel Dave UK, a similar article about Gyoda can be read on his blog.

Dave Brett has been travelling the world, one adventure at a time over on his travel blog, TravelDaveUK. A globe-trotting adventurer who has spent time exploring many different corners of Japan from Hokkaido to Kyushu and his on a mission to discover it all.