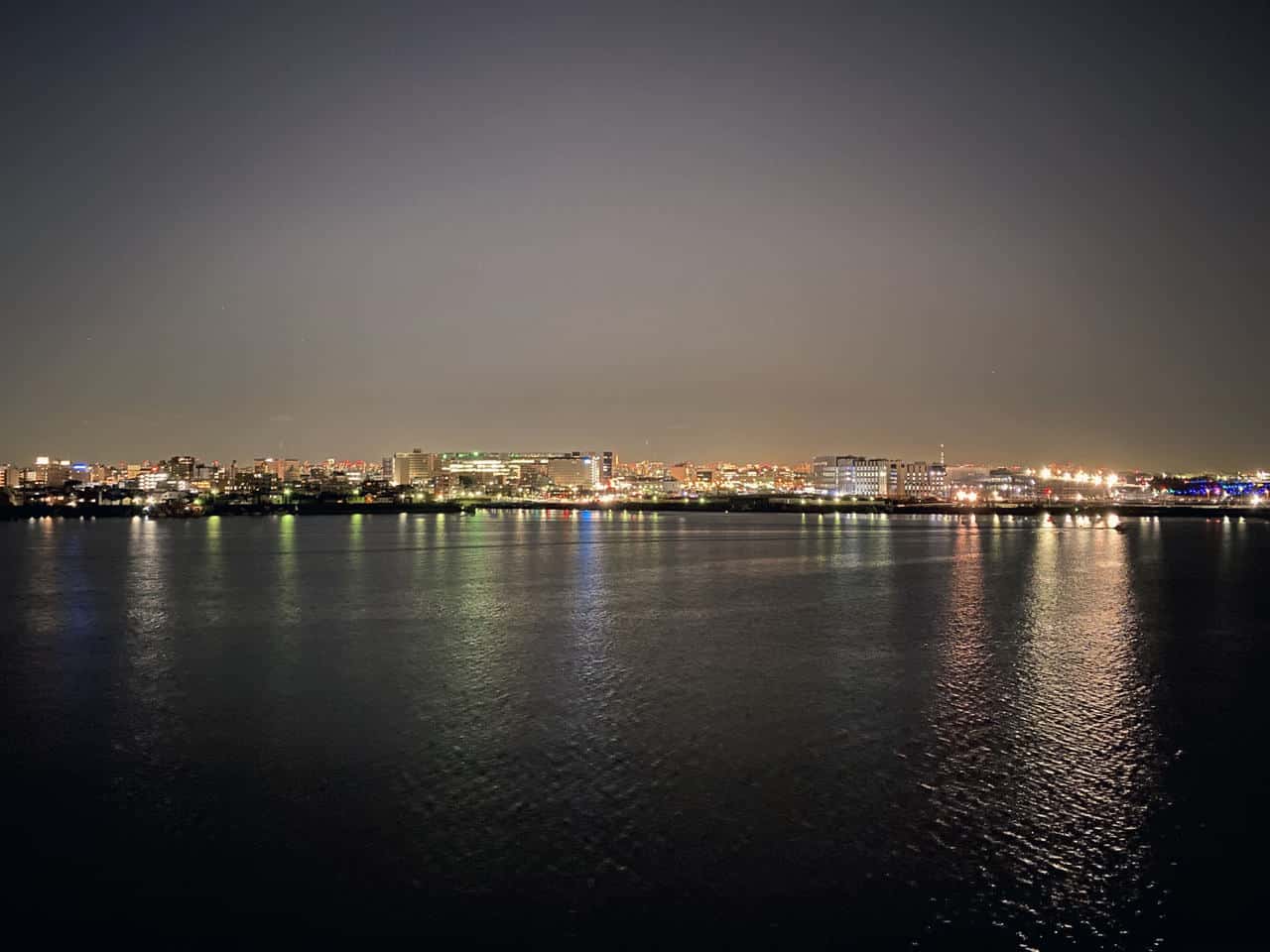 The Environmental Factories of the Kawasaki Coastal Area

In my mind, industrial areas were dark, dirty and noisy places. But after my experience in the Kawasaki Coastal Area, my ideas have definitely changed. Located in the Keihin district next to the ocean’s shore in Kawasaki (Kanagawa prefecture), this zone is home for factories, businesses, and… some other surprises!

Kawasaki is working towards becoming a sustainable and clean city, so the businesses in the area are also following this criterion. Follow me as I explain all the interesting places I visited in this up-and-coming city!

The wonderful city of Kawasaki is located between Yokohama and Tokyo. Next to it, you can find Tokyo’s Ota neighbourhood, home to Haneda International airport. A constantly growing city, its population grew from 50,000 inhabitants to 1.5 million.

One of Kawasaki’s main economic sources is the Kawasaki Coastal area, one of the industrial engines for development in Japan. It is located on the artificial island of Ogishima that was created at the beginning of the 20th century. Between 1950 and 1970, there was a period of strong economic growth in Japan, so today there are a huge number of factories devoted to the steel, refinery, energy and logistic facilities.

From the 1960s, Kawasaki decided to invest in solving the environmental problems that were caused by the area. Today, Kawasaki is known for its environmental conservation policies and processes.

We took a bus to the Kawasaki Coastal Area. I was surprised by the number of green spaces that I could see through the windows. In my imagination, I thought it would be smoky and dirty, but instead, I saw trees, water, and open space. And I found out why: Japanese law requires businesses have at least 15% green space in their surroundings. I was told that the roads were private and exclusive for the workers, creating a safer environment for workers.

In all the places we visited, they explained to us that there are good relationships between the different businesses in the area. Together, they collaborate to minimize the impact of their actions on the environment. This group also participates in constant collaboration and dialog with Kawasaki city.

JFE Steel East Japan Works was the first factory that we visited. Created in 1912, it is devoted to steel production. Nowadays they have 4 factories in Japan and the one in Kawasaki has 8,349 workers.

Our first stop was the administrative building. They were waiting for us to explain how the factory works. They lent us a coat, a helmet, a pair of gloves and glasses to protect us throughout the visit. We saw how they treat the raw material, the majority of which comes from Canada, Brazil and mainly, Australia. To import the raw material, there are big storage yards next to the bay so they can easily unload it from the ships. After that, a 40 km long conveyor belt moves the raw material to the factory, one of the longest machines existing in Japan.

After that, we went inside the oven building, where the raw material is melted to become a proper steel piece that can later be used to become the desired product.

Inside, we could see the oven in action; although we were quite far from it, when the oven was opened we could feel the heat. Obviously, at 800º C, it was going to feel pretty hot! When the doors opened to extract the soft, glowing red piece of steel, we could see the flames burning inside. And in that way, they can produce 300 tons of steel… in 10 minutes!

This building shocked me: it was huge and contained a lot of machines, one next to another so it was difficult to know where one ended and another one started. What surprised me the most was the heat, the noises of the machinery moving and the water used to cool the hot materials. It is important to mention is that there weren’t any workers inside. They told us that everyone worked in some attached rooms and people went inside for maintenance checks twice a month.

They empathized their commitment to environmental conservation, the energy, the quality controls, and the workers’ safety. Moreover, 30% of the enterprise’s annual expenses are allocated to work on those aspects. For instance, 9% of the water that they use to work is recycled for other processes and the same for the gas.

After saying good-bye to steel, we said hello to plastics!

We were on our way to Showa Denko, founded in 1939, a plastic chemical recycling plant. During this tour, I remembered my childhood, when I used to visit factories in Barcelona with my school. I didn’t understand why we took those trips and being a teenager, I was just waiting for it to be over so we could have free time in the city!

But not this time.

I realized why they took us to visit those places: to see how they functioned in order to raise awareness. In the recycling plant, I understood why the process of separating plastic waste from other garbage in Japan is so important.

Mr. Ando explained to us that the recycling method used in Showa Denko is chemical: using the gasification method, they transform the plastic waste into new materials, decomposing it in high temperatures. The new product that appears has the same quality as the original plastic! What is more, you can mix different types of plastics using this type of recycling, which is positive because in other recycling processes you need to separate them.

In Japan there is just 4% chemical recycling, well below the 23% of material recycling and the overwhelming 58% of thermal recycling. But Showa Denko wants to increase this method in order to preserve the environment, because it can recycle almost 100% of the total product, including the waste. For example, even the carbon dioxide that is created in the process can be used for other products, such as dry ice and carbonated beverages.

Another notable point is that the plant is connected to the King Sky Front, an R+D area near to the industrial island. They supply the electricity that they create in the recycling process to their buildings!

We left the island for the shore of the Tama River, where King (Kawasaki INnovation Gateway) Sky Front is located. The chairman, Mr. Ryuta Nomura, received us to explain his project.

King Sky Front is strategically located 10 minutes from Haneda Airport. It used to be an industrial area, which shut down in 2001. After 10 years they wanted to bring new businesses back to the area, but many businesses rejected the location due to the distance to the public transport from Kawasaki city. However, the CIEA (Mr. Nomura’s business), was interested in the area specifically for the close distance from the airport. They have a lot of international business relationships, so it was perfect for their guests.

Today, there are 67 enterprises in King Sky Front! Among them are the famous companies, Fujifilm and Johnson and Johnson. In the area, there are 1400 workers, 500 researchers, and 300 Pd.D holders.

One of the weaknesses of the area, as I explained, is the lack of public transportation. However, Mr. Nomura made it clear that this wasn’t a hindrance to business and the number of businesses relocating here continues to grow. He was proud of the good relationships between the businesses of the area, as well as with Ogushima Island and Kawasaki city. All of them collaborate together to improve each other year after year.

In 2018 Kawasaki KING SKYFRONT Tokyu REI Hotel was opened to appeal to both visitors and local people.

This hotel is a modern building with an industrial twist. It is the first hotel using the surplus hydrogen from Showa Denka to generate electricity and heat for the building through a fuel cell located outside the hotel. Moreover, they have fostered a community concept; in the lobby, there are spacious areas for people to talk, work, or relax.

I had the opportunity to dine at the Captain’s Grill and Bar, the restaurant located on the 5th floor. I tried the tasting menu that includes:

From my point of view, the meal had a good variety and was delicious. On request, they can make it a vegetarian meal.

All the staff was really fast and attentive. They even asked me if I disliked the fish because I didn’t finish it — it was delicious but there were some beans which I don’t like!  The ambiance was quite friendly and it was full. I thought it wouldn’t be so well-known, but it seemed that many people from Kawasaki or the Ota neighbourhood were visiting it.

It also has amazing views of the Tama River and Tokyo. If you look closely, you can even see the Tokyo Tower!

Finishing with a Good Impression

The whole experience was really interesting and I was happy to visit a new place so close to home. I learned about the processes and strategies about the recycling and environmental efforts in Kawasaki. I hope that other worldwide industrial zones would learn from them and that they could join their strengths to produce without polluting the world.

How to Get to King Sky Front

Unfortunately, you can’t visit the industrial zone without a previous invitation. You can go to the King Sky Front area; you have to take a train to Kawasaki Station and transfer to the Keikyu Line. Take the train to Kojimashiden Station. After that, walk 15 minutes and you will arrive at the Skyfront area.