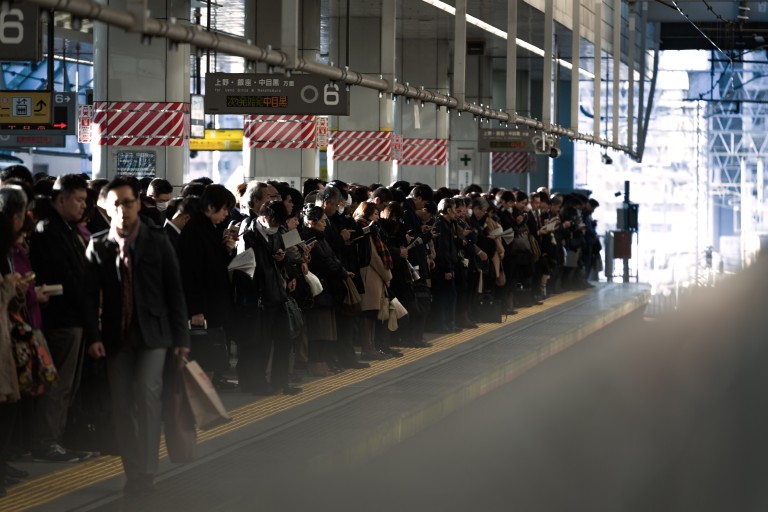 Japanese Trains: What Should I Know?

Japanese trains are famous for being clean, punctual, convenient and fast. They are also famous for being a tight squeeze. The sheer amount of people that ride on Japanese trains is incredible; 6.84 million people take the subway trains each day in Tokyo. Despite this, the railway companies still manage to deliver exceptional service, which is quite an amazing feat of modern society. 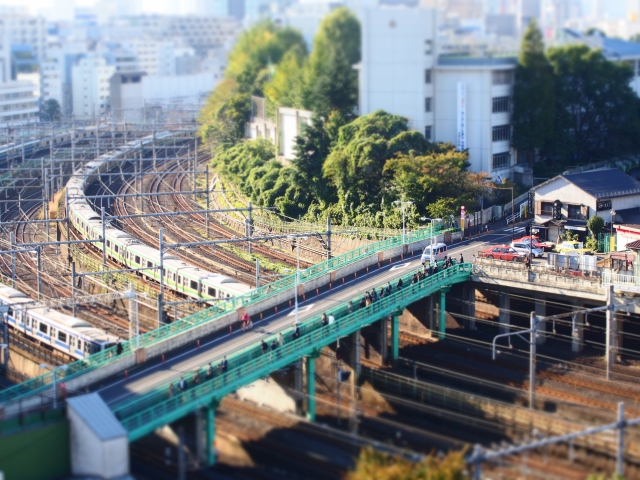 The Japanese train network is an extensive one managed by many different companies. Unfortunately, this means you cannot use the trains with a single ticket a lot of the time, so changing lines can become expensive. In this article we would like to tell you how to get around these problems, as well as explain the ICOCA card and other tips when riding Japanese trains. 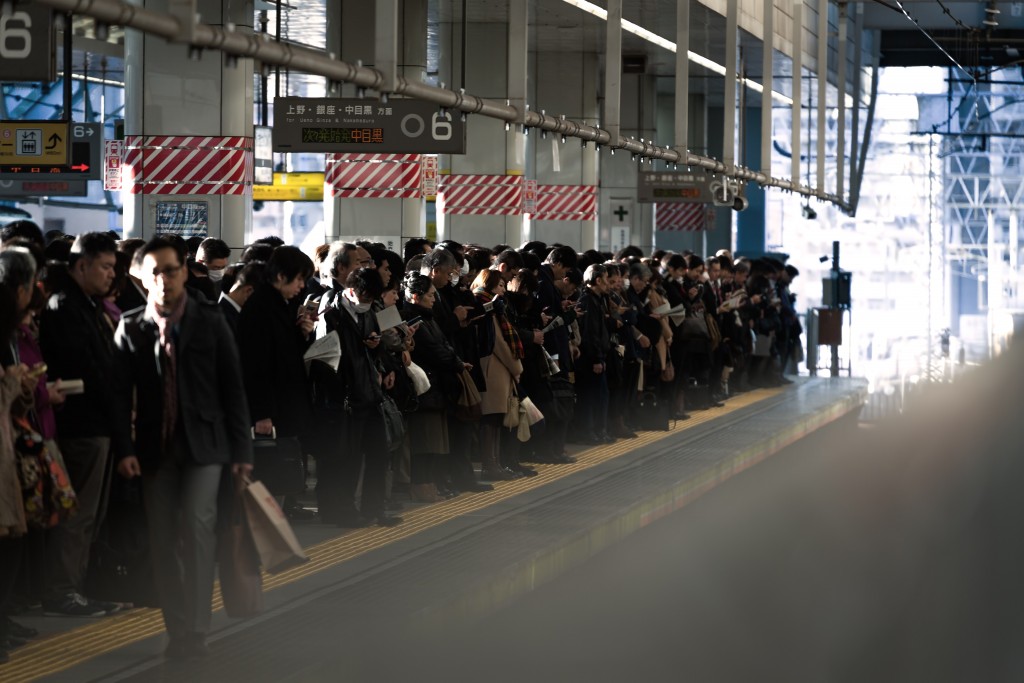 The first and most important thing to understand for Japanese trains is timetabling. Fortunately, very sophisticated and easy to use English services exist, so the process is quite simple. The caveat is that it’s all online, so unless you have bought a pre-paid SIM card or wireless hotspot, you will need to plan your trains ahead of time at the hotel, or follow the signage which is displayed in partial English. 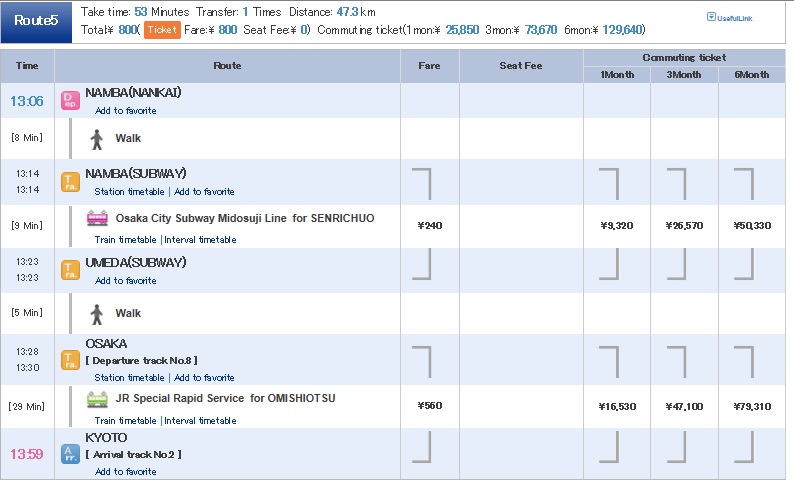 By using the service, you can ensue you get the fastest trip to your destination. If you catch the first train going in your direction without looking it up, you risk getting on local trains when an express would have been much faster. You can also see the price here, so you know exactly what ticket to buy (but more on that later in the tickets section). You can also see the platform number (if the station has multiple platforms) and the time of departure. Additionally, you can sort by price and find a cheaper route. With many different Japanese companies operating trains, it is sometimes much cheaper to take a route that is only a few minutes slower.
Finally, Japanese trains are almost always on time. If you know the time the trains are arriving, you can simply get on the one that does arrive at the right time. This means you don’t need to remember anything but the departure times. You can check out Hyperdia here.

Many different companies operate  the Japanese rail lines. The largest is Japan Rail, commonly called JR. The JR pass is, to no one’s surprise, issued through them. Generally, switching companies mid-journey will jump up your ticket price quite a lot, as you have to pay the flag-fall twice, so to speak.
If you wish to ride trains on a budget, it’s a good idea to check Google Maps and see if, perhaps with a little walking, a route exists that doesn’t involve changing companies. You might even spot something interesting, like a nice café or temple. 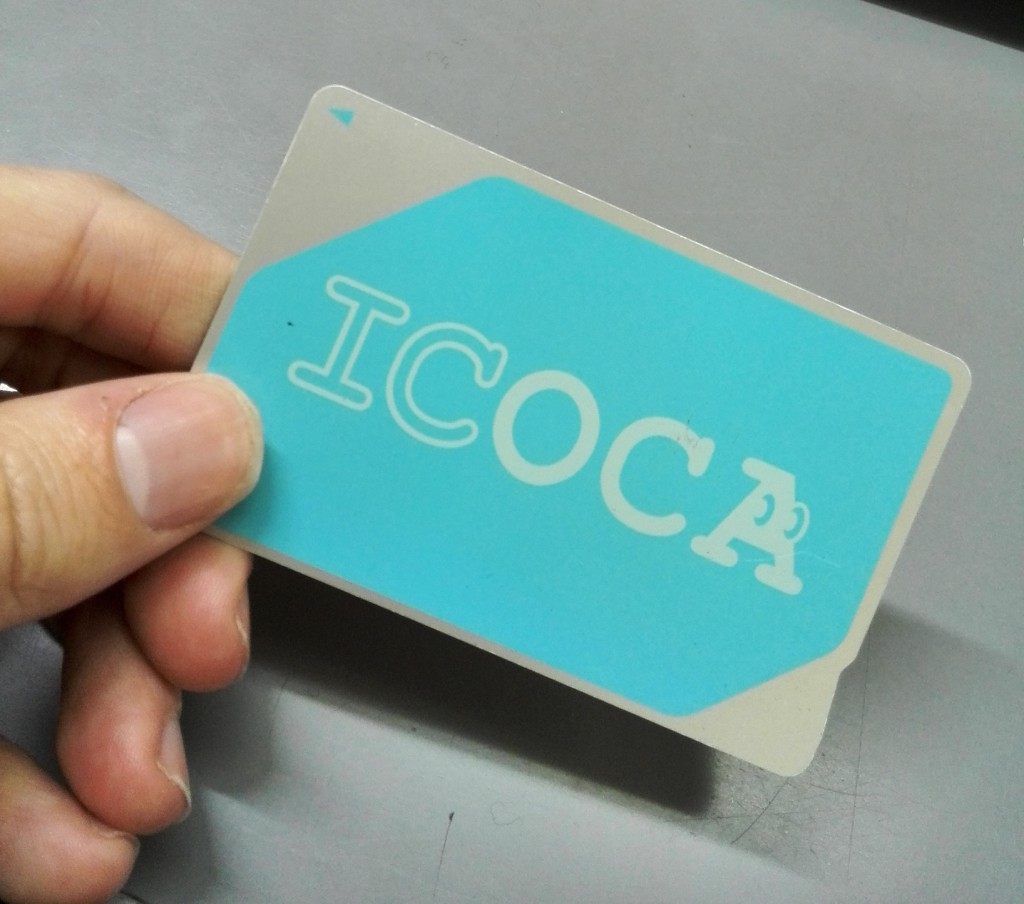 The Japanese train networks run on a dual ticketing system, for the most part. The old (and mostly redundant) method involves buy a ticket stub from a machine. The value of the ticket must equal the cost of the journey, and it will be consumed by the machine on your exit. Let’s look at how to buy a ticket.

1. Find the cost of your journey. You can do this by looking at the stations map located above the ticket machines, or more simply by searching on Hyperdia.
2. Select the price on the ticket machine.
3. Insert the money. Please be aware that the machines do not accept credit cards.
4. Accept or decline a receipt.
5. Take your ticket.

The other ticketing system is by smart IC card. This is much simpler in my opinion, as you can simply load money onto your card, and then touch it to the barrier to pass through. Not having to think about what each individual trips price is makes it a lot easier.

The main IC card is PASMO, SUICA & ICOCA. In this article I will show you how to get an ICOCA card, and how to use an ICOCA card.

Getting an ICOCA Card for Japanese trains

The ICOCA card can be purchased from most train stations in the Kansai region. It works on almost every line, and can be used on some vending machines too. The cost is 2000 yen, but it comes pre-loaded with 1500 yen.
1. Switch the ticket machine to English by pressing the English button.
2. Press “Purchase ICOCA”.
3. Press 2000.
4. Insert 2000 yen into the machine.
5. Choose to accept or decline a receipt
6. Take your new ICOCA card.

Adding Funds to your IC Card for Japanese trains

The ICOCA card is reusable after you’ve depleted the initial 1500, and you can easily add more credit at the same machines you bought the ICOCA from. Please be aware that the machines do not accept credit cards.
1. Insert your ICOCA into the machine.
2. Press the yen amount you want to recharge.
3. Insert the cash.
4. Choose to accept or decline a receipt.
5. Take your freshly charged ICOCA card.

How to Use an ICOCA Card on Japanese trains

Simply touch your card to the IC panel on the ticket gates, and the gate will open. If there are insufficient funds on your card, it will decline (the gates won’t open) and you’ll have to top up your ICOCA card. 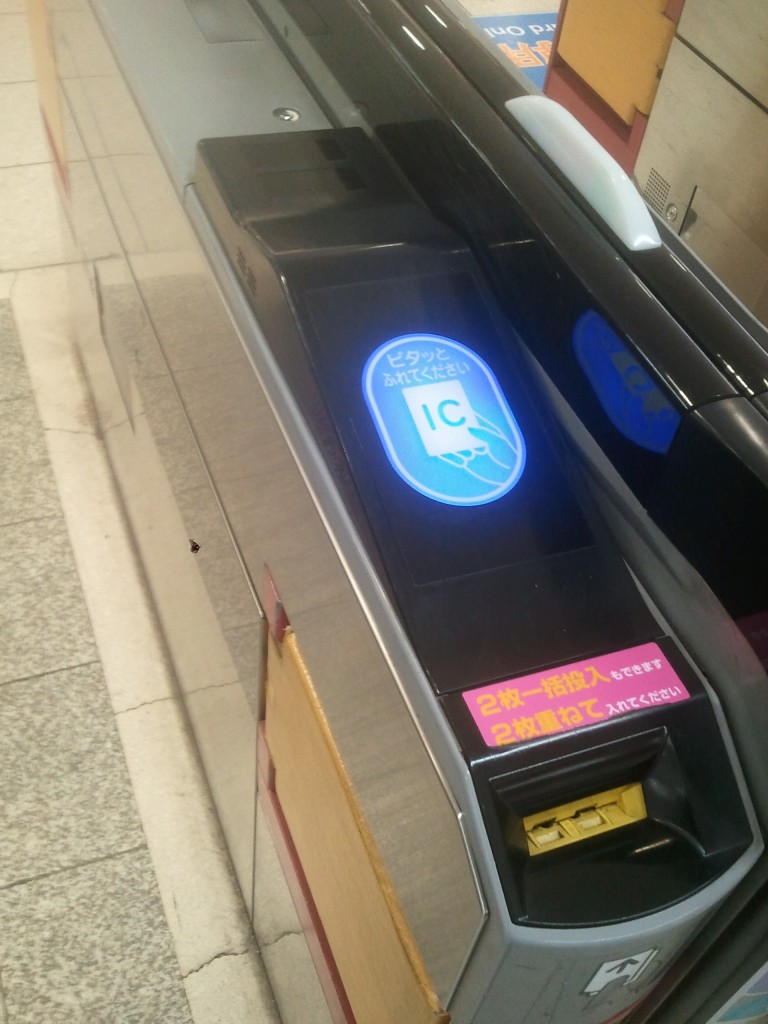 When you leave the train station at the other end, touch your ICOCA card to the same place and the fare will be deducted. 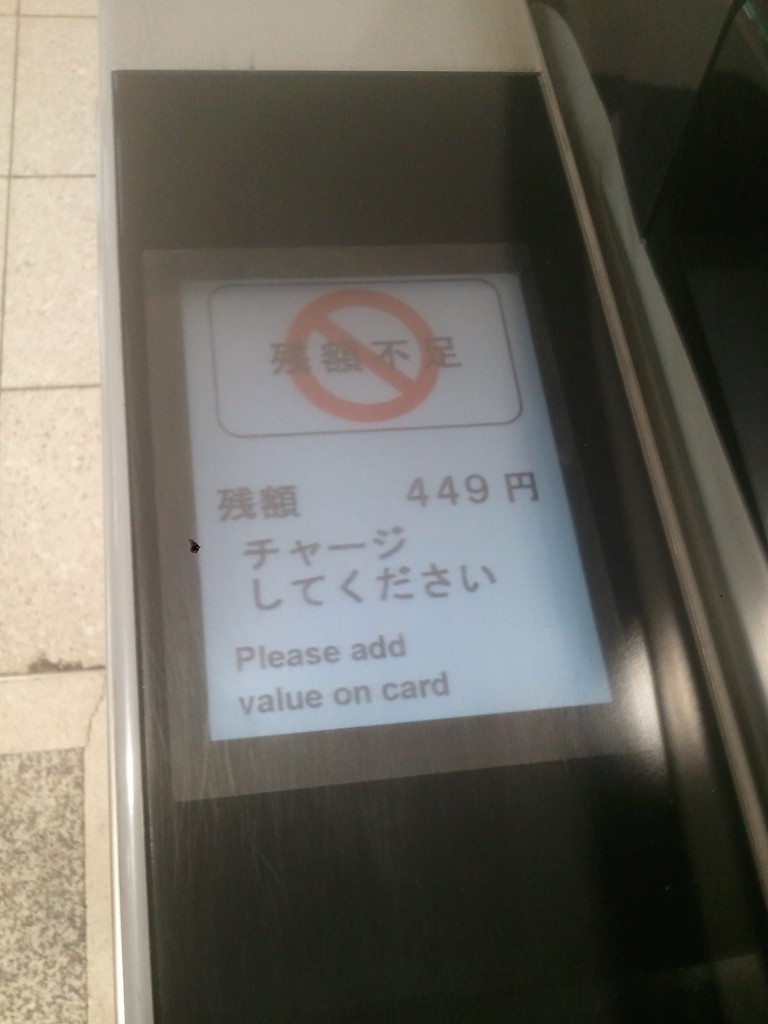 If the journey costs more money than what is available on your ICOCA card, you will be unable to leave the station. Fortunately, there are “Fare Adjustment” machines inside the paid area. Take your ICOCA card here and you can add more money to your card. 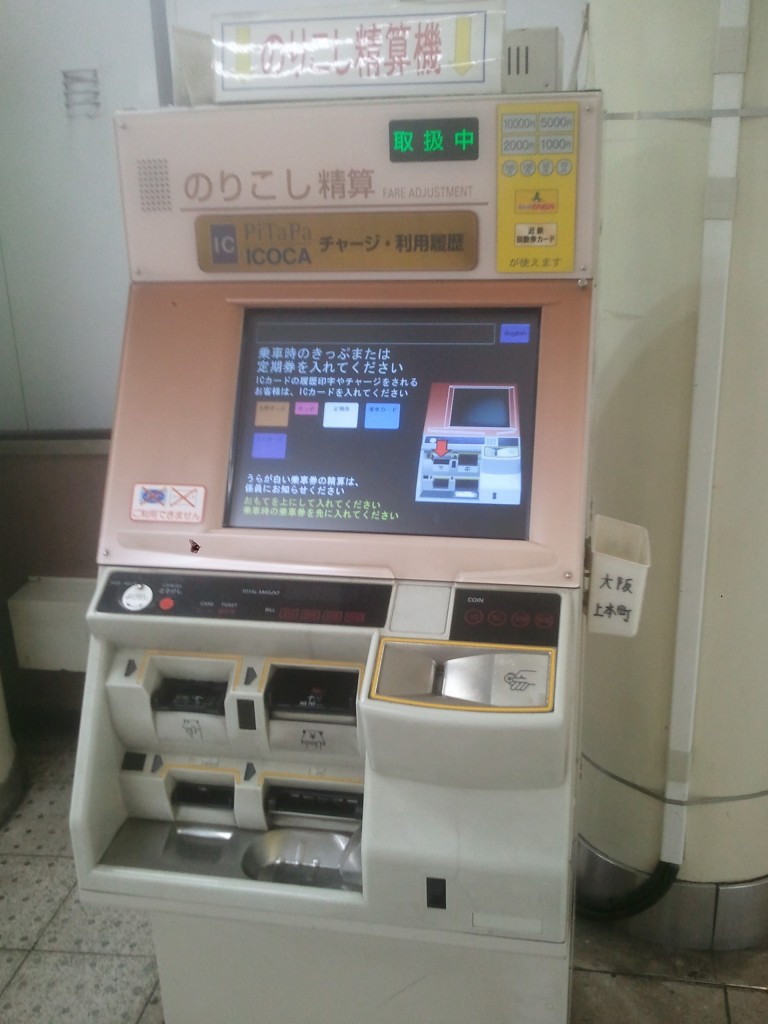 1. Insert your ICOCA card into the Fare Adjustment Machine.
2. Choose the English option.
3. Depending on the machine, either choose to charge an amount or add the insufficiency.
4. Insert the money.
5. Take your card and receipt.

A commuter pass allows you unlimited travel between any two elected stations. You can freely get on and off at any station between the two. Commuter passes are generally used by Japanese employees and students who commute on the same trains each day, as after about 20 days of back and forth, they become economical.

So why would a tourist be interesting in a commuter pass? It won’t be useful to you if you are always taking different routes, but it could be useful if a certain leg is common to your daily activities. Many cheaper hostels are usually a little out of the way, so perhaps a commuter pass from your local station to the big central station will save you a few thousand yen? You can do a little math and use Hyperdia to check! Two thing to keep in mind though: as a tourist you could be going back and forth more than once a day, so it would be quicker than 20 days before it becomes economical, and the minimum period is 1 month. 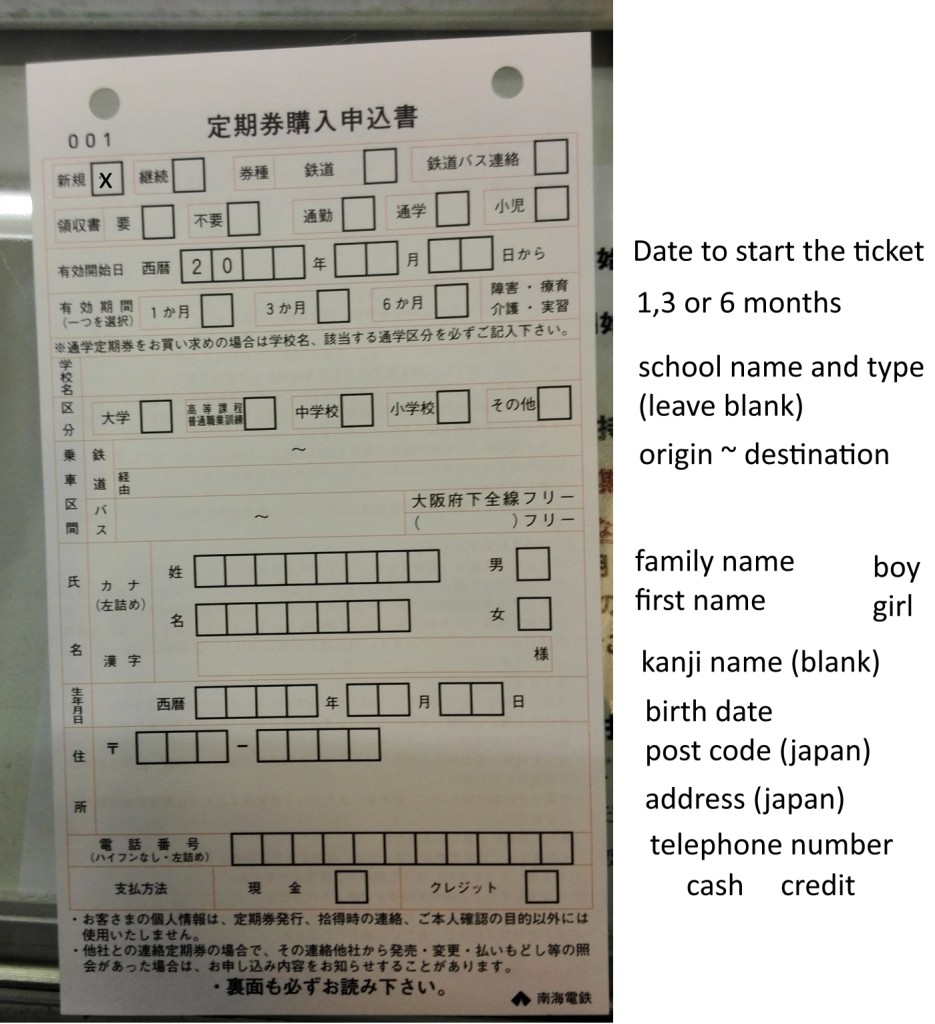 You can buy a commuter pass from the ticket window. Simply fill in the form and pass it back to the attendant.

With that information, you are ready to start catching the Japanese trains with the knowledge and support that makes it simple and as stress free as possible. Please enjoy the best train system in the world!