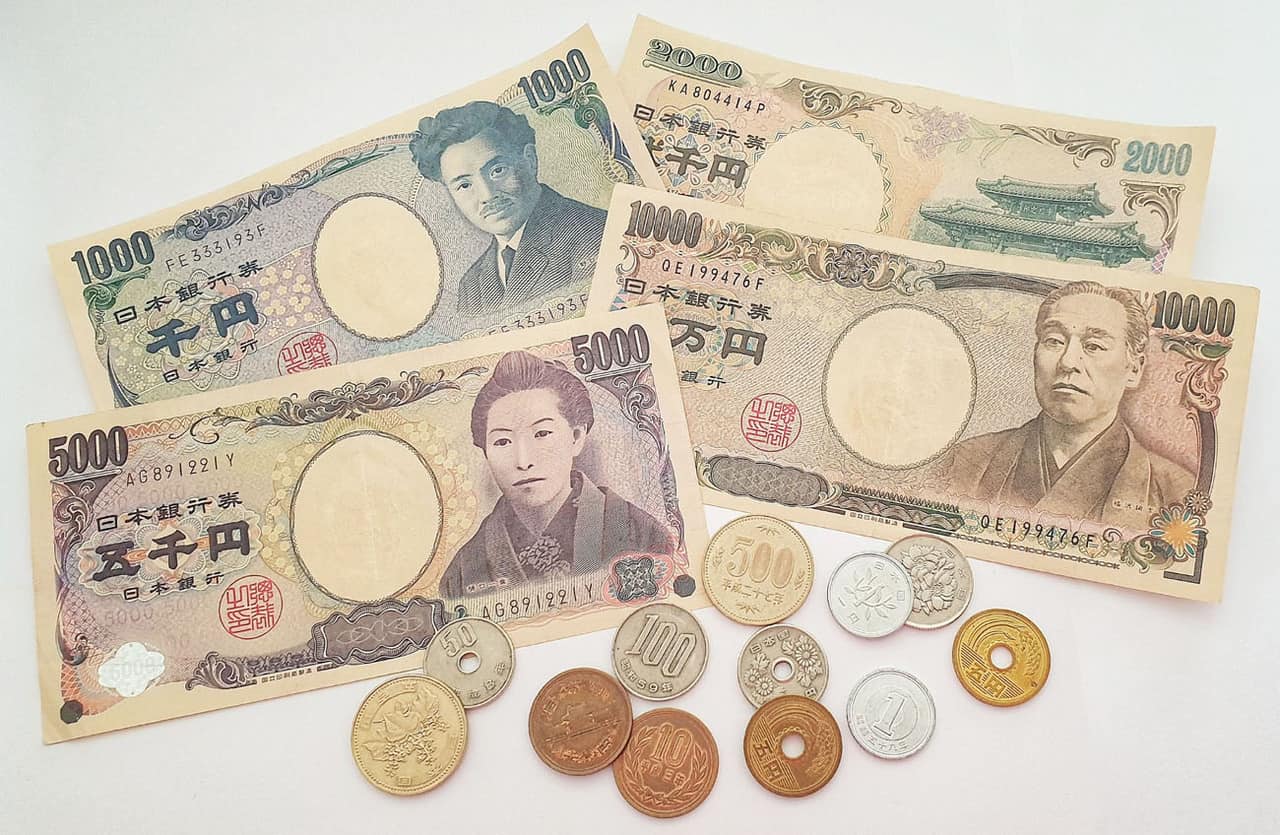 Guide to Japanese Yen: What Is It, How to Pay, and Where to Exchange in Japan?

When traveling to a foreign country, you may be faced with several challenges. Among these, you’ll be tasked to deal with the national currency before starting your trip. Not in all countries, such as in Europe, do the different countries use the same currency, the Euro. In Japan, you pay with the Japanese Yen. We’ll take a closer look at the currency today.

In Japan, Yen has been used as the national currency since 1871, which the Meiji government introduced based on the western model. The Japanese character for this is 円 (えん, pronouned “en”), but ￥ is used internationally as a symbol.

The Yen exchange rate compared to the Euro and the (US) Dollar changes daily depending on the global financial market, but in recent years, it has mostly been around 125 – 130 Yen for 1 Euro and 100 – 105 Yen for 1 (US) Dollar.

What Are the Coins and Bills Used in Japan?

As in many other countries, coins and notes are used to pay in Japan. These have different colors, symbols, and embossing. There are six different coins and four different notes in use in Japan.

How to Exchange Foreign Currency and Withdraw Japanese Yen

If you travel to Japan, you’ll need to change your money, as you won’t be able to pay with the Euro or the Dollar in Japan. It is up to you whether you want to exchange your money at your local bank before you leave or after you arrive in Japan. However, it is advisable to always have some cash with you, as Japan has long been a cash-oriented society.

There are exchange counters at international airports in Japan. You can change different currencies (you can also exchange the remaining Yen back to Euro or Dollar there before your return journey). But even in the larger metropolises’ inner cities, you can usually find exchange offices and machines at popular tourist locations.

An alternative to changing your own currency into Japanese is to withdraw Yen directly from Japan’s cash dispenser — an ATM — using a debit or credit card. This does not work at all cash machines, but the Japan Post Bank machines and 7-Eleven, in particular, accept foreign cards and can withdraw cash for a fee. Note that some machines are not in operation around the clock. You should clarify with your bank in advance whether this is possible with your bank card or not.

If you do not travel abroad often, it is advisable to let your bank know before you leave that you will be using your credit card in another country. Otherwise, the credit card provider might block the card due to suspicion of misuse.

The Change to Cashless Payment in Japan

Although Japan is known as the land of cash, recent years have been towards cashless payments. In many shops, supermarkets, and restaurants, you can now pay with the IC cards (Suica, Pasmo, etc.) that are normally used for trains. Payment apps such as PayPay, Line Pay (Android / iOS), and GooglePay (Android / iOS) are also becoming increasingly popular. The first shops now even only offer cashless payment.

Before you travel to Japan, you should think about how you want to change your money into Japanese Yen, because cash is required on-site in most cases. Then nothing stands in the way of your next Japan adventure!