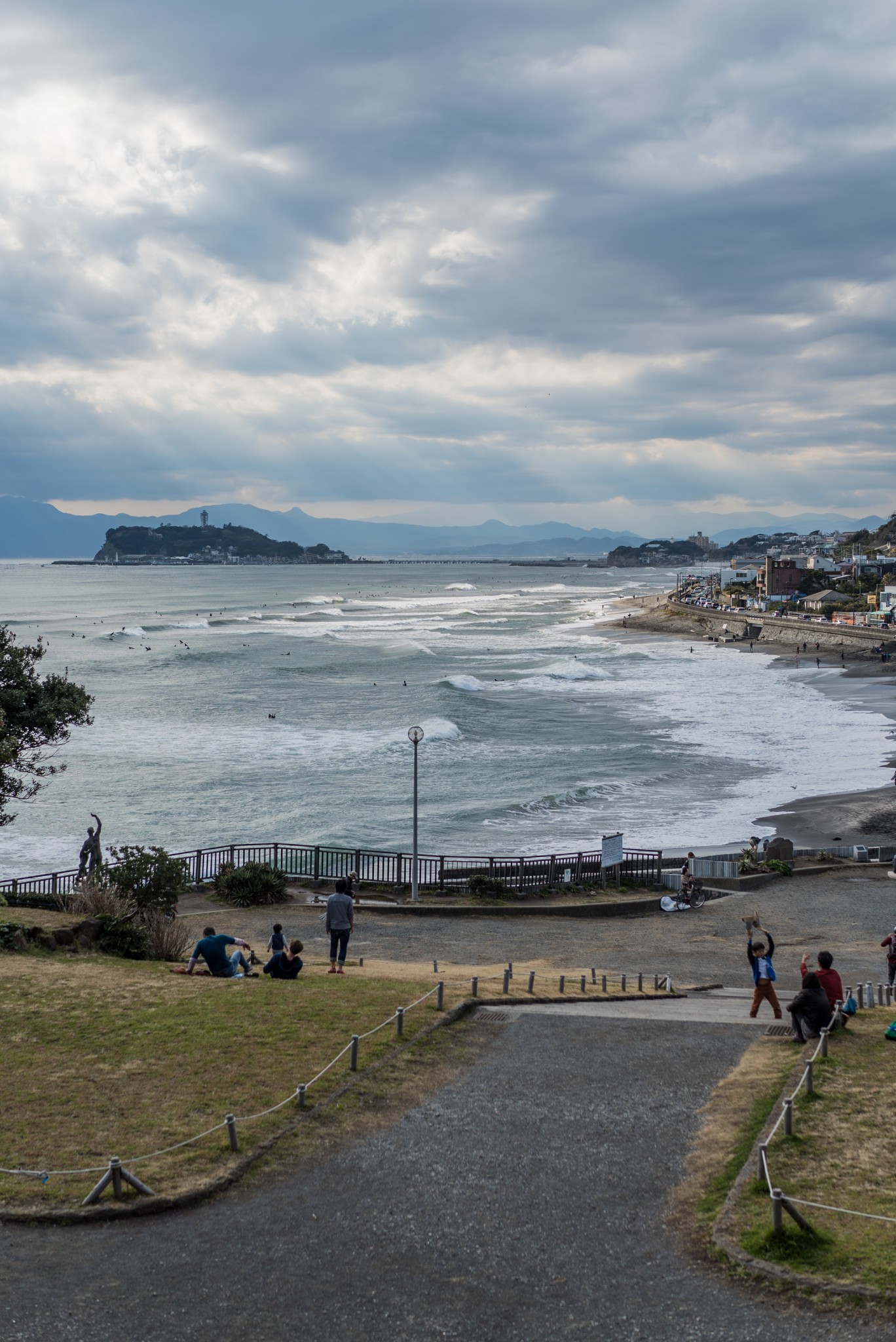 Inamuragasaki Beach, A Great Spot for Surfing and Mt.Fuji Viewing

Are you a beach person disappointed by the lack of surf spots, or are you just looking to get out of the big city for a day and enjoy some ocean views? About a one-and-a-half hour’s trip south-west from central Tokyo, Kamakura city’s Inamuragasaki is a great place for surfers and nature lovers alike. 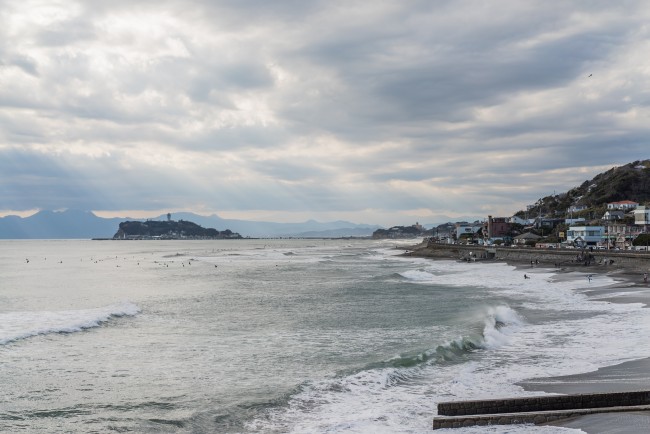 Inamuragasaki Beach , Hot to Get There from Tokyo

The journey to Inamuragasaki is not too difficult, but I will try to break it down and simplify it. First, head to Kamakura station (you can get there via the JR lines from Shinjuku station). At Kamakura station, change to the local Enoden line, a small two-carriage train. Jump off at Inamuragasaki station, exit and head left and make your way towards the beach. To get to the cape park, which has the best view, turn left at the beach road and walk about five minutes until you reach the cape. You won’t miss it! 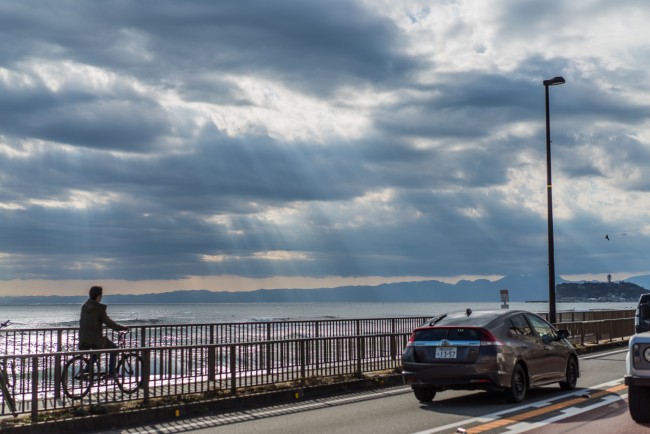 At Inamuragasaki Beach, What to See

Walking Inamuragasaki cape, you can see Enoshima Island in the distance, and on a clear day you can see Mt Fuji! We were not so lucky this time, so I recommend that if you really want to see Mt Fuji to try avoiding travel here during the rainy periods. Or at the very least, check the weather report before you go. At the very least, we were able to spot Enoshima in the distance! If you have not yet been there I definitely recommend it. You can read about my trip to Enoshima here. 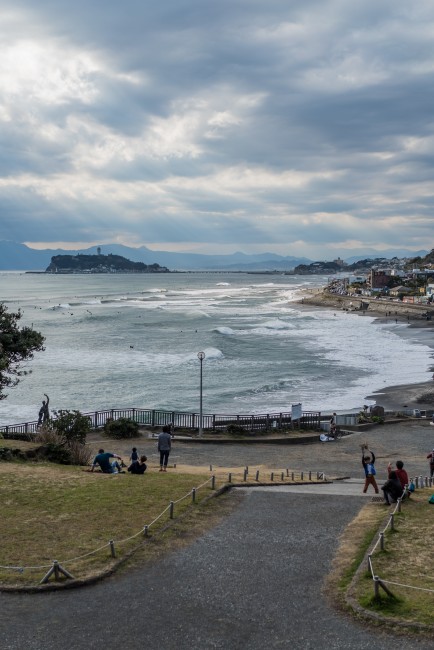 Once there you can explore the small park area and take in the view. While there we were lucky enough to get a few minutes of sunlight before the clouds began to gather. 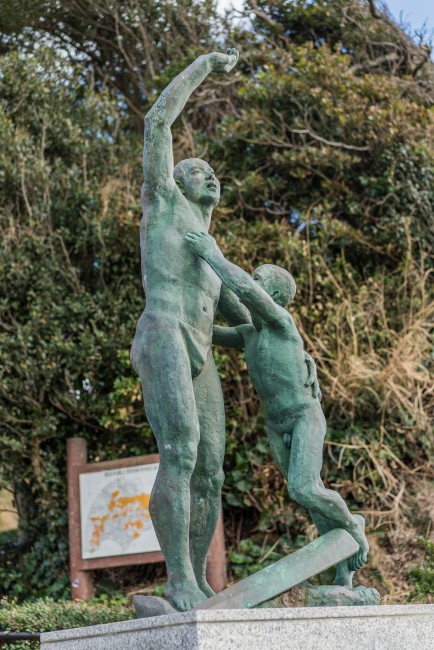 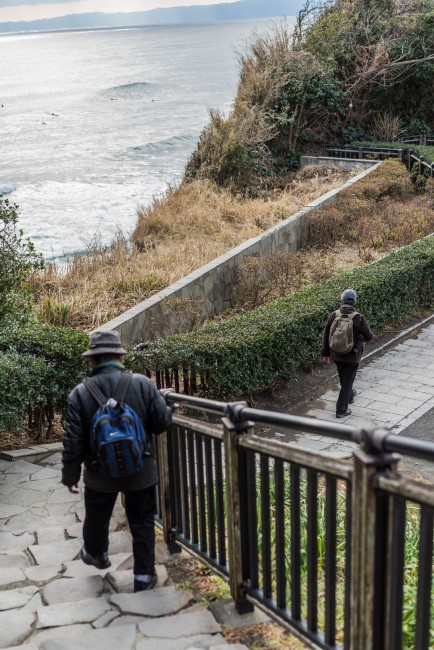 Inamuragasaki is an important part of the regions history. During the samurai years and before many of the old roads were built, the cape was used as a natural defense by the ruling Yoritomo clan. 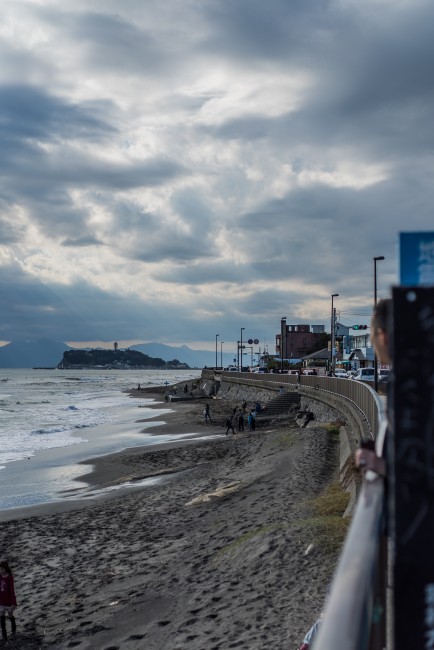 Kamakura is a famous area for surfing. You will often see dozens of locals driving around on mopeds, wearing wetsuits and hanging their surfboards off the side. Even during the winter, the locals still love to get in amongst the waves. In fact, I was told that the reason you see so many surfers even during winter (which is pretty cold, by the way) is that the colder time of year tends to have the best waves. 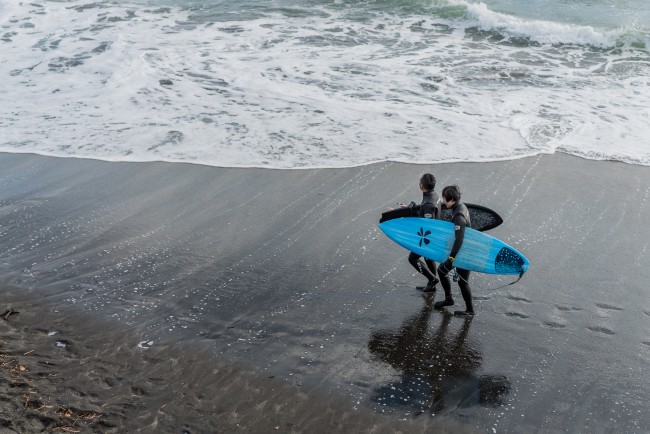 On the way back to the station, we walked along the path parallel to the beach and enjoyed what remained of the sunlight. It was a nice break from the city and great chance to see a little bit of nature. I definitely recommend you check out Inamuragasaki! 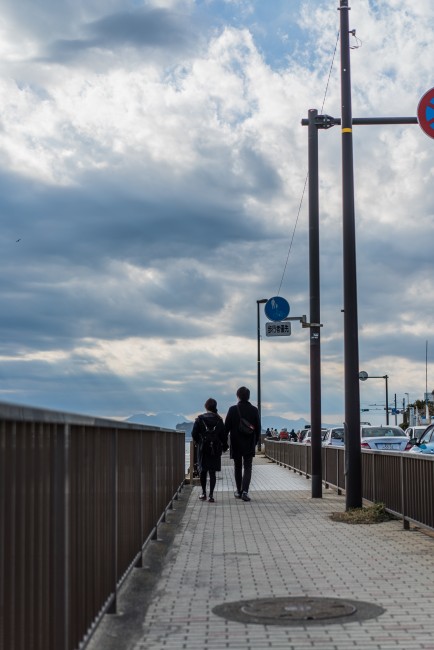