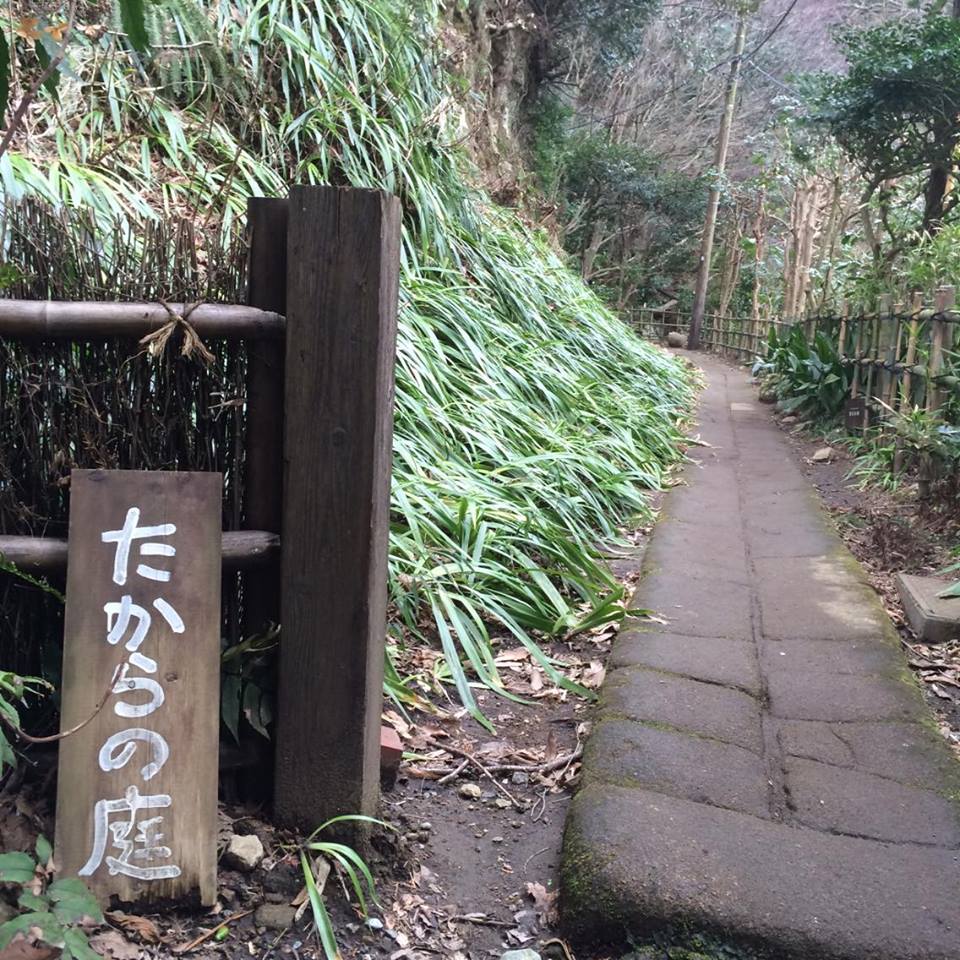 Art and craftsmen at Takaranoniwa, in the nature of Kamakura

The Kamakura forest was not immediately forthcoming. Like true wonder, it took some moments for my senses to attune. Following a path by the bowed grasses, I rounded a bend. Stacked above to an air-gulping height was a chimney. Its red with little pink blossoms behind were gorgeously set into the green. I had come upon the art gallery Takaranoniwa. 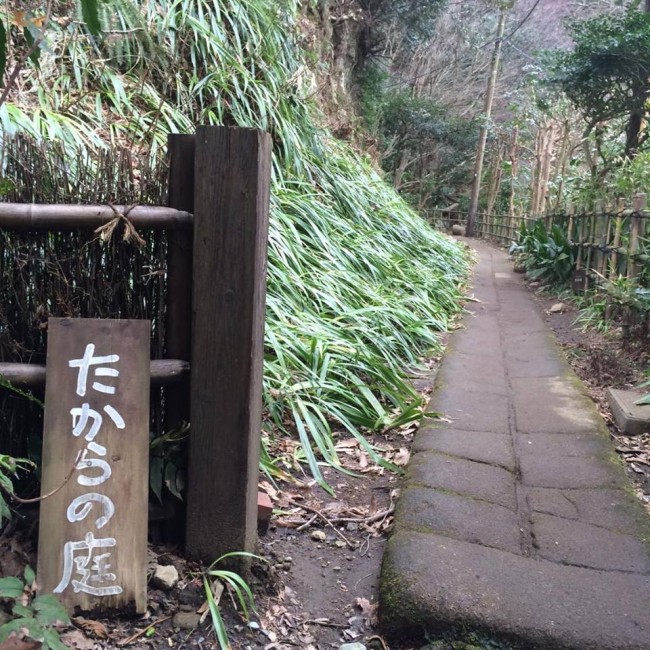 As nature indwells Takaranoniwa’s world, looking down I expected a forest spirit would face me. I found my footing on the stairway embedded into the hillside, washed and set by the years, and climbed.

By the art gallery at the top, I breathed in smoke and heavy moisture. Crackles came from a small stove where two woodsmen sat, fixated on fire and its warm communion with their hearts. They faced an overgrown space from where a cabin hunched into the fire. It served a shed for some unknown artisan craft, perhaps glassblowing.

From this space – a nature hearth containing the art complex – I simply swiveled on my heel to see Takaranoniwa gallery. 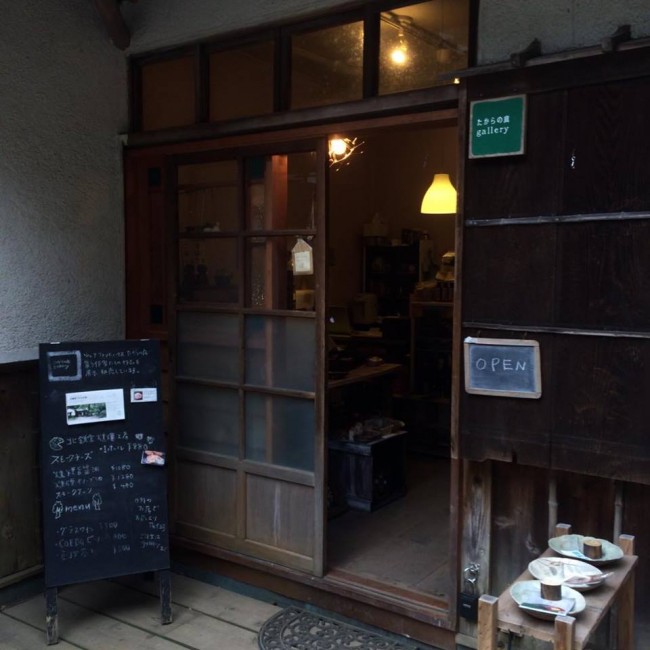 As I leaned into the sliding door, a jolly lodger boomed out a “welcome.” He headed from the interior, where trinkets of varying shapes resonated with his greeting. Every object was the grandfatherly gentleman’s sympathetic relative by handicraft.

Takaranoniwa had the stylings of Japan’s early 1900s joint-bend between East and West. The house, built around 1940, had a certain grace about it. I imagine a Japanese gentleman, dismayed by Imperial Japan’s depredations, collecting each frayed thought around a Shimenawa string of refined wabi sabi art. Takaranoniwa’s heritage must have been within this enigmatic person’s recovery.

Takaranoniwa’s art gallery huddled into a small foyer, made cozier by shelves snuggling the left, right and center. A humidifier lightly whisked steam wisps around the reception desk, where a composed lady quietly smiled.

I asked after the workshop. Takaranoniwa is not just a place offering art products of skilled individuals, and I imagined groups of women content at work inside the spacious rooms behind the gallery’s four walls.

The day of my visit, no workshops were under way. It may have been the Wednesday midday timing – few people walked Kamakura’s nature along Daibutsu hiking trail besides schoolchildren on field trips. However, welcomed in as I was from the foreboding clouds, I was treated to the unopened rooms. 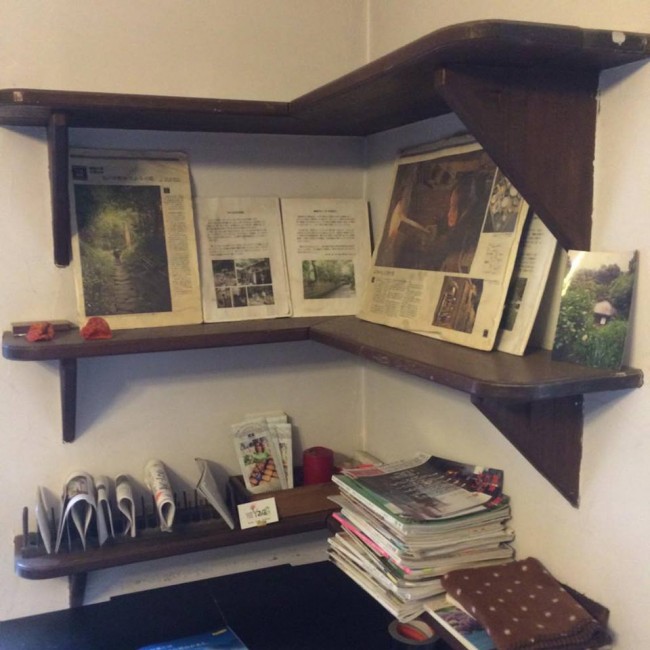 The workshop space was an assembly chamber. Clearly glazed windows seemed assembly-new, while the room was halved by a western floor and a raised tatami seating area. Its tatami area had a kitchen, which designated it the wagashi workshop (Japanese candy). Its other half had the faded touch of my fictional persona’s study. Tables lined with chairs seemed unmoved by any earlier bodies, feeling ghostly. On the corner shelf were newspapers featuring Takaranoniwa. Though the papers were grayed as the sky color, Takaranoniwa house’s green environs seemed ready to bud apart from the paper. 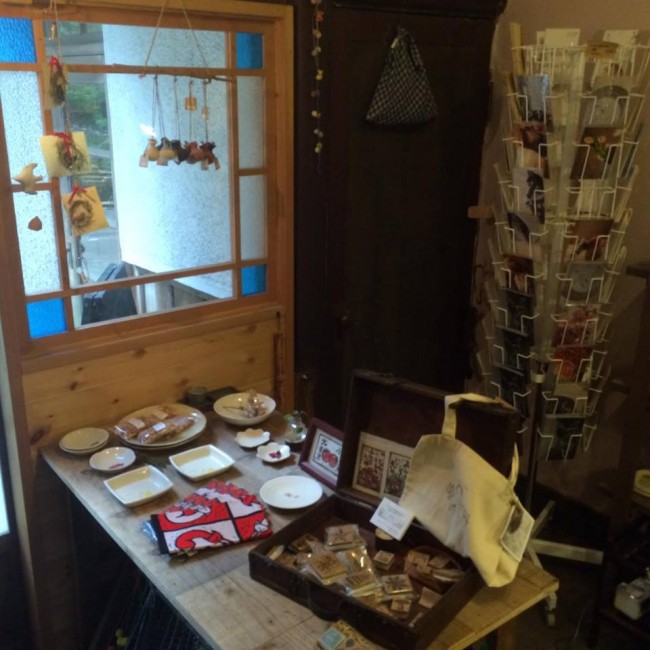 In the foyer, I eyed the variety of crafts. On a rotational display were postcards in plastic sleeves. Front and center was a table with little stamps. Flanking the room were shelves with ceramics. Every art piece was a fine quality, a nimble-fingered make. 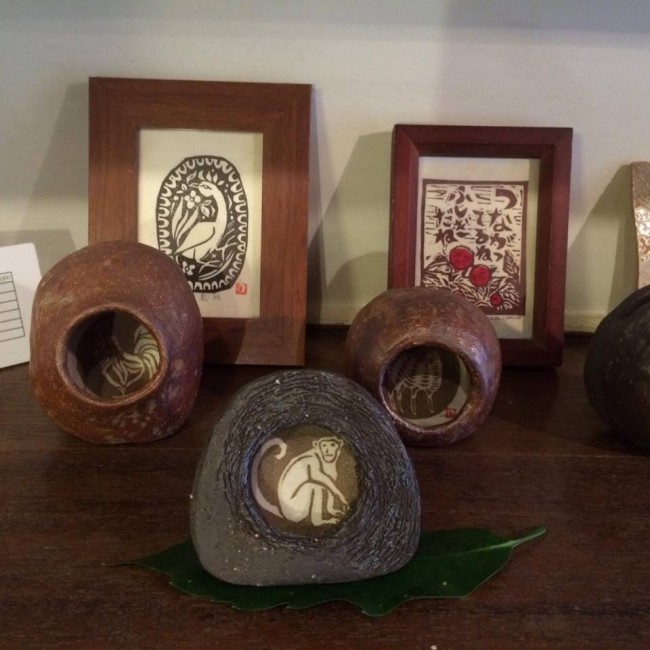 Of special note were little stones inlaid with animal designs. The shopkeeper was also a crafts-person; she mentioned having been involved with editing and made a move into the trades. One memorable stone of hers was a stencil-wolf silhouette. Like his neighbors, he was his own stone domain’s sole occupant. 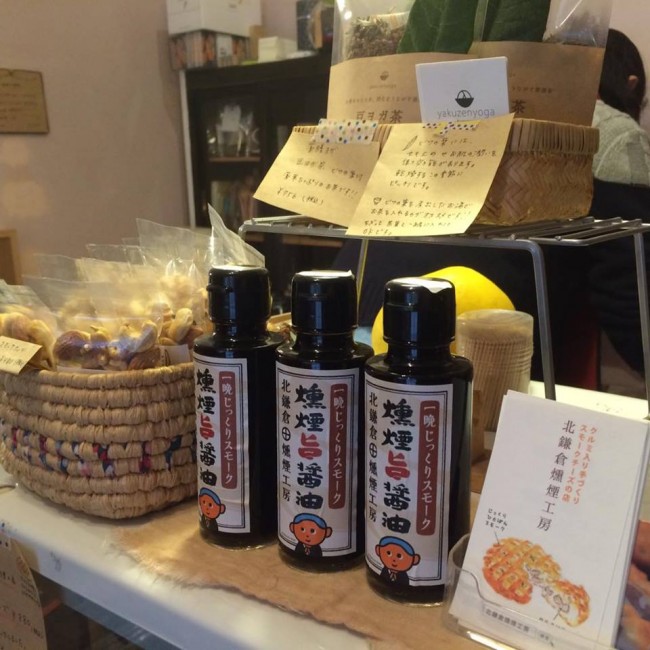 At the counter, more delectable samples of Kamakura craft held preserve. Bottled local-made shoyu (soy sauce) stood lined by a glass display. Stacked neatly inside were the savory shapes of griddle-pressed cakes. Asking after the creamy-toned morsels, I learned they were smoked walnut cheeses. I chose one as my souvenir after nibbling a small chunk. 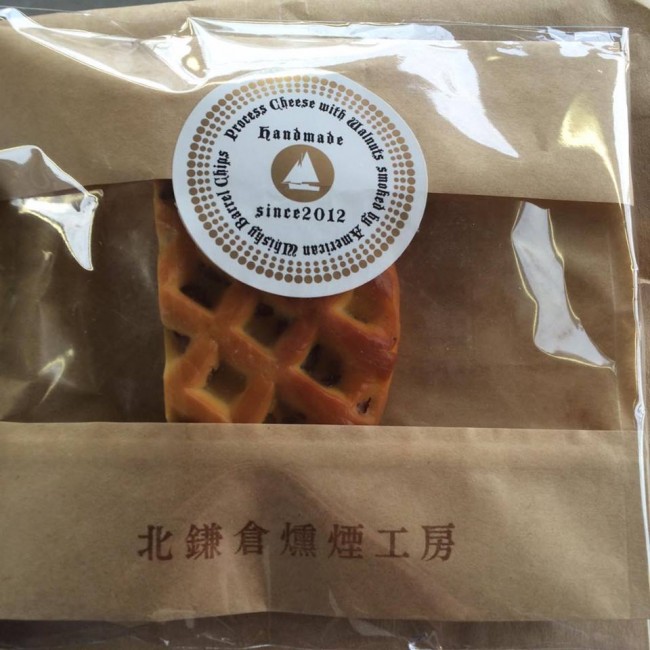 The shopkeeper explained Takaranoniwa in a quiet chat. A pamphlet showed nature walks along with Takaranoniwa’s variety of workshops – from astronomy to photography to wagashi, everything for the spirit and the body. Takaranoniwa’s collective were woodland wardens of wabi sabi (the Japanese artistic ideal of simplicity), while catching some overseas spice over the currents of the Pacific.

Handling my cheese like a portion of elven bread, I stepped out into nature fay air. Takaranoniwa’s art gallery glowed amber within the grey light. The woodsmen whiled away their wood-burning peering into the trees bounding the clearing. Turning once more towards the door, the shopkeeper had disappeared. This preserve among the Kamakura hills holds the truest enchantment from its crafters’ coven. Rejuvenated, I left the cottage for the Daibutsu hiking trail.