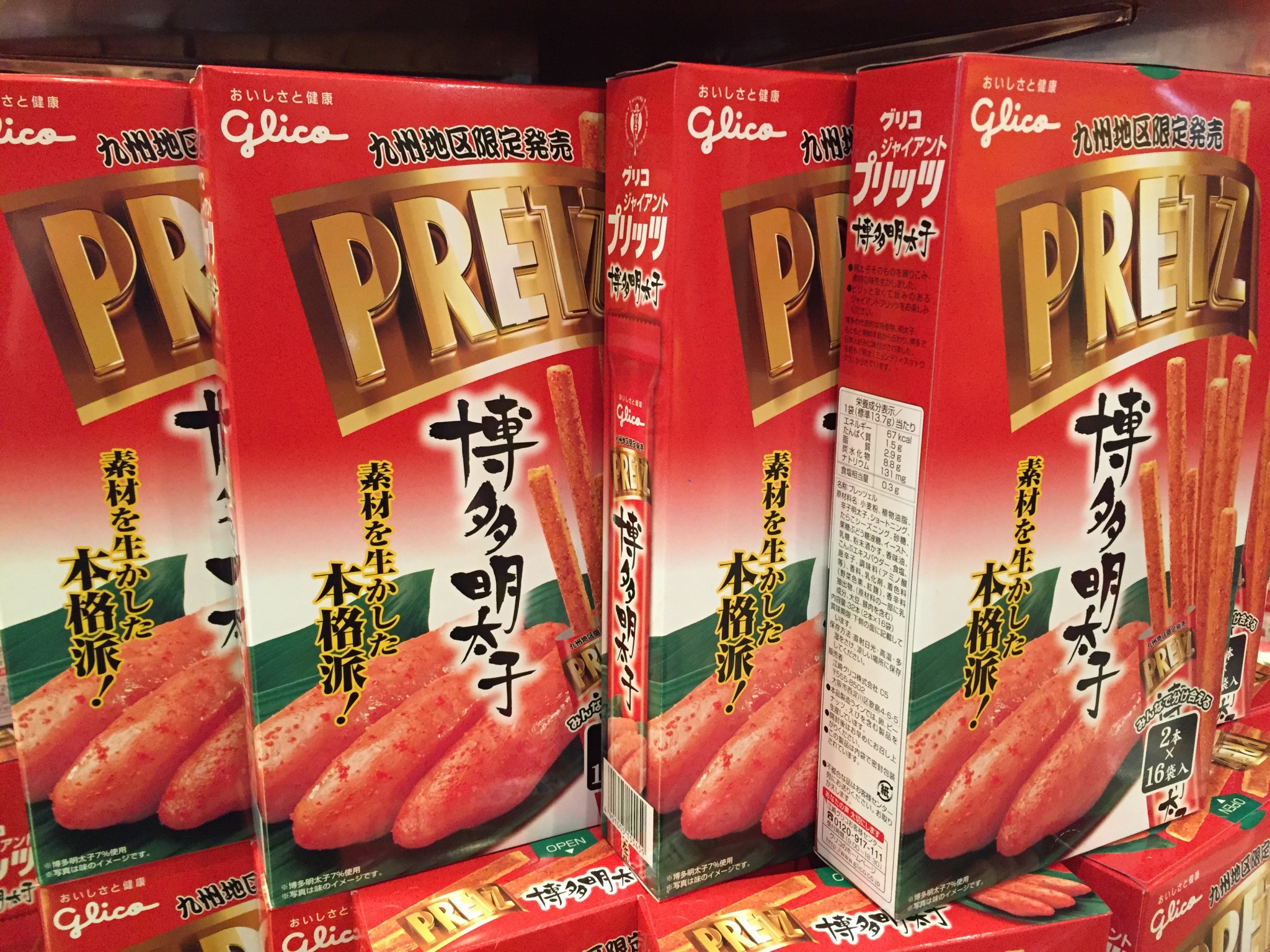 One of Fukuoka’s most famous foods, mentaiko is marinated cod roe. The variety is known as karashi mentaiko – or spicy mentaiko – is a specialty of Hakata.

Though the dish originally comes from Korea, a Japanese version was made in 1949 and has grown to become one of the most popular dishes in the country. Along with dishes like Hakata ramen, mentaiko is one of the most famous Fukuoka dishes.

How to Eat Mentaiko

Mentaiko is eaten in many ways, most commonly in rice balls, also known as onigiri. A more recent variety is mentaiko pasta, which is available in many restaurants and cafes. Usually the mentaiko is mixed with mayonnaise or cream and served with spaghetti, then topped with nori (seaweed). Mentaiko mayonnaise is also available in shops, along with mentaiko flavoured crisps and crackers. If you are not keen on eating it by itself, you might try these and still be able to enjoy the flavour. One of Japan’s most popular snacks, umaibo – a kind of savoury stick – has a mentaiko flavour.

Mentaiko Pretz, a savoury snack, only available in Kyushu

Sold in many different shops, prices can be relatively high if you buy it fresh. The best way to try it is in a restaurant or at an izakaya. A popular way to eat it is while drinking some Japanese sake. Usually, there is also a selection of dishes with mentaiko on the menu. A popular combination recently is mentaiko with cheese, a perfect match! Another variation is grilled egg with mentaiko in the centre. If you visit a restaurant, or even chain restaurants, there is usually something that is mentaiko flavoured on the menu. It can also be bought frozen and used in cooking.

Mentaiko mayonnaise, chazuke (a kind of broth for rice) and furikake  (a topping for rice)

Seen as something of a symbol of Hakata, there are many shops in stations and at Fukuoka Airport selling mentaiko gifts. You can find anything mentaiko flavoured! From crackers to mayonnaise, there are plenty of options to sample the unique flavour.  Easy to pack in your suitcase, you can also take a packet of crackers home as a unique gift. Some of these are also available in convenience stores. As well as various kinds of mentaiko flavoured snacks, you can even find mentaiko themed accessories like key rings and Hello Kitty toys.

Give Mentaiko a Try!

Mentaiko may seem like an unusual dish, and many visitors to Fukuoka from abroad may be put off trying it because of its texture filled with fish eggs. If eating it as it is does not appeal to you, then try mentaiko pasta or even some mentaiko crisps. It has a delicious, slightly spicy flavour so try it, and find out why it has become one of Fukuoka’s and Japan’s most popular flavours!