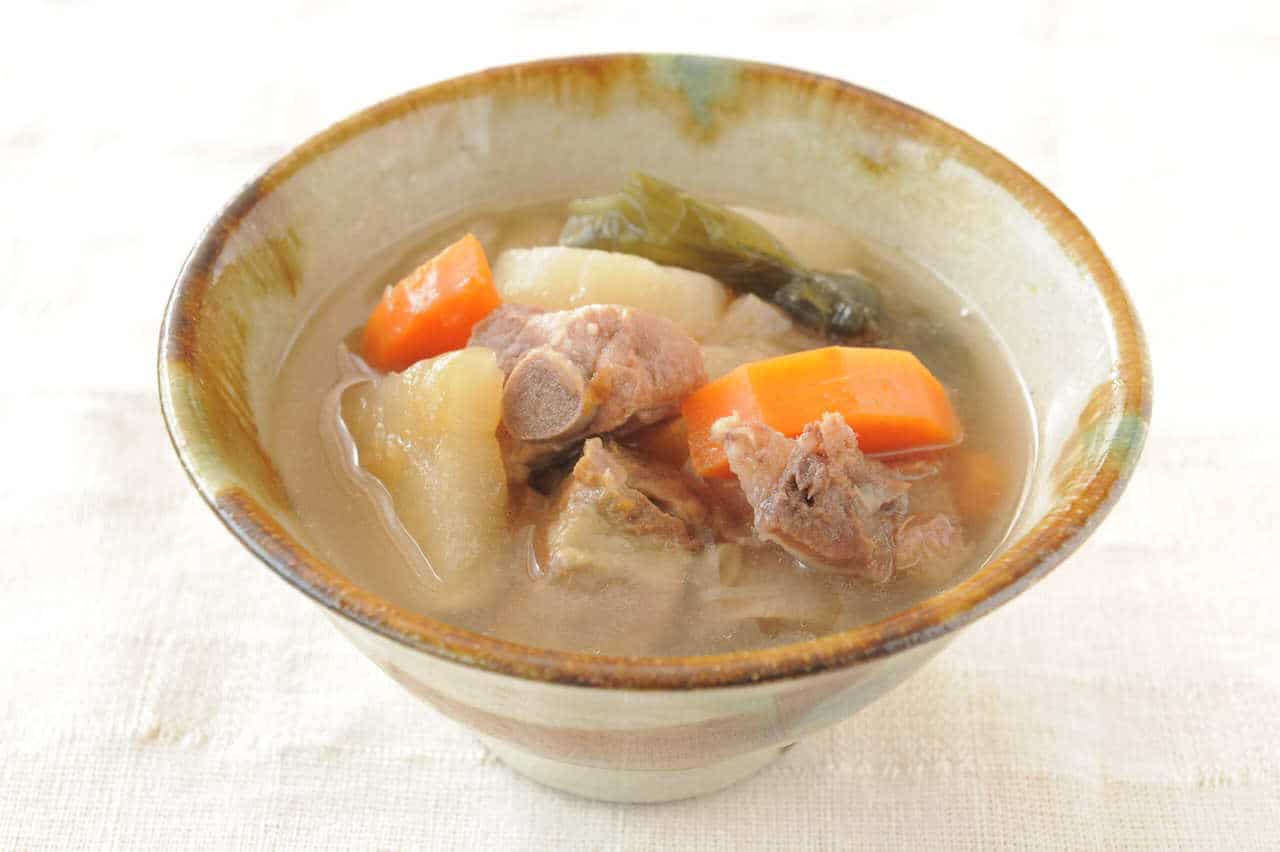 Japanese cuisine is world-famous, but there is much more food to try than sushi, ramen, or tempura. Japan’s varied landscape stretches from the tropical islands of Okinawa to the wintery highlands of Hokkaido. Thanks to this diversity, Japanese cuisine offers an unlimited number of gastronomic delights, where seasonal and locally sourced products are essential to the diet.

Although each region has its own unique and special dish, Okinawan food has a strong and independent identity due to its unique history, subtropical climate, and influence from other countries. Okinawans are famous for their longevity, and it’s believed that the secret to their health and long life is related to their diet. Okiham is a processed food company located in Yomitan village that wants to spread the history and benefits of Okinawan food, not only among the islanders and mainland Japan but also around the world. In the Voyapon Store, you can find some of their products and enjoy the authentic taste of Okinawa quickly and easily.

Okinawan Food: The Fountain of Youth

Okinawa Prefecture is known for the long life expectancy and exceptional health of its inhabitants. In fact, it is classified as a blue zone, a region in the world where people live much longer than average. As studies have been conducted to understand the reasons for this unusually long and healthy life, it has been concluded that Okinawan food is a key element.

The History of Ryukyu Okinawan Cuisine

Okinawan food, also known as Ryukyuan cuisine, has been nurtured through history and exchanges with other countries to become ingrained in the lives of Okinawans. This type of cuisine incorporates local ingredients, different cooking techniques, customs, and other aspects of Okinawa’s lifestyle, such as their respect for nature and their ties and bonds with family and community.

Okinawa’s relations with China and other countries throughout history have shaped this unique and traditional cuisine, which has been passed down from generation to generation and, at the same time, has evolved. During the Ryukyu Dynasty period, Okinawan cuisine was divided into two types: the court cuisine and the local food.

Okinawa prefecture was ruled by the Ryukyu Kingdom for about 450 years, starting in 1429. During this dynasty, kings held many events and ceremonies to entertain their guests.

Because of this, new dishes and cooking methods were incorporated while culinary techniques and customs were refined, giving rise to the court food. Later, this type of cuisine was introduced to the upper class and after the abolition of the Ryukyu Kingdom, it spread to commoners.

At the same time as the court and the nobles enjoyed their banquets, other type of cuisine was born in the homes of local people thanks to their wisdom. The people of Okinawa gathered the ingredients available in the sea and their fields and used them to make tasty and balanced dishes.

This type of cuisine is based on a philosophy called Ishoku Dogen, which says that a daily diet directly links to good health and well-being. For Okinawans, food is considered a kusuimun (medicine), and it is believed that a healthy and balanced diet has the same effects as traditional medicines.

Nowadays, Okinawan food is the result of the combination of these two traditional cuisines with the evolution and influences from other countries that have developed since then.

Okiham is a processed food company located in Yomitan, and there I have the pleasure of meeting Yoshiki Yamauchi, one of the company’s employees. Yamauchi-san is the one who is in charge of introducing me to Okinawan food and Okiham’s background. “In Okinawa, it is said that you can eat any part of the pig except its squeal. And indeed, it is impossible to talk about Okinawan food without mentioning pork, which is an essential ingredient for many of its traditional dishes. Okiham was established in 1975, and in its early days, the company was more focused on manufacturing pork products. But today, we have a wide range of products including instant food, dehydrated food, and health drinks that are based on local cuisine.“

Okiham was the first company to adapt traditional Ryukyu dishes to create instant food. “At Okiham, we want to make it easy for people to enjoy Okinawan food anytime and anywhere while making the most of the unique ingredients of these islands,” Yamauchi-san explains.

It is said that people living in Okinawa feel less stress than people living anywhere else in Japan, which is largely attributed to the “Okinawan mentality.” Some studies reflect that in addition to eating habits, stress levels also directly influence longevity.

But Yamauchi-san explains that society is changing. “Lifestyle has become more hectic, and people have less time to cook, so they often end up eating unhealthy fast food. With Okiham’s instant food, we want to offer a healthy and balanced diet, even to those who don’t have time or can’t cook. Our products can be consumed daily while maintaining the traditional taste of Okinawan food. In addition, they help to relieve stress as they are easy and quick dishes to cook.”

What are Okinawa’s Most Famous Foods?

Okinawan cuisine is very varied, but without a doubt, vegetables, seafood and pork play a leading role. Yamauchi-san introduces me to some of the most famous dishes and drinks, which can be enjoyed quickly and easily thanks to Okiham.

Reaffirming the Value of Traditional Okinawan Culture and Food

Okiham is actively collaborating on this project, and Yamauchi-san explains the reasons. “Over the past few years, the environment surrounding Ryukyuan cuisine has been disappearing. Eating habits are becoming more Westernized, lifestyles have diversified, and the population growing up following this traditional diet has aged. All these factors are causing the younger generations to move away from Ryukyuan cuisine. Okinawan food is in danger, and for this reason, Okiham wants to create an environment where Okinawan people and new generations can reaffirm the value of traditional cuisine and continue this unique and distinctive food culture.”

In recent years, Okinawan eating habits have gained popularity. Ryukyuan cuisine is related to the longevity of its inhabitants, and many researchers and other-wise curious individuals make pilgrimages to the island in the hope of discovering the secrets of the Okinawan food. In addition to its health properties, Okinawan food is also tasty and very different from Japanese cuisine. Okiham wants to spread the Ryukyuan food culture around the world. In the Voyapon Store, you can buy some of their products online and enjoy their delicious taste and health benefits.