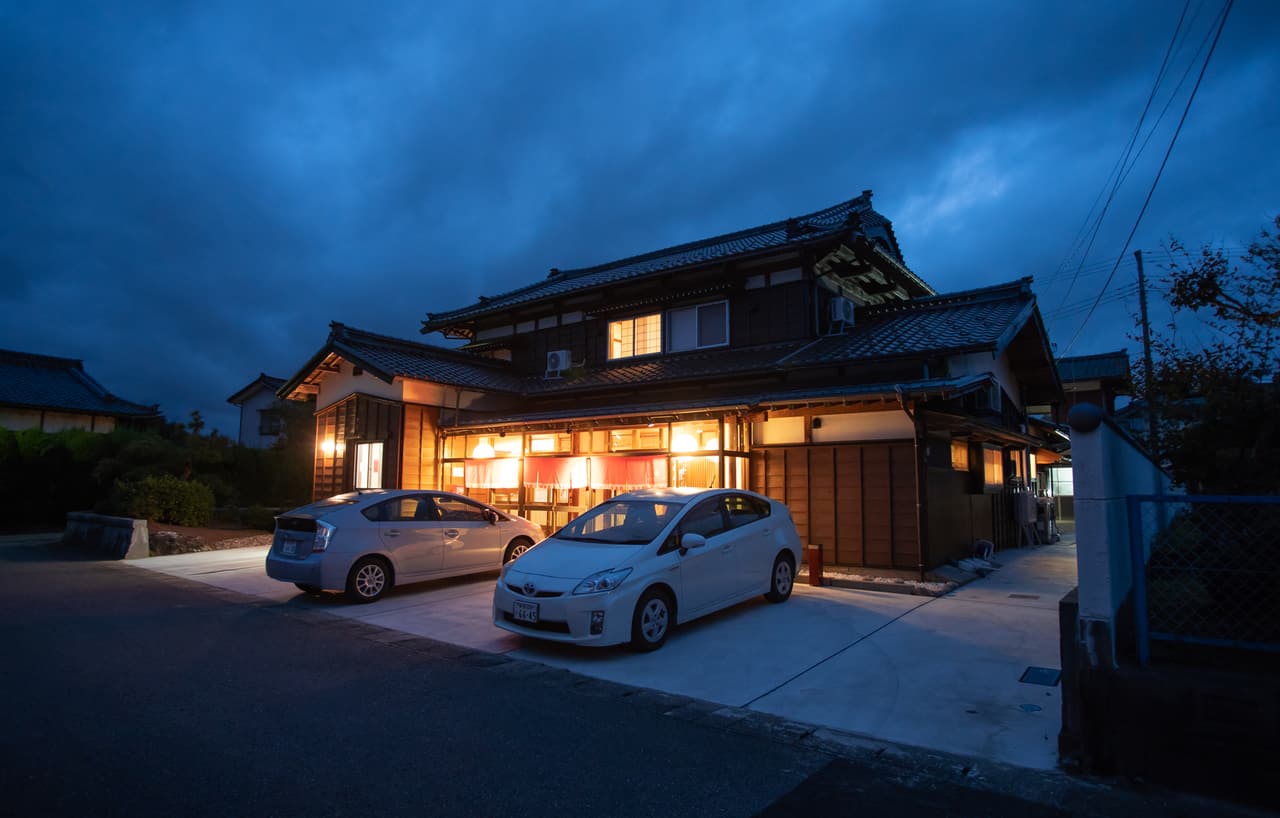 Finishing off a day of exploring Murakami City, I checked into a guesthouse nestled in a quiet neighborhood on the edge of the city. This guesthouse was called Iromusubi and was opened by a man named Furubayashi Takuya who recently moved to Murakami from Tokyo in 2018.

Entering through the sliding glass doors, I was immediately given a friendly greeting by Furubayashi and his family. I was quite surprised to also be greeted in fluent English, quite a rarity in this region of Japan. Sitting down with Furubayashi, I asked him why he decided to give up his managerial job in a major firm in Tokyo for life out here in the countryside. He explained that after welcoming in his second daughter into the world, he began to realize the difficulties of raising his growing family in the high pressure and overcrowded environment of the world’s largest metropolitan area.

His wife was originally from a city near Murakami and Furubayashi had a plan to not only set up a new life in the countryside but also to help revitalize it.

Furubayashi used his experience and knowledge from his MBA to put into motion an initiative to help Murakami utilize its tangible and intangible local assets to draw people from other parts of Japan and around the world to this region. This took form in his guesthouse which puts a focus on supporting the local community.

His direct staff are mostly local women in their 60’s and 70’s and he sources his guesthouse’s resources from local farmers to help provide new jobs to this region.

I noticed this effort during our dinner, which was composed entirely of local products including Samurai Rice, a brand of rice that is grown here in Murakami as well as a plethora of mountain vegetables and salmon dishes from Murakami. The dinner also featured some of the famous sake from Murakami.

Furubayashi explained both in Japanese and English about each dish that came out during dinner and I was amazed by how wide his supply network was in Murakami. My dinner that night was sourced from dozens of companies and individual farmers from the area and the quality and care that went into its preparation made for a fantastic meal. Not only was the dinner delicious, but it made me feel great to know that I was also helping to support the lovely rural region around me.

Midway through the meal we even got to BBQ some delicious shiobiki salmon that is a culinary symbol of Murakami. Following dinner, I also got to enjoy another specialty of Iromusubi, their herbal baths rich with the aroma of locally harvested lavender and yuzu lemons.

After my bath, I went straight to bed because the next part of my experience at this guesthouse was a 6:00 am excursion to harvest produce for my breakfast the next morning.

Departing from Iromusubi early in the morning with some of the other guests, we walked to a field about 10 minutes away with dozens of plots growing various vegetables and fruit.

Here we met with some of the local farmers who helped pick out the crops for our breakfast.

After spending about 30 minutes in the field, we hauled our harvest back to the guesthouse and helped prepare our meals with some of the local women who were working in the kitchen that morning.

I’m pretty sure I made their jobs that morning twice as difficult, but the staff of Iromusubi were kind enough to try to teach me as much as they could. After helping to prep some of the salad and vegetables I decided to step out and let them finish the breakfast in time for the other guests.

Here is the end result of our harvest that morning. Our vegetables were accompanied by other side dishes including some river fish and the oh-so-delicious samurai rice that I came to love the night before. I had never had such a direct farm-to-table experience like this before and being able to eat a meal that I just harvested really helped me to feel a connection to the ingredients that I have never felt before.

Furuyabashi runs an excellent guesthouse and his explanations and experiences that he organized for the other guests and I were simply fantastic. They gave me a hands-on experience with local residents of Murakami and helped me to see this rural community at a level of detail that would only be possible if I actually lived here.

Furuyabashi is helping to train and educate other residents here in Murakami on how to make the culture and charm of this region accessible to international travelers like myself, and I look forward to seeing what he will be able to accomplish in the coming years. You can make your booking on his website. You can also send him a message on his Facebook page in English if you have any questions.

You can also find information on the region on the Murakami City Tourism Association website.

If you want to know more about Murakami’s other accommodations, read these articles from our website.
Green Tourism, Rice Harvesting in Murakami
Senami Onsen: Hot Springs and Beautiful Sunsets in Murakami
Spending the Night in the Mountains of Niigata at Goushikan Inn