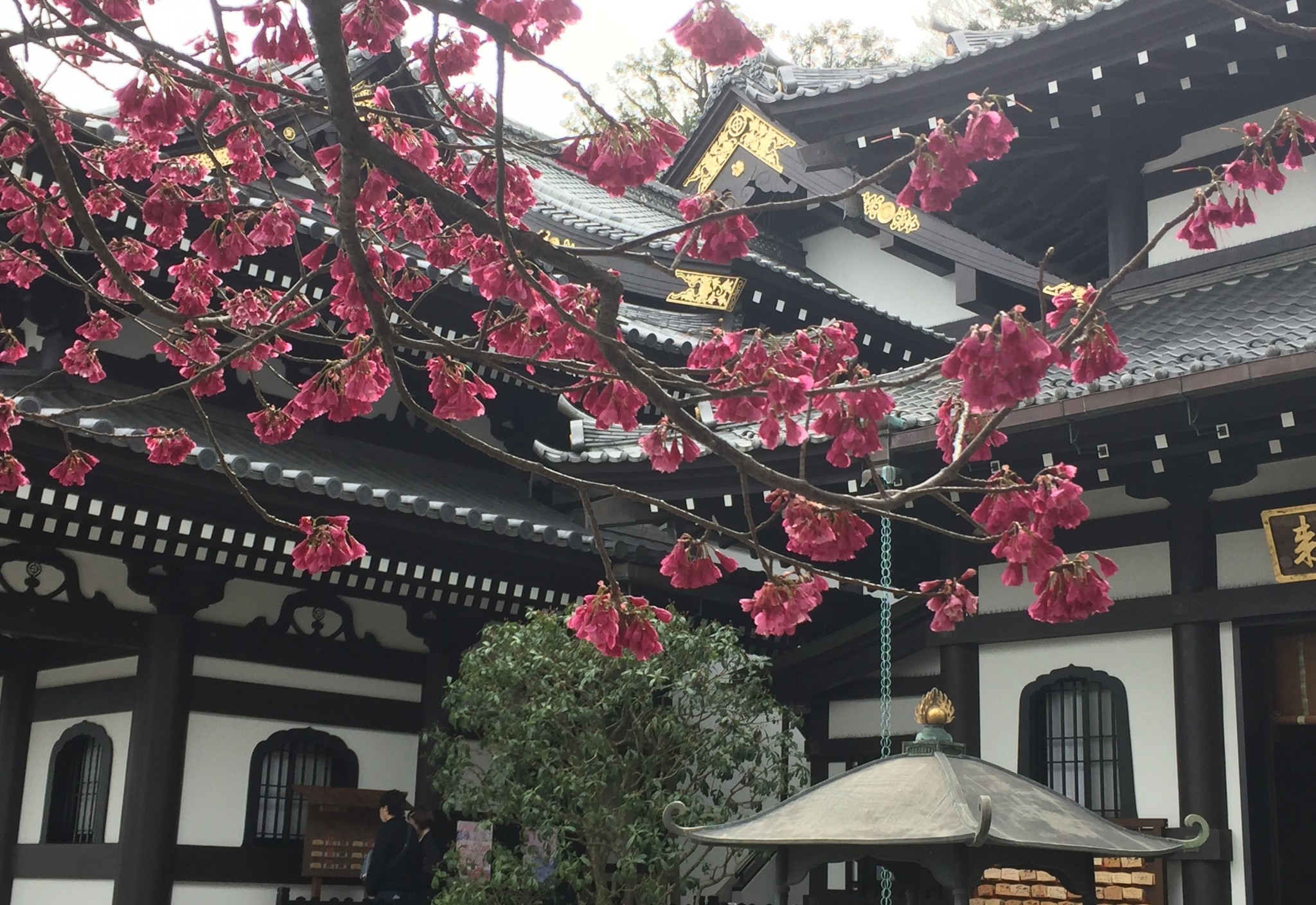 Why is Hasedera Temple a Kamakura cultural delight?

Hasedera Temple in Kamakura has something for everyone looking to indulge in a little Japanese culture. This temple boasts stunning sakura trees,  shimmering koi fishponds, tiny waterfalls and ominous underground caves.With an entrance fee of only ¥300 for adults and ¥100 for children, Hasedera Temple is an enriching experience that comes at a reasonable price. 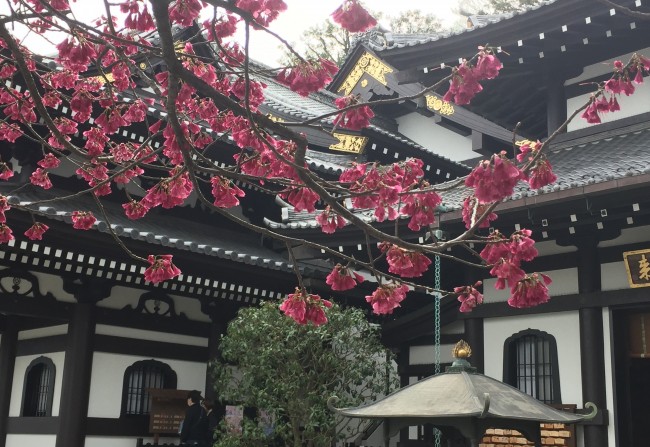 When approaching Hasedera, you really get a sense of what it has to offer. The trees explode in layers of distant greens, yellows, reds, and purples. Then, of course, there are the beautiful pinks of the sakura trees in spring, which provide shade to the magnificent shimmering golds and bronzes of the temples behind. 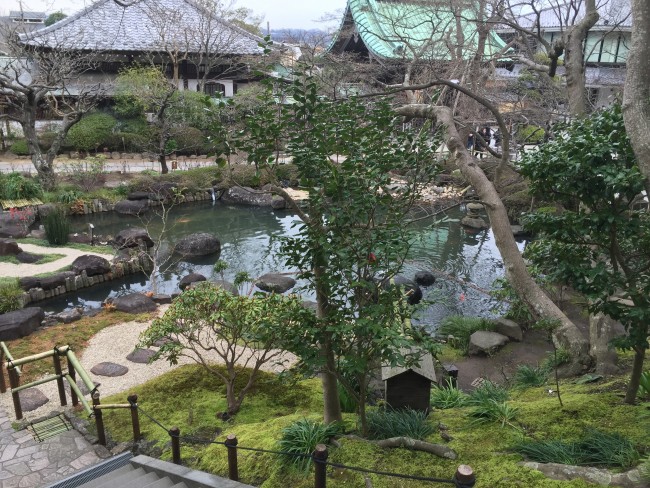 From beyond that lonesome temple gate entrance, you can hear the distant trickling of water, while the impressively old sakura tree at the front of Hasedera gives you the perfect sense of the nature you are about to enjoy. What you see from the Hasedera Temple entrance is only a fraction of the puzzle. 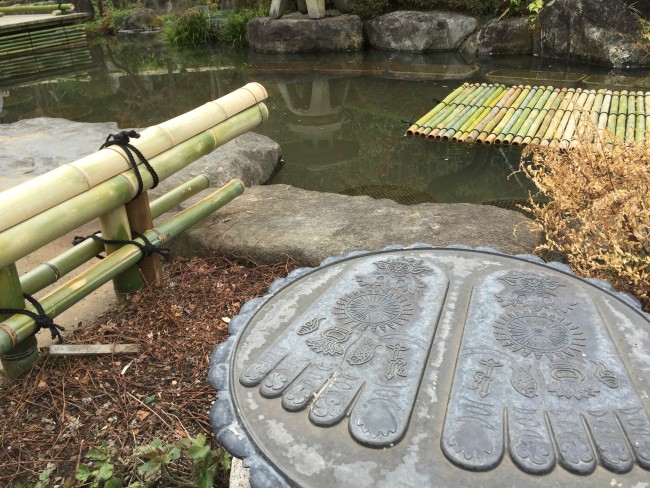 Buying a ticket for Hasedera Temple is simple. If you would prefer to avoid a conversation with the person at the counter, you can use the ticket machines which offer both Japanese and English menus. The ticket features a single color artistic sketch of the temple and is a nice keepsake in itself. If you aren’t satisfied with this simple momento for your sakura scrapbook, you can purchase something from the many souvenir shops both inside and outside the temple area. You could pull an Omikuji (Japanese fortune card), light a candle in the temple for good luck, or buy a good luck charm for about ¥100 each – all presented with their English translations. 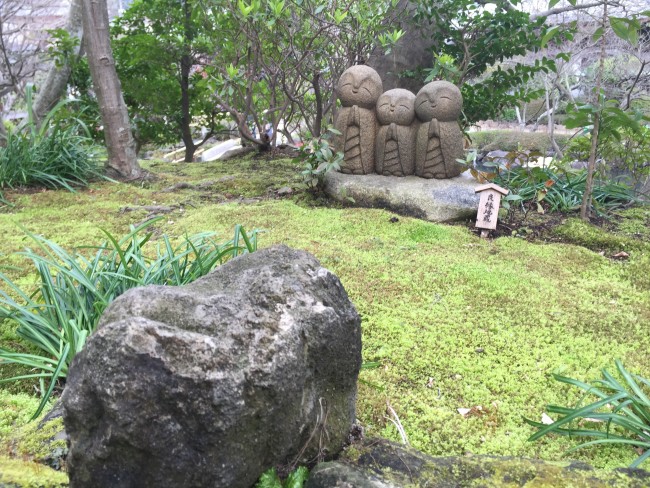 The Hasedera Temple area has several floors you can explore, with the largest and most impressive being the main temple sitting proudly in the center of the second floor. This temple is home to the largest wooden statue in Japan, featuring Kannon, the Goddess of mercy. However, considering the grandness of its gilded, shimmering, golden surface, it is hard to believe this statue was carved from a large tree that, legend has it, was once growing in Nara around 721 CE. The sheer height and presence of the statue is mesmerizing; it can capture your stare and widen your mouth until you can find the strength to look away. 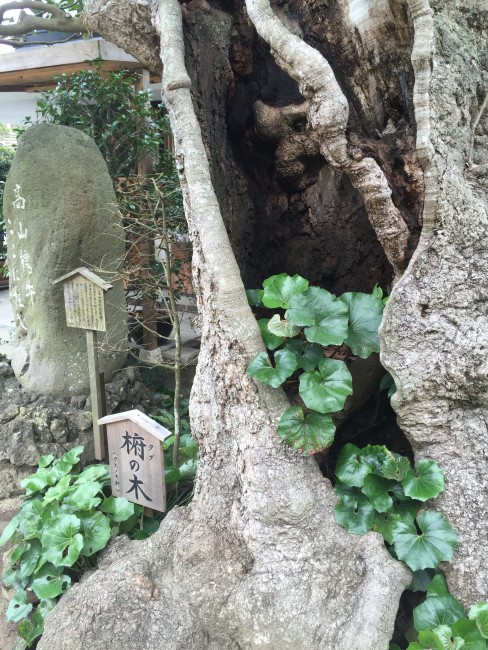 Before setting your eyes on Kannon, you may see a similarly impressive but smaller three-meter, golden statue of Amida Buddha in Amida-do Hall, just to the right of Kannon-do Hall. Photographs are strictly prohibited in this section of the temple, but postcards, key chains and a variety of other souvenirs are available in various locations around the Hasedera grounds. 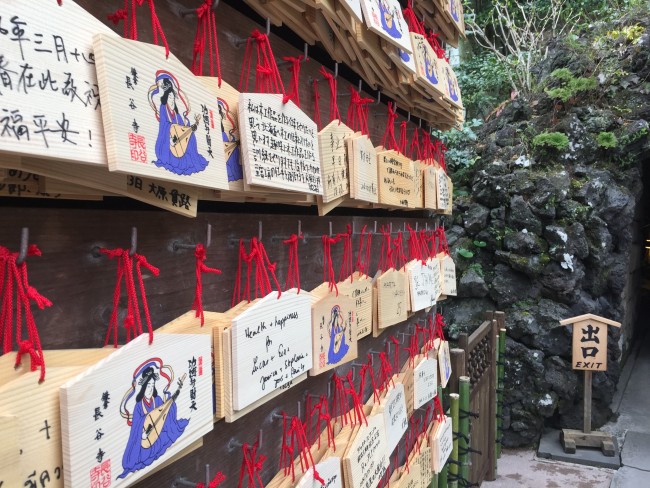 These are not the only statues you can enjoy. There are statues of various sizes, with gods and goddesses hidden in every crevice of the temple garden. From the numerous tiny statues along the inside of the cave, to the rows of Buddhas lining the walls of the garden, you are likely to see a plethora of spiritual beings. You can even take a small version of your favorite Buddha home or set their picture as your new phone screensaver, as I have done with my favorite, Jizo. 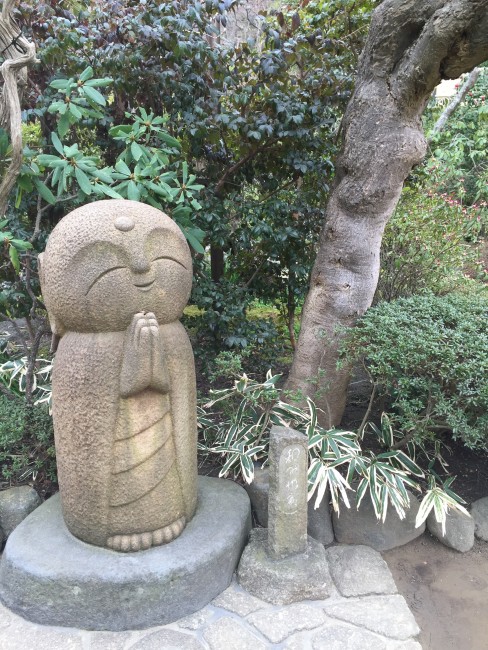 To the left of Hasedera’s main temple is an observation deck, from which you can see a stunning view of the coastal city of Kamakura. Use the nearby map to guide your view while snacking on traditional Japanese sweets such as mitarashi dango (small rice dumplings covered with a sticky sauce made from sugar and soy sauce) from the nearby food stand. 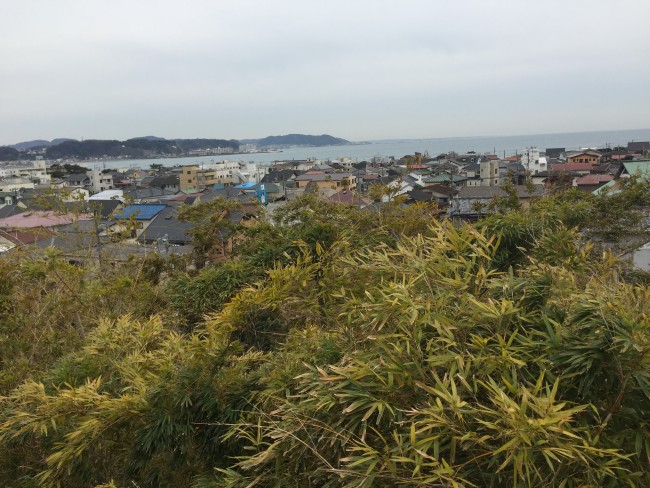 As a tourist, is it easy to be overly cautious when visiting temples or other sacred places. However, since almost all the signs at Hasedera Temple are translated into English and most people are openly taking photographs or looking at sakura trees, this temple site does make you feel more comfortable than some of the more remote temples and shrines I have visited. 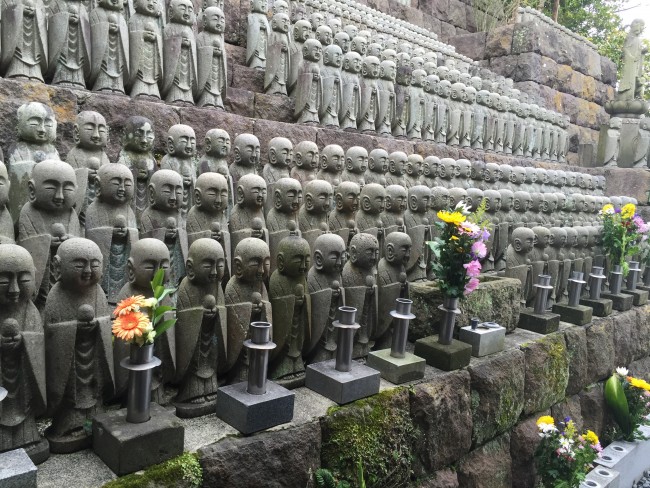 Hasedera Temple can be enjoyed all year round. However, given the well-known beauty of the sakura trees, it is probably the most beautiful (and crowded) at the beginning of April. While it is one of the more commercial and touristy temples, I would recommend it simply due to the amount of variety it has to offer-  from koi fish, to a Japanese garden, to sakura trees, to temples, to statues and even the small museum they have on site. Hasedera Temple is worth your time and money, particularly if you are not staying in Japan long. 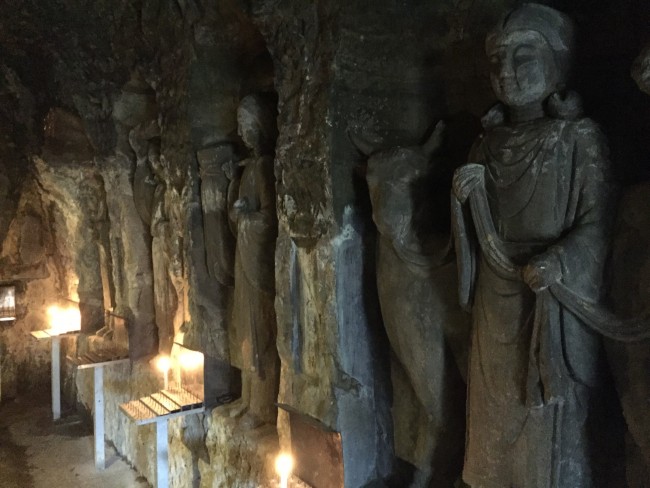