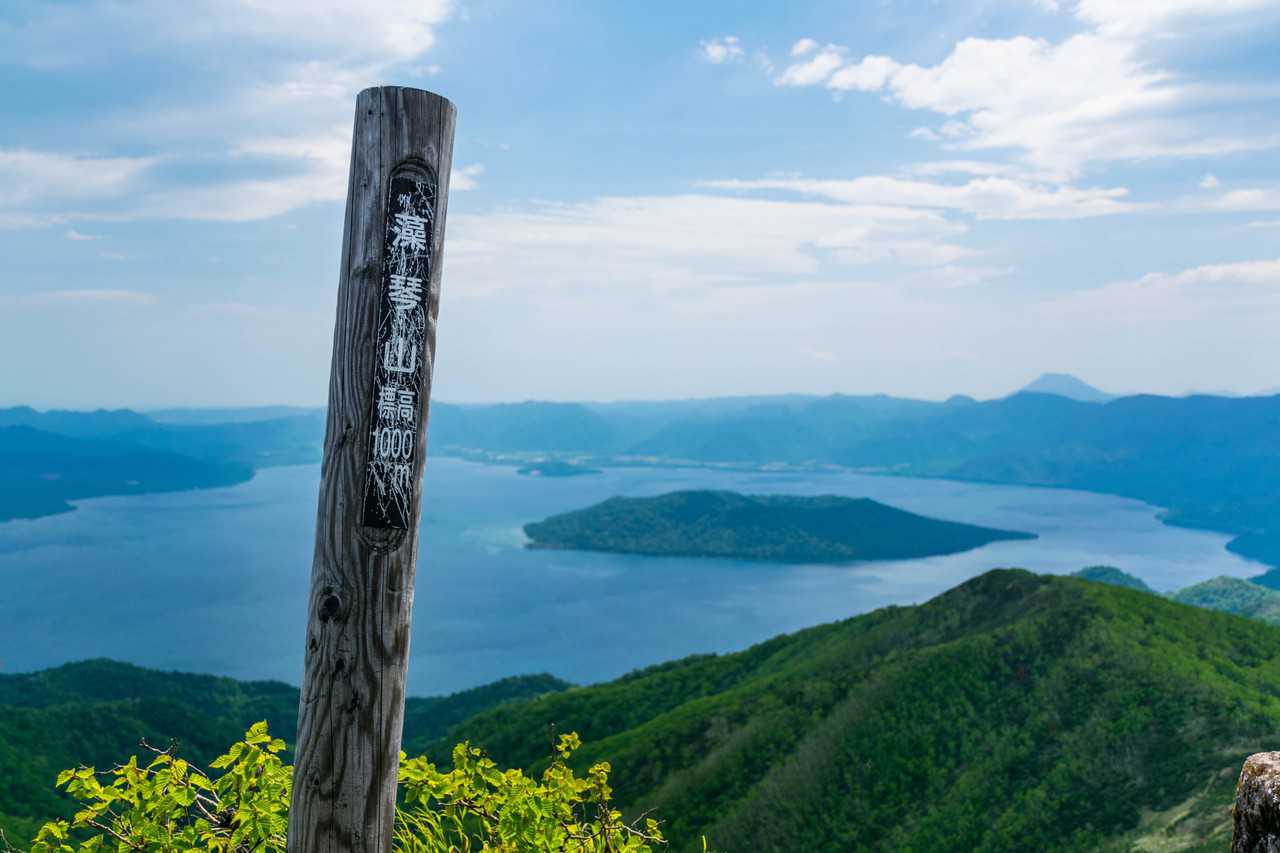 Trekking Mt. Mokoto, a Gentle Climb with a Wonderful View

Mt. Mokoto is a mountain in Koshimizu-cho, Hokkaido, accessible by a 40-minute car ride from the Memanbetsu Airport and open all year round. From the colorful rest house, Highland Koshimizu 725, it takes about two hours to hike to the summit, which sits at 1000m above sea level. Be sure to grab a drink here before heading setting out. 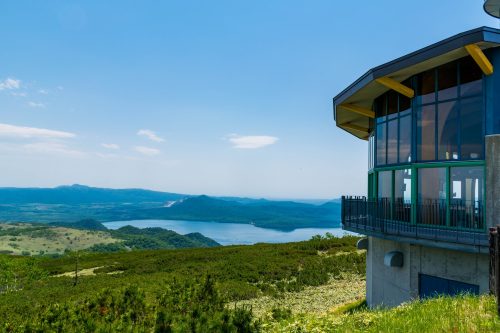 It is a fairly gradual climb that yields beautiful views of a couple of lakes and the surrounding mountains. There’s Mt. Unabetsu (1,419 m) and Mt. Shari (1,547 m) in the east, and Lake Kussharo to the south. Mt. Shari is part of the 100 Famous Mountains of Japan, so it attracts climbers from all over Japan and the world. It is a little more difficult of a climb than Mt. Mokoto. Mt. Mokoto is great for hikers of all levels and ages. 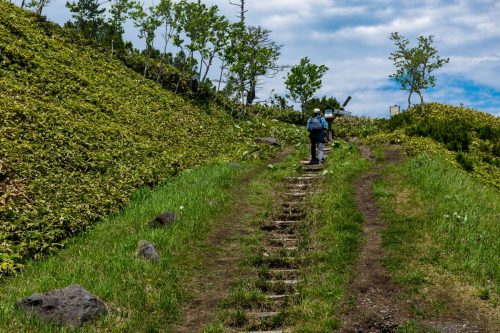 At the mouth of the trail is a staircase and at the top is a small box. In it is a ledger, like a guestbook, that all climbers are encouraged to sign on their way up and again on their way down. My tour guide from the Koshimizu-cho Tourism Office wrote our names and start time before we took our first steps into the wooded trail. 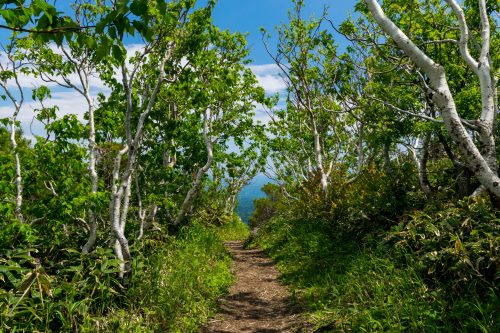 Lining the sides of the trail are green grasses, big mountain leaf vegetables called fuki-no-ha (often pickled as zansai in local cuisine), and white birch trees called dakekanba. My guide explains that the white birch is very hearty and good for wood burning to keep warm in the very cold winters in Hokkaido. Up here the white bark stands out amongst the vibrant greens.

Along the path, my guide stops to point out flowers that are in bloom. Perhaps one might miss them, but sometimes it is good stop to catch your breath and look down as the trail starts to incline. There are small white flowers called gozen-tachibana and purplish-blue sumire. 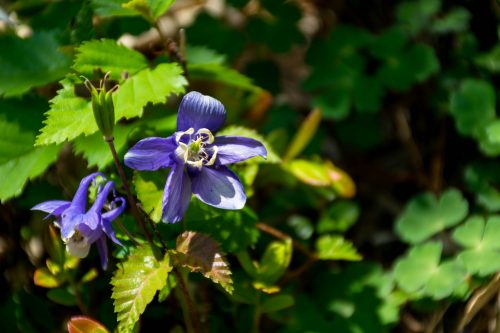 I could tell the guide was very knowledgeable about the mountain’s plentiful plant life and how it changes with the seasons. He pointed out trees that are a mountain-sakura variety that blooms in the spring and a tree that turns a deep red in the fall.

About 500m into the trail is a small opening with a rocky clearing where we took a break. It’s a nice little spot to take a drink of water and sit for a few minutes. Overlooking the area is a small Buddha guardian statue with offerings left by fellow hikers in front of it. I love the subtle reminders of traditional Japan. 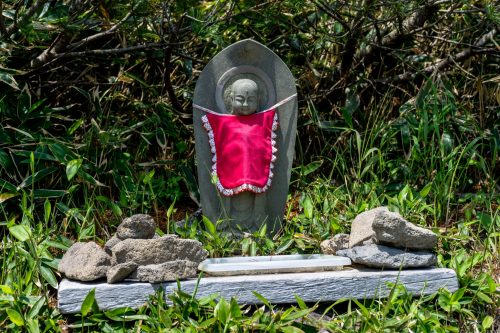 We continued on and saw more of Lake Kussharo coming into view as we climbed higher. In the center of the lake is Nakajima, literally “center island.” Beyond this lake in the southeast is the smaller, but much deeper, Lake Mashu, which was hard to see in the early summer haze the day we were hiking. Poking up as a silhouette behind Lake Kussharo is a mountain shaped like Mt. Fuji, called Mt. Meakan. 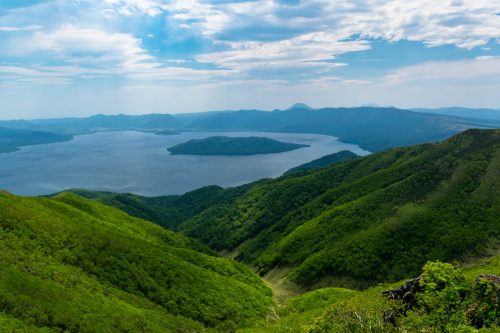 A little further down, the path to the summit came into view. 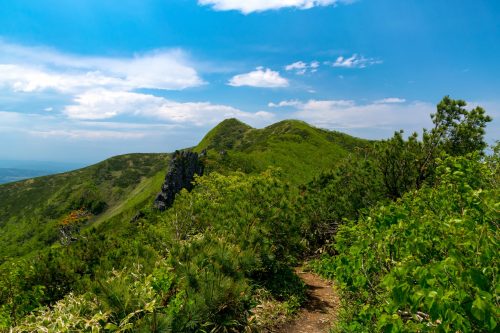 View from the Top

There were a few more ascents and descents until we reached the clearing just before the summit. Families were sitting around enjoying the view and having lunch. From here it is only one more final push and we were at the top. The summit has a beautiful 360-degree view of the distant mountains, the lake to the south and Okhotsk Sea to the north. After taking a couple of pictures to prove our success we turned around and started our descent. 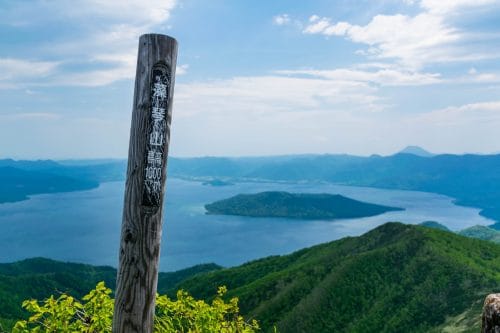 He pointed out a few swallows, called amatsubame, which were a sign that rain was coming. Among the trees, uguisu birds sang. Their calls are easily recognizable, often used as recordings at train stations or crosswalks in the city, but here it was the real thing. A couple of Common Buzzard, a kind of hawks, flew over the green valley as we made our way back down.

Almost back at the starting point, in the middle of the path, was a small mountain mouse or ezo-yachinezumi. Unafraid of our presence it posed for a few pictures before scurrying back into the woods. 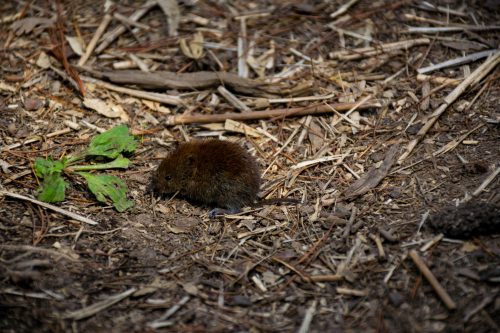 After an hour and a half climb to the summit, it took a mere 30 minutes to make our way back down. We stopped and documented our time in the climber ledger before taking a break at Highland Koshimizu 725. At this rest stop, we had a celebratory ice cream and enjoyed the view while sitting on rustic furniture made from logs.

Leaving Mt. Mokoto, before getting back in the car, I breathed in deeply and took in the fresh air and the view. 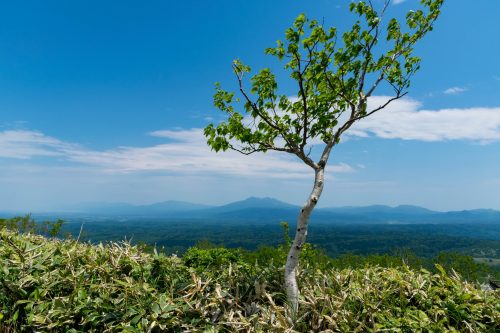 From the US, I first came to Japan on a study abroad program and didn’t want to leave. I came back as soon as I could to live, first to the quiet mountains of Nagano and then to the busy and exciting Tokyo. My goal is to travel to all of the 47 prefectures and share each of the local specialties and treasures through my photography. I hope to inspire people to want to see and experience the sights, culture and food for themselves.