“Hell” conjures all manner of unpleasant images in the mind, but on this plane of existence, it can also be a pleasant sight. The Jigoku region of Kannawa and Kamegawa in Beppu is the site of striking natural scenery — fuming gas expulsions, steaming hot water, and bubbling mud — that led people in ancient times to assume the land was cursed. Jigoku in Japanese literally translates to “hell”, but don’t be scared by the name. The Jigoku region offers eight kinds of “hell” that are a must-see for visitors at Beppu. 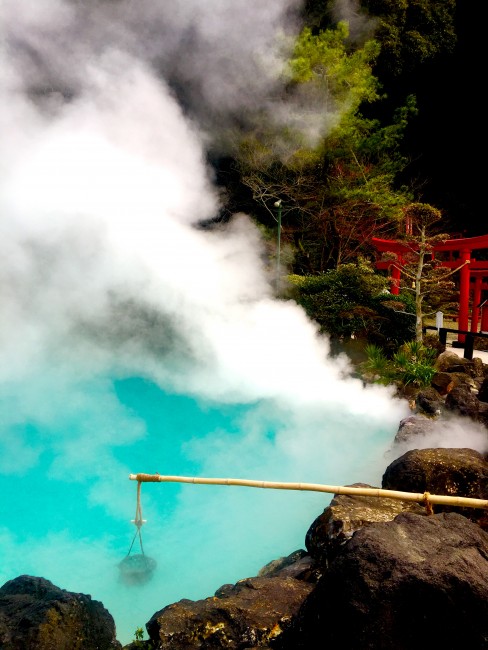 The first “hell”, Umi Jigoku, has a mystic blue-cobalt like a crystal-clear sea. Its temperatures hover around 98 degrees Celsius, and visitors will often find a bunch of eggs cooking in a bowl above the ponds. It is believed that if people eat the eggs, they will be young ever after. 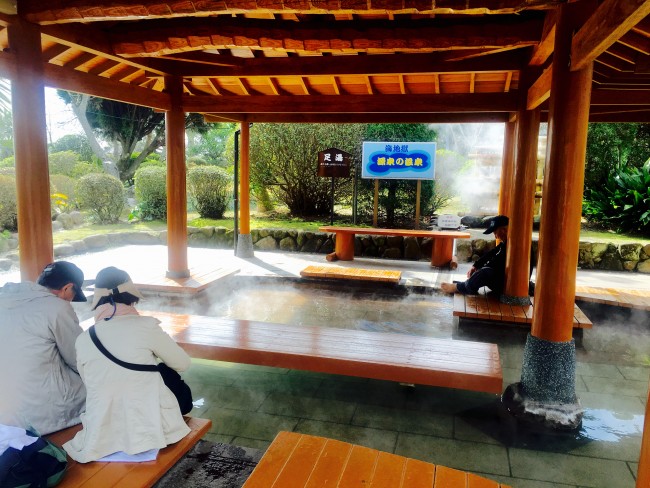 Oniishibozu-Jigoku in Japanese, or “shaven head hell”, is a pond filled with bubbles of hot, gray mud that resembles the shaven heads of monks.

The Third hell is Kamado Jigoku, named for the custom using the fumes of this spring to cook rice that is offered to the god in Kamado Hachimangu Shrine. The high temperature of water and blisteringly hot gas attracts visitors with the iconic symbol of the red figure of a demon in the area. 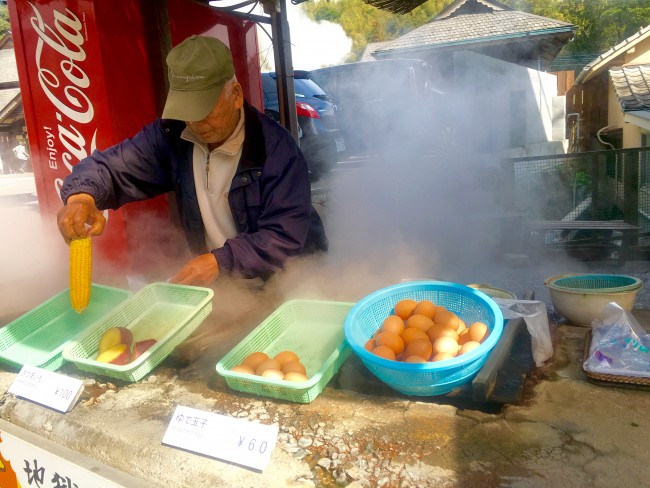 Oniyama Jigoku, named for Oniyama District, is also known as Wani-Jigoku, or crocodile hell. It is so called because crocodiles were first bred there in 1923 using the warmth of the hot springs, at 98 degrees Celsius. Shiraike-Jigoku, the fifth hell, is a national site of scenic beauty. The white pond’s colorless water spout turns into a bluish white due its high temperature of around 95 degrees Celsius. 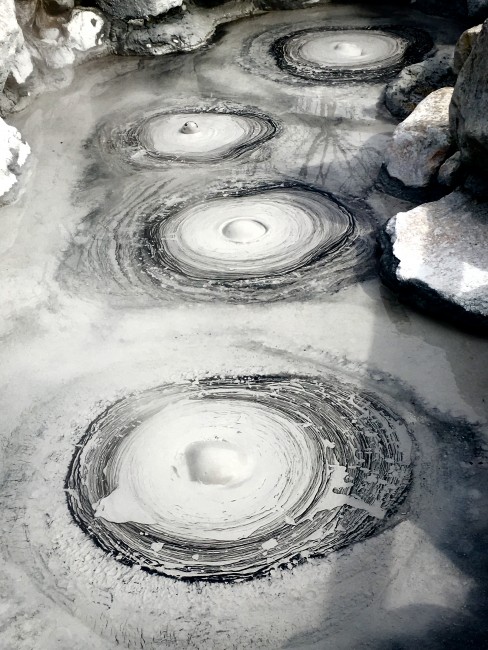 The sixth hell, Chinoike Jigoku, or blood hell, is colored red and is famous for red clay that reportedly cures skin disease. Lastly, Tatsumaki Jigoku, designated as a natural monument of Beppu City, has short-interval geysers with hot boiling water spouts like a short waterfall. 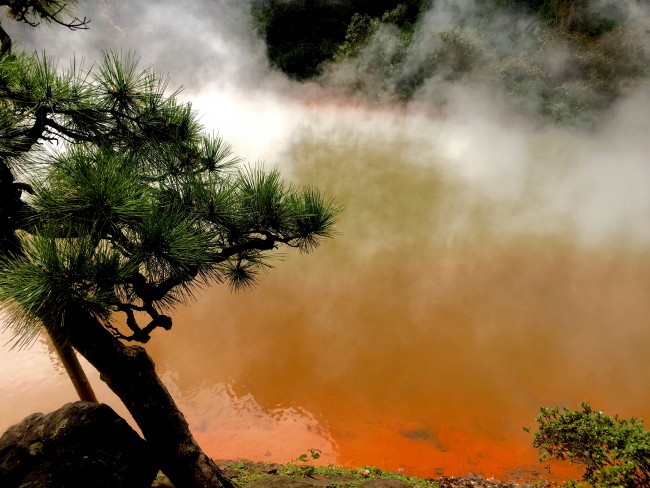 A full tour, or Jigoku Meguri, takes about three hours. Six of the hell onsen are located in one area, with the other one about 10 kilometers away by bus. A pass to see all eight hells costs 2,000 yen.

To get there, take bus No. 2, 5 or 24 from Beppu station and get off at Kannawa or Umi-Jigoku-mae. The trip takes about 40 minutes and costs 460 yen one way. Opening hours are from 8:00 to 17:00. Each site offers a specialty of hot spring soft-boiled eggs and Jigoku steam-baked pudding, as well as gift shops. So go to hell in Beppo, and bring back souvenirs!

01julalldayRokugatsudo Festival in Kagoshima(This event will be held on a much smaller scale in 2020.)