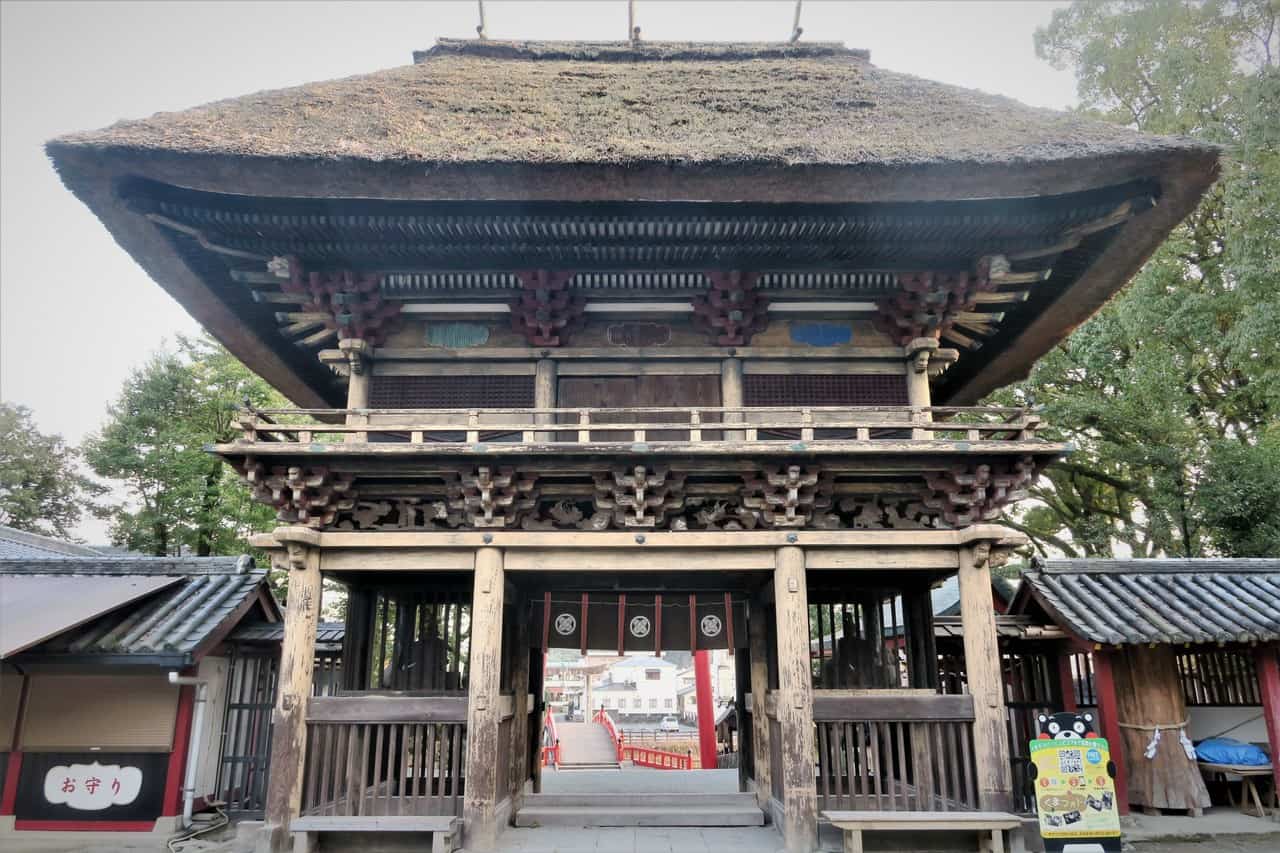 Castle Ruins, Cultural Heritage and Shochu in the Heart of Historical Hitoyoshi, Kumamoto

Hitoyoshi, located in the southern region of Kumamoto, is home to age old traditions, well-preserved National treasures and amazing viewpoints that, piece by piece, come together to tell the story of this beautiful and historical area. 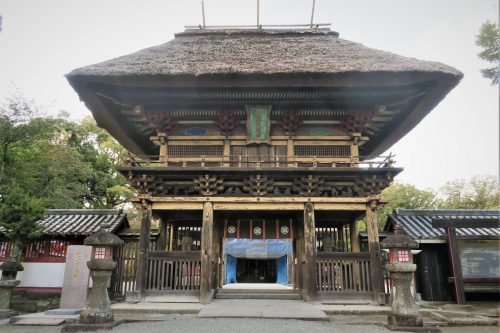 Aoi Aso Shrine is perhaps the most prominent sight-seeing spot in the area, given its well-earned status as a National Treasure of Japan in 2008. And this particular shrine comes packed with history, pavilions and 3 different Gods. 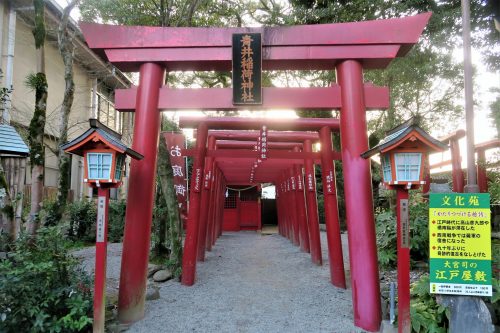 Aoi Aso Shrine is said to have been established in 806, with the present additional shrine pavilions being constructed between 1610 and 1613 in the Edo period under the orders of the region lord, Nagatsune Sagara. During this time, the shrine was regarded as the guardian God of the Sagara clan, who ruled Hitoyoshi Castle and were the Feudal lords of that period. In fact, there are 12 different Gods featured at Aso Shrine, with 3 of them are enshrined here. With its black exterior, steep thatched roof, rich colours, detailed engravings and intricate patterns, the main shrine was considered unique at the time and in a style later termed the Momoyama style. Today, the shrine enshrining Mount Aso is still regarded as a protector of the land by the people of the Kumamoto Prefecture and is regularly visited by tourists and locals alike. 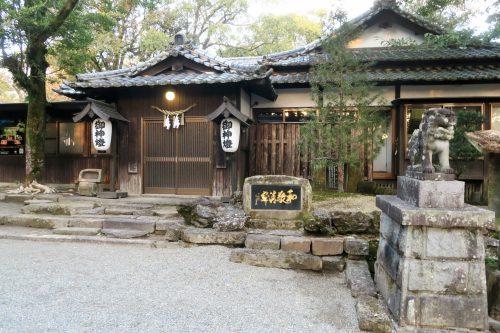 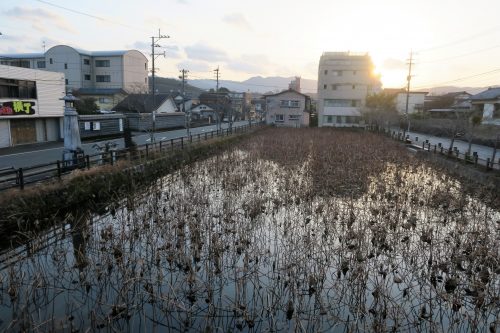 Having first entered the shrine ‘the wrong way’, through a small path carved by beautiful red torii gates, I was unsure of what I would find here. But, as I walked past the archaic structures, moss covered torii gates and smaller shrines, the area began to open up to reveal an incredible shrouded atmosphere, bordered with secretive trees and surrounded in a surprising hushed silence, given the rather busy road I had just came from. 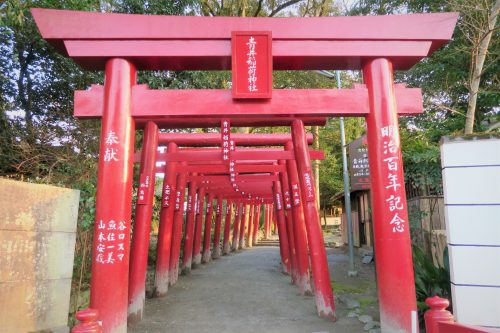 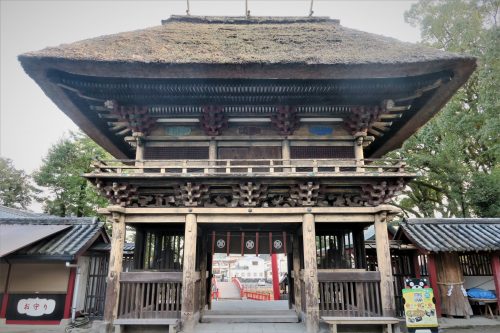 Further exploration led to the discovery of the large and impressive torii gate, located just off a wide, yet calm, modern road. Peering off into the distance, I noticed an incredible traditional Japanese bridge over a calm river, gently reflecting the setting sun. 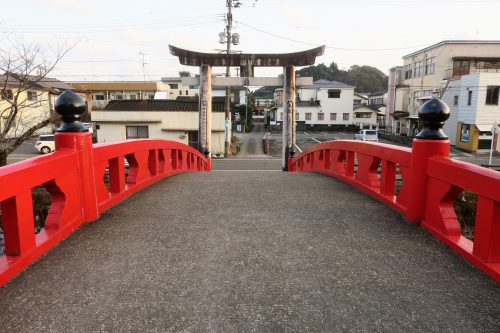 As you can imagine, a shrine of this importance and vastness has a number of entrances, with the main one being nearer the river. This is where you will find ample free parking. The shrine is open from 8:30am – 5:00pm. 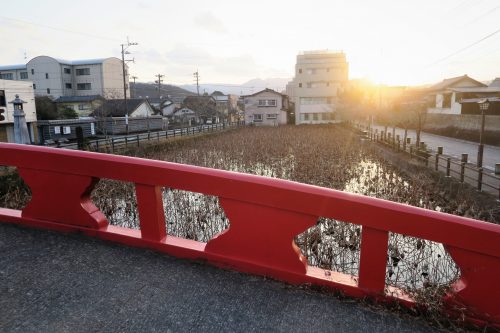 Sengetsu Shuzo has a history of over 110 years and deals in a type of distilled Japanese alcohol known as Shochu which can be made with a variety of ingredients. This distillery, as well as another 28 distilleries in the area, primarily use the rice and water from in and around the Kuma river nearby. It is the use of this subsoil water that makes ‘Kuma Shochu’ particularly distinctive from the Shochu in other areas of Japan. 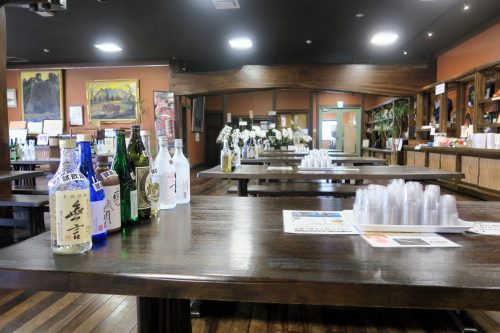 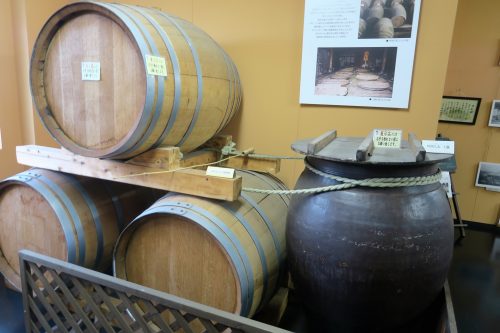 A tour of this quaint little distillery takes 15 minutes and is available entirely for free. Here, you can learn about the different processes that go into producing this region’s famous Shochu variety as well as the sake brewing tools and techniques that have remained relatively unchanged for over 100 years. Currently, the tour is only available in Japanese, though certain tour guides can provide some information in English if necessary. The tour is also accompanied by a small leaflet either in English or Japanese. 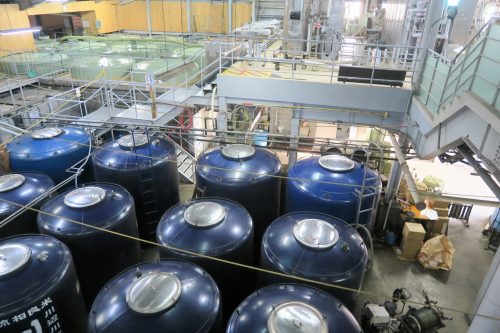 If the aromas of the Shochu brewing away in the factory have successfully enticed you, you can sample a variety of local Kuma Shochu products after the tour. For a whole 15 minutes, you can sit and explore the wide tastes they have to offer for free. The distillery boasts 30 different kinds of Shochu available for tasting and, even though you may find just under 10 on your table, there are more samples around the shop. If you taste something you like, this is your opportunity to pick up a souvenir bottle. They make excellent gifts! 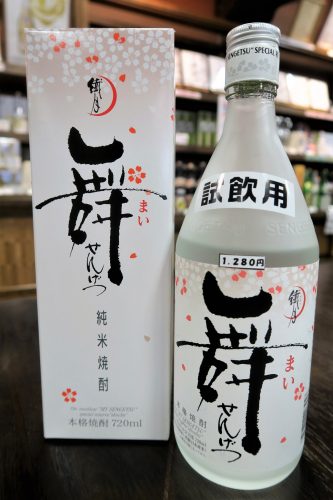 You should not have any problems parking at the distillery itself however, if you’re looking to try all that delicious Shochu, you’ll probably want to leave that car at your accommodation. Sengetsu Shuzo Distillery is 15 minutes’ walk from JR HItoyoshui station and open from 9am – 5pm everyday (last entry at 4:30). 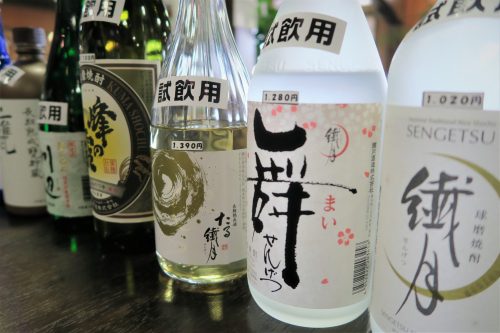 Hitoyoshi castle ruins was much larger than I had imagined. And, with a wealth of areas to explore as well as beautifully unexpected nature, it soon became one of my favourite places to visit in the area. 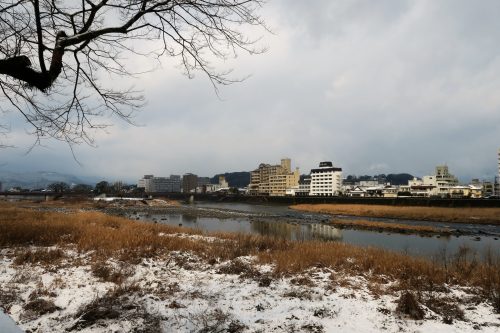 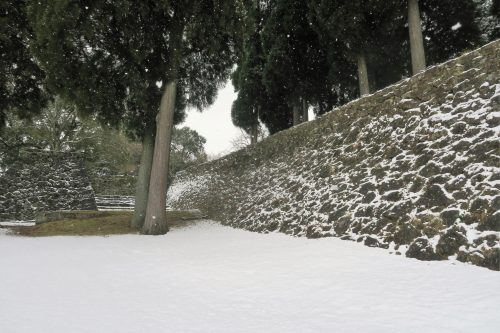 This is where the story of Hitoyoshi really begins to come together. The ruins were built by the Sagara family, who were the Feudal lords of this area for the exceedingly rare longevity of 700 years and who were responsible for the additions to Aoi Aso Shrine in the Edo period, and are listed as one of the top 100 castles of Japan, even though the main castle doesn’t exist anymore. In true Sagara clan style, this castle was uniquely designed as well as highly defensive, making use of the Kuma river in the north and the Mune river in the west as a natural moat.

The grounds are now home to stone wall ruins, including an extending and well-preserved Sumiyagura, which served as a defense wall in the time of battle. This wall has been restored in recent years and stands proudly as a reminder of the history there. 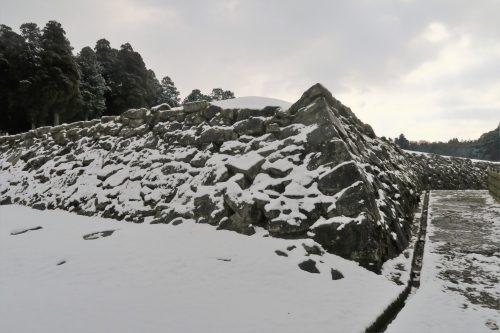 Hitoyoshi castle ruins The Atmosphere and the Experience

While the castle ruins are indeed impressive, the highlight for me was the snow blanketed view I met when standing at the top of the wall. From here, I could see an entire view of the town of Hitoyoshi, giving me a feeling of both power and quiet serenity. Further exploration led us across the wall to another, higher existing wall, at the top of which were the most incredible tall, thick trees, sifting the snow with their incredible foliage. The trees shrouded us and the sounds of birds echoed throughout the silence creating an incredible atmosphere. 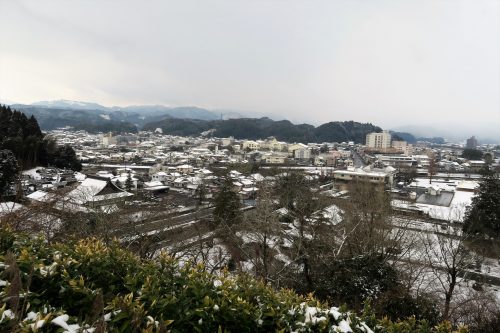 Walking around the entire grounds and exploring the remainder of the castle ruins could take up to two hours. You can also find a museum nearby where you can explore some underground remains as well as other materials that were used in the original construction of the castle.

This little street is a rather unexpected gem in otherwise modern background. The houses are archaic enough to earn this small street the title of  ‘little Kyoto’ and, while it certainly isn’t like traveling to Kyoto itself, there are quaint little traits of Kyoto edging its way into the architecture and indeed the atmosphere of the place. 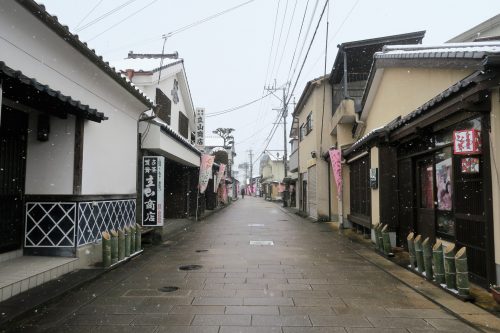 Tour these streets for some interesting local produce, friendly locals and lanterns galore. You can also find the alleged ‘smallest museum in the world’ and some adorable Japanese ornaments and street decorations. 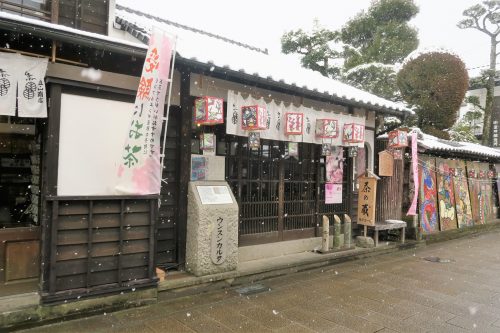 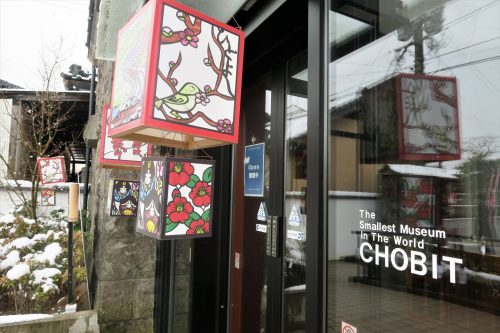