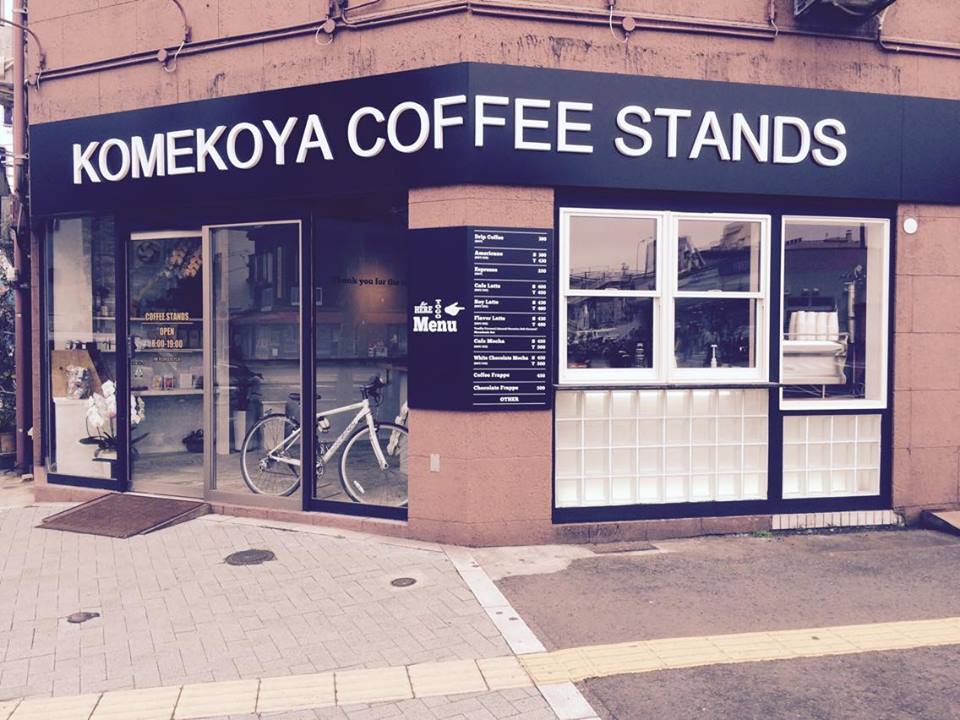 Nagasaki has a slim sliver of population in between crest and ripple of mountains. Banked high on either side are residential areas of buildings at obtuse angles. As streets crook and wind down to the main road paralleling Nagasaki’s river divide, there’s an evenness in the ashlar bed of the tramway. North past a few overpasses from the transportation hub of JR Nagasaki station, there’s a cup of coffee with an even run of flavor that will caffeinate you high as the Nagasaki mounts. 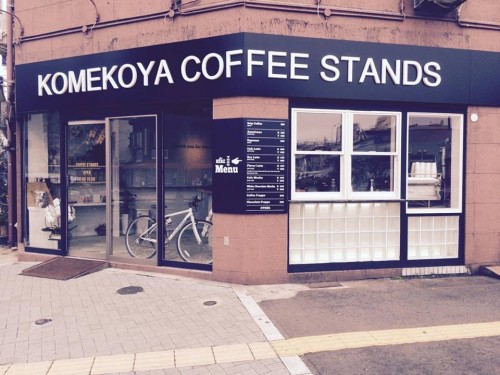 Komekoya coffee stands cafe is well-situated in central Nagasaki. Much of Nagasaki, a port city, holds the charm of an old town. Between the stonework of Japanese masonry in bridges and tastefully renovated rivers, and the merged styling of Japan and Europe in gardens and neighborhoods to the hills, the aroma of a fresh cup of coffee belongs with the scent of aged neighborhoods and greenery at the tip of your nose. Komekoya is “to-go,” as the outside menu indicates; get a cup on the go, and take out to take it in slow. 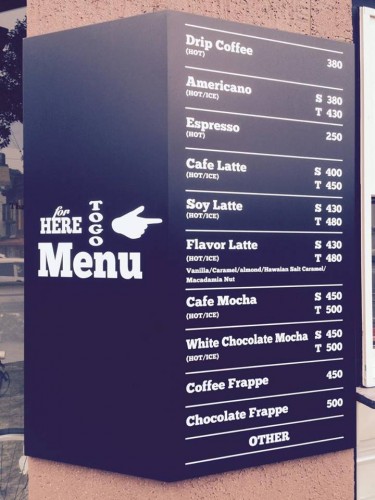 The cafe is a coffee stand, and there’s a cool sense of mobility even before you enter. The design is trim, with the usual placard of advertisement instead affixed to the exterior of the building. A bicycle was kickstand standing just right of the door. Opposite to the entry, a waist-high counter space has no high stool, for more standing legs. In walking distance of Nagasaki’s attractive parks, Komekoya encourages you to enjoy your cup alongside the outside local complements. 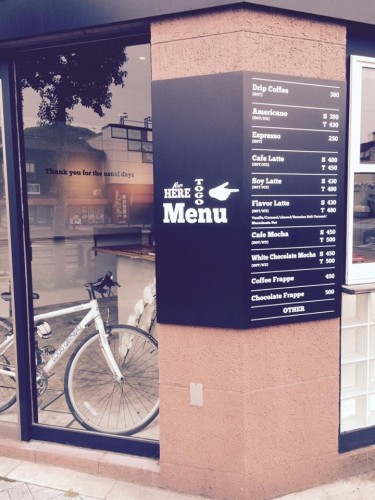 The drink selection is of the basic variety a bean can buy. Invigoration comes with a couple distinctive flavors at Cafe Komekoya, though. The store offers both Hawaiian salt caramel and macadamia nut flavored lattes – I chose the latter. I enjoyed the brown-as-grounds brown and lily-white of the fresh cafe as I stood waiting. 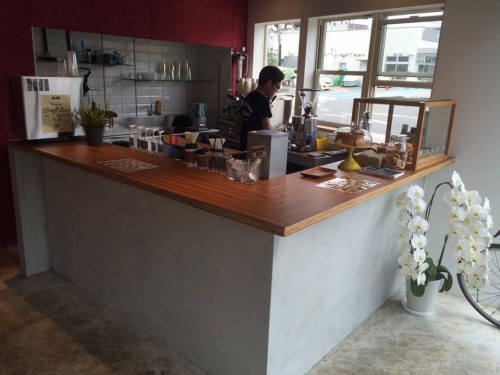 Cafe Stand Komekoya also has baked goods in glass jars, cookies ready to crumble out of neat packages. A gluten-free establishment, Komekoya is a special grain of sweet in Japan. Donuts and cookies are available at the counter, while the window display shelves bags of coffee and more colorful cookies out to passers by. 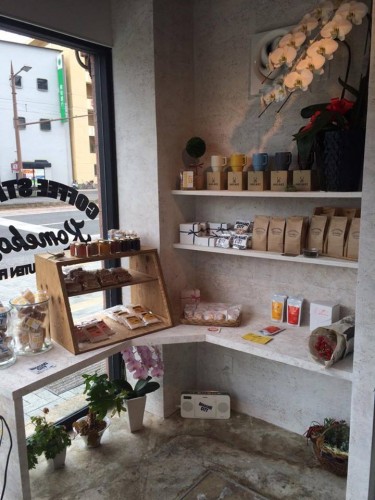 My macadamia nut coffee was delivered in a cloud of milk, mixing well with a morning Nagasaki sky fixed to drizzle. As it drifted down to mix with the macadamia, I caught the words “thank you for the usual days” drifting away to the corner of the wall. Words to open one up to a Nagasaki exploration, an extension of the barista hospitality at Komekoya. 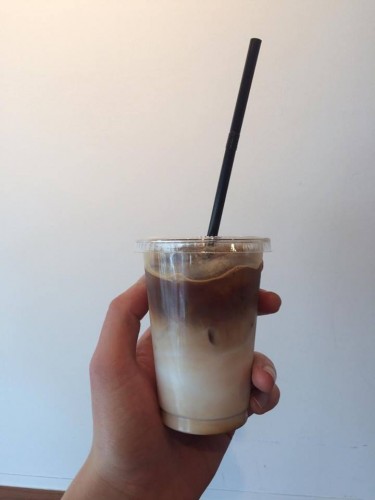 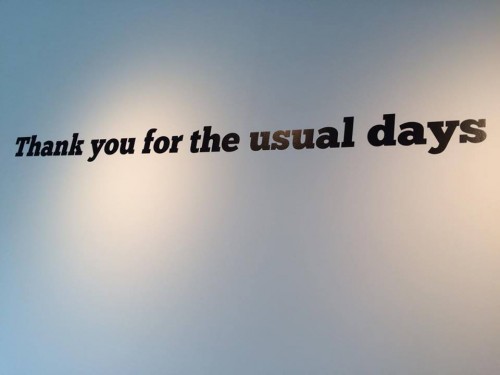 Take the Nagasaki line for Takematsu from JR Nagasaki station, and disembark at JR Urakami Station. The journey costs 160 yen. Walk 2 minutes east from the station.