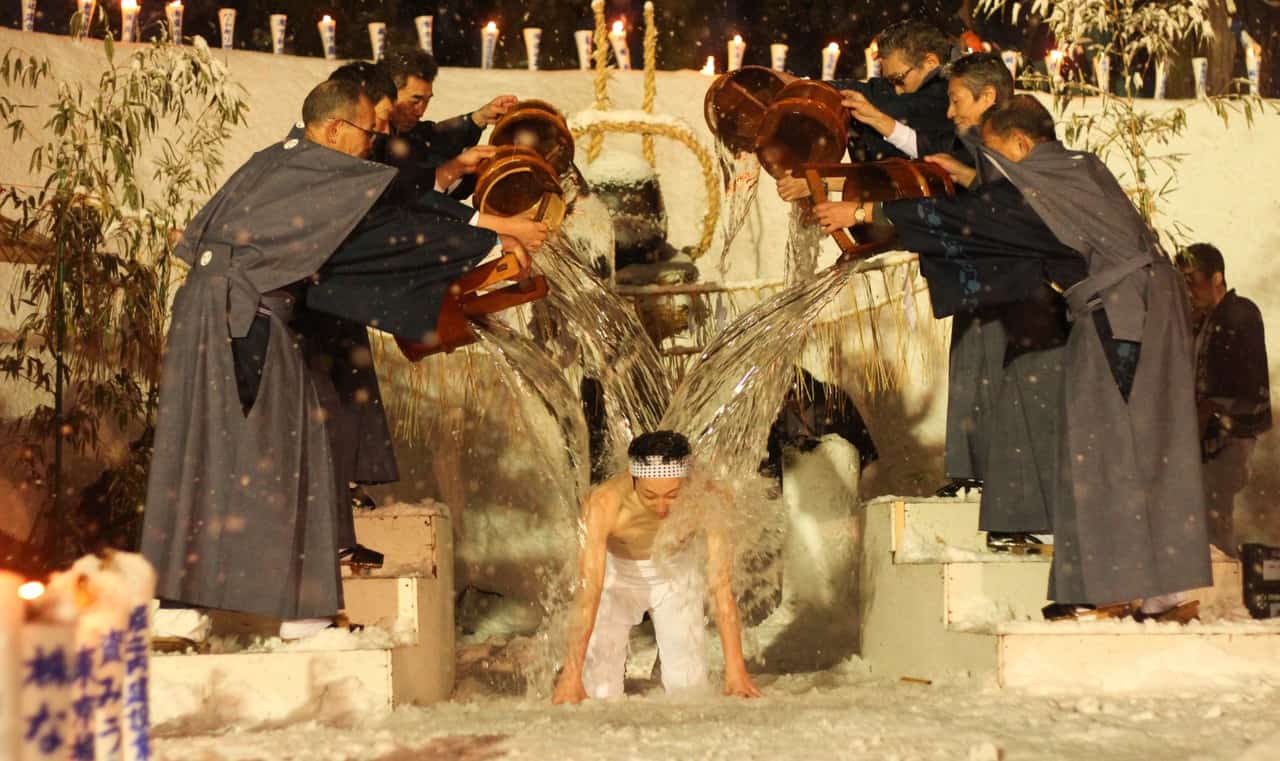 A Trip to Uonuma

Uonuma is located in South Central Niigata, and is well known for its delicious rice and it’s sake. The winters are cold and snow piles up along the roads in heaps. The snow is collected and saved for a unique method of food preservation; vegetables and sake are stored in a large storage facility and preserved using the excess snow from the previous winter season. The snow is also used for a summer snow festival held every July. Maybe that gives you an idea of just how much Uonuma locals love the winter season. With ski resorts and hot springs in large supply, what’s not to love in this small city?

I recently made a trip to a small town in Uonuma to see a local festival, which is held each year in February. I dressed warmly and prepared for a long day, leaving my house at 5:30am to catch the earliest Shinkansen, I wanted to be there early, to see the very start of the Secchu Hanamizuiwai Festival. I arrived at 11:00am, but the festival was running late according to my schedule. Settling myself in for a long wait, I was surprised when suddenly one of the venders beckoned me over. They were curious, I was a new face and a foreigner, and they decided to demonstrate some of that famous Japanese hospitality. I was plied with sake and soba and quickly adopted into this small tent of locals, who let me sit behind their booth, regaled me with stories of previous festivals, and kept watch on my backpack during the entire festival.

This anecdote sums up my experience in Echigo Horinouchi, although the temperature was below freezing, and there were not many places to rest or warm up, the locals more than made up for these small inconveniences in kindness and generosity. I was blown away by how friendly and how welcoming everyone was, from the vendors, to the dancers to the festival goers, I saw nothing but smiling faces peering at me from between large puffy jackets and warm hats.

This year marked the 30th anniversary of the Secchu Hanamizuiwai Festival. It originally started around 250 years ago but after a time the locals stopped the custom. It was revived 30 years ago, and has been going strong ever since.

The festival is held to wish new couples luck in their marriage and to pray for the birth of many children. The men are showered in ice-cold water, or jinsui in Japanese, in order to strengthen them for the rigorous task of procreation. Japanese belief holds that cold water is good for strengthening and revitalizing a persons spirit in order to have healthy children, and you can see many festivals in the area that utilize the same idea, such as Kanchu Suiei (which is a time for swimming in the cold sea during the winter season).

The festival offered many interesting attractions throughout the day, and it all began around 1:00 with the Wadaiko Performance.

Wadaiko drums are a common accompaniment to most festivals in Japan; historically their uses have varied widely, from communication tools during combat to religious rituals to theatrical accompaniment, and it is not uncommon to see someone practicing wadaiko in the park. However, I have never seen them played in the snow. The rhythmic beating of the drums was joined by a flurry of snow jumping and dancing as each tataku hit the stretched hide. And although the snow was falling heavily, the drummers sported large smiles and perfect rhythm.

Yosakoi is a unique Japanese dance, which is performed all over Japan at different events and festivals. The dance is highly energetic, and combines modern music with traditional Japanese dance movements.

The Yosakoi dance is especially well known for its use of naruko, which are small wooden clappers held in the hands of each dancer. Originally naruko were used to scare birds away from rice fields. The costumes vary widely, from colorful yukata to historical costumes or popular fashion. Regardless of the costume chosen, the entire team will usually wear the same attire.

At this festival there were two Yosokoi groups. The first group hailed from Ikebukuro, Tokyo, and made use of the naruko, clapping in time to the beat. They wore bright yukata, a wonderful contrast to the snow. The second group was a local Yosokoi group, and chose a more subdued hue for their attire, instead adding their own touch with cat masks and heaps of energy. This dance was a lot of fun to watch, and I recommend you get to the festival in time to see it.

At the end everyone had the chance to join, slipping and twirling on the packed in snow, hands clasped and smiles beaming.

Following the Yosokoi Dance a small ceremony was held to light the torches for the parade.  Yamabushi started making the fire using a traditional friction method. After the fire was lit, they transferred the flame to the torches and later to the candles surrounding the stage. The procession began with a strange masked figure, who represented the god Sarutahiro, a figure from Japanese mythology.  He was followed by the torchbearers who walked while blowing horns wrapped in thick cord. After them came a young woman dressed in white, she represented Amanouzume, or shrine maiden, another figure represented in traditional folklore. And behind her followed a group of men wearing traditional garb. This group is chosen each year based on the Chinese calendar, and perform a ritual known as Zoushiki.

The finale of the event is the held around 5:30 pm. New husbands from the previous year brave the cold temperatures in nothing but a pair of thin white trousers and submit themselves to a showering of wakamizu or god’s water. After saying their prayers for children and harmony in their marriage the men must kneel down while six men with ice-cold buckets of water empty them over the husbands head and shoulders.

When the men had all been thoroughly drenched, the sky alit with fireworks to call an end to the celebration.

As always at a festival you can find an array of delicious food for purchase. This particular festival hosted delicious soba, sake, a river fish, called Ayu, seasoned with salt and grilled on a stick, and grilled meat. But the most interesting thing featured at the festival was a very strange looking drink called kajikazake, which is essentially Japanese sake with a small fish floating in the sake (the variety of fish differs from place to place). I wasn’t brave enough to try the kajikazake, so I stuck to the ordinary kind. Uonuma is also famous for butamotsu a kind of pork gut stew, so if you are interested be sure to give that a try as well.

The Secchu Hanamizuiwai Festival is held at the Hachiman-gu Shrine, which is about a five-minute walk from Echigo Horinouchi Station.

From here walk straight out of the station, through two traffic signals and take a right at the second traffic signal. The festival is easy to spot from here. 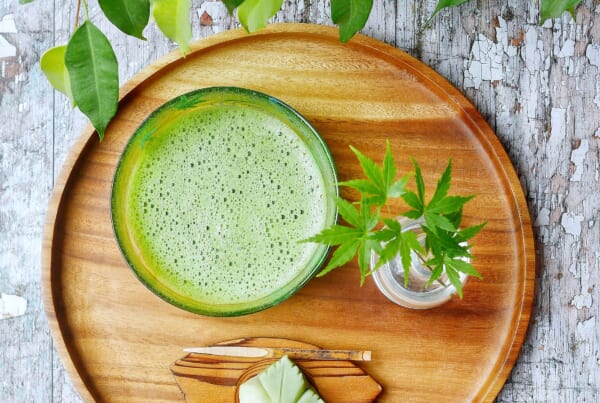