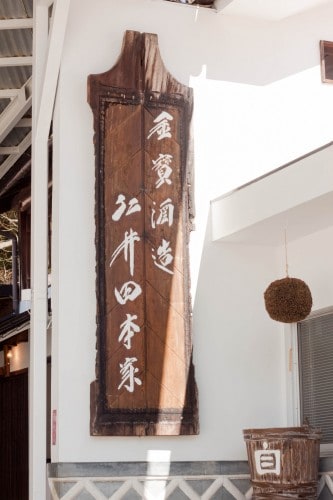 Niida-Honke Brewery is over 300 years old, and has seen its share of change. Originally founded in 1711, it has seen eighteen generations of dedicated head brewers work to create their ideal sake, one that is healthy, sustainable and organic. Located only twenty minutes by car from Koriyama Station in Fukushima Prefecture the brewery is renowned for its delicious sake, having won several awards. But what makes Niida-Honke Brewery truly unique is their mission to create sustainable organic sake, “Shizenshu,” using only natural ingredients and a traditional brewing process. 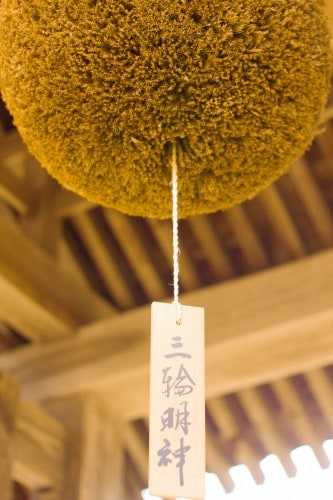 In 2011 the brewery decided to take a step in a more sustainable direction by using only organically grown rice in the sake making process. In 2013 they decided to take their ideals a step further and stopped adding lactic acid during the brewing process, at the same time they began to use an entirely natural yeast starter. In 2014 they made another big leap and stopped using sediment removers, making them the first brewery to create a brand of sake from entirely organic ingredients. 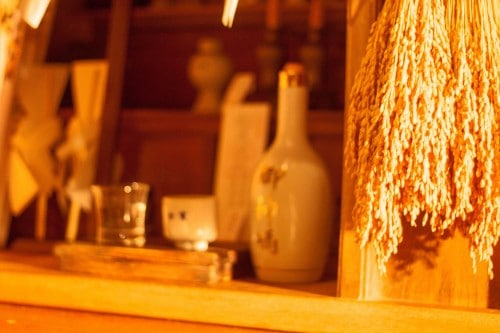 These days the brewery grows and harvests its own rice, completely pesticide and chemical fertilizer free, using methods such as hand weeding and tadpole shrimp to maintain the rice paddies.

All of the water used in their sake is natural spring or well water, which is collected from land owned by the brewery. This water is used in every step of the sake making process, from washing the rice to cleaning the tanks.

The company also strives to reduce its environmental impact by cutting down on packaging, and reusing returnable bottles.

Take a look at their website here: https://kinpou.co.jp/english.html to get a better understanding of just how much effort and love and commitment goes into the sake made at Niida-Honke Brewery. 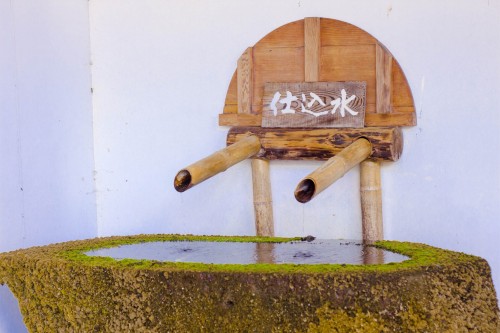 Making sake is a complicated process if you are unfamiliar with the steps needed to create alcohol from natural ingredients.

Because sake is made from rice, this is where the process begins.

At Niida-Honke Brewery, rice is grown on their own land, by their own brewers and farmers. Once the rice is harvested they transfer it to the rice mill where it undergoes the first step, polishing. 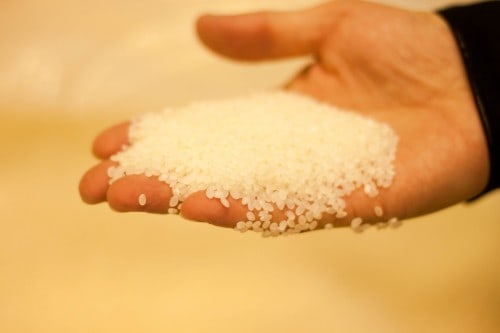 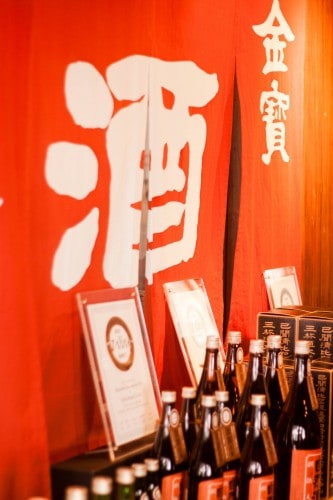 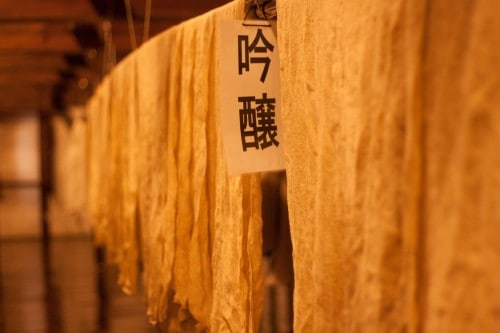 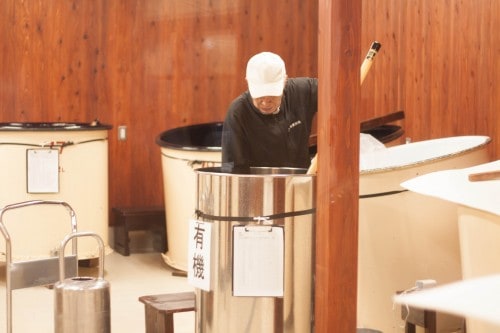 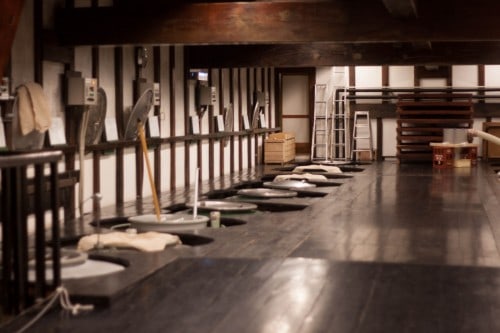 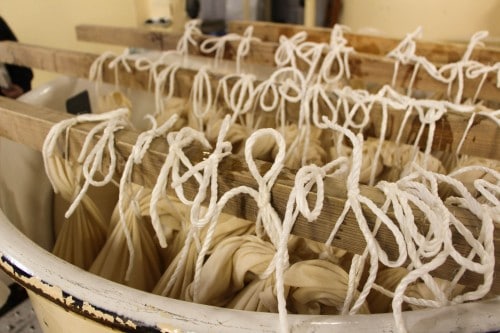 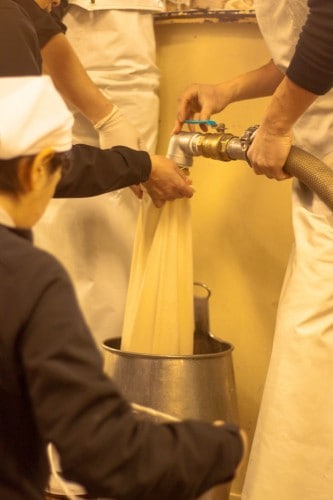 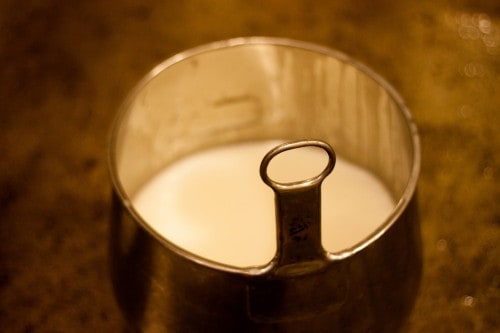 And there you have it; the main steps in creating original sake.

Niida-Honke Brewery sells and distributes a variety of different sake brands and types, and took home the first place prize for their Odayaka Junmai-Daiginjo Sake in 2013 at the Fukushima Prefecture Sake Competition. For a full list of sake brands be sure to check out their website. 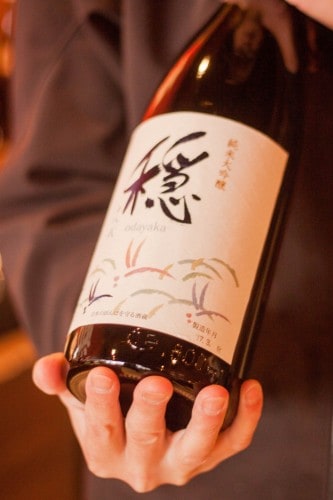 But they don’t only sell sake. They also sell a variety of other fermented foods made from the mash or sake lees, which are separated from the alcohol. 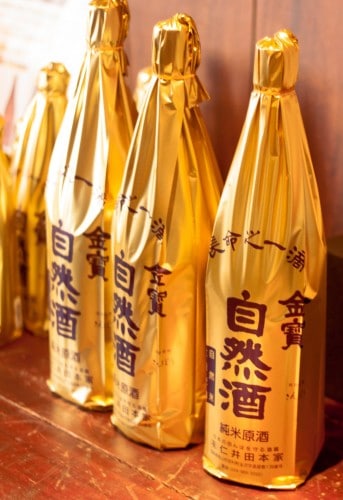 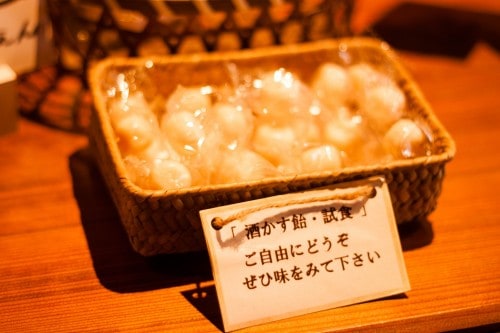 I had the opportunity to take a tour of the Niida-Honke Brewery, and it was a very rewarding experience. My guide spoke excellent English and gave me an English pamphlet and brochure to help explain the more difficult jargon.

After donning a white robe, sandals and a hair net I was led through every section of the brewery and my guide explained in great detail the process of brewing sake. I was able to feel just how hot the koji room was,  and prayers made to the sake god. I was able to watch and take photos of the hukuro zuru process, and perhaps the most amazing experience by far, was a taste of the freshly pressed sake from the head brewer himself! 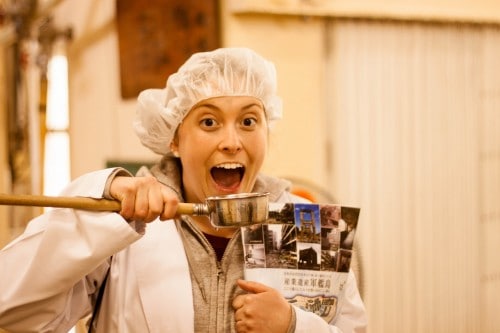 I highly recommend taking a tour of this wonderful brewery. They have a strong commitment to the environment, and a desire to create a wonderful experience for their guests.

If you are interested in a tour please contact them to make an appointment. The brewery is only open during brewing season (winter time).

If you do visit in the summer and want to experience this brewery be sure to check out their organic rice growing workshops, where you can experience hands on rice planting, weeding, and harvesting, plus enjoy a taste of their famous sake.

Take a taxi to “Niida Honke” you can show your taxi driver this name/address as below:

Please email them if you like to visit: info@kinpou.co.jp