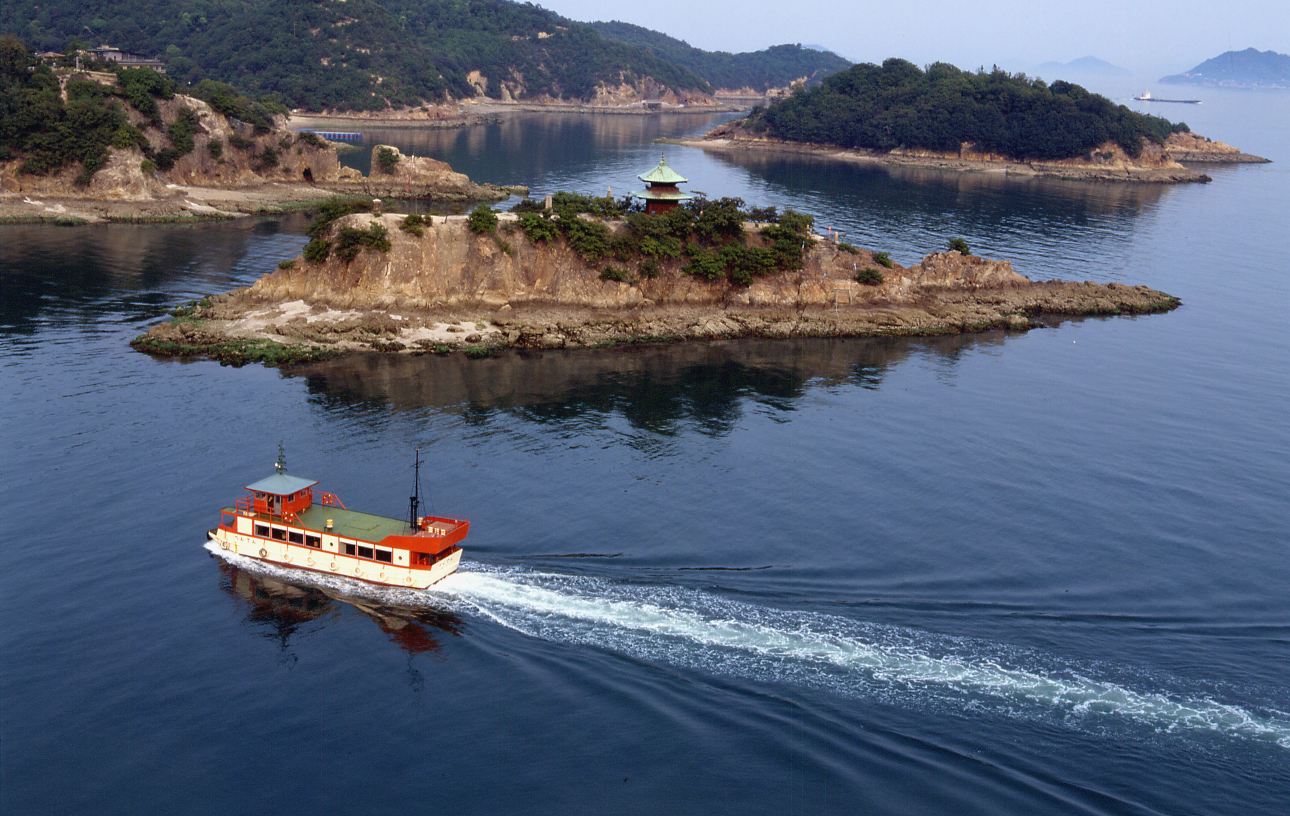 Sensuijima Island, A Beach within Reach of Hiroshima

Sensuijima Island: Only a Ferry Ride Away

Hiroshima prefecture’s Sensuijima island is reached by ferry from quaint Tomonoura, thirty minutes south of Fukuyama JR station by Tomotetsu bus.  The ticketing area is a building open on three ends.  In the foyer is a Sakamoto Ryoma cardboard cut-out for tourist tomfoolery and a poster for locally filmed Wolverine.  The feeling is a little outdated, as a ramshackle boating house should be.  A nice area outside the car park entry has a sea-buffering wall. 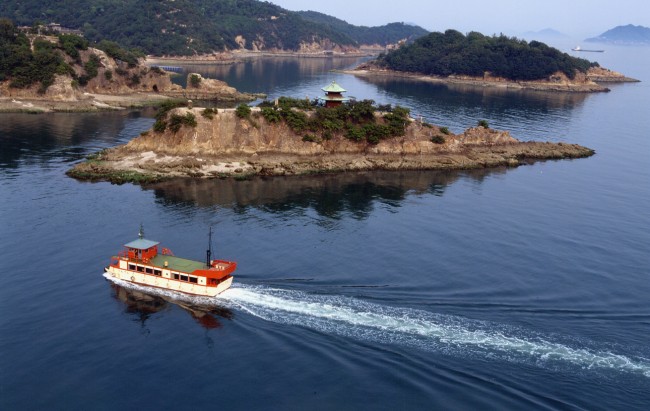 No beach, no sand – just a view of the Seto Island Sea.  Idly squinting under a sun of more southern latitude, we did ponder after the Sensuijima beach and boughs. Strange bugs skittered between the agglomerated rocks.

Riding the Ferry to Sensuijima

As the Sensuijima ferry arrived, it was the historical façade of an old Meiji-era steamboat.  When we boarded, we found a special cabin filled with portraits and images of the past.  Hiroshima prefecture’s Tomonoura has a strong market for nostalgia.

The ferry’s pleasant place was topside, a deck against the low sides with our faces situated for a splash.  My friend noticed purple figures in blue water – jellyfish whose translucence was visible even in an additional translucence of shallow water.  The creature was differentiated as if quickly penciled by an omnipotent graphic artist. Passengers talked around deck, beaming sunny smiles out to spring seas.

The landing dock was an almost detached thing that gave me the compulsion to lean into the water and fall in.  It lead to a cove with a sandy passage through its rocky crescent.  Through a splint of forest, we reached glorious beach light.

Following the path, we found ice cream in the universal design of a seaside shack.  Matcha flavor (a variety of green tea) was present, a Japanese usual.  The path curved to be flush to a green, bordered at left by a hotel and behind by the island’s highest point of green growth.  The green was bounded, in a sidelong glance, by the beach where children scrambled for a soccer ball. 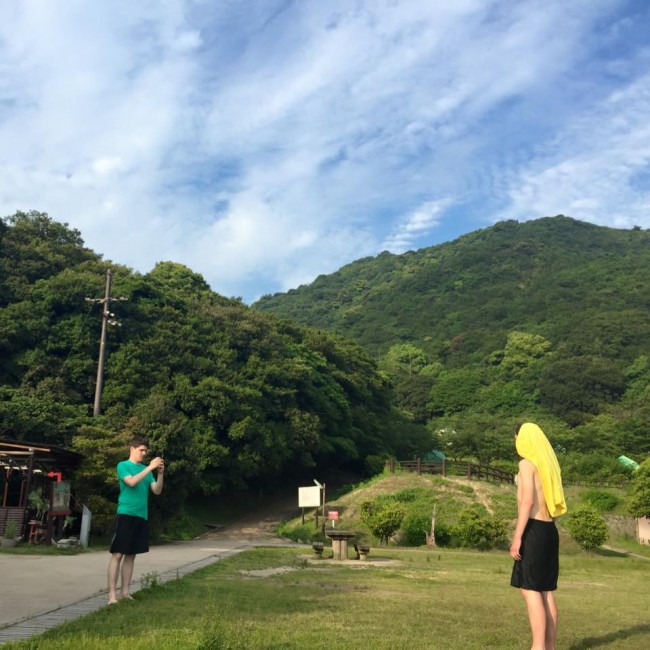 We had bought meats in nearby Fukuyama for a barbecue on the green.  It was paltry lined on the grill next to other offerings.  With a group of twenty, we had collected two of the parks repurposed gas-barrel-grills for a fiesta.  We were cooking under the sun in a couple of ways.

Our feasting was a lasting supper.  The sun was an angry salesman, and skin flushed red in an intimidated purchase.  We had to cool off; temper temperature.

First, we made for the beach.  It was a May day, and waters were still cool. Shedding shirts, we darted into the water like mad minnows.  It was cool.  Neither the cold nor the fish were cutting, although my hair-tie snapped adrift.  Our afternoon Hiroshima was a simple view. Offshore and anchored was singly-shrined Bentenjima island between Tomonoura and Sensuijima.

We dredged ourselves ashore, barefooted and back to sun-warmed earth.  From a the beach a path circumscribed the island, with fake timber guardrails so popular in Japan.  Splat splat went our feet, and our bare bodies attracted glances from the occasional visitor. More worthy of attention were the seaside sights, fleshed out without skin.  Spotting the water was a small island that a single boat approached.

Before our skin spotted, we returned to Sensuijima’s main green.  Dried of the last drop and body temperatures at an even keel, it was time to break away from lazy barbecue moorings and make a hike of the island’s hill.

Time for a Hike

The lead-in to the hike was a graded slope that I felt would look nice with flowerbeds, spread out as it was.  Before long, we were under Sensuijima’s canopy of gnarled- and thinly-branched trees.  Light filtrated in golden scintillas as just the right specks of gold to top the cake.

Up a little ways, the path split in an easy division as easily hewn as thin branches.  We bore right like woodland crawlers. 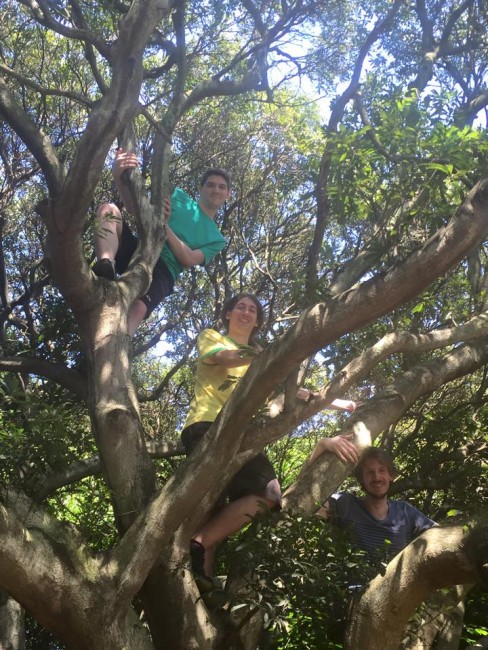 Reaching the top after maybe twenty minutes, we found a Japanese pavilion looking over the Seto island sea. Like woodland crawlers, we foraged for the best.  We scurried up the nearest tree, which happened to bear three of us well on its most robust of boughs.  This view of the sea was the best lookout on Sensuijima.

After fooling like fawns, we returned to that hiking intersection to take what had been the left turn. It was a bare ridge cicatrice from all the visitors who had trailed it a good scabbing.  Continuing only ten minutes, we reached that old beacon for the fabled woodland wanderers childishly lost; a sweet spot.  We had made a circuit to the ice cream shack.

Returned to our barbecue buddies, we cleaned out with the retreating light.  We paid a small fee to dispose of our trash.  The child’s soccer ball in a last arc like the sun, we returned away from the beach.

We stood on the cove’s dock.  As the light disappeared, Sensuijima’s ferry appeared. Relaxed in the kitsch cabin, we made the passage back to Tomonoura. 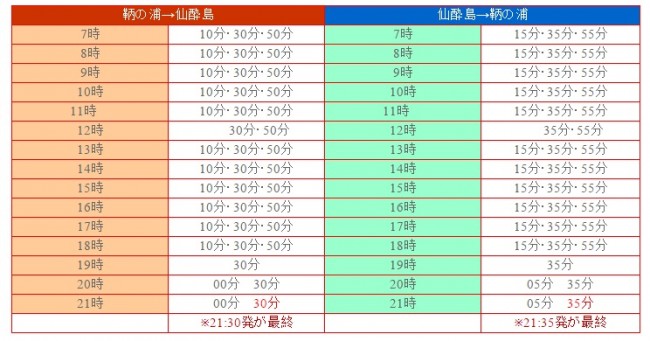 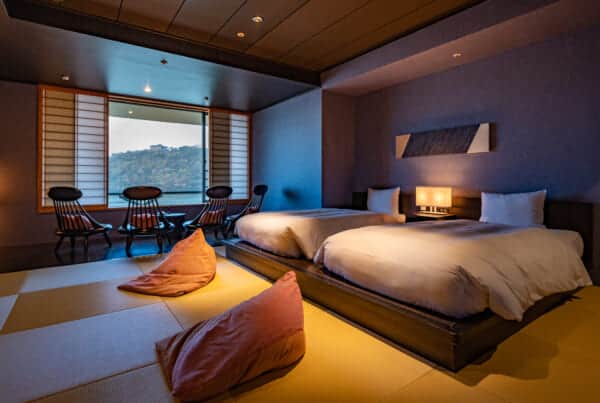