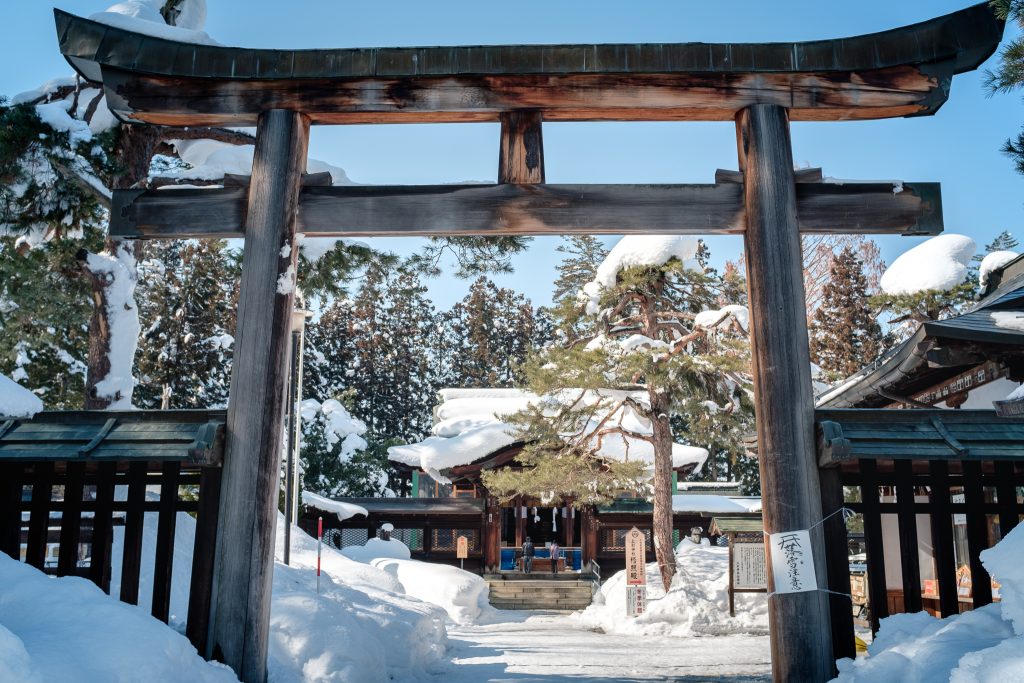 Yonezawa: In the Footsteps of Samurai 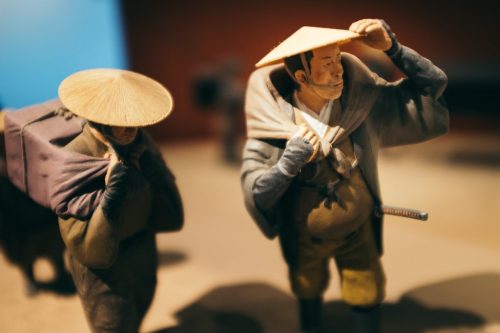 Uesugi Kenshin (1530-1578) was one of the most famous samurai Japanese history. He reigned over the province of Echigo, what is currently Niigata Prefecture, at 17 years old. The battles between the Uesugi clan and the Takeda clan were legendary, with the two warlords showing great inventiveness in their warfare strategies. Despite their rivalry, it is said that Kenshin mourned over Takeda’s death, regretting the loss of such a worthy opponent. 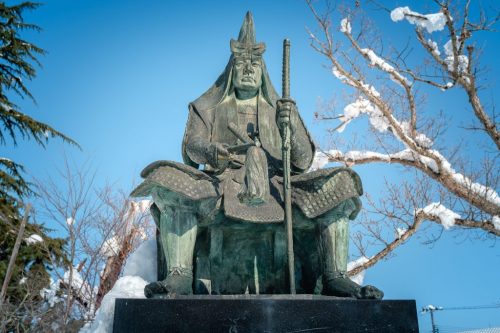 Since his death, Uesugi’s body has been buried in Yonezawa. In this small town, lost in the Japanese mountains, it is possible to follow in the footsteps of this legendary warrior.

In the center of Yonezawa, the Uesugi Museum contains an impressive historical heritage. The museum’s collection includes thousands of objects, including a national treasure: a screen painted by the famous Rakuchū rakugaizu. Kyoto, then capital of Japan, is represented in impressive details with characters depicted in their daily lives. The screen, owned by Uesugi, is undoubtedly the most important piece in the museum. Photos are not prohibited in this part of the museum.

Like this famous screen, the daily life of the Japanese people are depicted in the museum, in this case using very detailed models and well-made miniatures. 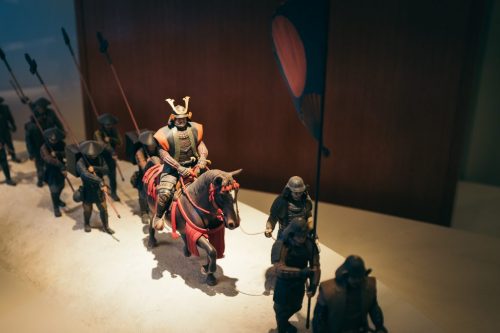 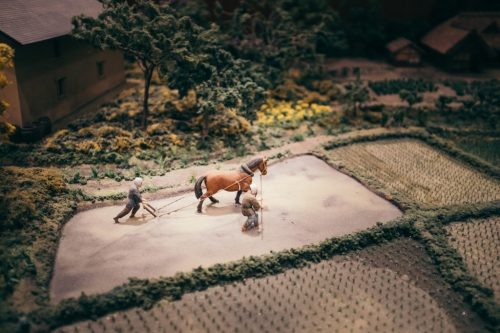 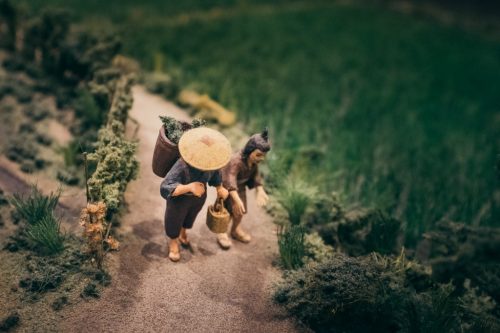 For visitors to learn about the life and the reign of Uesugi, the museum screens a short documentary film at regular intervals. This immersion in sixteenth century Japan also has interactive aspects. There is an opportunity to learn how to fold and seal a letter in the manner of the lords of the time. Using a form of origami that marked whether the letter had been read before reaching the recipient. It was the Japanese equivalent of our wax seals. 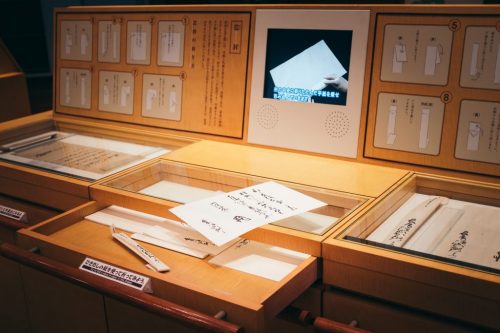 A few steps from the museum, is the Uesugi Shrine, built in honor of Kenshin. To get to the shrine, you cross a bridge over a moat. Yes, a moat because Yonezawa Castle once stood here. The castle was destroyed in 1873 and the sanctuary of Uesugi was built on its ruins. 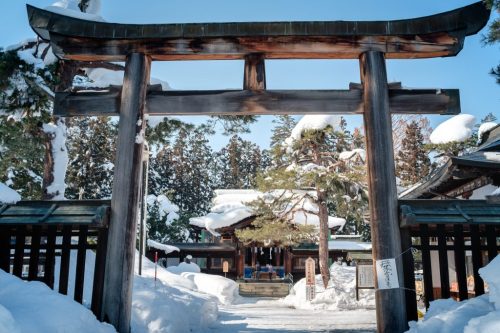 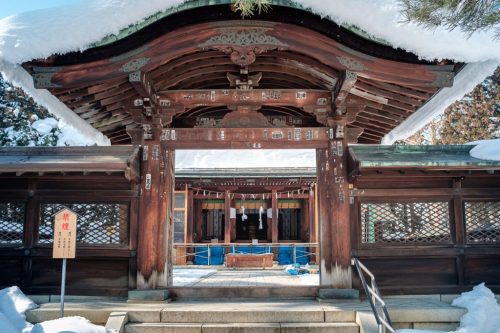 Within the ancient ruins, there are many other sanctuaries. The Keisho-den contains many works of art and armor belonging to the Uesugi clan. Unfortunately, due to snowfall, the Keisho-den was closed when I came to Yonezawa, as it is normally closed from December 1 until the end of March and the new year season (January 1 – January 3). Note that it is open during Uesugi Snow Lantern Festival (the second weekend of February). 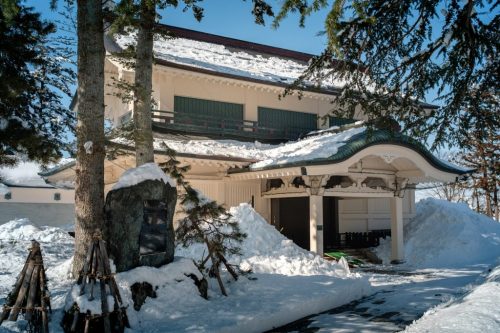 Yonezawa is also known for its abundant snowfall in winter. If you visit during these months you’ll discover toriis in the middle of snow powder or find temple roofs under a thick layer of snow. 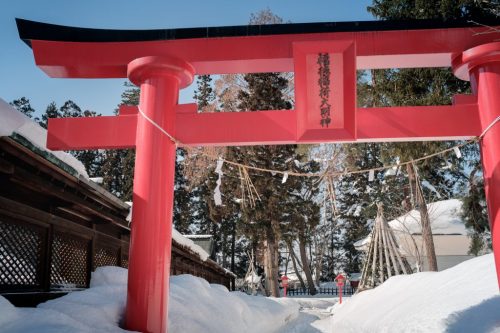 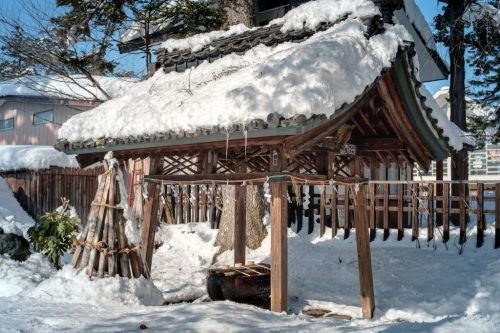 The Mausoleum of the Uesugi Samurai

After walking in the footsteps of Uesugi Kenshin, it’s time to go to his final resting place. Surrounded by 400-year-old cedars that stretch over two hectares, the place is particularly impressive in winter. At the time of his death, the body of Uesugi Kenshin was clothed in his armor and placed in a coffin made of terracotta. After he was placed for a time in the sanctuary, his remains were brought to this mausoleum in 1876. His remains have not been moved since. 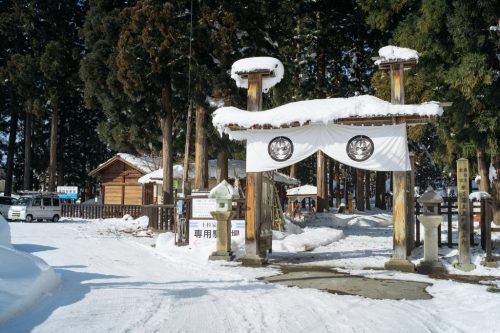 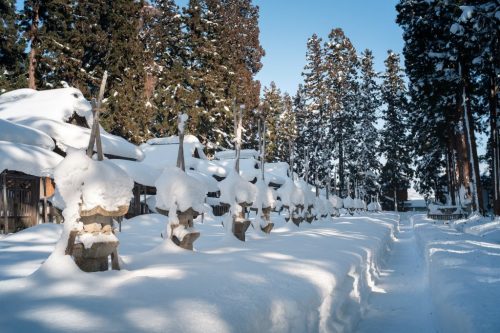 All the lords of the Uesugi clan are buried in this mausoleum. This place is called “the spiritual home” of Yonezawa. People come to collect their thoughts and address their prayers to the lords who reigned on these lands. Offerings are deposited there and I was surprised to find some sake deposited in the tomb of Uesugi Kenshin. I had heard before that he loved sake, so I understood the reason for this attention to detail! 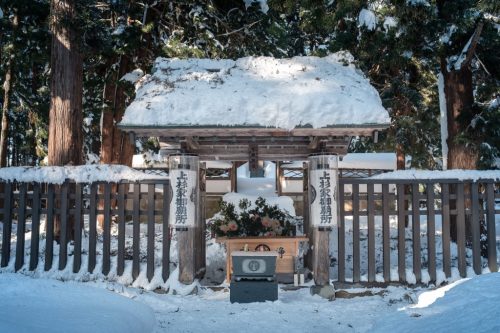 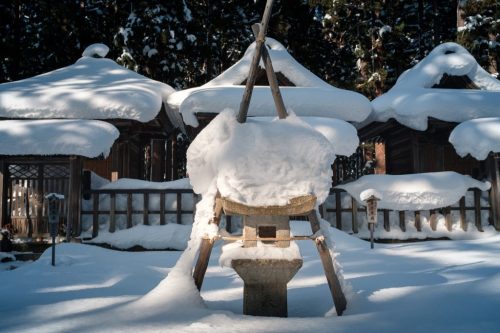 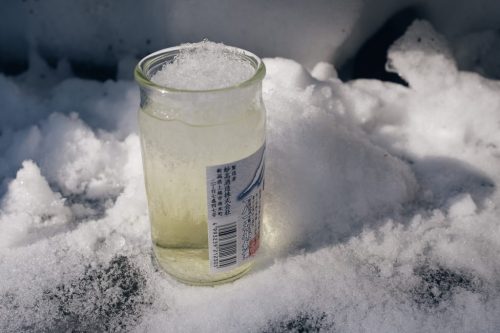 Over the centuries, these sanctuaries have been able to withstand wind, snow and natural and manmade fires. Centuries of history inhabit these places and their weight can be felt simply by letting your eyes get lost in this cedar forest. 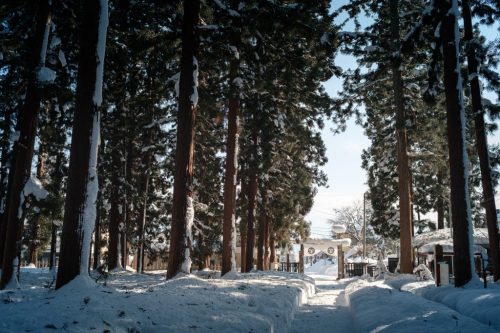