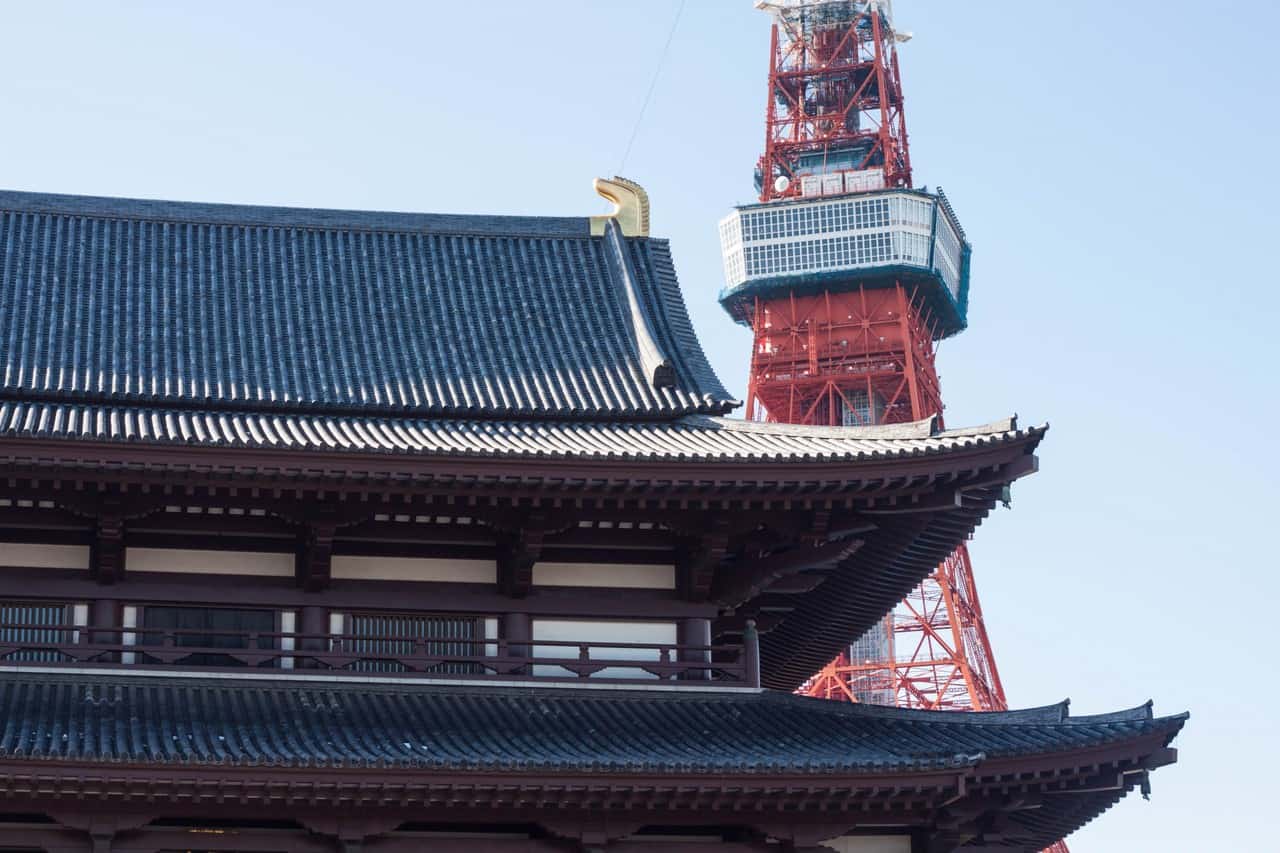 Finding the Best Views in Tokyo: Zojo-ji Temple and the WTCB Observatory

Looking for the best views in Tokyo? Get the Keisei’s train passes that you will get at Keisei’s ticketing counter at Narita International Airport, you can easily reach all of the main attractions that Tokyo has to offer, for example to visit a few locations that offer a unique perspective on the city, from gorgeous 360 degree views overlooking the city at the World Trade Center Observation Platform, to the unique mixture of traditional and modern Japanese culture at Zojo-ji Temple. Hope on the Keisei train by Keiser’s useful train pass, from Narita International Airport and make sure you don’t miss out on the unique experiences this city has to offer. 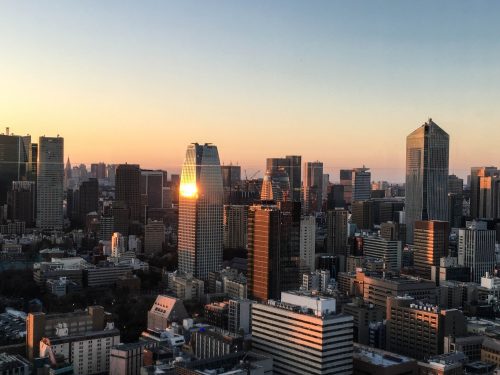 Located in Shiba Park, only a short walk away from Daimon Station on the Toei Asakusa Line, you can find a unique mixture of historical and modern Japan at Zojo-ji Temple. 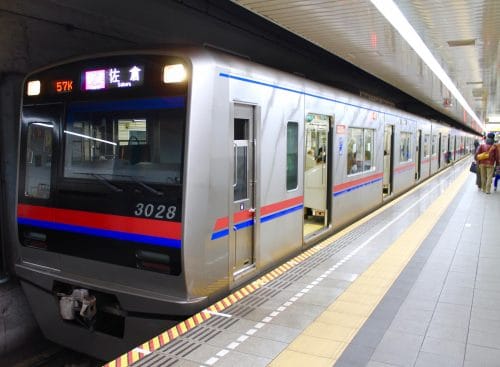 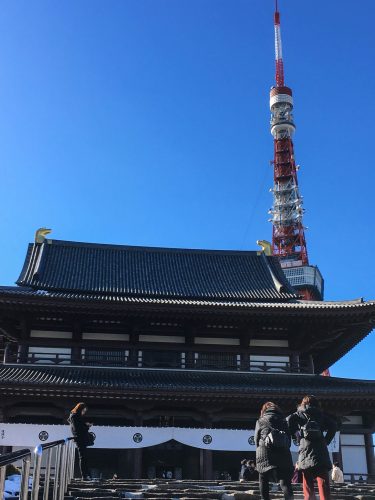 Zojo-ji Temple is the chief temple of the Jodo sect of Japanese Buddhism and offers visitors the unique opportunity to take a photograph that encompasses the charm of Japan’s past with one of the leading representations of its present. The temple sits peacefully in the foreground while Tokyo Tower arches above the traditional buildings, claiming its own space in the background. You don’t want to miss this photo opportunity if you make a trip to Japan. 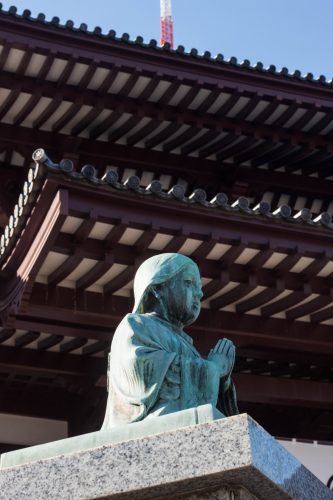 Zojo-ji Temple was originally founded in 1393 in a different part of the Kanto region, but in 1598 Ieyasu Tokugawa, founder of the Tokugawa shogunate relocated the temple to its current location. 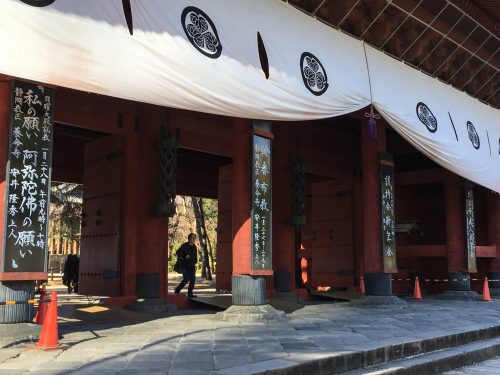 Zojo-ji Temple has been reconstructed many times over the years, but the main gate, or the Sangedatsumon, is the only surviving structure from the original architecture. The gate has survived earthquakes and fires and dates all the way back to 1622, so make sure to take a photo of the gate as you approach the entrance on the main street. 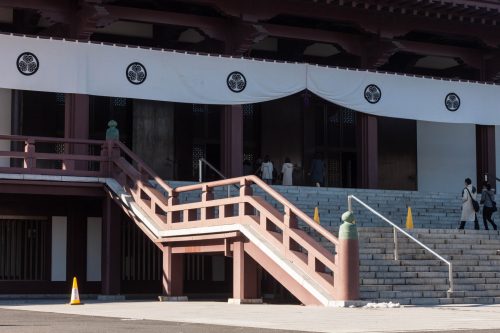 Besides the gate, the temple boasts expansive grounds and a number of different buildings, but the most interesting feature of this must-see location is Tokyo Tower stretching up towards the sky. This image is the perfect representation of Japan today, as a modern country that has still largely held on to the traditions and culture of the past. 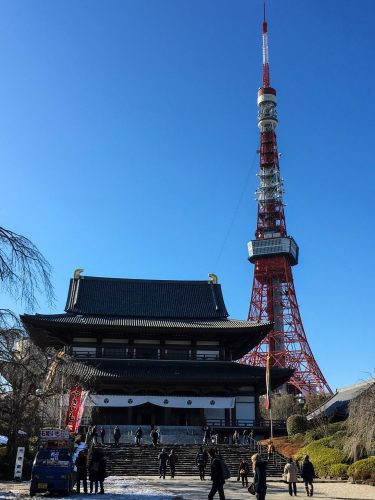 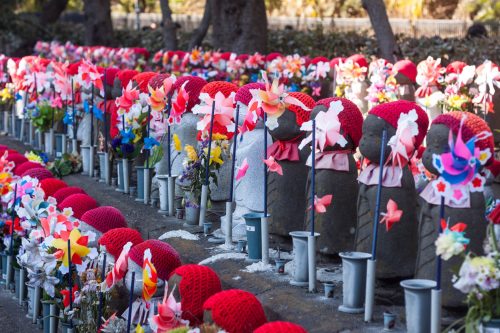 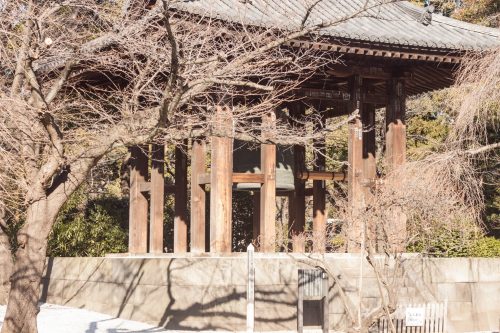 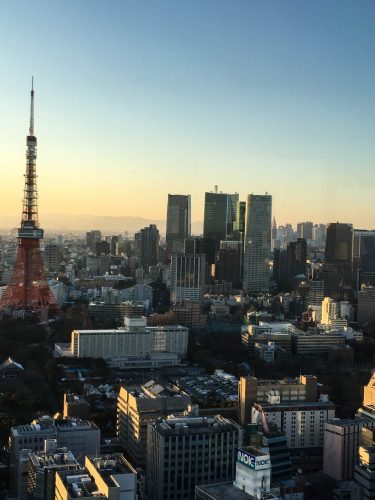 Only a few blocks away from Zojo-ji Temple is one of the best views in Tokyo. For only 620 yen you can enter the observatory at the World Trade Center Building. This observatory overlooks all of Tokyo and offers a 360-degree panoramic view of the city from the 40th floor’s Seaside Observatory. 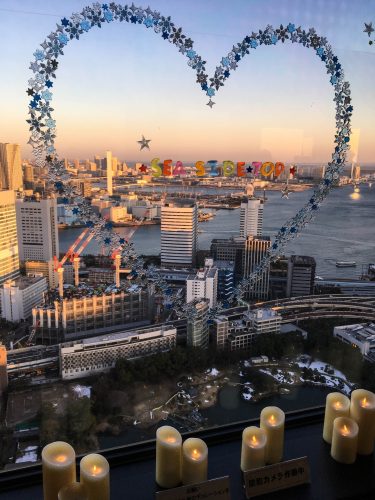 Get to the top early to watch the sunset, and see the lights of Tokyo as they illuminate this expansive city!

Informative interactive maps are spaced around the observation deck, which allow visitors to orient themselves with the city around them. The maps point out places of importance such as the Sky Tree, Tokyo Tower (although it is hard to miss), Mount Fuji, and more! 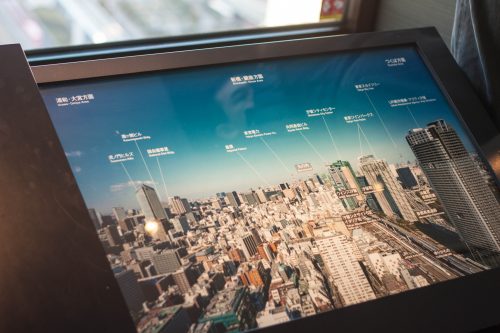 There are beverage machines in the lounge area nearby, as well as bathrooms if you need them. Numerous seats are offered on the observation deck for guests to rest their weary feet. The Seaside Observatory asks that you don’t bring in any camera equipment that might impede the view of other guests such as tripods; but cameras are, of course, okay! 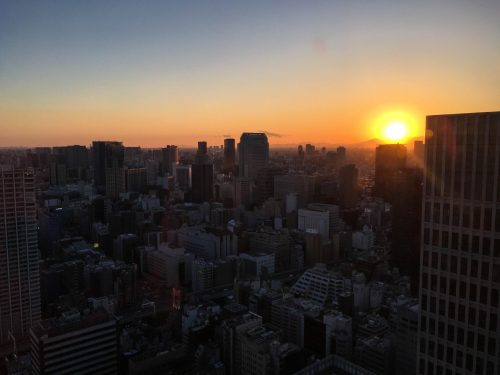 Note: In the past, the observatory had a beautiful view of the entire Tokyo area, but unfortunately a new building has been erected directly next to the WTC Building blocking the view of Mt. Fuji. However, this does not in any way impede the beautiful views of the rest of the city, and visitors can still see other impressive sights such as Tokyo Tower, the Sky Tree, and Tokyo Bay. 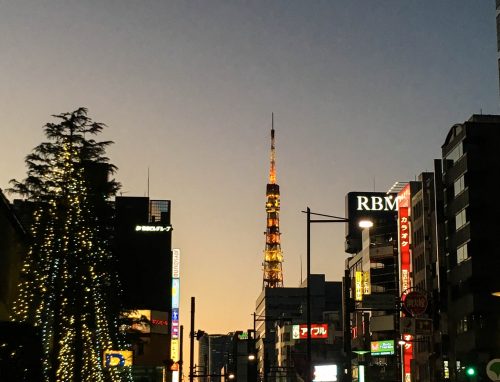 Don’t Forget to Buy the Keisei Skyliner and Subway Pass

To get around these locations, check out the Keisei Skyliner and Subway Pass ticket. Visitors arriving at Narita Airport will find this option especially useful as this combination offers a one-way or a round ride from Narita Airport to Keisei-Ueno Station or Nippori Station where is located in the heart of Tokyo, plus the benefits of a 24, 48, or 72-hour Keisei subway pass. With this, you can visit many popular areas like Shibuya, Shinjuku, Asakusa, and Akihabara as well as the tourist places mentioned above easily.  If you are interested in finding out more about the pass, check out their English website here.

This pass can be purchased at a travel agency in the U.S., France, and many other EU cities, but it can also be purchased online. In fact, you save around 2,240 yen at most compared if you purchase the ticket separately. For more information about the Keisei Skyliner and Subway Pass ticket, check out their website here.