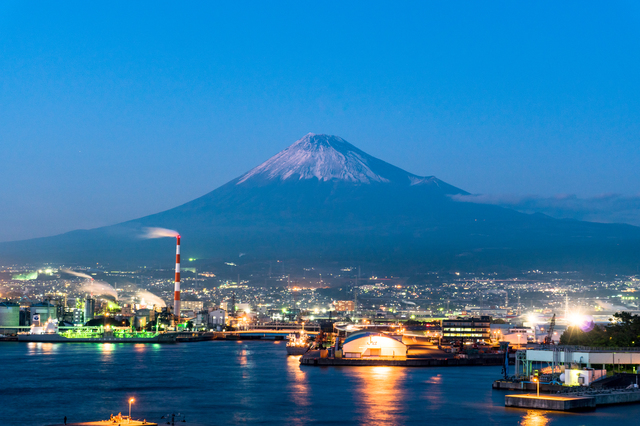 Yoshiwara, Fuji City: The Daruma Festival at the Bottom of Mt. Fuji

Yoshiwara is a district of Fuji city, located in the east of Shizuoka prefecture, and known as the most industrial side of the Fuji. I was casually strolling around town when I learned that a festival was being held at the Bishamonten Myohouji temple. As with most festivals, it is difficult to drive around the surrounding areas, so I decided to park my car at Hina station (free parking) and take the train to Yoshiwara. From the train, on the way to Yoshiwara, I was able to watch the beautiful sunset on Mount Fuji! 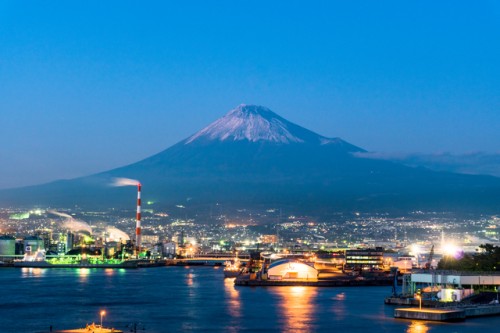 The “Gakunan Railway Line” (岳南電車岳南線) is a very small train line that links Gakunan-Enoo to Yoshiwara with a very old fashioned train! 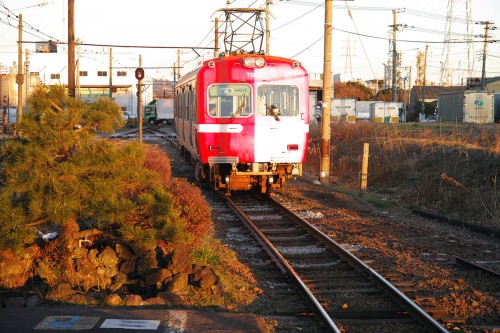 The journey costs between ¥150 and ¥360, depending on the distance traveled. When you get on the train, you take a ticket that will let the controllers know how many stations you have travelled by the time of your exit. If you take the train from the first station, you have to buy your ticket inside the station. 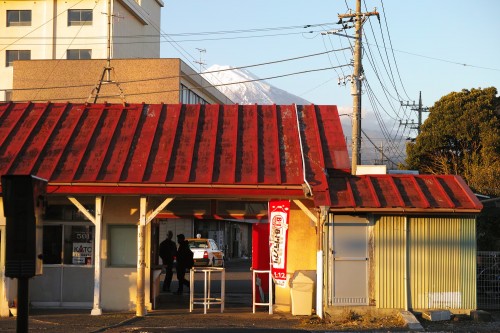 I got on the train at “Hina” around 5 pm, and I was so fortunate because the sun was setting, the weather was clear, and so the beautiful Mount Fuji was visible from behind the station! 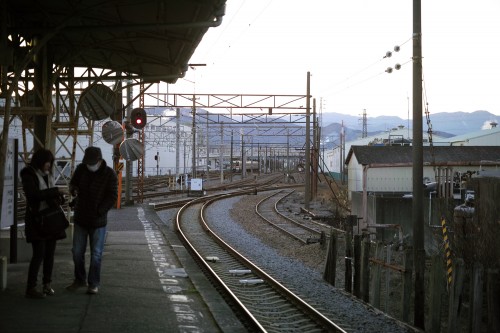 Arriving in Yoshiwara, I was amazed by the shades of pink, blue and purple on Mount Fuji! 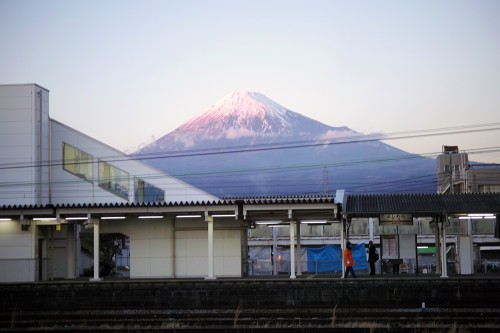 Before being merged with the city of Fuji in 1966, Yoshiwara was an independent city. It was fourteenth in the list of fifty-three famous Tōkaidō road stations! The fourteenth station was on the site of today’s train station. The area was devastated twice by powerful tsunami!

A ten minute walk from the train station, I joined the Bishamonten matsuri (毘沙門天大祭), better known as the “Daruma Festival.” This is one of three major annual festivals dedicated to Daruma. 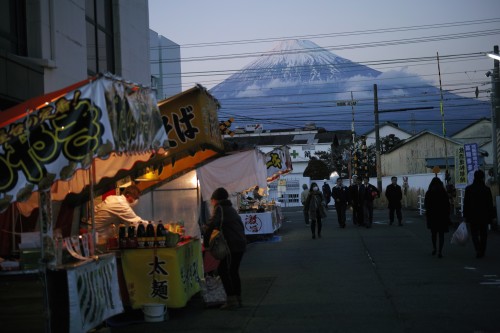 On the way, food stands with Fuji-san in the background.

The Daruma is a kind of paper-mâché doll, representing Bodhidharma, an Indian monk, founder of the Zen Buddhist sect known for his perseverance. For the Japanese, the Daruma is a sacred figure with mystical powers, realizing vows or helping to achieve difficult objectives. 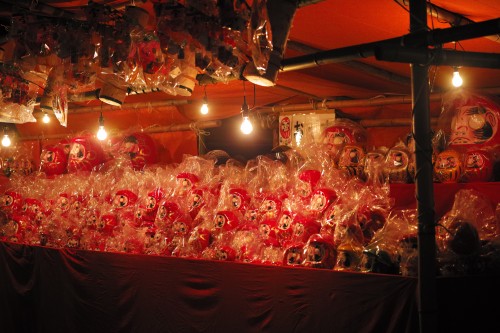 When buying a Daruma, usually it has white eyes. You should then paint a pupil (a full black circle) in the left eye while making a wish. When the wish has come true, you can paint a pupil in the second eye. It is then customary to burn the Daruma during one of these festivals! Visitors bring their Daruma that they have gathered together to form a large stack that will be burned on the last day of the festival (which lasts three days). 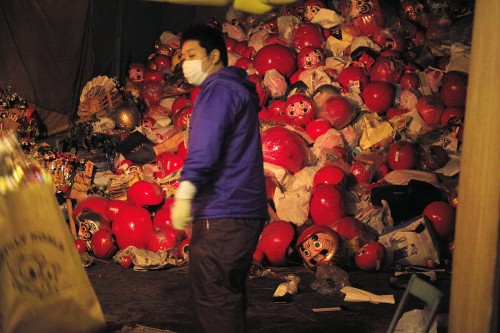 Some visitors wait for the festival to buy a Daruma. Their prices can range from a few hundred yen for smaller models to tens of thousands of yen for the larger ones! Many stands offer Daruma, mostly red with golden and black motifs. But there are also yellow, green, white, black, pink, golden Daruma! Each color symbolized a different kind of wish: pink for example will be for a wish related to love, gold for a wish in connection with money, green for health, etc. 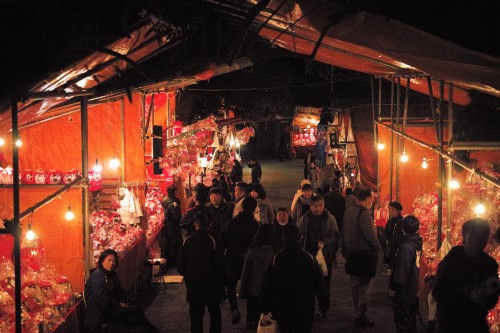 Even at a time without the festival, the temple is worth a visit! There is this amazing incense pavilion decorated with dragons and during the day, when the weather is clear, you can see Mount Fuji in the background! 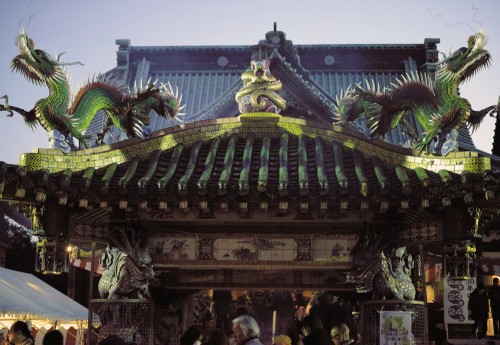 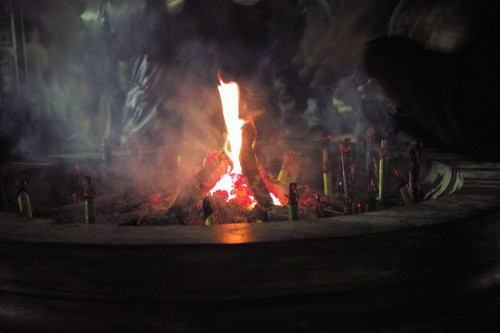 The festival is held every year at the beginning of February (this year it was from the 3d to the 5th), and you can check the dates for 2018 on the official website here. (It is in Japanese, so let your browser translate the text for you).

Need more information? You can find up to date information about Shizuoka’s history, sightseeing locations, accommodations, food, and transportation as below:
https://shizuoka-guide.com/english/