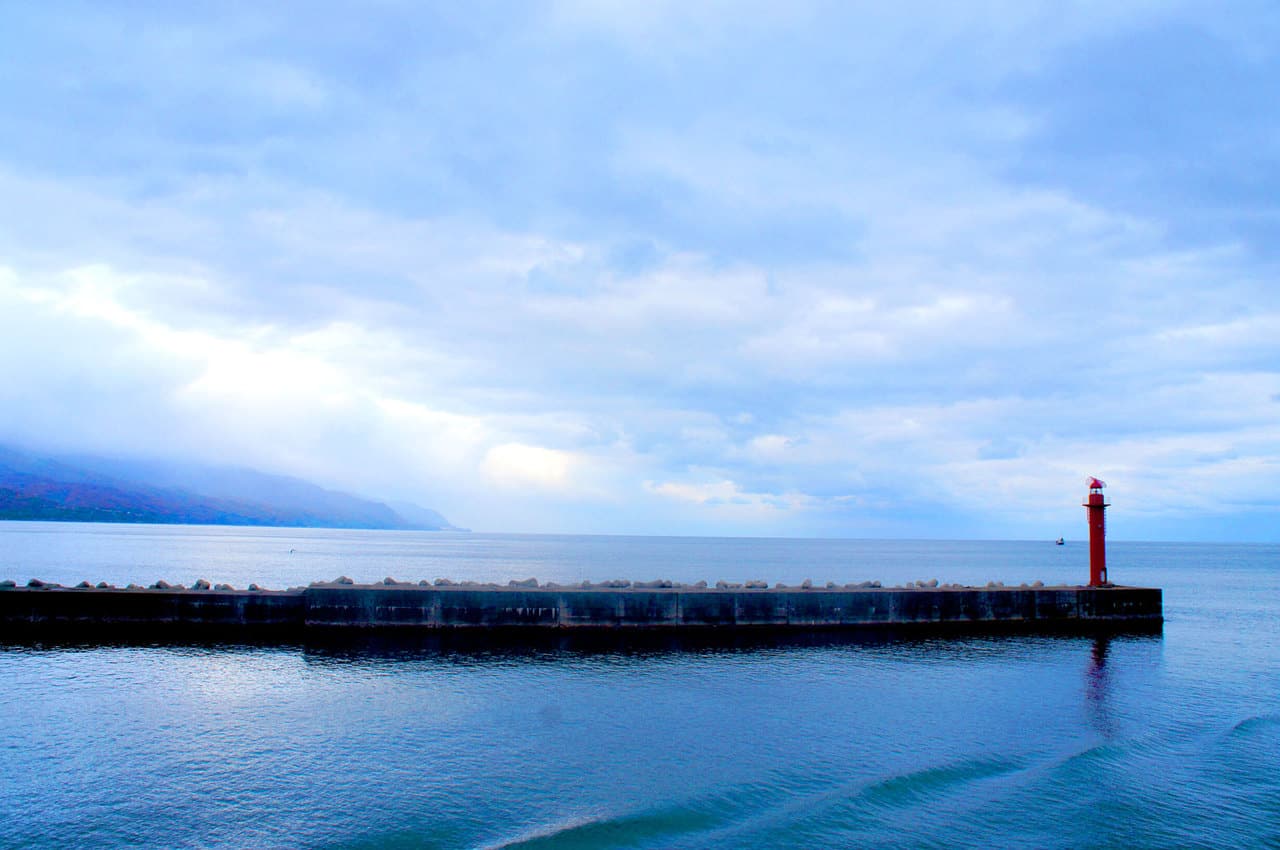 A Day Off the Beaten Path Exploring Niigata’s Sado Island

Sado Island has a richly-diverse local tradition and community off the west coast of Japan near Niigata City (新潟市). Known as one of the prime climates in Japan for growing rice, the island is full of fields and farms and a host of unique experiences for travelers seeking to make the short ferry ride from nearby Niigata city. On Sado, mountains line the distance no matter where you travel, and the crispness of the air speaks both of the island’s history and its distance from the hustle of city centers.

Oceanic Beauty, Mountains, and Fields of Rice of Niigata

The ferry ride to Sado from Niigata presaged the quiet and calm of the island to come. The dark blues and iron grays of the ocean and clouds made for perfect companions to clear my mind on the way to Sado’s relative isolation, while the ferry’s warm interior – complete with restaurant and nap rooms if you so wish – provided shelter from the deck’s biting autumn cold.

Landing on Sado, I wheeled my bag through the ferry terminal, a large building with plenty of shopping, food, and coffee options. I traveled by bus through the rainy chill of winding roads that circumnavigate Sado, along the way having a chance to take in the island’s pristine natural environment.

Beyond the roads, Sado Island is full of rice fields leading up to the foothills of its mountains. I stopped by the rice field of one farmer who grows rice using mineral water from the mountains. According to the season, the once nearly extinct crested ibis (toki) flies around the island and perches in rice fields, and I caught glimpses of the bird flying in the distance. At the time of year I went, in between harvest and next season’s sowing, I was surprised to see giant treads from trucks or ATVs gouging the fields. Farmers, I was told, do this on purpose to create pockets of water for ibises to drink from, which also contain loaches that ibises eat.

A Shrine at the Heart of Local Festivals and Community

My next stop was one of the cultural hearts of Sado Island: Hiyoshi Shrine, also known as “Sanno-san,” in the Niibo district (新保地区). Not only are the shrine’s grounds used for religious purposes, according to Shinto, but its location brings the local community together for traditional Japanese festivals throughout the year. Chief amongst them is the Sanno Matsuri Festival in spring. This festival has a long history, featuring the art of Onidaiko (“demon drumming”), portable shrines, horses, and children’s drums. Sanno-san even hosts various school events throughout the year, such as Sports Days, where students participate in friendly games of competition.

Sanno Shrine was built specifically to honor monkeys, and various statues of monkeys can be seen around its grounds and on the eaves of its buildings. The shrine grounds are surrounded by trees and greenery, which shields the shrine from its immediate, surrounding roads and smaller buildings.

Travelers interested in arts and crafts, such as me, can travel to one of Sado’s community centers to take part in a 500-year-old tradition of painting masks used in Noh theater. The art of Noh was brought to Sado island in the 15th century by an exiled monk, and currently, Sado reportedly has the largest number of Noh theaters out of any region in Japan (accounting for 1/3 of all Noh theaters).

My group and I sat down at a low table in one of the center’s rooms, where instructors walked us through the traditional Noh mask painting method, which involves the crafting of a beautiful face with pristine makeup and an ivory skin tone. That being said, you can paint your mask however way you’d like. I decided on a more costumed look that the instructors said reminded them of warrior’s paint from Studio Ghibli’s Princess Mononoke.

Paint, brushes, and palettes are available, as much as you need, and once you’re done, you can mount your mask on a bamboo block and inscribe the block with Japanese characters or some other symbol of your choosing. Tiny finger puppets are also available for painting, traditionally for use in shows for children and featuring a family of tiny characters, each with its own color: white (mother), green (father), blue (bushi, the villainous character ), and red (kinosuke, the lead character who plays the half-witter character).

To round out this low-key day, I had a chance to stay at Ryotsu Yamaki Hotel, one of Sado’s ryokan. Ryokan are traditional Japanese hotels with spacious, tatami-floored rooms and in-house meals that incorporate an array of traditional Japanese food. Ryokan, such as Ryotsu Yamaki, also usually have onsen hot springs, where guests can bathe or relax at any point in the day or night. Baths are communal and separated by gender. It’s important to note that tattooed people might have trouble being allowed into the onsen, especially if they have full or half-sleeves, because of prevailing Japanese taboos regarding tattoos.

When I arrived, just before dinner, I had the chance to go to my room, drop off my stuff, and get dressed for the evening. Ryotsu Yamaki, as is typical for ryokan, provides guests with a traditional set of robes and coats that can be worn (optionally) while walking around the hotel or having meals. Dinner was a lavish, incredibly filling affair full of tofu, vegetables, tempura, fish, rice, soup, and dessert. And, of course, beer and sake were available – as much as we wanted – for the evening.

After dinner, I headed to the onsen to bathe, shower, and get ready for bed, as is usual in Japan. Ryotsu Yamaki has indoor and outdoor bathing areas, and by the time I arrived at the outdoor bath, I had it all to myself. If for any reason guests don’t want to take advantage of these kinds of facilities, rooms contain showers just like any other hotel.

When I visited the ryokan, there wasn’t any time to use any of its other amenities, but those include a karaoke room, various rooms for enjoying art or just hanging out, and a massage treatment area.

A Restful, Insightful Visit to a Culture-Rich Island of Sado

In the end, my first day on Sado island was a quiet, sufficiently restful experience where I surveyed the island, got a taste of its culture and hospitality, and had some fantastic food, to boot.