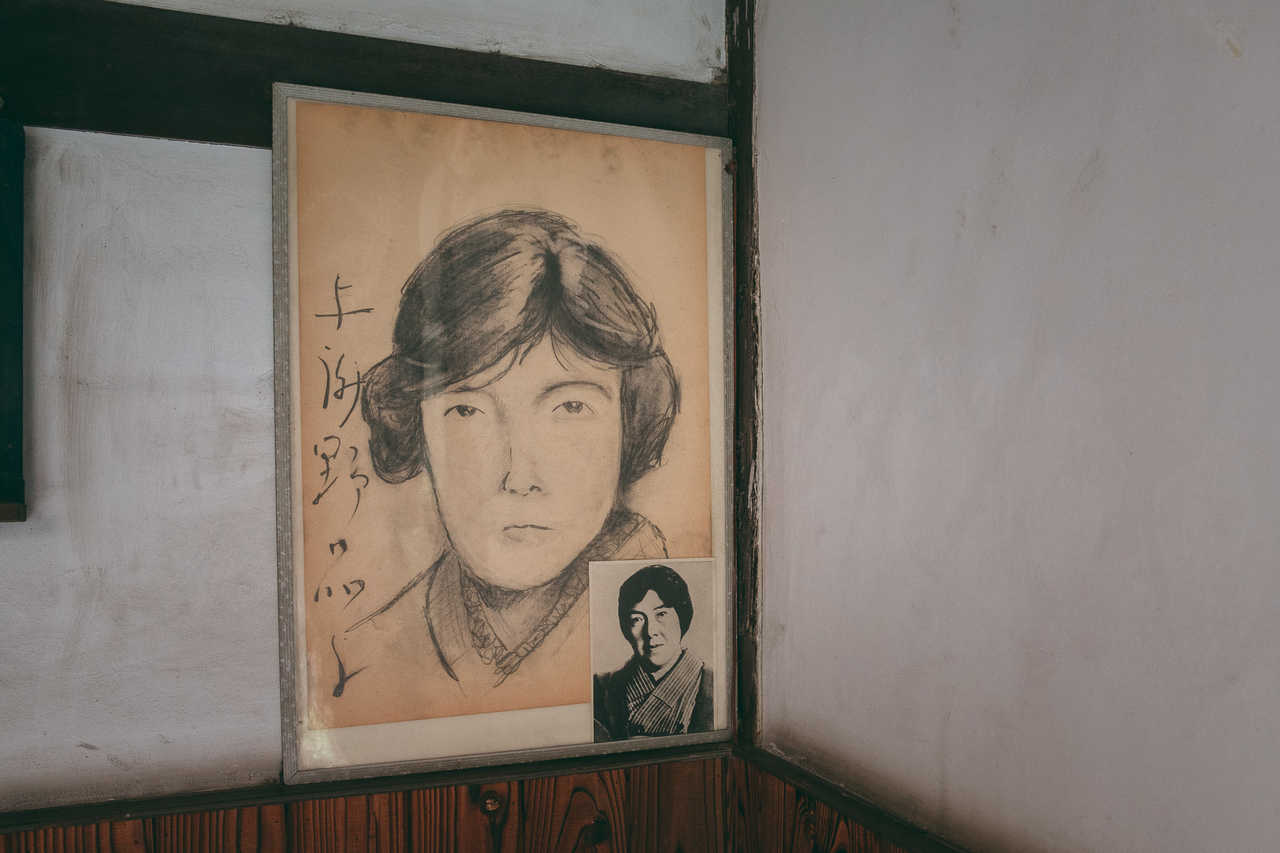 An important figure in 20th century Japanese literature, Akiko Yosano was born in Sakai, Osaka. Known for her poems and novels in which she presented a progressive view of the role of women in society, Akiko Yosano was one of the first Japanese feminists. Unfortunately, her untimely death due to a stroke was overshadowed by WW2 and she was largely forgotten by the general public after the war. Let’s follow the footsteps of this pioneer of Japanese feminism in her hometown of Sakai. 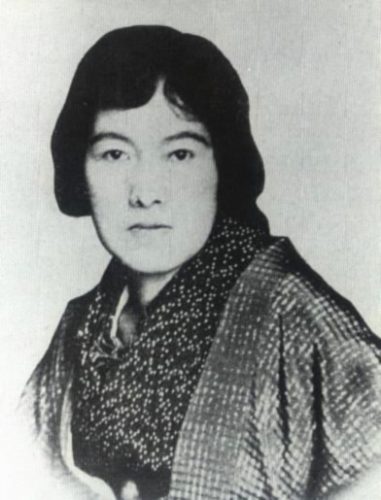 A museum memorializing the life of Akiko Yosano

The Sakai Plaza of Rikyu and Akiko is a museum documenting the lives of the two most important figures of Sakai City: Sen no Rikyu, master in the art of the tea ceremony, and Akiko Yosano. Born in 1878, she began to write while she was young and her first short poems were published when she was in her twenties. 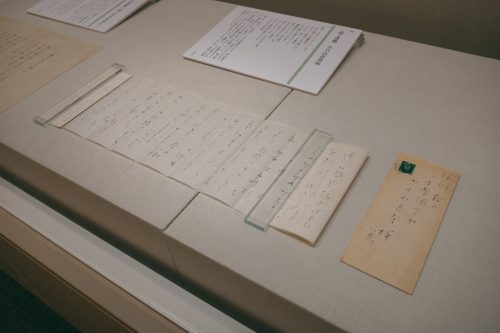 Some of her manuscripts are on display in the museum. If you are not fluent in Japanese, you might not make much of them, but the truth is most of the Japanese themselves have a hard time deciphering Akiko’s handwriting. But even without understanding their meaning, you can try to deduce the personality of the poetess in the beauty of her penmanship which flows with graceful embellishments. 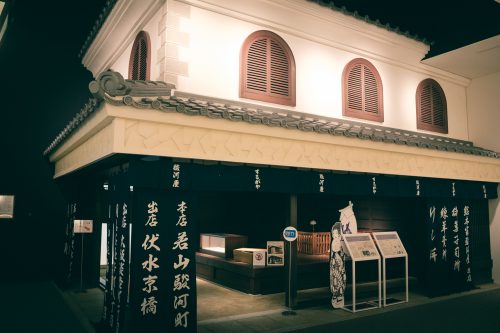 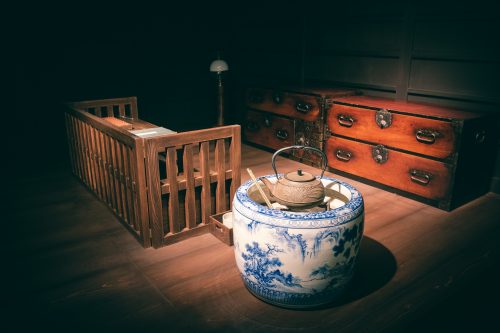 Akiko married another Japanese poet and had 2 children. But as her husband’s work became less popular, Akiko wrote prolifically and eventually her popularity eclipsed his, making her the primary provider for their family. The museum houses a reproduction of Akiko’s house and some of the rooms where she worked. 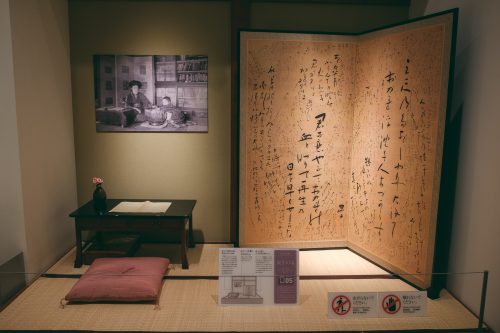 Akiko spent her life defending women’s rights. She defended the idea of a society where women can be financially independent and men invest in the education of children. During her youth she was also opposed to nationalist ideas and as a convinced pacifist, she wrote against the absurdity of war. In total she wrote more than 50,000 so-called tanka poems, a form of highly codified short poems that can be considered related to haiku.

In the footsteps of Akiko Yosano in Sakai

Akiko Yosano eventually moved to Tokyo, but she spent much of her life in Sakai. Aguchi Shrine is one of the places that influenced the work of Akiko. This ancient sanctuary, dedicated to the god of fertility, was founded in the third century. 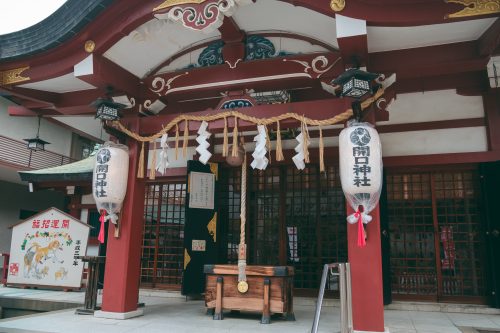 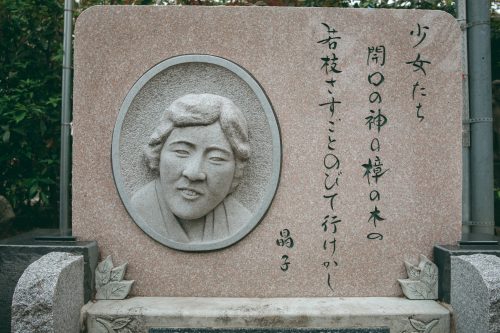 This sanctuary is believed to be the inspiration for the ever present romanticism in Akiko’s work. The shrine now pays tribute to her with a plaque installed in her honor. 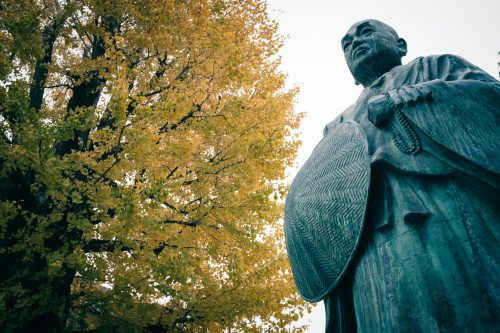 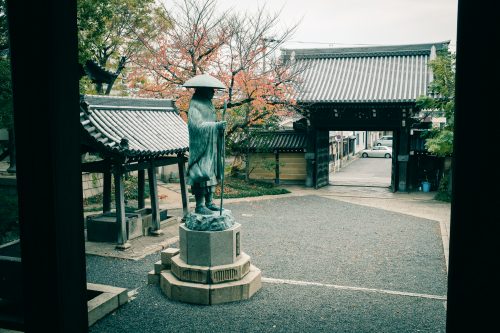 Hongwanji Sakai Betsuin Temple is another temple which inspired Akiko’s work. This temple was founded in the thirteenth century, and housed the offices of the prefecture of Sakai between 1871 and 1881. The hall of this temple inspired Akiko a poem which is today inscribed at the entrance of the temple:

“Since the genesis, we build diligently, a great edifice, and I also allow myself to give it a small gold nail.”

This is a poem that expresses the wish to leave behind a legacy of our time on earth. 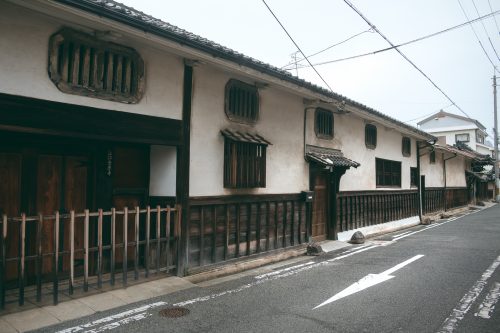 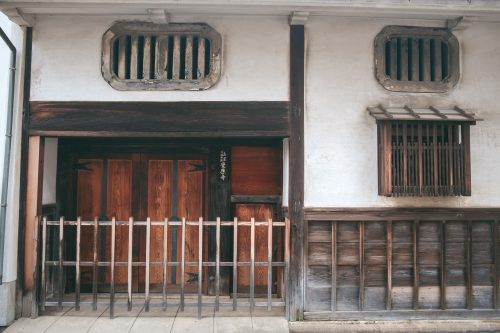 A few meters from Hongwanji Sakai Betsuin Temple is another important temple in the life of Akiko. This is Shochuzan Kakuoji Temple. The head monk of this temple at the time of Akiko’s youth was called Tetsunan Kono. Akiko befriended Tetsunan, who introduced her to Tekkan, a poet and publisher who later became Akiko’s husband. 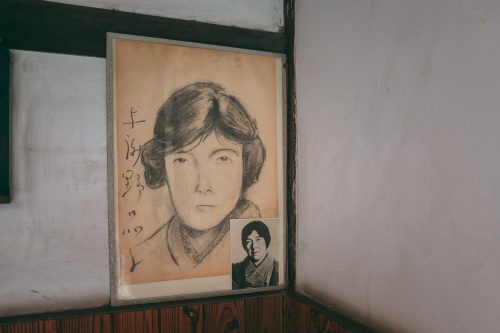 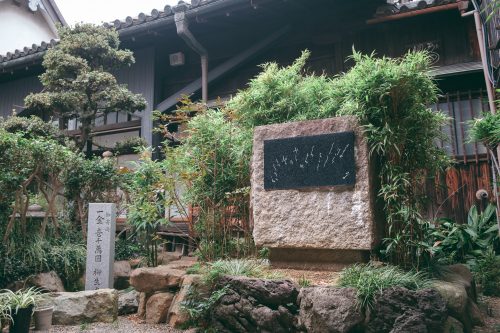 Every year on May 29, the temple holds a ceremony to celebrate the birthday of the poetess. Inside this small temple, there is now a monument dedicated to Akiko. On a plaque, one of her poems is proudly engraved:

“Twenty-year-old, proud of her hair floating under the comb, she is naturally beautiful in the spring of her life.”

This is a poem that came to challenge all the principles of Japanese society of the time, when women were expected to be modest and their only goal was to become a wife. Akiko describes a woman who is free and proud, ready to take on the world. 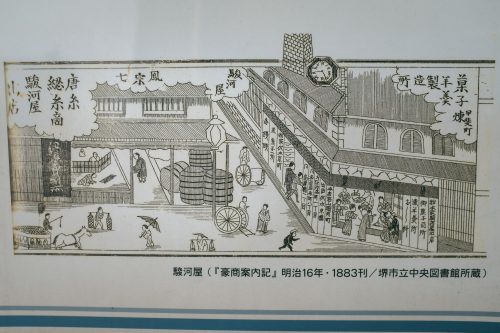 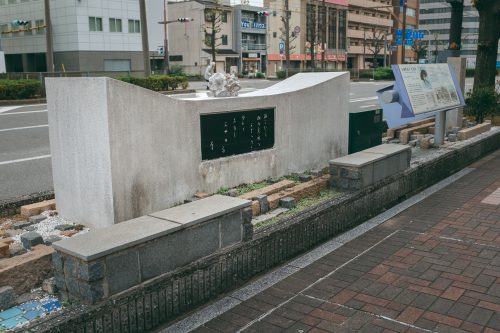 Finally we visit the site where Akiko’s house once was but there is nothing left today. Her home was the victim of the urbanization of Sakai; a road today runs through where Akiko lived. But a memorial was installed along the road and the reproduction of a drawing gives us a glimpse of what the neighborhood looked like at the end of the 19th century.