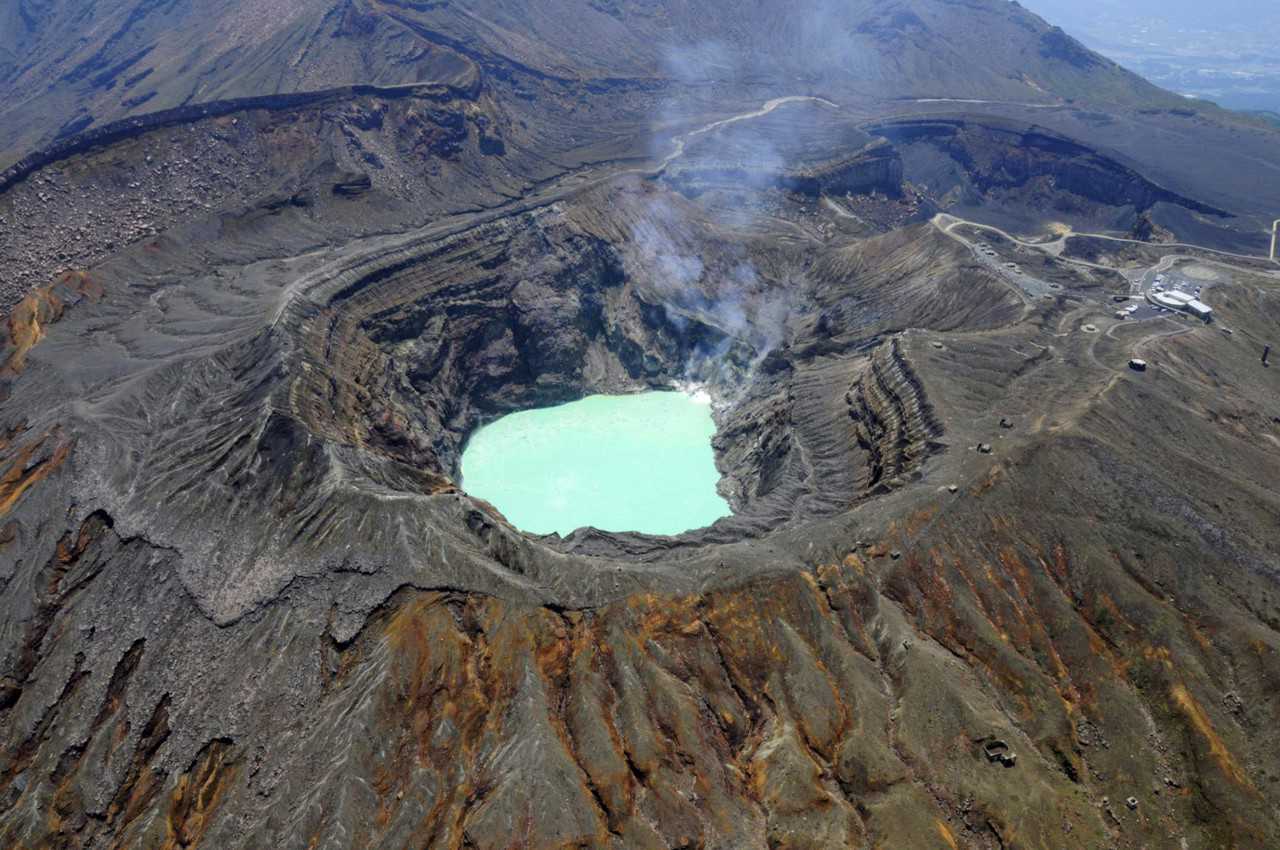 The region of Aso in Kyushu, Japan, only recently became an UNESCO World Geo Park in September 2014. As the world’s largest caldera, being a crater caused by mass ejection, it was formed by four large eruptions between the 270,000 years ago to 9 million years ago. Nowadays the caldera covers over 23,000 hectares with seemingly endless green meadows and forests. Surprisingly perhaps you will also find farmlands, farms, railway and roads as about 60,000 people inhabit the area even though Aso is in fact an active volcano. The beautiful scenery of Aso, however, catches the hearts of many people and has had a long history of coexistance between the volcano and people. 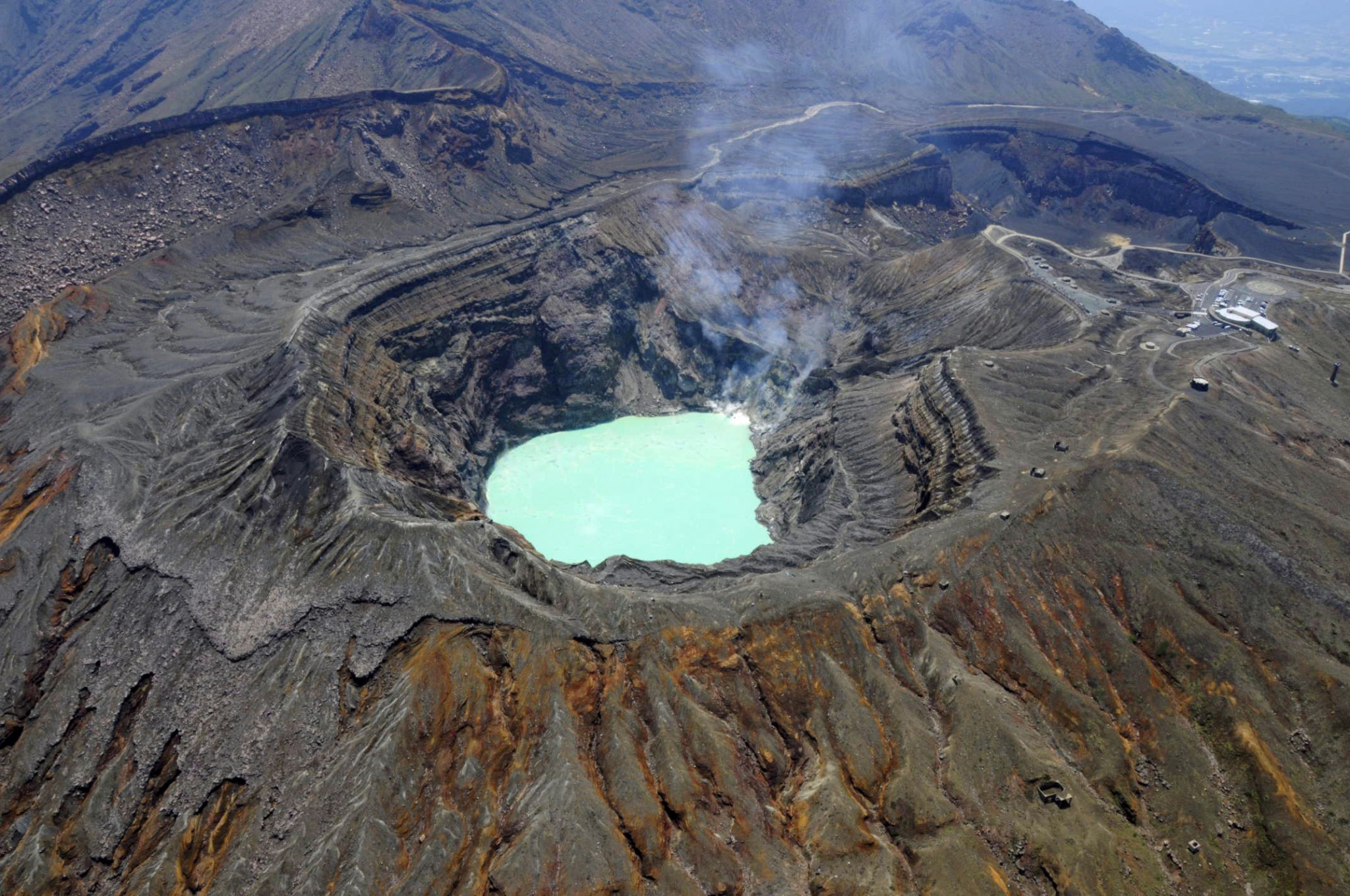 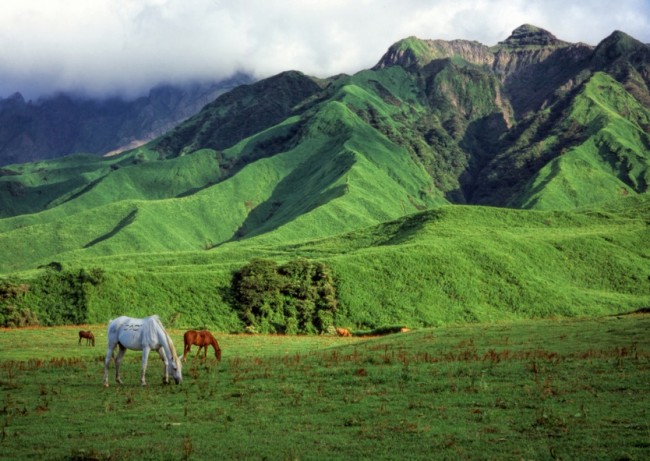 Komezuka
One of the craters is known as Komezuka, from early summer to autumn fall it is covered with grass and has a beautiful green appearance. 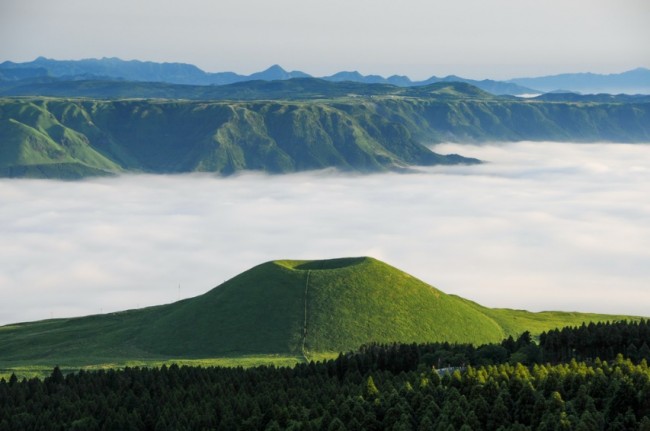 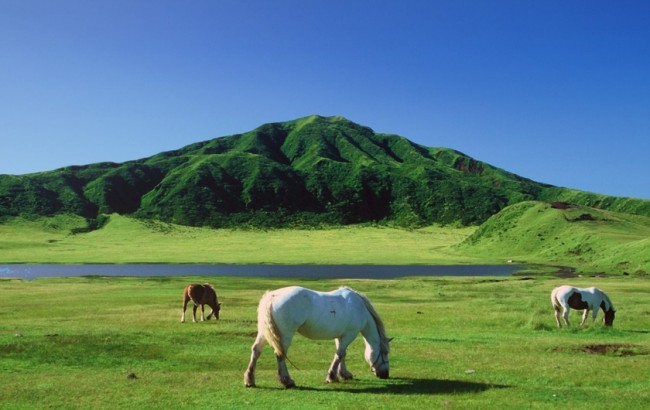 At Senrigahama, close to the center of Aso, you can see as far as 1 km around and witness the vastness of the old crater. As an iconic picture of Aso, horses can be seen grazing and you can even enjoy a horse riding experience through the grasslands yourselves or roam through the large lake area. The nearby Kusasenrigahama is especially beautiful from May to June when the Azalea named `Miyama Kirishima` come to bloom. 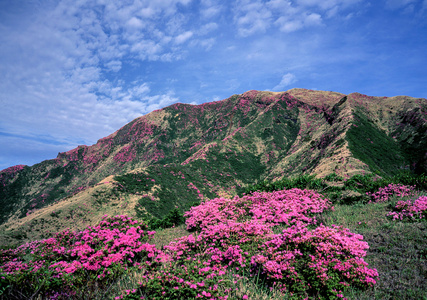 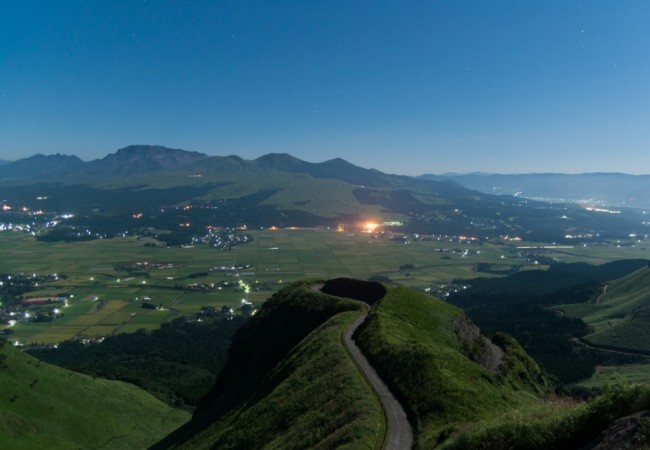 Following the road of Laputa, named after the scene from the film “Castle in the Laputa (Sky)” due to its scenic resemblance in the chilly early morning when Aso seems to become a sea of clouds!, you can get a perfect view over entire Aso. The road is therefore becoming especially popular amongst motorcycle and bicycle riders. 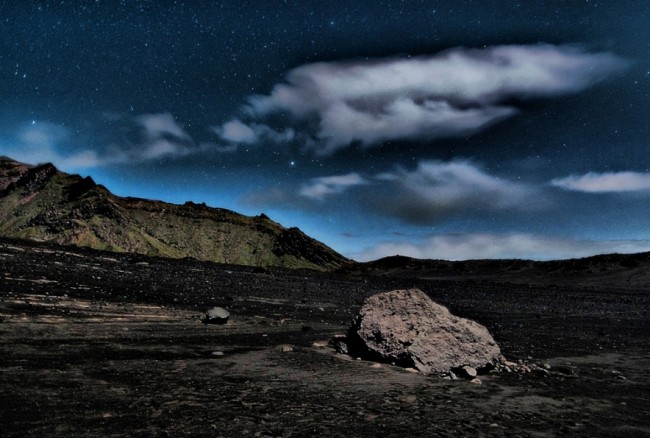 In contrast to the lush Kusasenrigahama, this crater is a black sandy beach covered with volcanic ash providing a mythical atmosphere where you seem to be walking in a black desert. Volcanic activity is frequent in the area though, so please check for the latest information here before heading out. 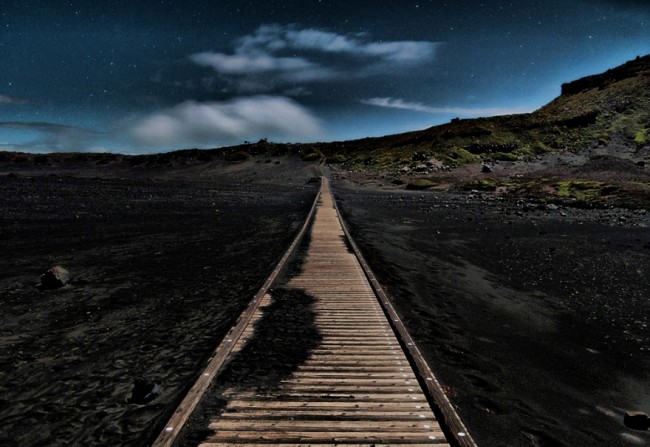 Where is the Mount Aso?

Aso is located in Kyushu, in the central part of, Kumamoto Prefecture to be specific. Kumamoto is convenient to access not only from Tokyo but also from any major city in Asia.

Further information
On the official website of Kumamoto Prefecture, where Mount Aso is located, offers a lot of tourist information in English. By all means, while planning the Japan trip come visit Aso, Kumamoto, but if you are still in doubt no worries because we will introduce a lot of Aso attractions here on VOYAPON soon.