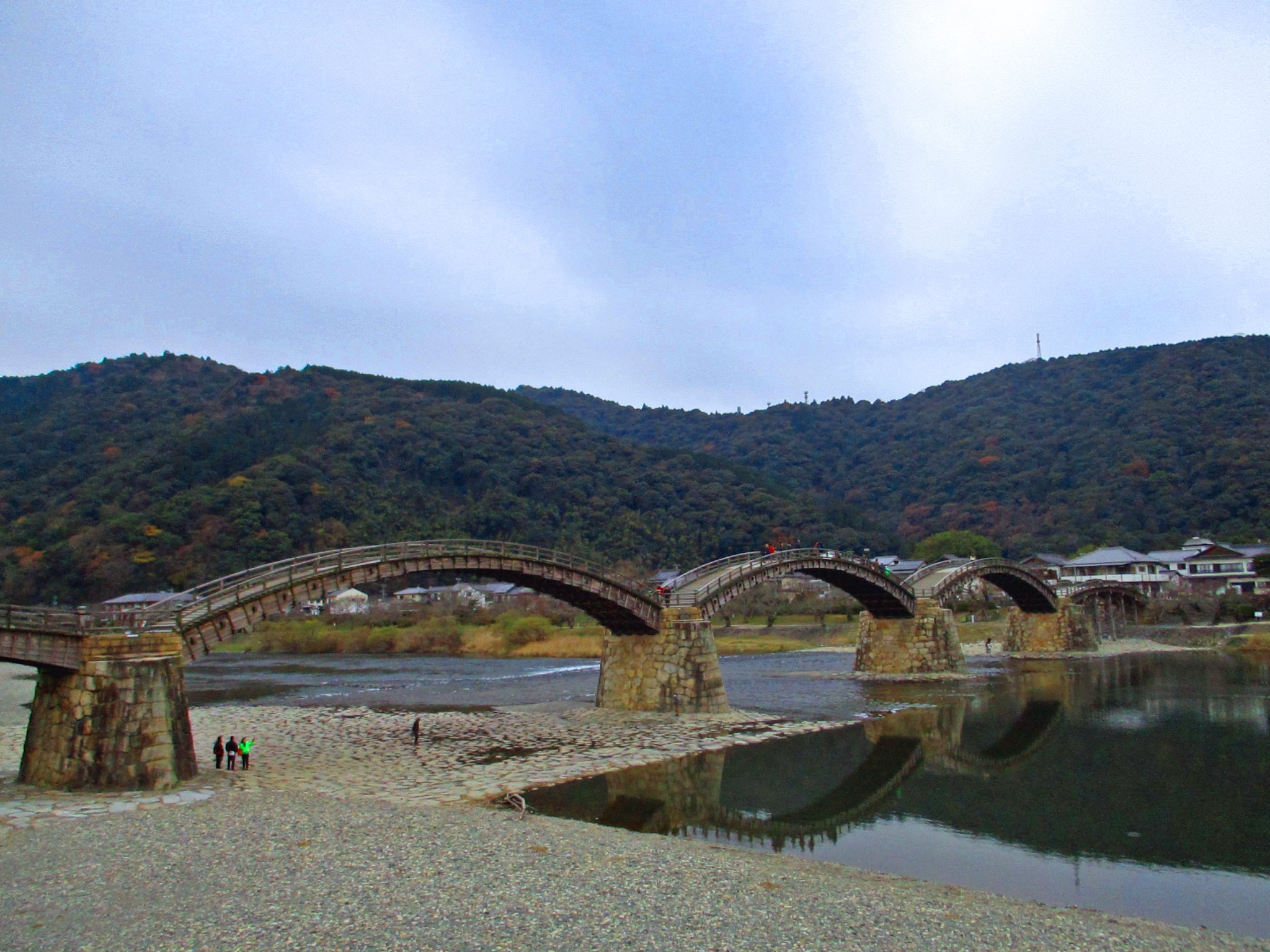 Iwakuni is a city located at Yamaguchi Prefecture. My friends and I went to Iwakuni when we had five-day trip to Hiroshima. It takes only a short trip from Hiroshima by JR local train. That is the reason why Iwakuni is famous among tourists visiting Hiroshima. If you already visited Miyajima and Peace Memorial Park, but you still have a day left to travel, you had better go to Iwakuni.

What to see in Iwakuni?

The most popular landmarks of Iwakuni probably are Kintai Bridge (kintaikyō) and Iwakuni Castle (Iwakuni-jō), which stands at the top of a hill near Kintai Bridge.

Spanning the Nishiki river, Kintai Bridge is considered the symbol of Iwakuni. It’s one of Japan’s three famous bridges (Nihon-sanmei-bashi), alongside with Megane Bridge in Nagasaki and Nihonbashi in Tokyo. The amazing thing about the bridge might be the fact that it was completely built of wood without the use of any nails! 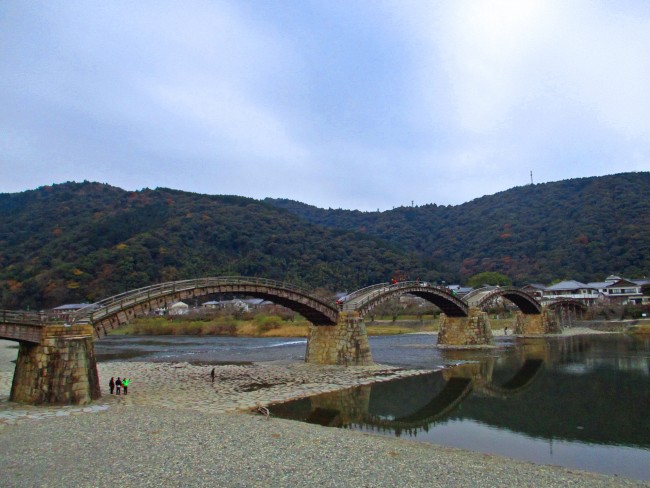 Crossing the bridge, before getting to the ropeway station at Iwakuni Castle, you’ll pass by Kikko Park, the site of feudal lord Kikkawa’s residence back then. The first feudal lord of Iwakuni Domain, Kikkawa Hiroie, was the one who initiated the construction of Iwakuni Castle and the wooden bridge on Nishiki river. However, the bridge he built was always destroyed by flood. The current iconic Kintai Bridge was built under the instruction of the third feudal lord, Kikkawa Hiroyoshi. 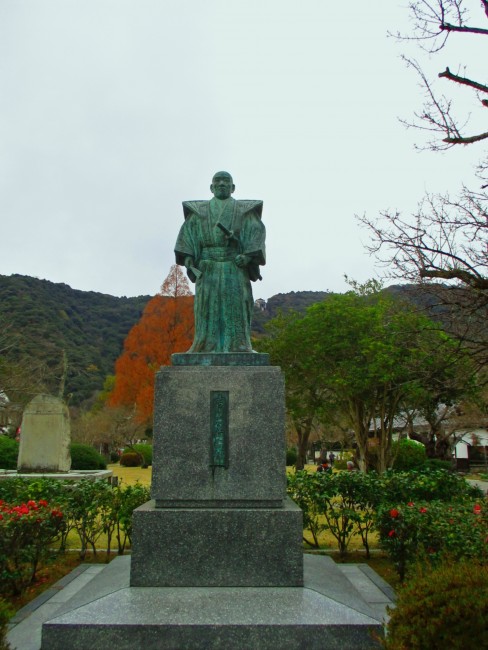 Kikko Park is a favorite spot to view cherry blossoms, but it’s too bad I went there in winter.

Iwakuni Castle was built in 1601 and finished in 1608. However, due to “One Castle per Province” policy issued by the Tokugawa Shogunate, it was dismantled in 1615. The current castle is a replica which was reconstructed in 1962. 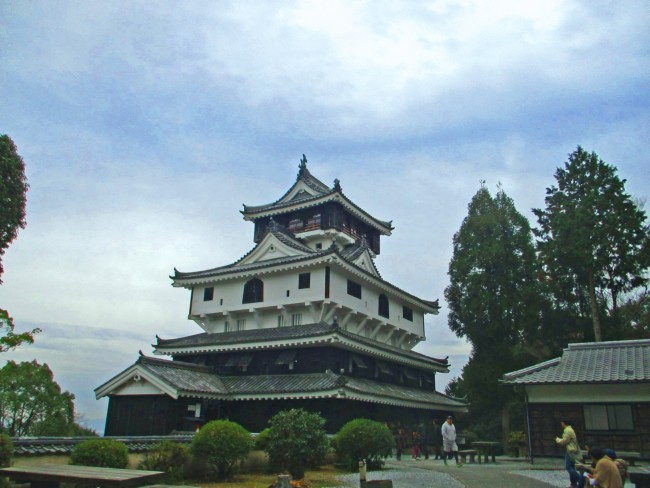 The castle now mainly serves as exhibition hall in which historical samurai stuffs are kept. However, most of the information regarding the historical stuffs are in Japanese. So if you can’t read kanji, you’ll end up wondering the history behind this cool katana. 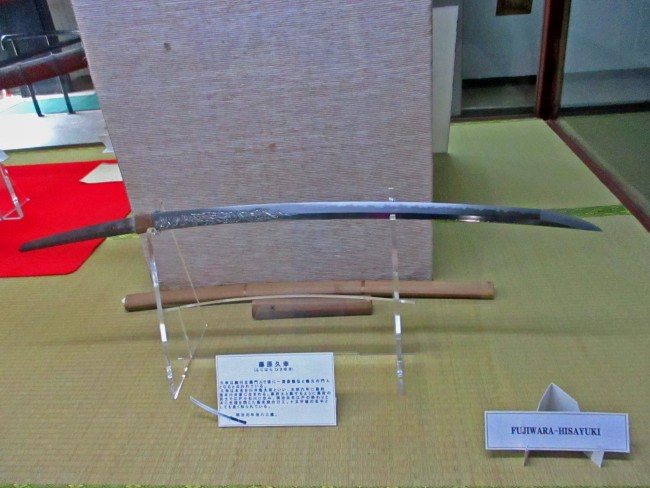 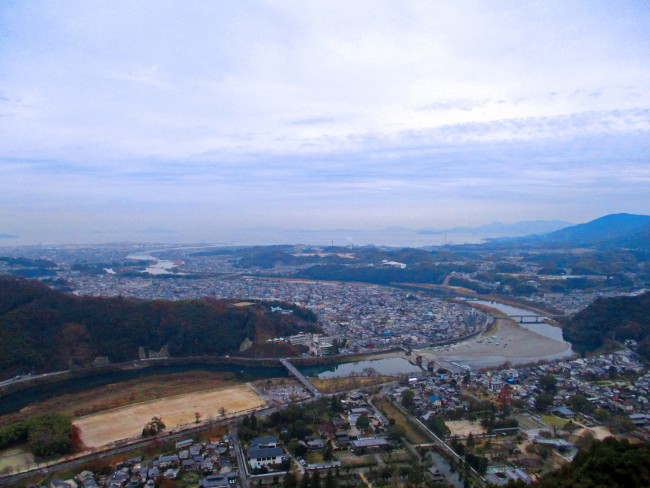 How to Get There and Around

From Hiroshima Station, you can ride JR San-yo Line and get off at Iwakuni Station. There are buses that travel from Iwakuni Station to Kintai-kyo bus stop every 5-15 minutes. The trip takes around 20 minutes and costs 250 yen.

Tips: You had better have exact amount of money to pay the bus fare. If you only have a 1000 yen bill, you need to exchange it into coins, then put them inside the fare box. It takes a little bit more time. Just in case it’s not your lucky day, you might meet a grumpy bus driver who would scold you because you made other people wait! (It did happen to me)