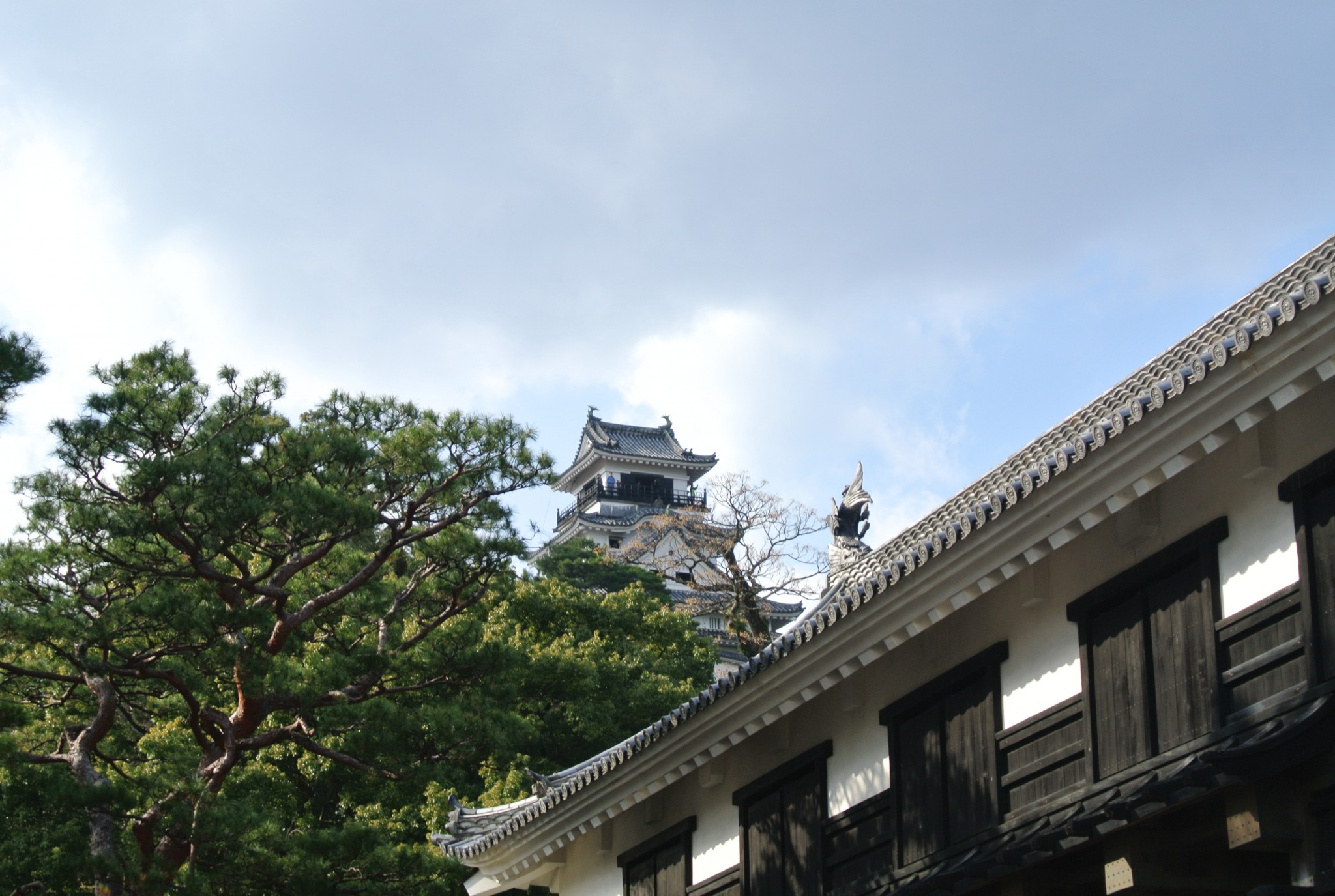 Originally built in 1601, Kochi Castle has a long history as it sits peacefully atop Otakasa Hill as the main attraction of Kochi city, on the southern island of Shikoku. A perfect meander away from the bustling Sunday market at the end of Otesuji, Kochi Castle is easily accessible by bus, tram or foot. 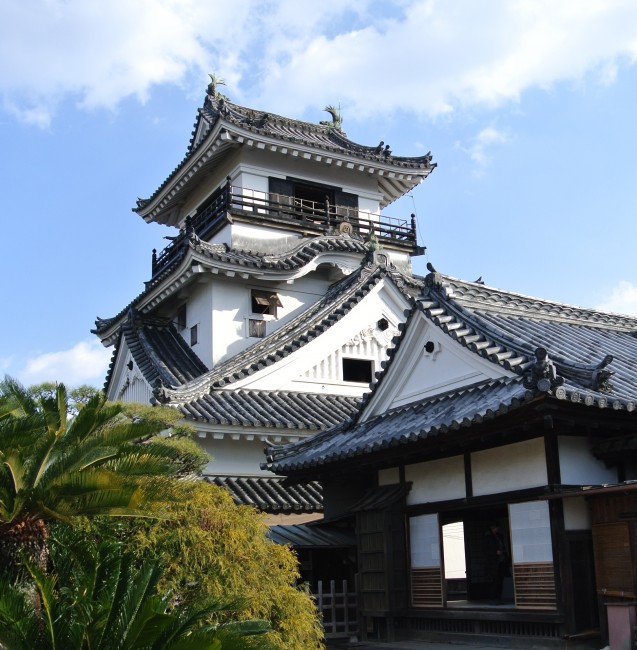 Scrambling up the stone steps, you come to a large stone wall made in the uchikomi-hagi style, a method of construction using both large and small stones jigsawed together creating a mish-mash yet beautiful effect. One might call it wabi-sabi. 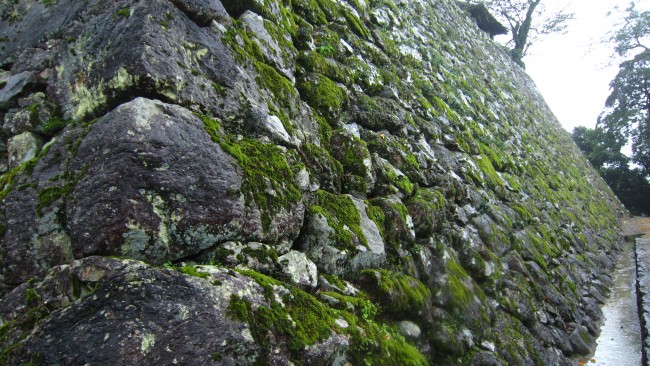 Its stonework is just one of the features which make Kochi Castle quite special. As with many castles in Japanese history, large wooden structures and ancient heating systems did not mix well and the castle was unfortunately struck by fire in 1727. However, the main gate was spared and still stands as part of the original castle. 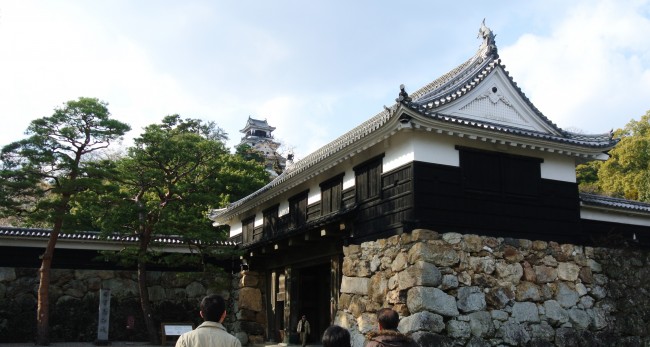 Restoration took place between 1748-1753 and the entire structure has survived since then, luckily avoiding the fires and wars of the post-feudal era and World War II. In fact, it is the only one of Japan’s 12 remaining castles to have retained both its original honmaru or inner keep and its palace, where the feudal lord Yamauchi resided.

In those days, it was rare for feudal lords to actually live in their castles, being constantly away at war or called to the capital, but Yamauchi Kazutoyo and his wife, Chiyo were exceptional in more ways than one. After losing his father to war at 13, Kazutoyo rose through the ranks and stood out in battle following an anecdote in which he managed to defeat his opponent, even after his face was pierced by an arrow. He was made lord over the region then known as Tosa and commenced work on Kochi Castle. A very fantastic tale from history. 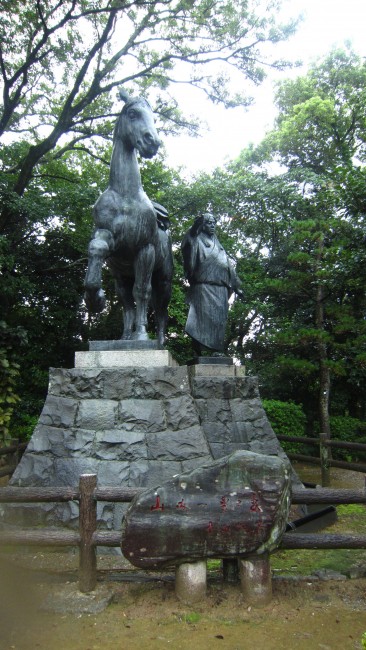 Kazutoyo’s success was mainly thanks to his shrewd and loyal wife Yamauchi Chiyo, who secured his promotion by spending all her money on a magnificent thoroughbred horse for him to impress his superiors. When they were separated during the war, Chiyo also risked her life to provide her husband with secret information. You can find her statue among the lush greenery of the estate, a result of Shikoku’s tropical climate. 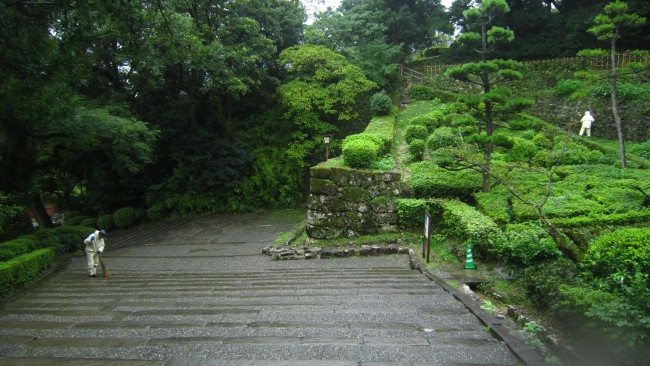 On entering the castle, you’ll be requested to remove your shoes and don slippers to preserve the wooden interior. Passing through the genkan (entrance) and into the tearoom, you can behold the original tatami straw mat flooring of the Edo period. Another eight traditional rooms and the surrounding veranda make up the lower quarters, a history museum occupies the upper levels with information in Japanese and mini-models depicting the castle in earlier times. 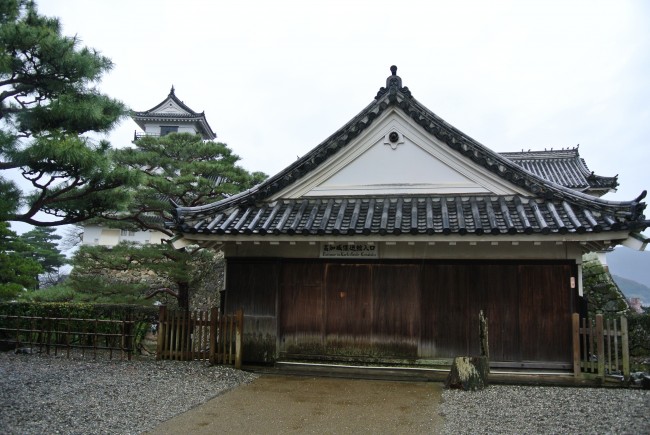 The summit of this three level, six story building boasts impressive views of the downtown Kochi. You can also see the quaint gardens dotted with cherry and ume plum trees, popular among locals for springtime hanami picnics. 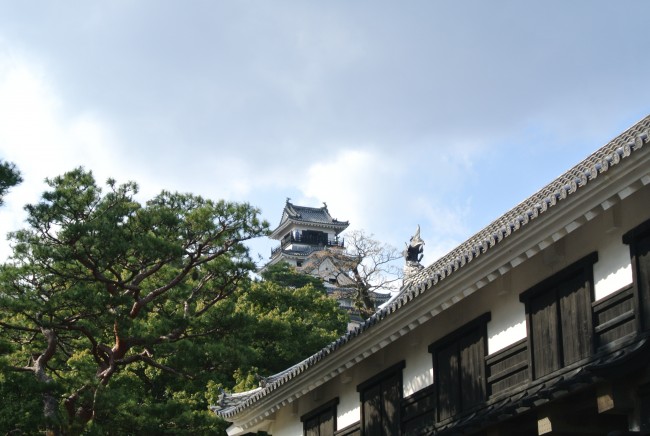 With its intriguing history, outstanding original feautures and tranquil ambiance, Kochi Castle is certainly not one to be missed. Make the most of a slow afternoon here, basking in the quiet majesty of this rare jewel of Shikoku.