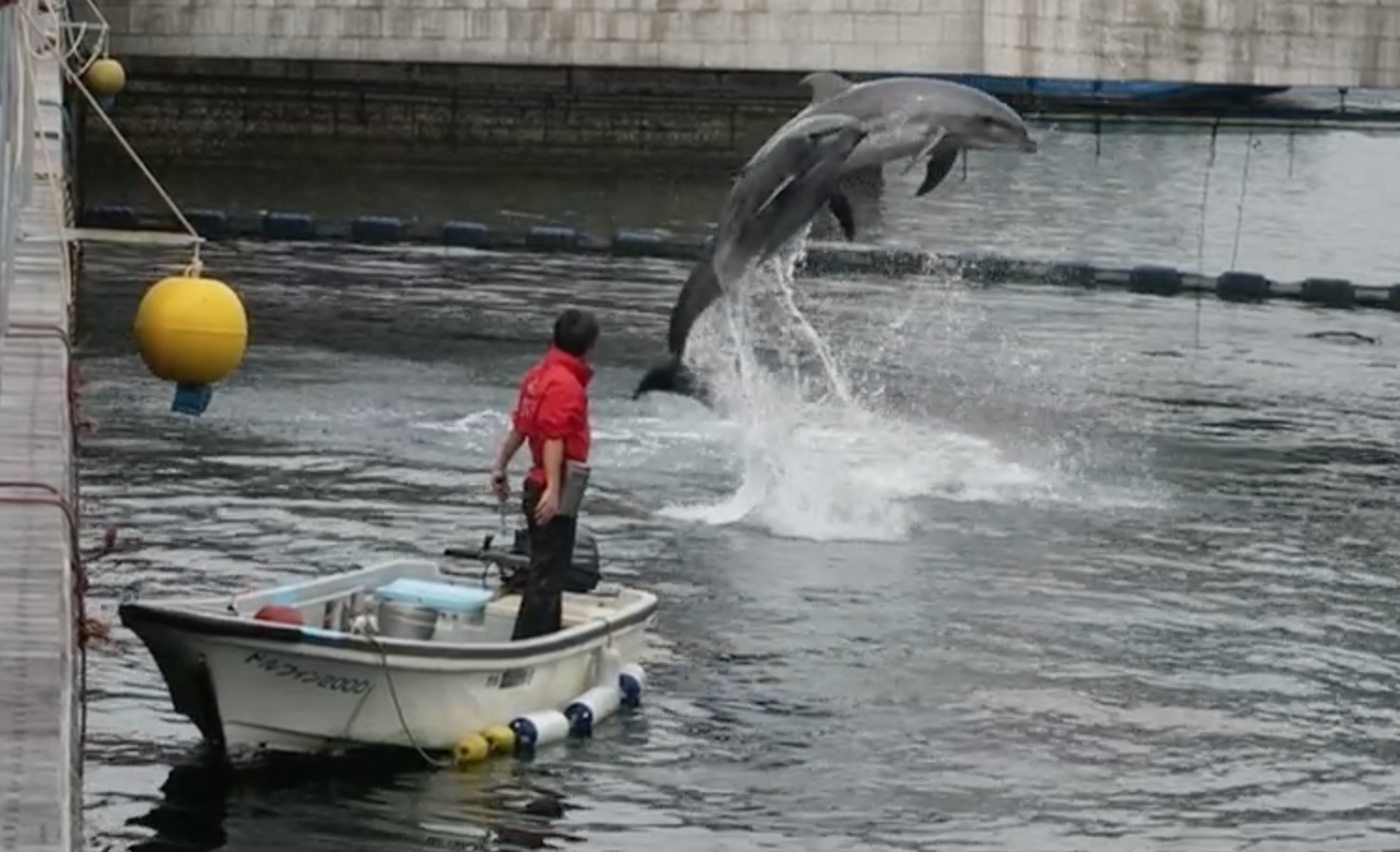 Dolphin Port, a free and spectacular show in Kagoshima

Despite the somewhat obvious hints around Kagoshima’s Dolphin Port that there would be dolphins in the area, I did not expect to actually see any. But not only did I see dolphins, they were also leaping through the air. 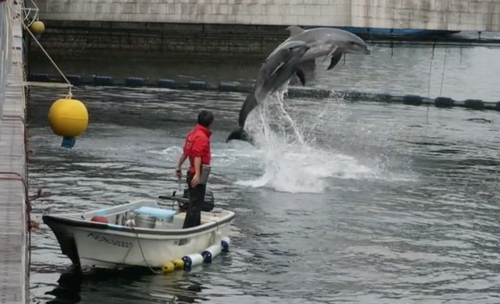 As I was exploring the area by Dolphin Port’s waterfront, I came across a crowd of people surrounding the river. They were making all the kinds of ooh and ahh sounds that makes passersby intrigued. When I peered over, I was greeted by two grinning dolphins in mid-flight.

I simply stood there watching, mouthing “what???” under my breath, which involuntarily increased in volume the more I watched. Their beauty was breathtaking, but what they did was almost unbelievable. 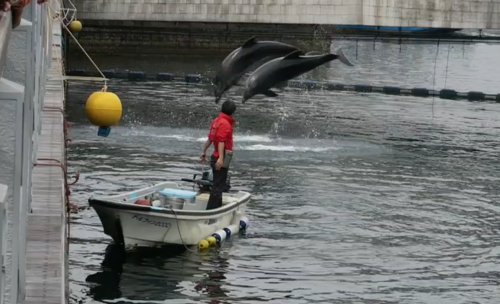 The dolphin trainer was in a boat, making various arm gestures or certain sounds to instruct the two dolphins. Every so often the dolphins would disappear into the water before bounding into the sky, sending water spraying in every direction. The height they achieve is impressive enough, but couple this with the almost complete unison that the two dolphins achieved, and it may have you rubbing your eyes in disbelief. 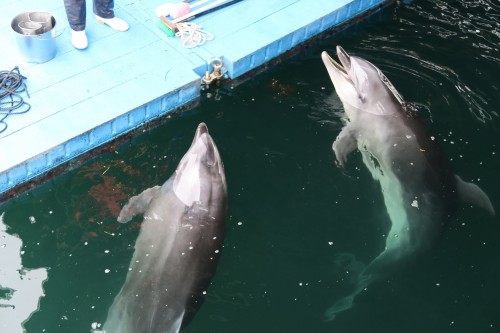 Not only was the performance incredible, but it was also accompanied by a wealth of dolphin information (in Japanese). You can get so close to these magnificent creatures that you can even see their individual teeth. Without a doubt, this makes for some amazing pictures.

If you’re interested in marine life, the river is also bordered with signs showcasing the uniqueness of the ocean surrounding Kagoshima and Sakurajima. The volcanic rock makes for a unique underwater environment, reportedly with more species of marine life than any other marine ecosystem in the world. 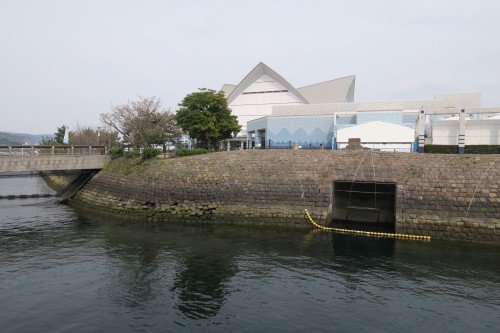 This event is run by Kagoshima City Aquarium and is free of charge since it’s outside its grounds. The dolphin show does not have a regular time, so it’s best to ask at the aquarium on the day you’d like to see the dolphins. Alternatively, you could visit the aquarium and see an even wider array of sea life. 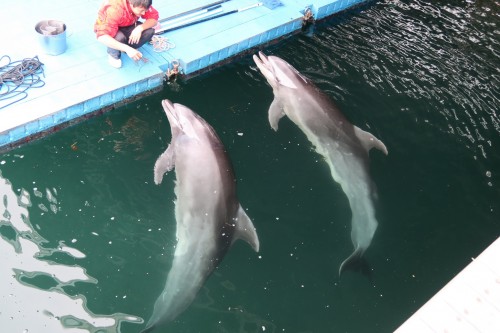 Seeing the dolphins was definitely one of the most joyfully surprising experiences of my trip. I had never seen dolphins so close before, and it made me appreciate how large and powerful they really are. If it weren’t for their smiling expressions, they’d probably be quite terrifying.

If you’re near Kagoshima City Aquarium, have a look for the dolphins that sometimes swim outside the aquarium. If you’re lucky, you might catch a show. 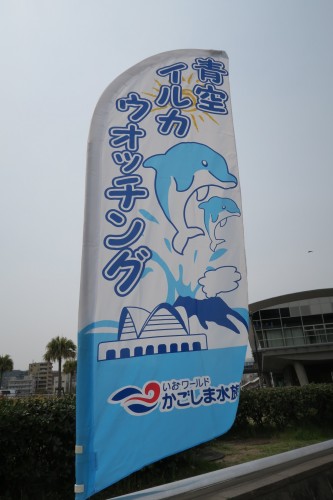