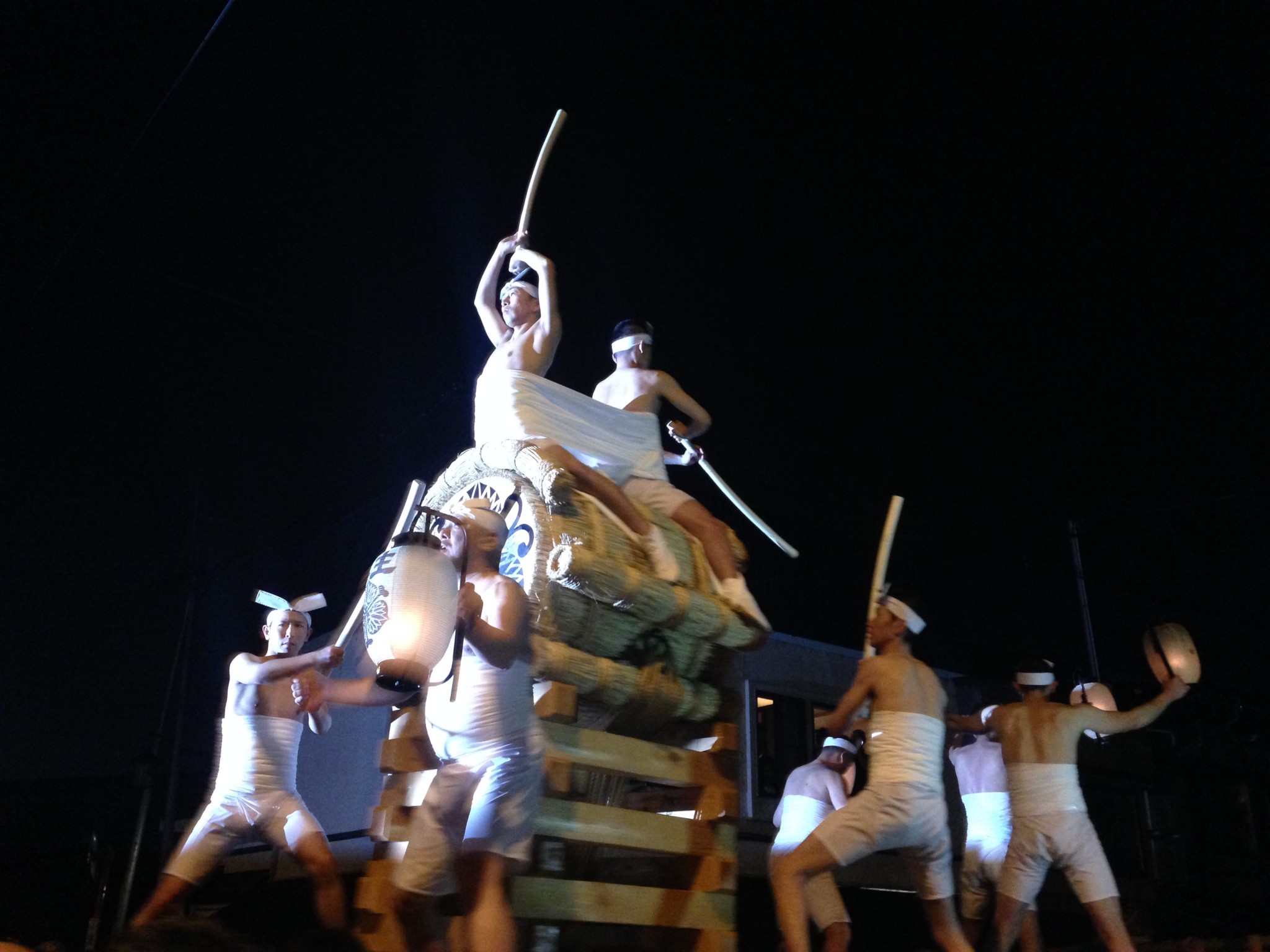 [The Hida Furukawa festival will be held on a smaller scale in 2020.] 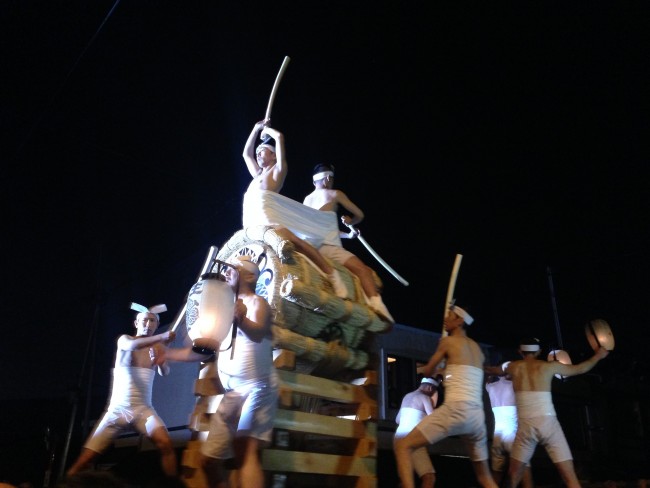 With heritage at the crossroads of east and west Japan, the town of Hida Furukawa vibrantly celebrates both stillness and motion. Hida Furukawa Festival is held annually on April 19 and 20 in a small town of the same name. Even though its popularity and fame pales in comparison to the nearby Takayama Festival, the two festivals share a lot of similarities given their proximity in location. In a sense, Hida Furukawa Festival has even more to offer, and locals seem to take pride in their reluctance to make the festival overly touristy.

The Stillness of Daylight: Furukawa’s Floats

Furukawa Festival distinguishes itself by combining both “stillness” and “motion” in a single festival. During the day, a total of nine gorgeous festival floats (yatai) representing stillness of the festival, emerge from their storehouses (kura), and are put on display and paraded around the town. With Hida Fukurawa situated in central Japan, the floats draws structural inspiration and technique from Edo to the east (Tokyo) and from Kyoto to its west in the textiles, lacquer works and karakuri doll (Japanese marionette) performances. 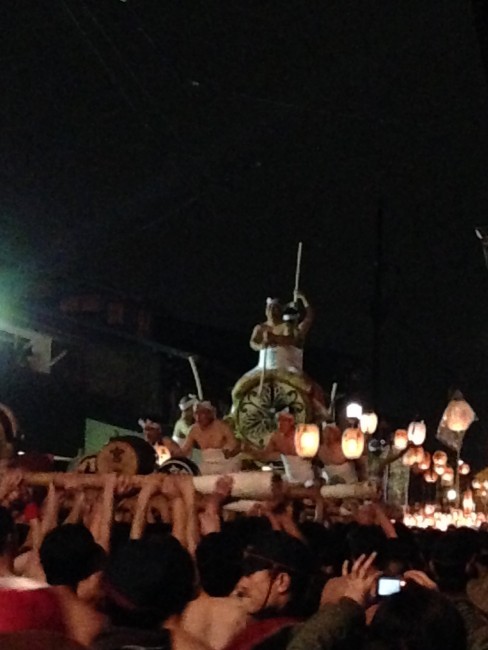 Ketawakamiya shrine is the central dedication of the Hida Furukawa Festival, and you may notice that there are hardly any tall buildings in the area close to the station. In fact, there is a tacit understanding among the residents that they will avoid building any structures taller than the float storehouses. This is to avoid the floats crashing into the buildings when they move during the festival. This choice speaks volumes about the festival’s significance for the local residents. Do remember to look out for the Byakko Tai (white tiger) float if you want to see children in full makeup and costumes performing kabuki.

The town, which remains relatively restrained and quiet during the day, begins to shift towards a more exciting mood as the sun sets. Naked men with cloth wrapped around part of their upper body and loin can be spotted here and there, some huddling near the bon fire to keep warm. In this region, which is more than 400 meters above sea level, temperature in mid-April usually drops to single digits at night. A few years ago, it even snowed during the festival! Though chilly, all are waiting to participate in “Okoshi Taiko”, which represents “motion” in the Hida Furukawa Festival.

Okoshi Taiko, which literally means awakening drums, is widely regarded as the climax of the festival. Legend has it that it originates from the custom of beating drums in the small hours to awaken people for the festival in the morning. Every year, a lucky draw will determine the town block to be charged with manning the main drum. Furthermore,  two persons within the group will be chosen to beat the big drum – a position of the highest honor in the festival. Impressively, every year, the drum beater shreds the willow wood to tailor-make himself a drumstick just for the occasion. 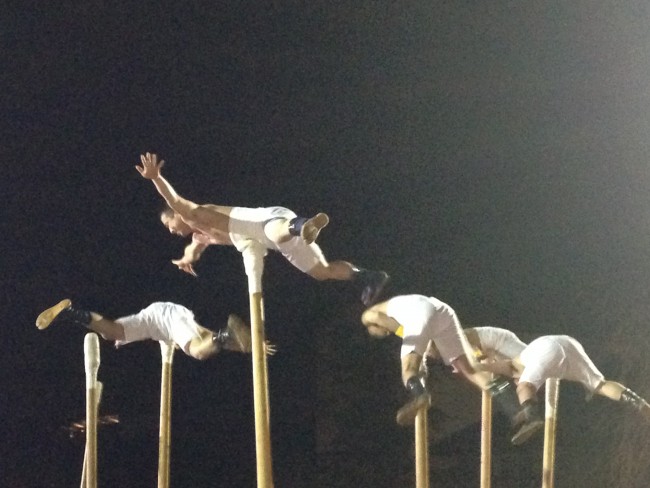 Before the major attraction begins in Furukawa Festival, you will see naked men taking turns to climb up a small drum tower (tsuke daiko), chanting yossha yossha. It serves to test their courage, and also to mentally prepare them for the long and physically demanding night ahead. During the parade, a few hundred men march the streets carrying a wooden tower. Sitting on top of the tower are two men who beat the main drum with their own drumsticks. Men from other blocks, armed with small drums, will wait at various corners of the street for the drum procession to arrive.  They will then launch a sudden “attack” by trying to push their small drums as close to the main drum as possible. The closer they get, the bigger the honor and the more luck they will enjoy throughout the year.

Furukawa Festival comes down to a battle of attack and defense with all participants in high spirits, trying their best to gain honor for their own group. The battle will go on for the whole night with some rests in between. For spectators, it can be both tiring and exciting having to chase after the main drum, navigate through the crowds, and also spot the street corner with upcoming “clashes.” As exciting as the event is, just be careful to make way for the drum procession to pass, and do not get too close to the “clashes.” Take good care of the elderly and children as well. 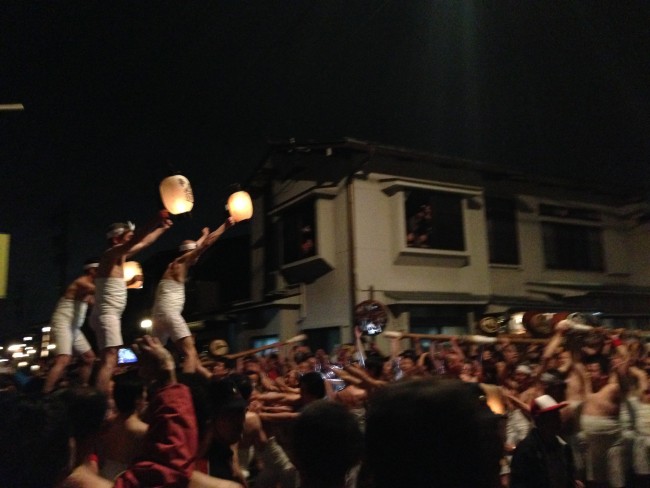 “Clashes” between the drum procession and blocks armed with small drums.

There are special trains or buses running between Hida Furukawa and Takayama till very late at night, so you can enjoy the festival fully at your own pace.

Hida-Furukawa Festival will take place on April 19th and 20th this year.