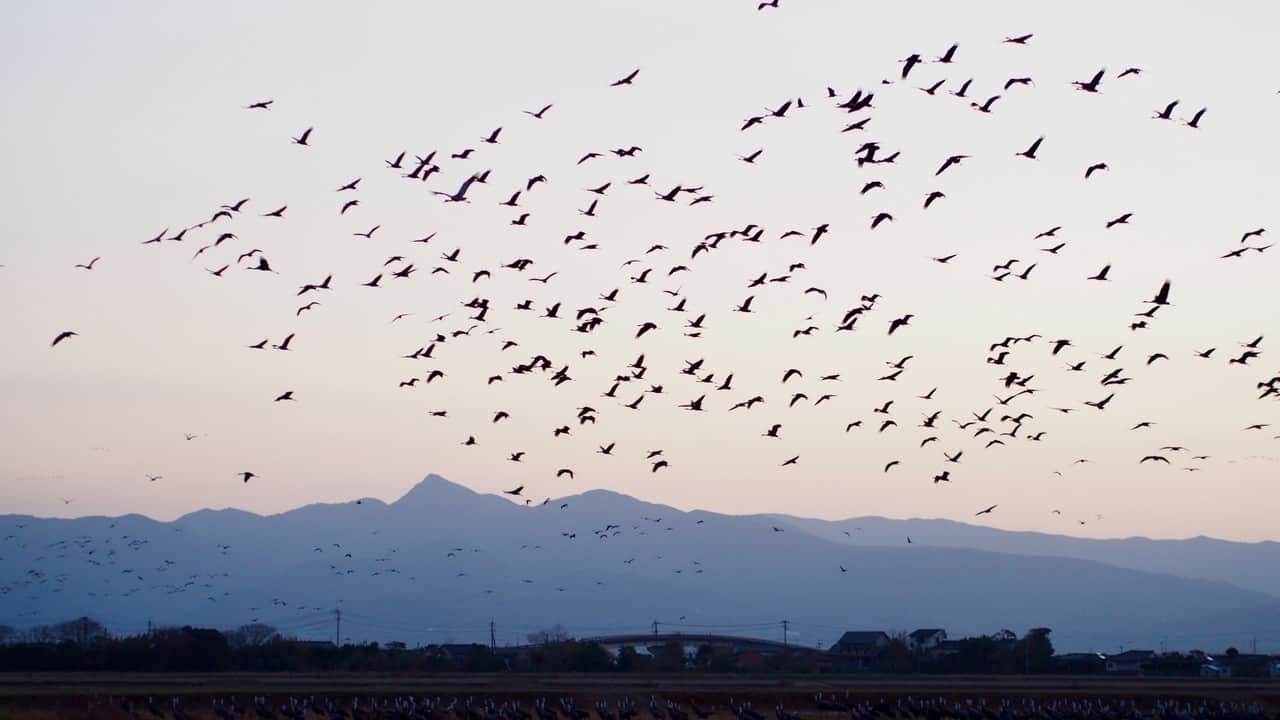 The Beauty of Thousands of Cranes in Izumi, Kagoshima

The Legacy of Japanese Tsuru

In Japan, the crane (tsuru in Japanese) is more than an animal, it is an important symbol in Japanese culture. Regularly used in Japanese tradition, it is a symbol of longevity and good fortune. It is often found in patterns on kimono, washi paper, and carved into decorations on temples, but especially in the form of origami, paper folding. The belief holds that anyone who folds 1000 origami cranes will see his wish fulfilled. 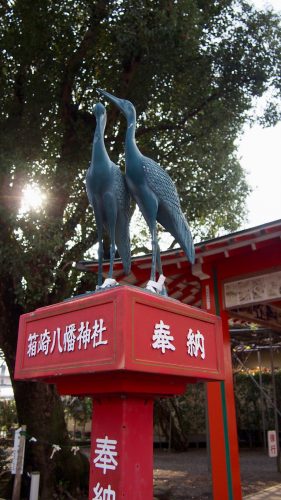 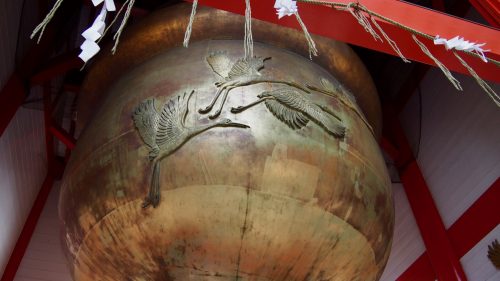 In Izumi city in Kagoshima Prefecture, this migratory bird is a celebrity. It is found everywhere, as statues at the train station, in the main Shinto shrine, it is even the emblem of the city. And for good reason: it is in Izumi that the cranes congregate during the four winter months before starting their migration in early spring to Siberia. It is only in this small town in southwest Kyushu that we can admire the sheer numbers of this migratory bird. During a winter stay in Japan, it would be a shame to miss the opportunity to observe these beautiful birds.

Observe the cranes at Izumi

Every fall, between 10,000 and 12,000 cranes from Siberia and China migrate south the city of Izumi. From mid-October to the end of March, it is possible to observe them from Izumi City Crane Observation Center. Since 1921, the site is classified as a “National Natural Treasure” by the Natural Treasure Conservation Act.

In Izumi, 7 kinds of cranes can be observed:

The observation center is composed of two floors: the first floor is a café and a shop, while the second contains a small exhibition in Japanese. A staircase leads to the rooftop terrace where you can admire the beautiful view of the rice fields and observe the cranes.

Because cranes are sensitive birds, it is necessary to take precautions to protect them from human observers:

During my stay in Izumi, I had the opportunity to observe the cranes from the small road that runs along the border of the observation area. On the advice of the local residents, I went at dawn, before the opening of the observation center. It was dark and cool, so it was necessary to dress warmly! We parked at the fence that protect the viewing area and we were able to witness a great show of nature: the flight of hundreds of cranes against the background of the sunrise. 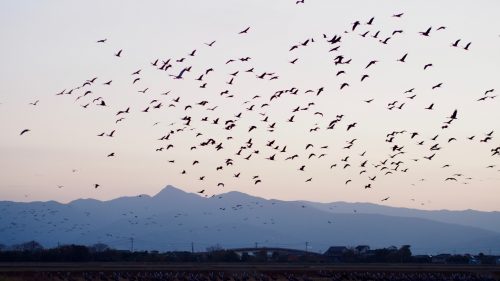 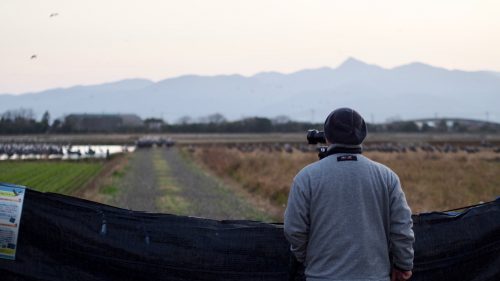 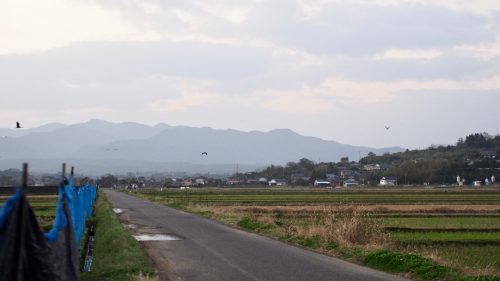 When we arrived, the cranes were all  resting in the middle of fields and rice fields. Once the first rays of the dawn appeared, they began to take flight in large groups, calling loudly to each other. It was an impressive show! 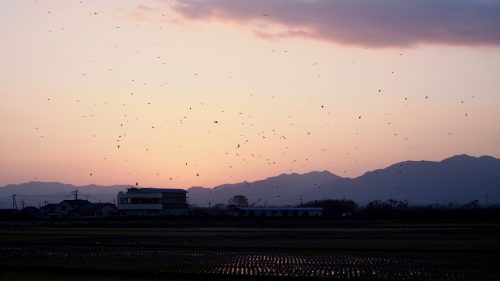 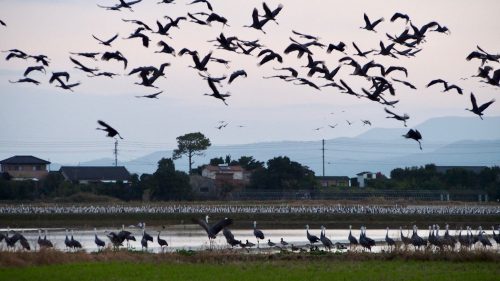 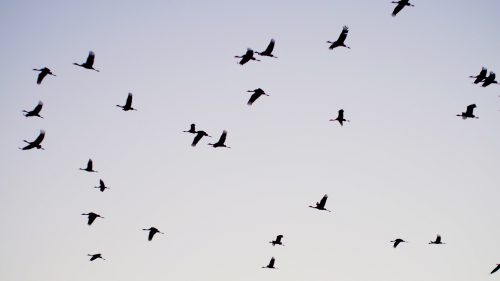 After watching the flight of the cranes, we drove to the coast, taking the small roads through some fields. Some of the cranes had landed in the fields, which allowed us to observe them at a closer distance. 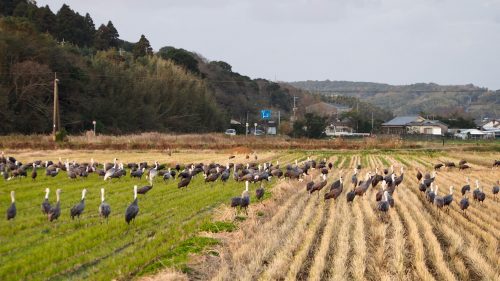 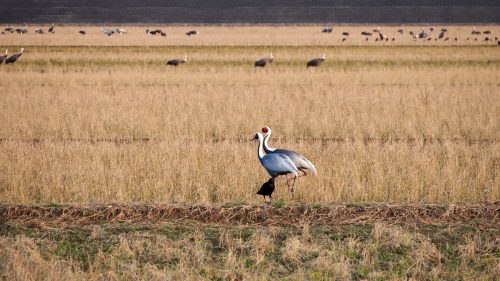 How to Get to Izumi City Crane Observation Center

Prices and Hours of Operation

Izumi City Crane Observation Center is open from 9:00 to 17:00 during the observation season from November until the beginning of March.