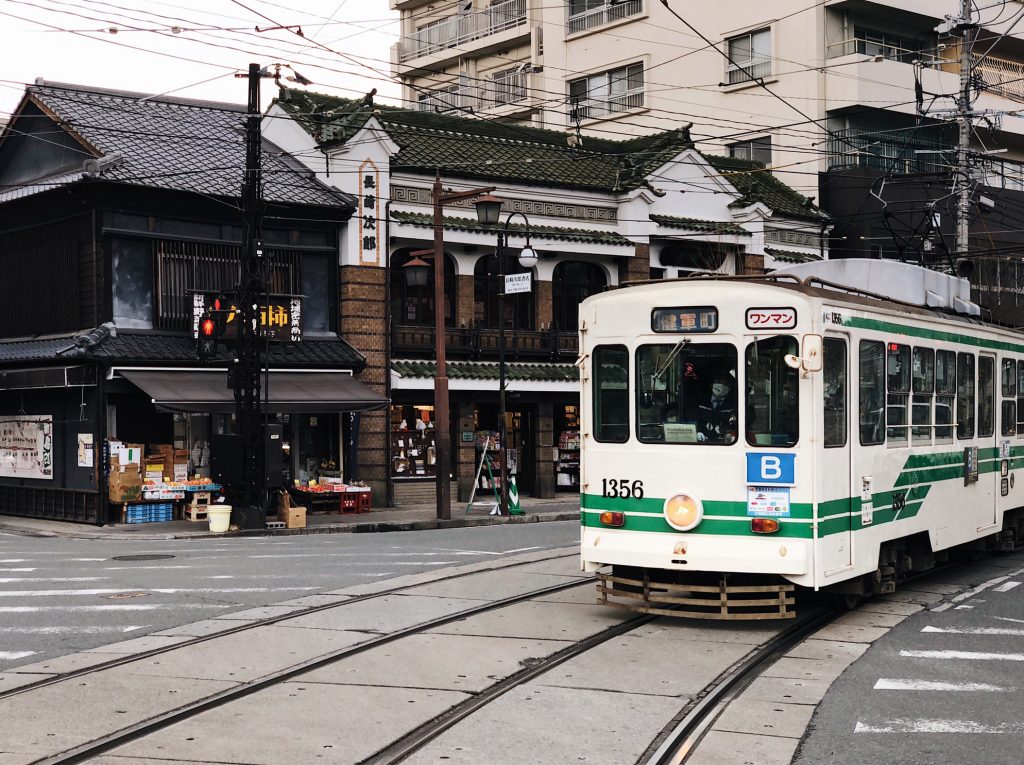 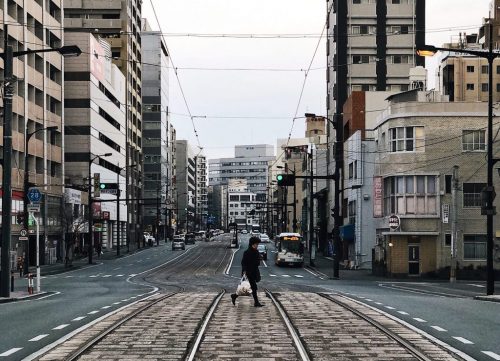 On Kyushu Island located in the south part of Japan, is the charming Kumamoto. Accustomed to major capitals such as Tokyo, I was curious to think outside the box to discover a different facet of the country, in a region somewhat remote. Although more than 1000km away from Tokyo, it took me only 2 hours to fly to here. Kumamoto Airport is just as well served as those in the capital, I was able to reach the city center with a direct bus in less than 50 minutes.

A Picturesque Emblem of Kumamoto Tram

Just arrived in the city center, I came face to face with a streetcar, the epoch-like. The Kumamoto City Tram serves the city from east to west on a regular basis, making travel easier, while offering a seductive trip in the heart of the action. For only 170 yen, it is difficult not to succumb to the picturesque charm of this means of transport which, in addition to being practical, allows us to appreciate the city at a moderate speed while avoiding the urban traffic. 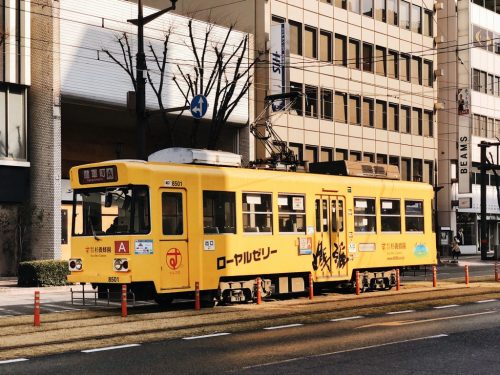 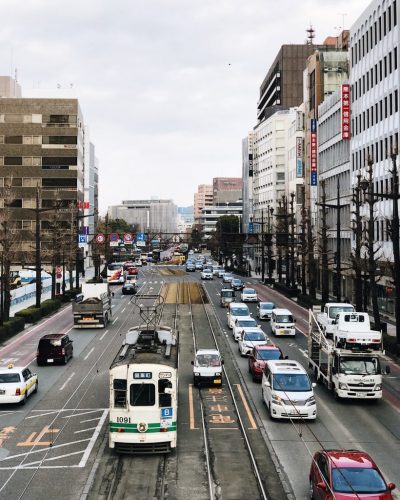 After a short tram ride, head to Komurasaki, a small local restaurant located under the Kamitori shopping arcade. As everywhere in Japan, I was warmly welcomed by all the staff, before being seated at the counter, in front of the kitchen. The general atmosphere was friendly, the decor rather rustic and the smell that ran through the room already made me hungry! 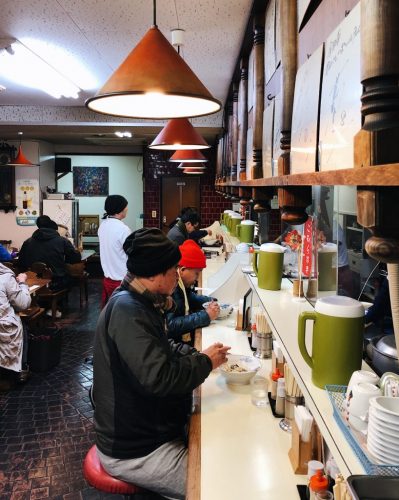 Renowned for having the best ramen in the city, I order without further delay the “King Ramen”, a signature inspired “Tonkotsu Ramen” originally created in Fukuoka. While waiting for my dish, I observed around me the warm decoration of the restaurant which reminded me a bit of an old “American dinner”, albeit a Japanese version. Just 3 minutes after ordering, my big bowl of ramen appeared in front of me! True to my expectations, the dish just looked very appetizing. In addition to noodles and broth, which were the staple ingredients of ramen, roasted pork slices, bamboo shoots, mushroom julienne, and roasted garlic were also added. The mix of flavors was simply delicious! 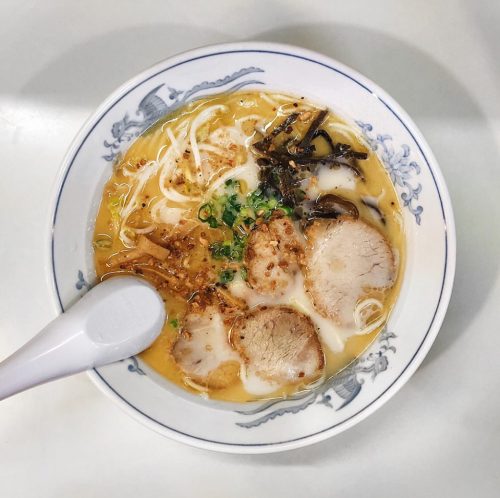 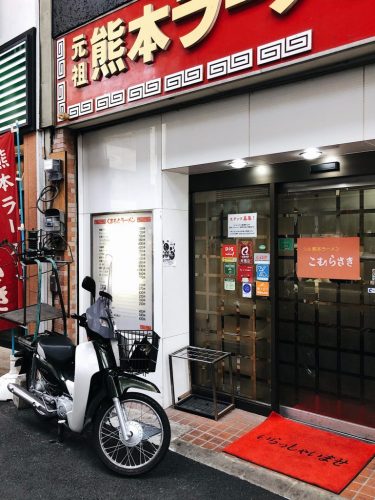 Shopping Streets under the Arcades

What’s better than a little healthy walk for digestion? Head now to the famous shopping arcades. Yes, because to my surprise, in addition to many restaurants, Kumamoto offers a wide selection of shops and cafes. Indeed, the city center houses a total of 3 sections of outdoor arcades throughout the city: Kamitori, Shimotori and Sunroad Shinshigai. Spreading over 1 kilometer long and 10 meters high, they offer exceptional brightness while enjoying a roof, sheltered from rainy days. 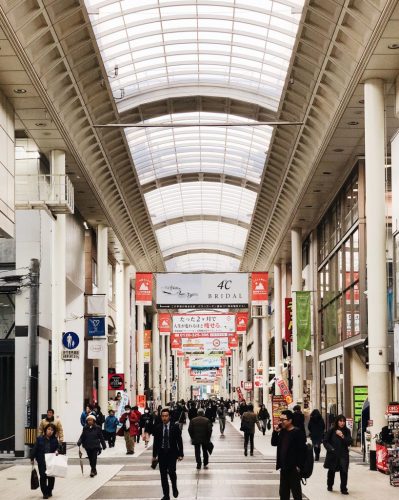 Shimotori, the longest arcade in the city 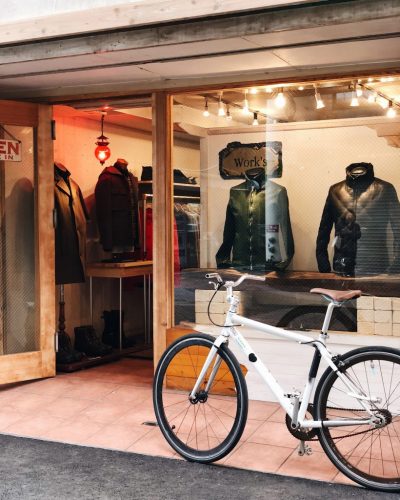 A trendy store under the arcades

Whether you go shopping or just for a walk, it is always good to walk; you can enjoy the many shops, cafes, and restaurants that follow one another as far as the eye can see. With a strong daily circulation of tourists and locals at all hours of the day, the arcades of Kumamoto are among the largest in the country! 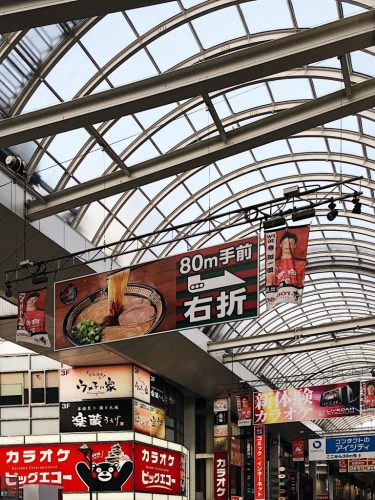 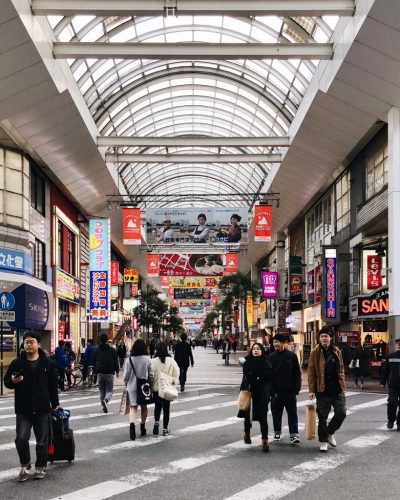 the intersection of arcades 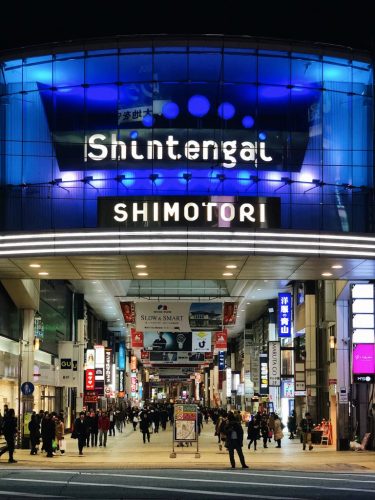 The Shimotori arcade at night

Taste the Local Cuisine at “Izakaya”

A little later in the early evening, head to Negibouzu, an izakaya restaurant located on Sannen Zaka street, in the heart of the city center. It is a small pedestrian street where from 6:00 p.m., a festive atmosphere is already felt, even on weekdays. Like the French bistro or the English pub, izakaya is a place where alcoholic beverages are served as well as many small dishes. 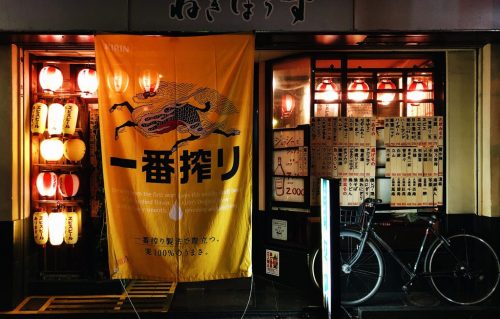 The facade of the restaurant is inviting, and intriguing at the same time. It’s impossible to know what’s happening inside from the street, despite the noise and laughter that seems to be showing good humor. Once through the doorway, it is a very traditional and warm decor that greets me on the other side. While a few groups of colleagues meet here after a day at the office, others enjoy a cool beer alone at the bar. 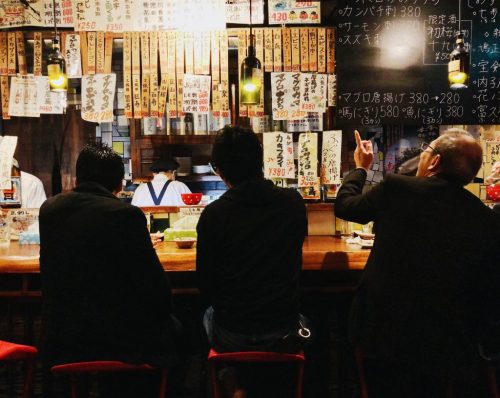 When you order food, you end up with a multitude of small dishes to taste. Although the experience was always more pleasant accompanied, I was still hungry! Between the pieces of sashimi and the fried chicken pieces, I had the chance to taste the Karashi Renkon, a local specialty that consists of filling the hole of a lotus root with mustard, before frying it. A totally new flavor for me, which I particularly appreciated for its crispy texture and taste, thanks to the mustard. 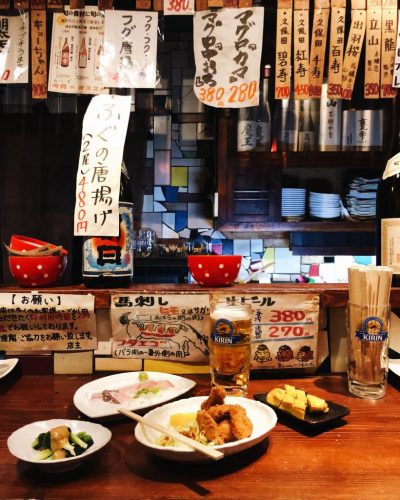 A classic set of tapas at the izakaya 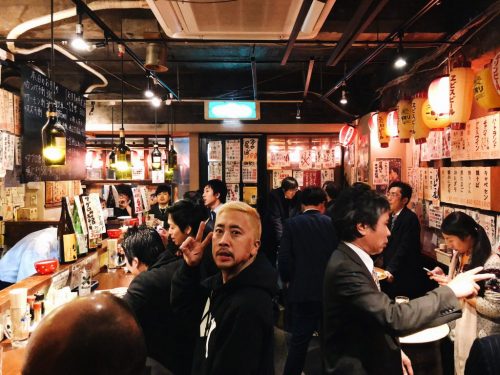 Such a friendly atmosphere in Negibouzu

End the Day with Craft Beers

As the atmosphere became more and more animated at the restaurant, I decided to end my day in Kumamoto by trying some beer from the region. Indeed, the city saw the boom over the years at different bars, each offering craft beers. Head to Voyager, a small bar located on the other side of the Shirakawa River, only 10 minutes walk from the city center. The atmosphere is very peaceful, but not surprising, for a Tuesday night. 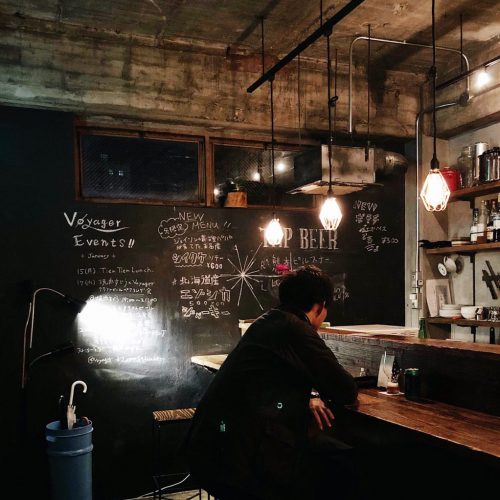 Following the advice of the server, I ordered Kumamoto’s craft beer for ¥ 900. I always enjoy drinking a nice cold beer in a bar when the atmosphere is nice. Available on the counter, I found the map of craft beers in the city, which had a total of 7 different bars, including Voyager. (Unfortunately, there is no web version of this map, you have to go to town to get it on-site).

Whether you are a shopaholic, a good foodie, or just want to discover a different side of Japan, Kumamoto will surprise you! Kumamoto is one of the hosting cities for the Rugby World Cup 2019, a good number of culinary and cultural specialties will be put forward to make you enjoy it to the fullest.