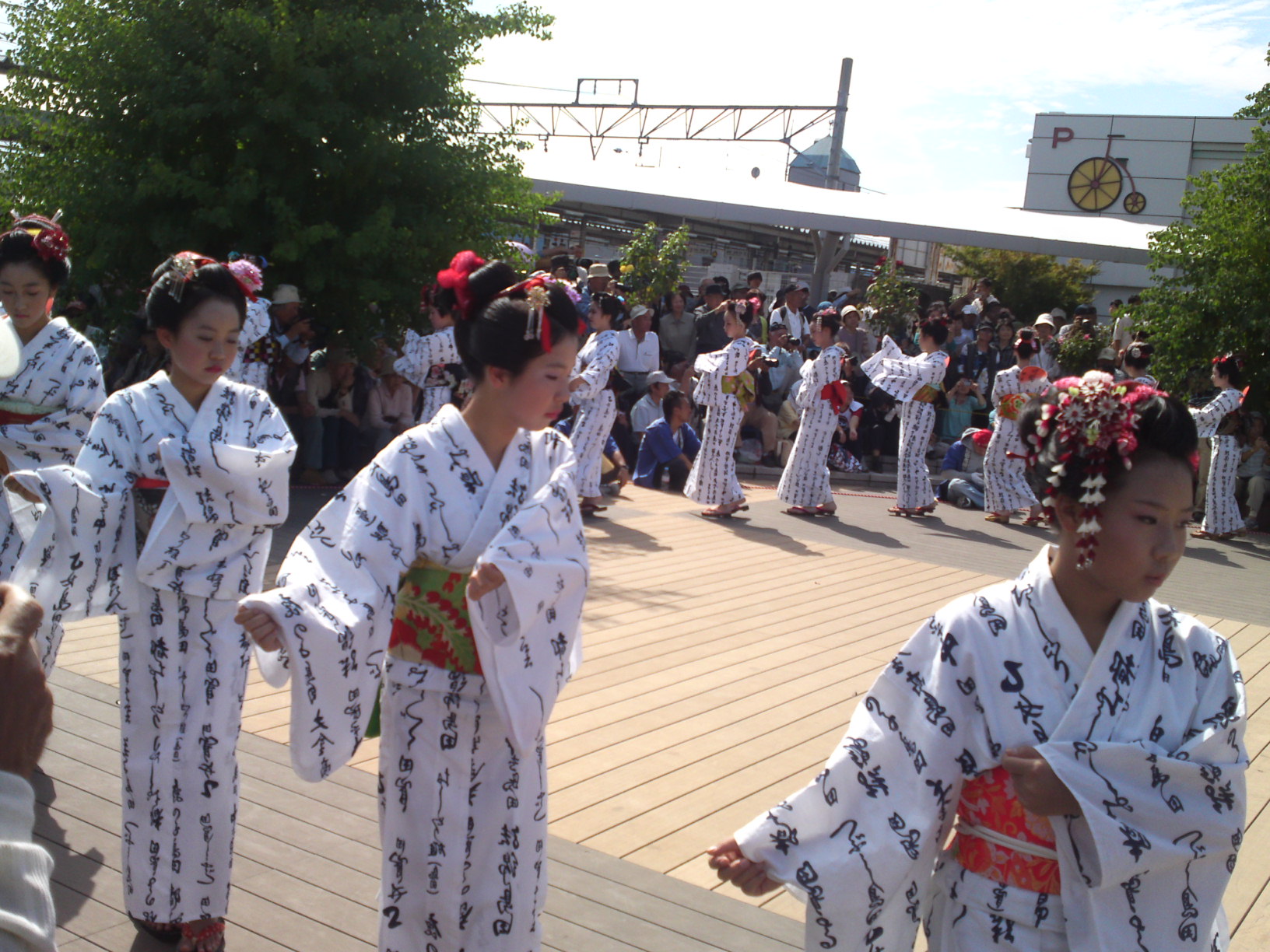 The Annual Shimada Mage (Topknot) Festival will be held on Sunday, September 18th, 2016 in Shimada. This festival is increasingly taking importance in our Prefecture beyond our borders and it has become a must for tourists, photographers and festival lovers. 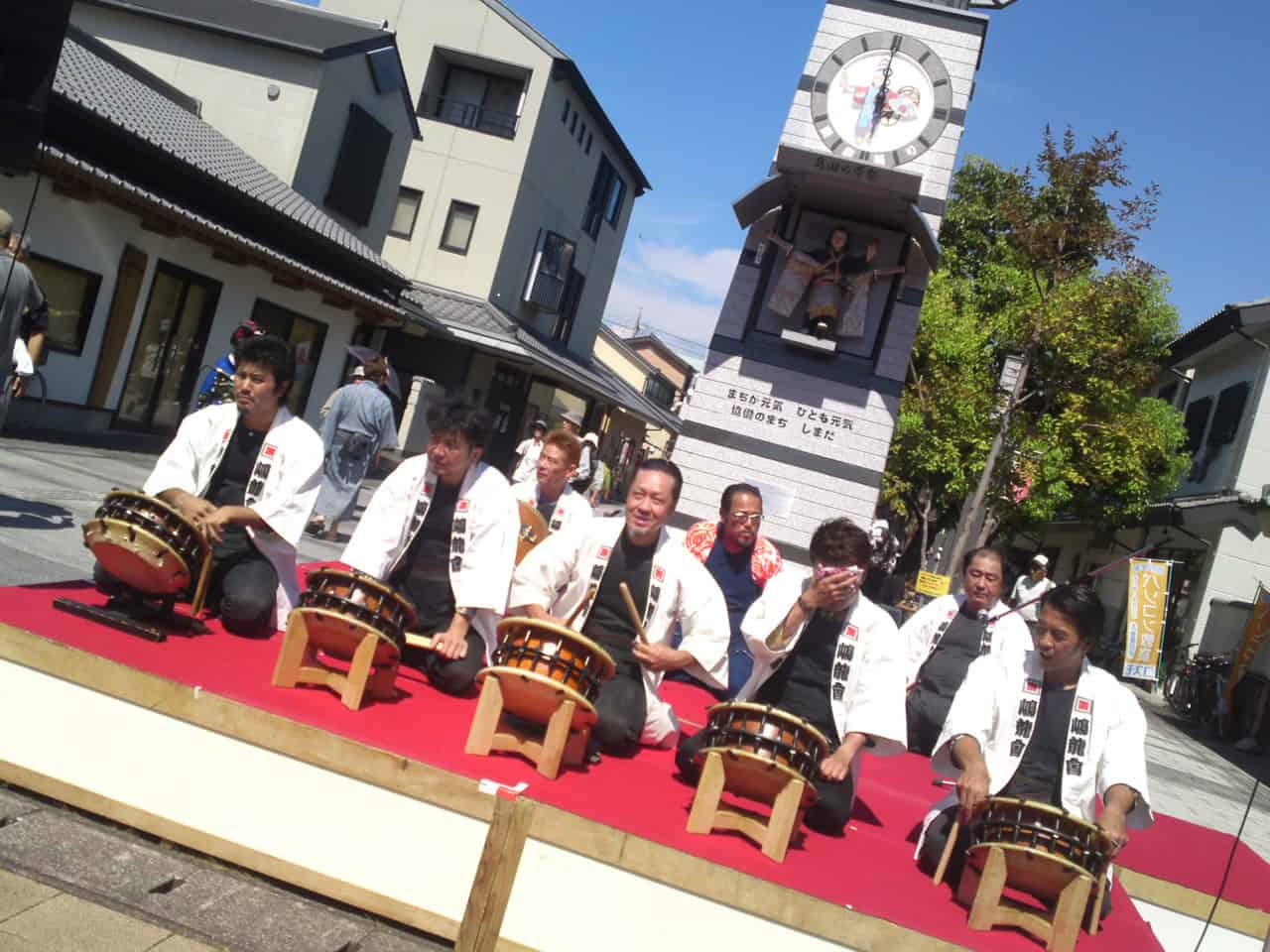 Festival drum of the day

There are several different theories regarding the origins of the Shimada Mage hairstyle. Some say it was created by prostitutes working in the Shimada-juku inn district on the old Tokaido route to Edo. 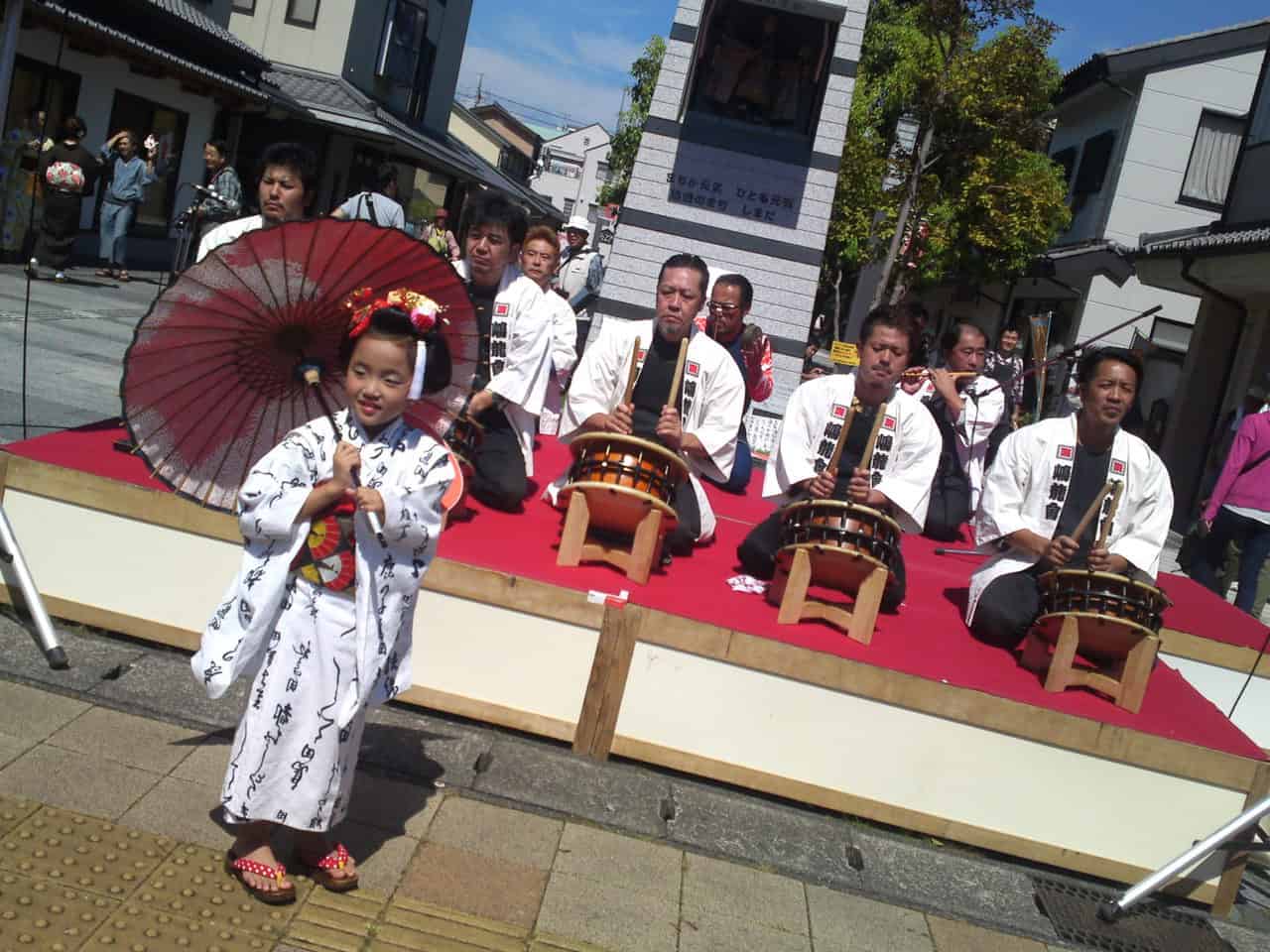 Tiny pose for the picture 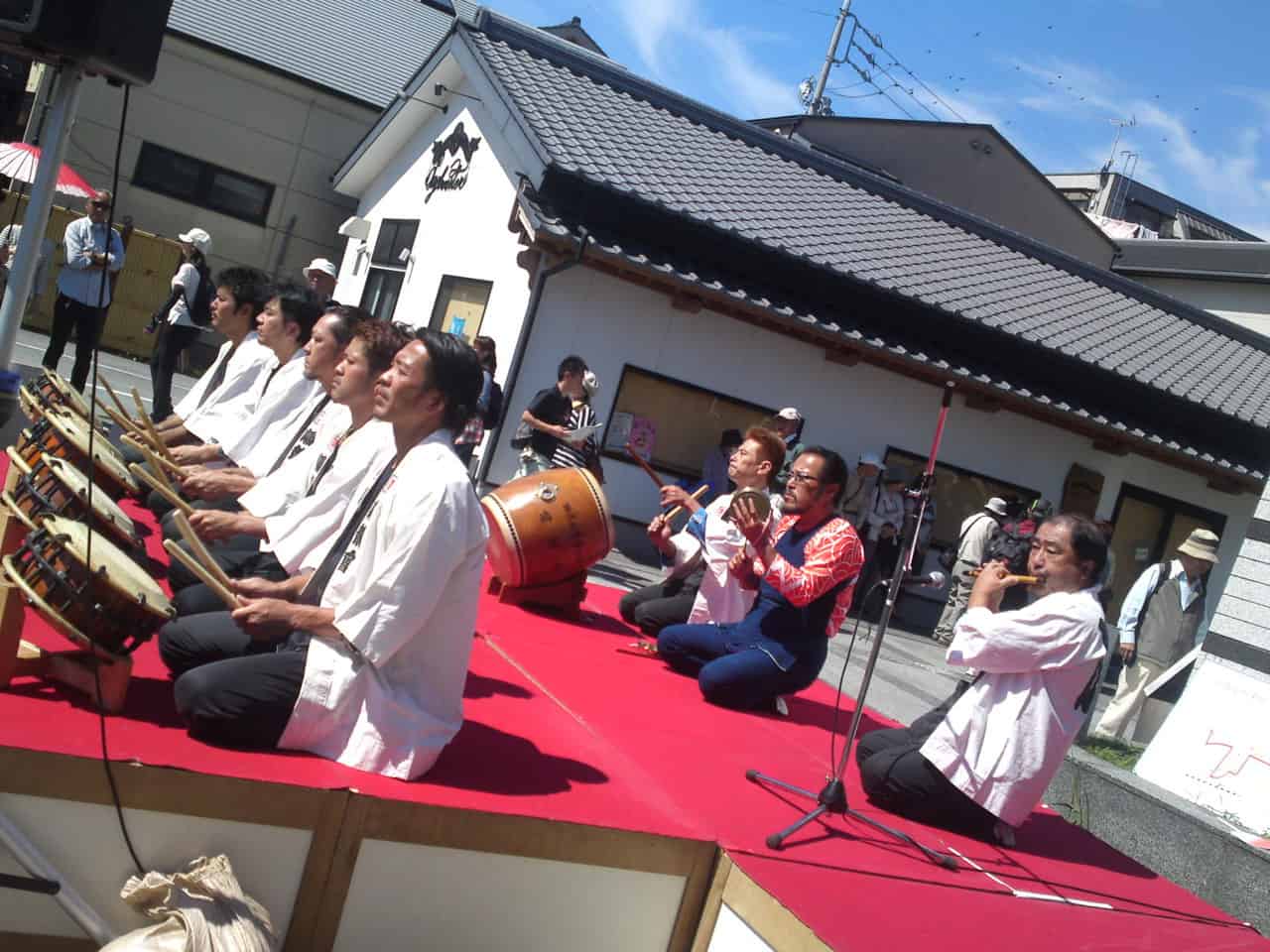 Start of the drums marking the formal beginning of the festival

Another theory is the Japanese word Shimeta, in the sense of tied-up hair, became “Shimada”. 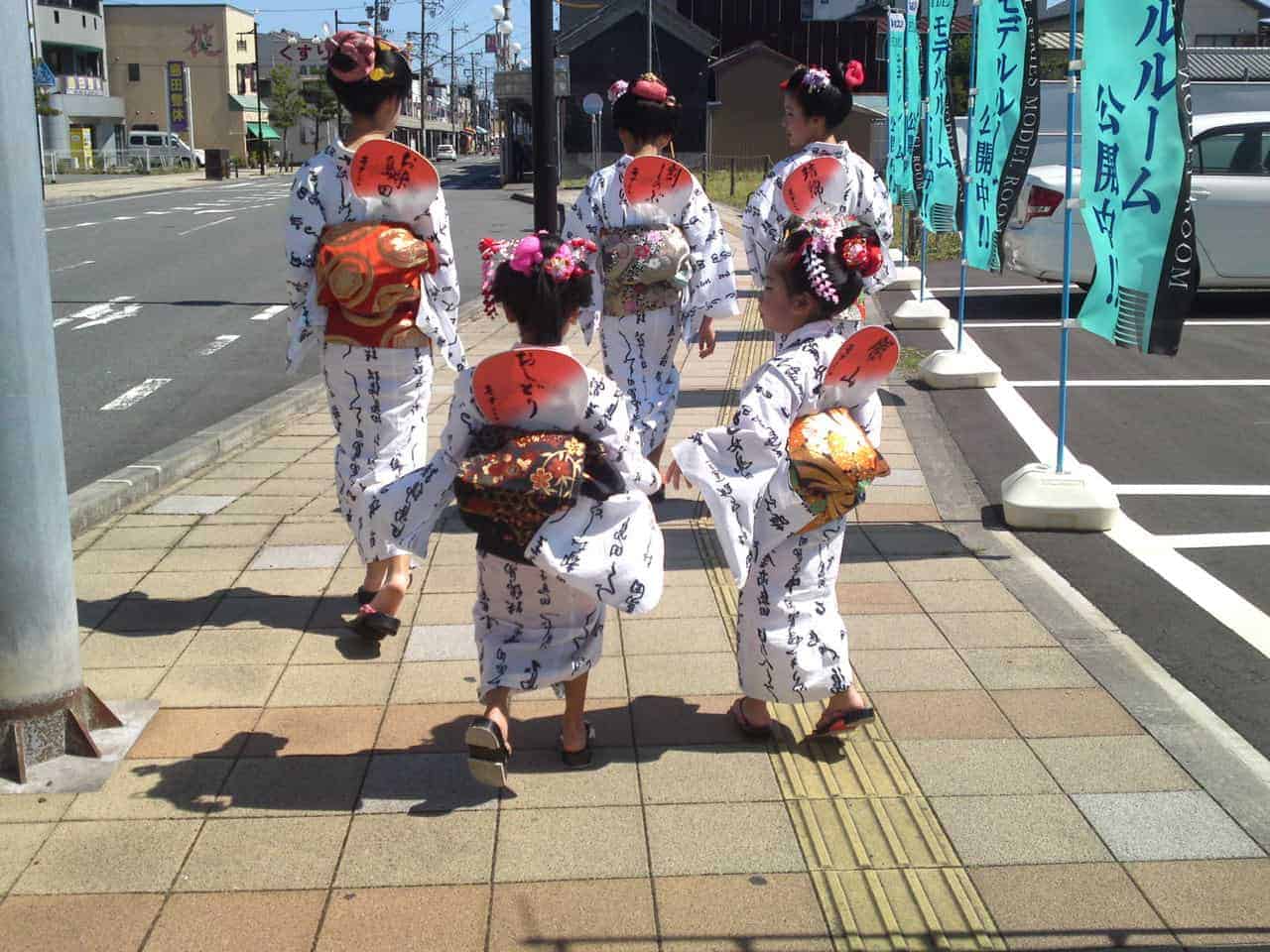 Hurrying to join the parade

An alternative account is that Tora Gozen, a native of Shimada, devised the style herself. Tora Gozen was a prostitute said to have been on good terms with Soga Juro Sukenari, the elder of the two brothers in the famous tale of Soga.
She is also depicted in Kabuki theater as Oiso no Tora, a key character in works such as Kotobuki no Taimen. 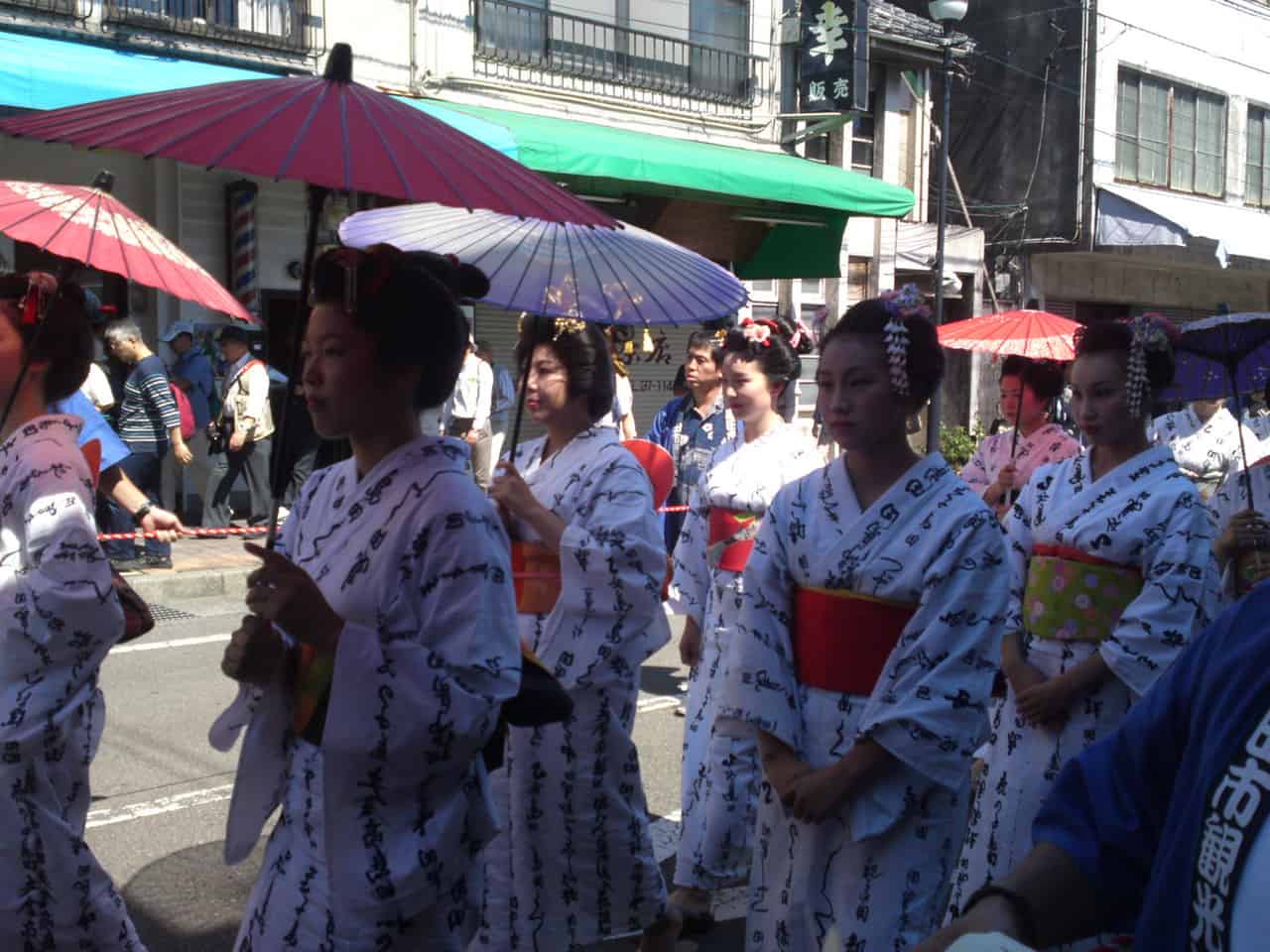 Walking toward the first dance square

In front of the Yakushiji Hall in the grounds of Uda-ji temple in the Noda district of Shimada City is a stone memorial known locally as “the grave of Tora Gozen”. 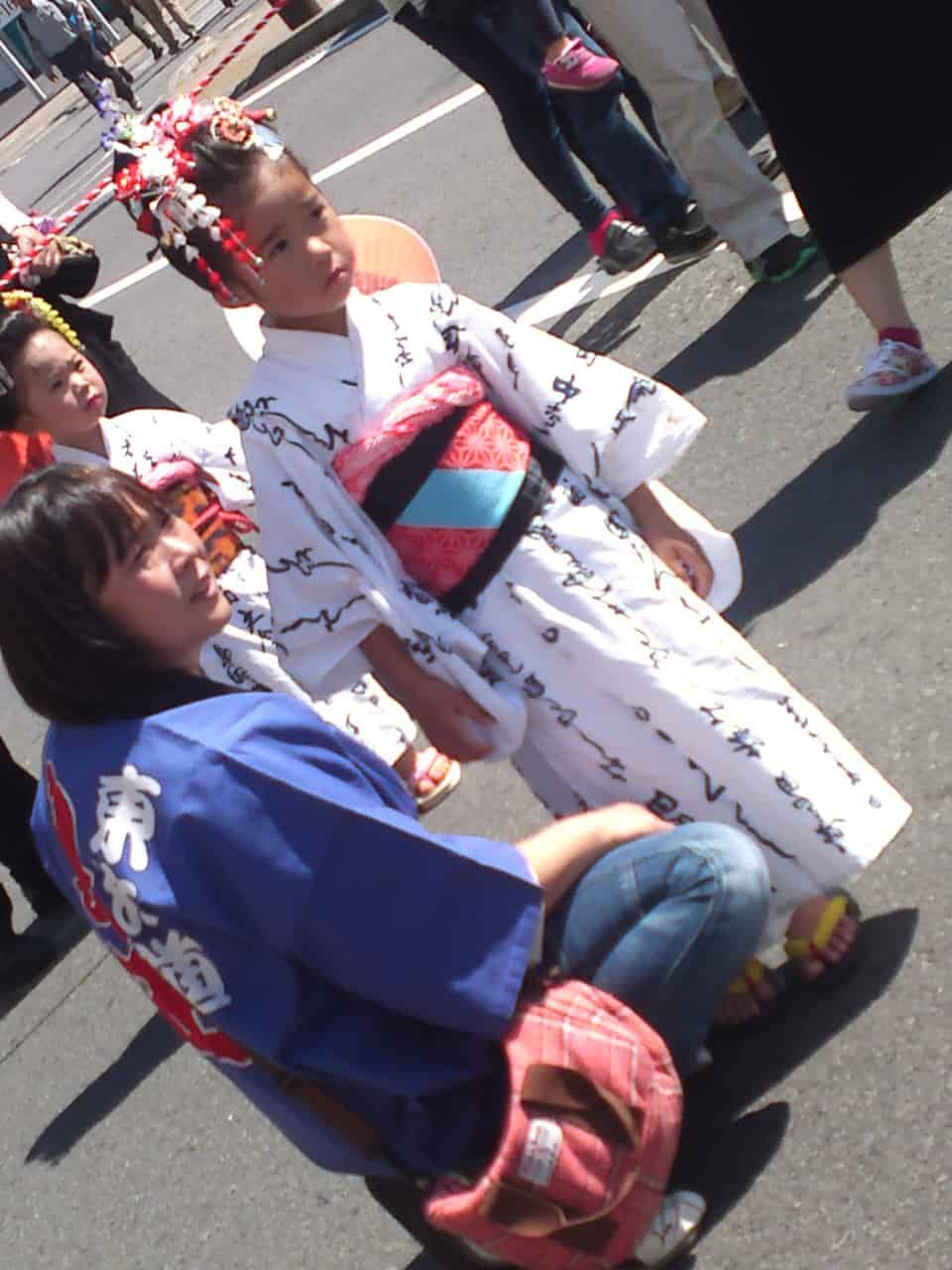 The ladies, from kindergarten to their thirties are all local, volunteer, and different every year. Today, there are many traditional Japanese hairstyles that carry the name Shimada, including the Bunkin Taka Shimada style widely used for brides at wedding ceremonies. 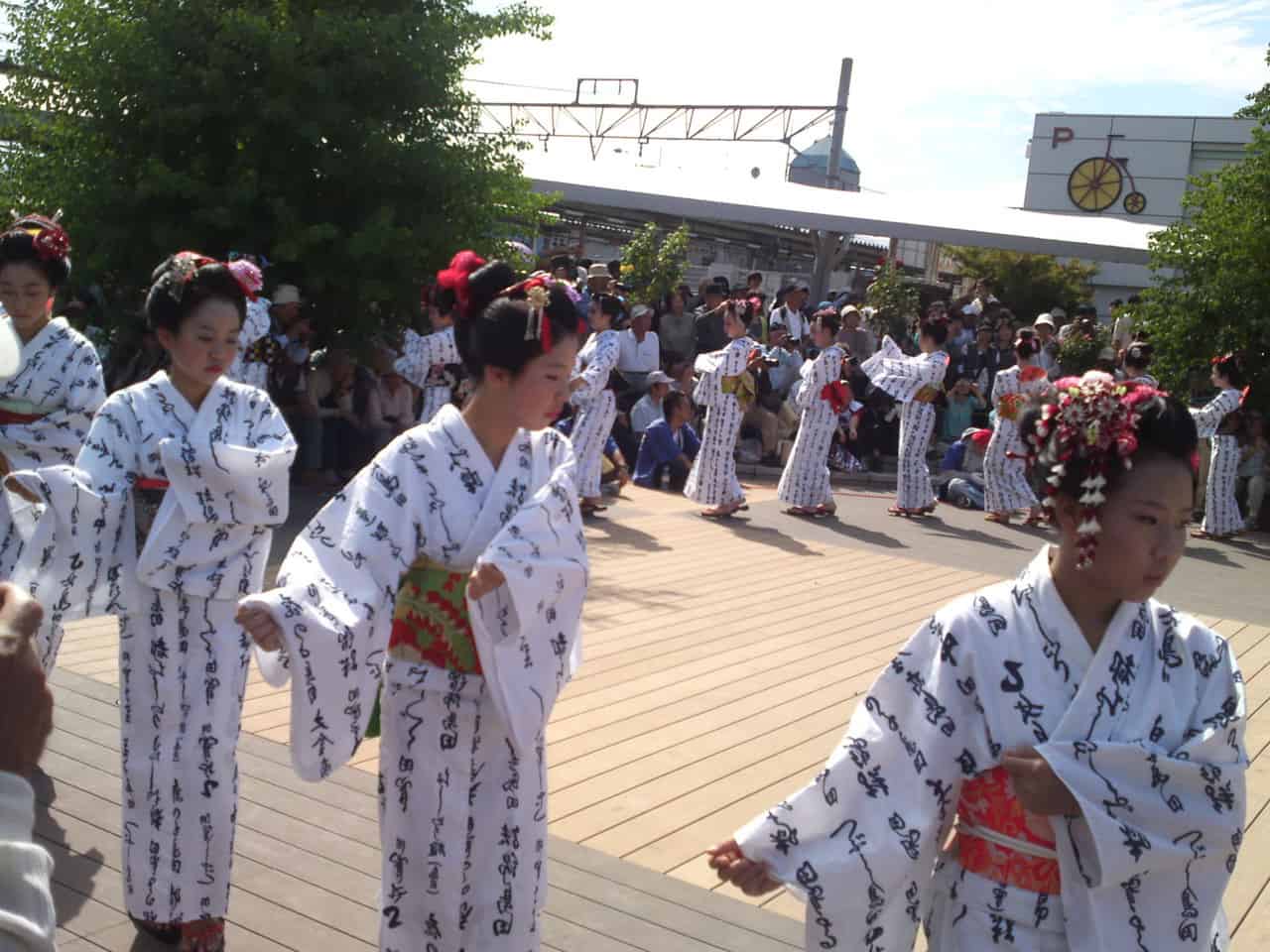 Other styles include the Yuiwata Shimada, Kanoko Shimada, Osome Shimada, Oshidori Shimada, and the Yakko Shimada. 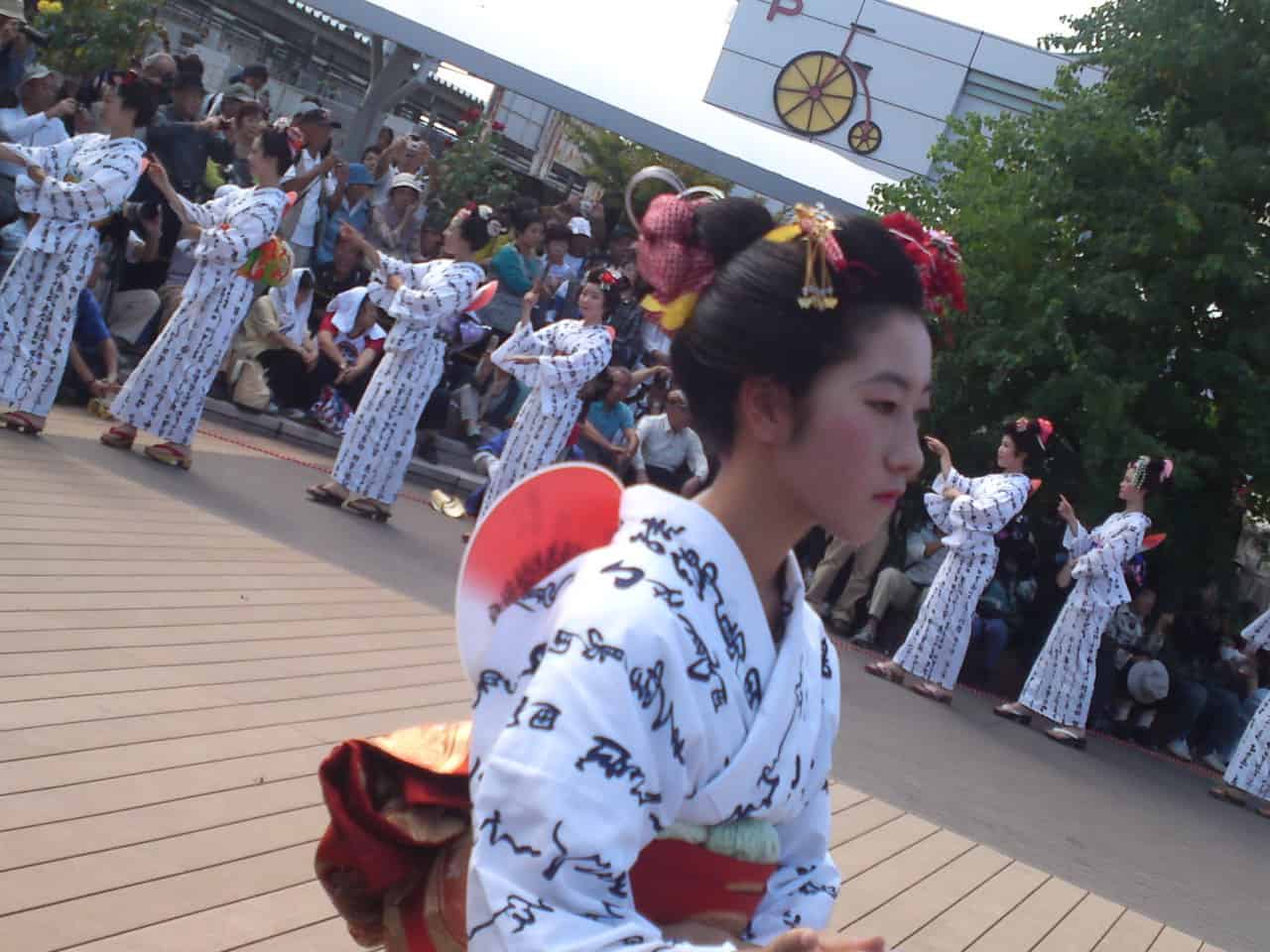 Japan’s inaugural Shimada Nage Festival was held on September 17th, 1933, but it was suspended during the war years, Thanks to the efforts of the Shimada Mage Festival Preservation Committee (Shimada Branch of the Hairdressers’ Union) the festival was re-launched in 1965 and has since become a major event in Shimada’s tourism calendar. Uda-ji’s temple main hall houses an exhibition of hairpieces in many different styles. Visitors have the opportunity to peruse the exhibits close-up. 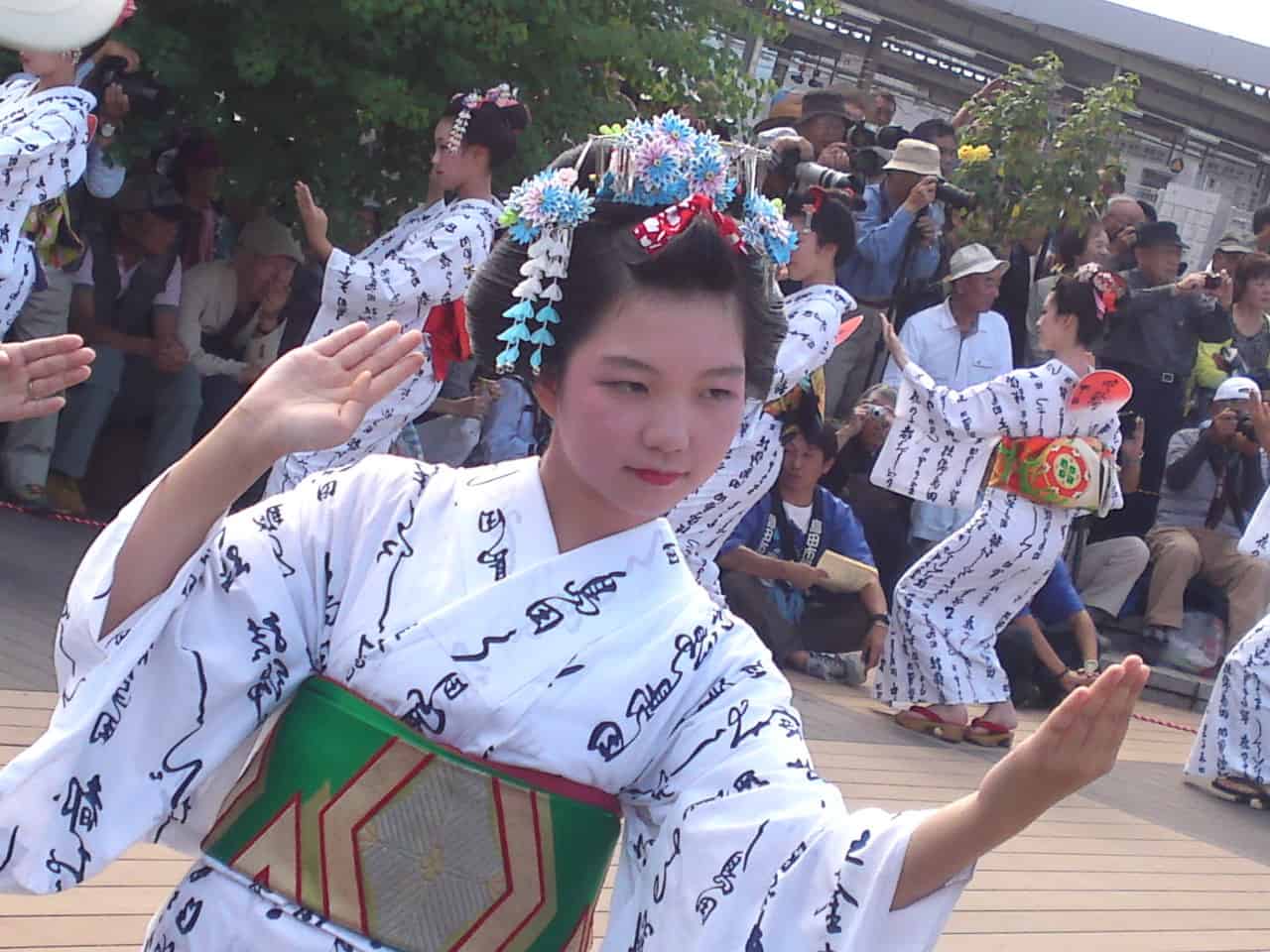 Hairstyles (nihon-gami in Japanese) of traditional Japan are categorized into four distinct traditions: the Taregami and Kogai styles used by nobles of the Imperial court; Hyogo mage, with a strong influence from the Asian mainland; Katsuyama Mage, purpotedly pioneered by a prostitute from the warrior class named Katsuyama; and the threefold Shimada Mage style, conceived by the prostitute Tora Gozen. Evolving in Japan’s distinct social conditions, these styles sometimes functioned as emblems of the wearer’s social class, age, occupation, and other characteristics. 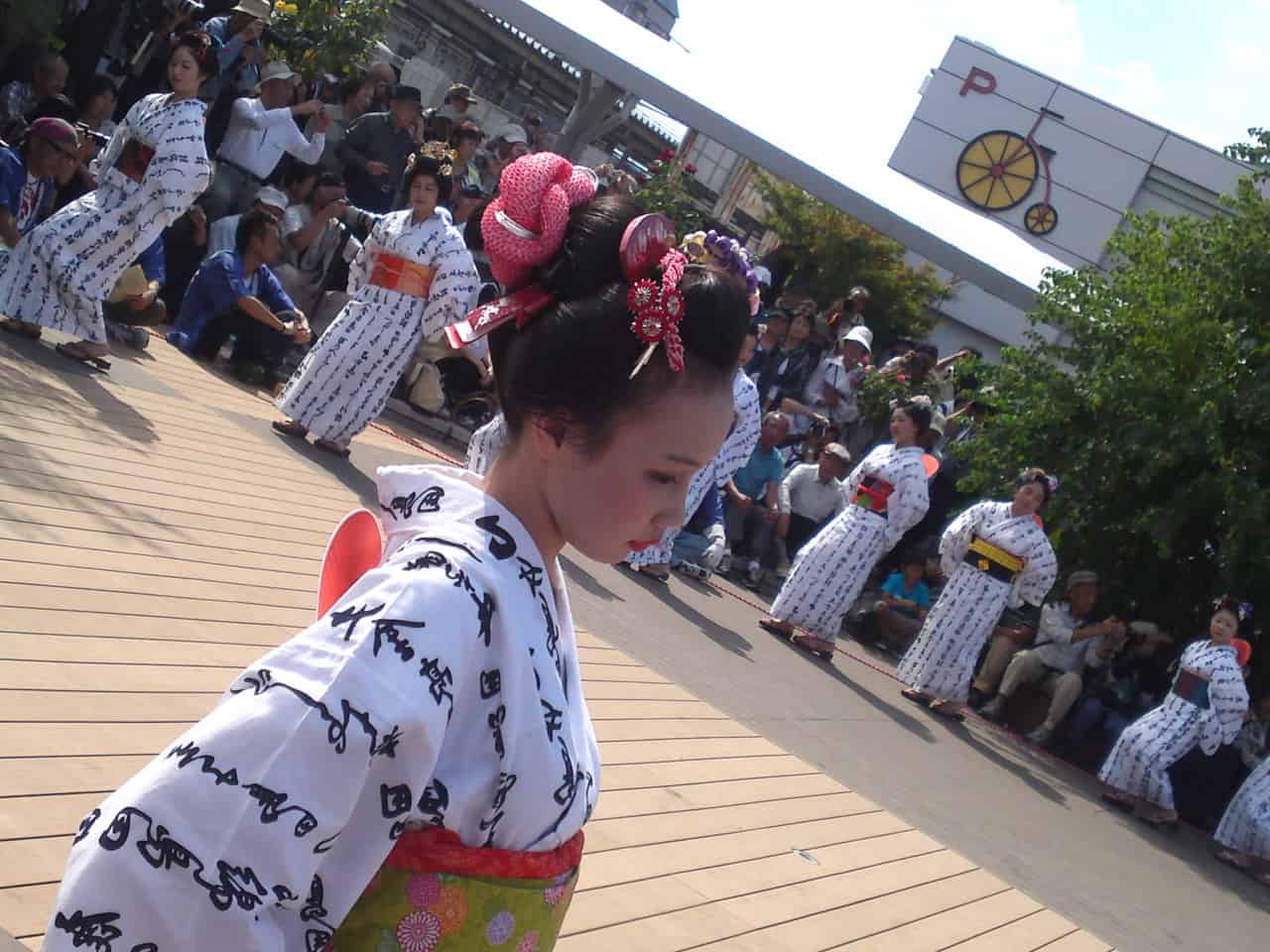 Shimada Mage is the most popular traditional Japanese hairstyle 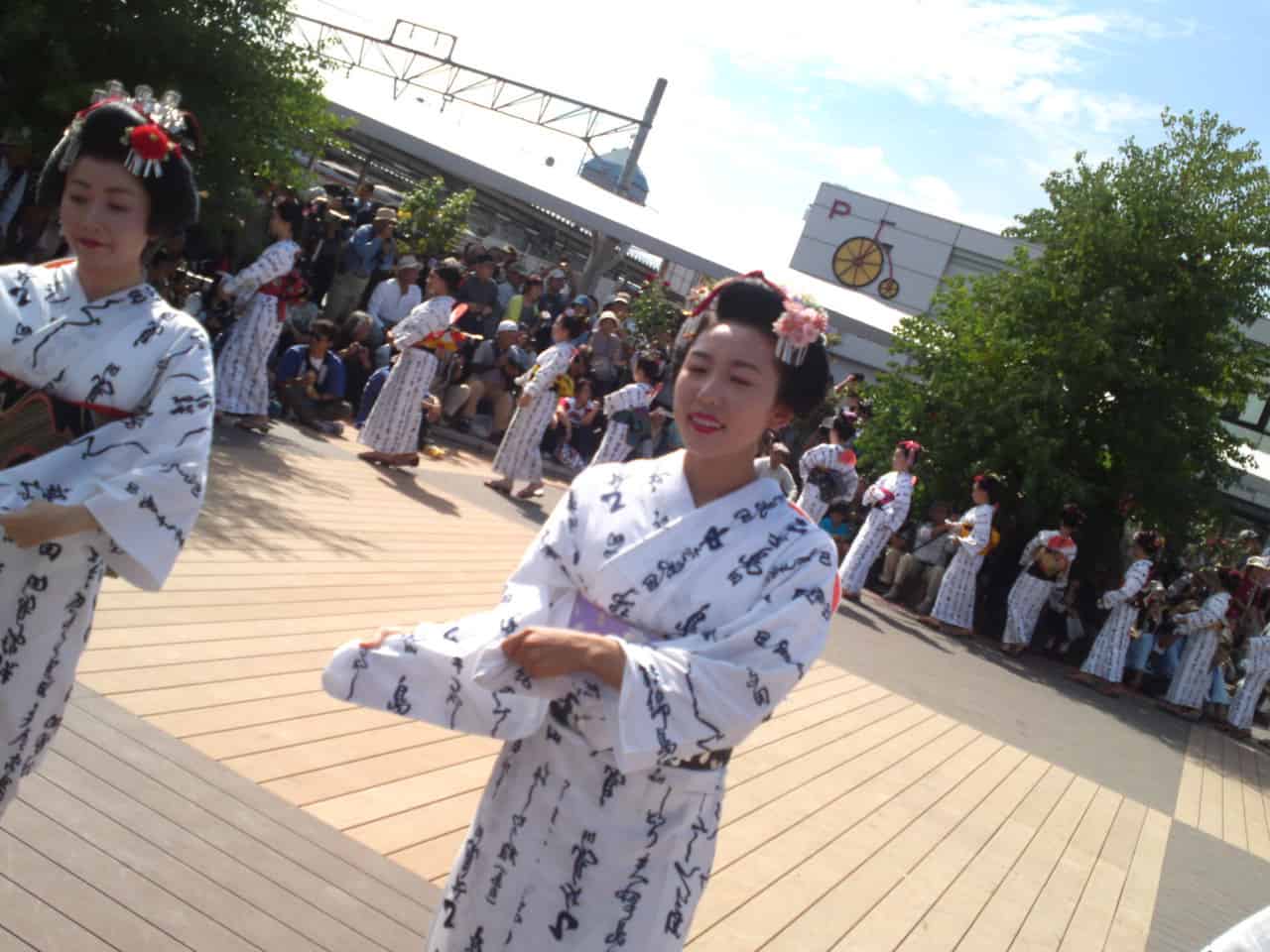 This hairstyle has been worn since the 13th century, but like the other Japanese hairstyles, it developed mainly during the 18th century as part of a wider blossoming of Japanese traditional culture. 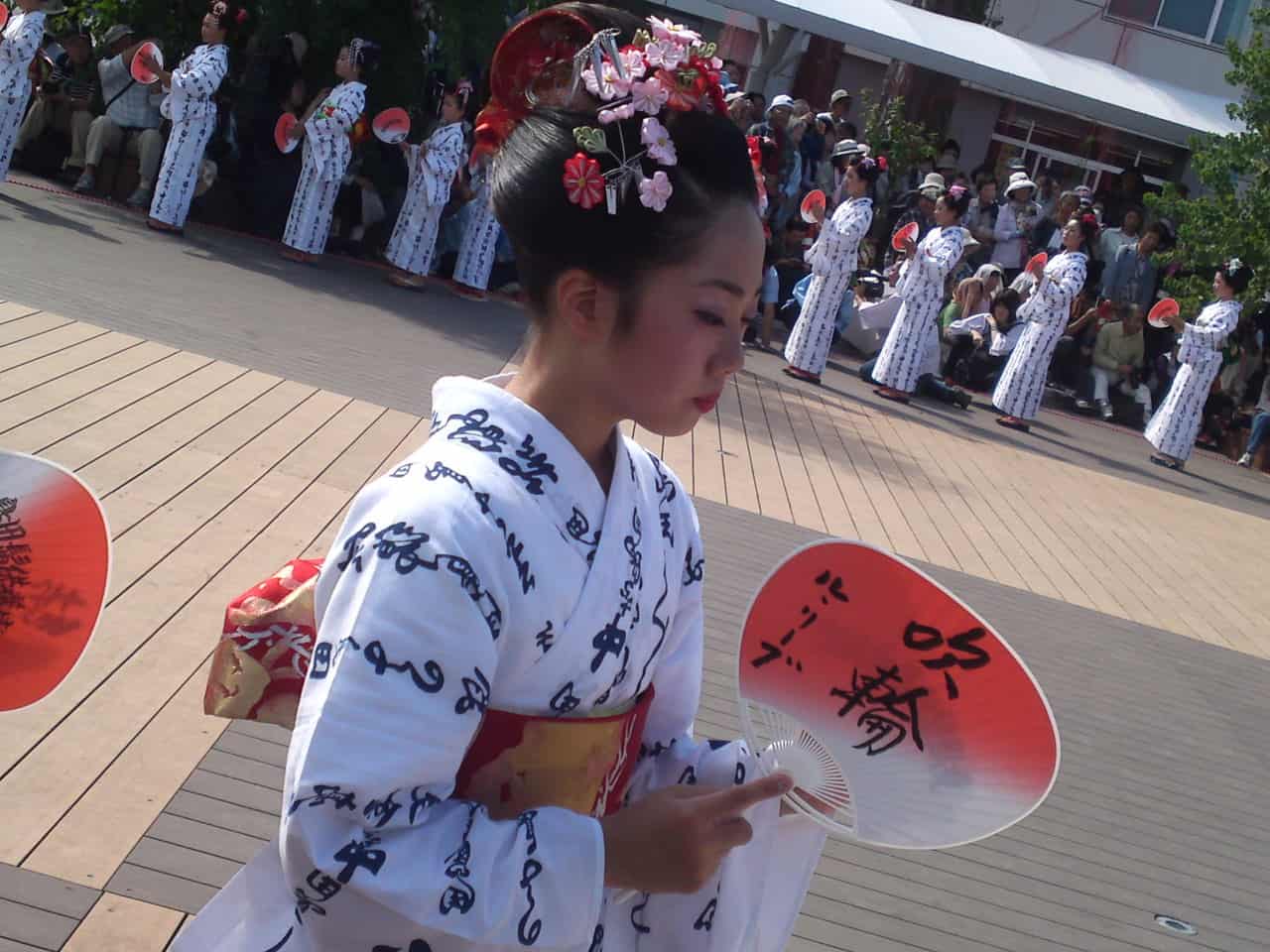 The Shimada Mage Festival is held on the third Sunday of September each year. Women dressed in matching yukata (summer kimono) and a variety of traditional Japanese and Shimada hairstyles parade through the streets of Shimada.

The parade departs from the Hon-dori 7-chome intersection at noon. It stops to perform dances in Obi-dori street, the square outside the Shimada Station, and various other locations, before proceeding to Oi-jinja shrine. At the shrine a further dance is performed, dedicated to the Ubusuna deity. After a short break the parade resumes, passing the Shimada City Hospital, and on to Uda-ji Temple. Dances are performed at the temple in honor of Tora Gozen and the Buddha, and a thanksgiving ceremony is held at the main temple hall where a variety of Japanese-style hairpieces are on display. (The parade participants and others involved in the festival also pay their respects at the grave of Tora Gozen). 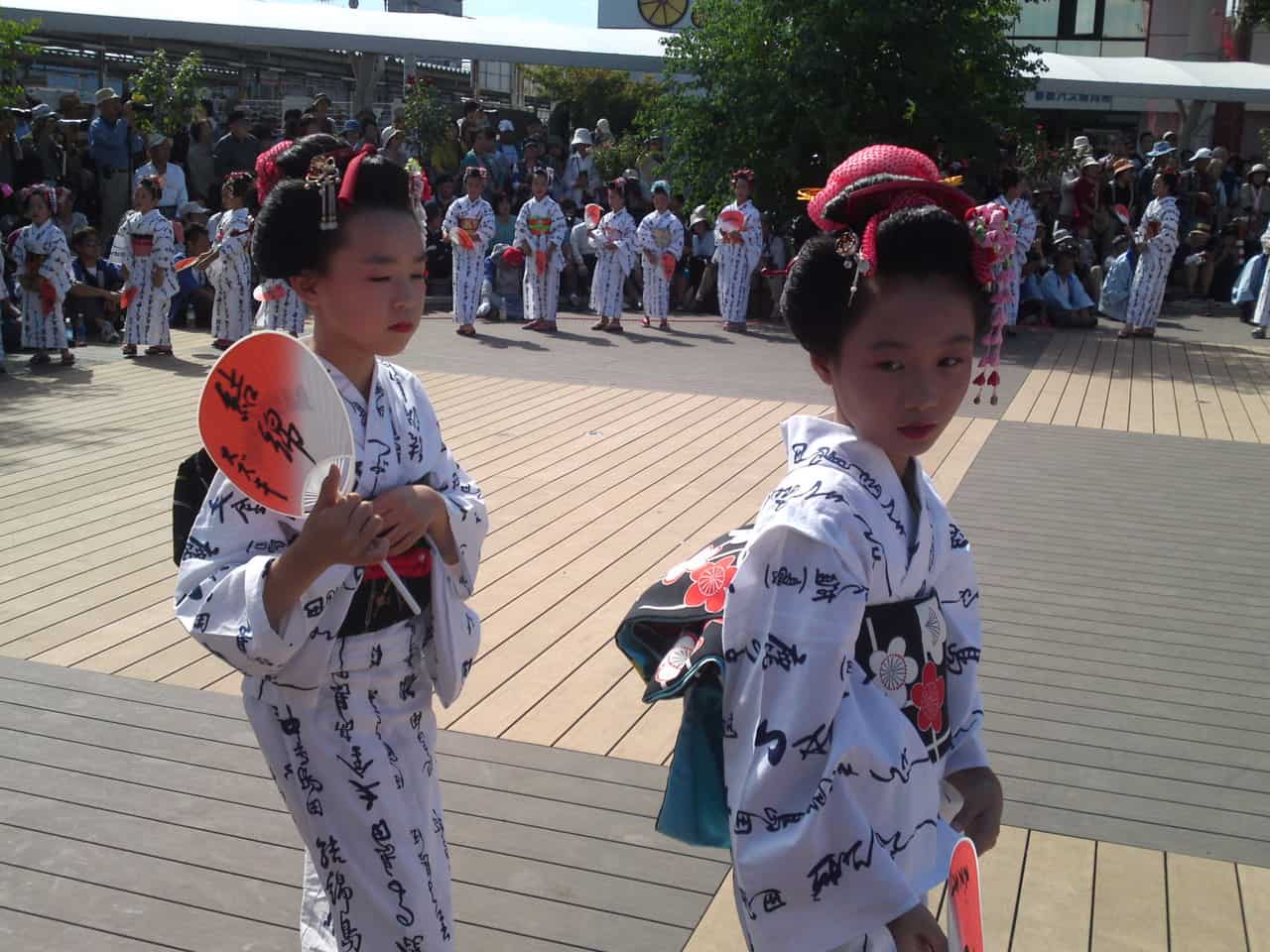 Taka Shimada
The most handsome of all Shimada styles. Usually worn by younger women. The Bunkin Taka Shimada variation, set highest and considered particularly elegant, is worn today by brides at weddings.

Otome Shimada
A variant of Taka Shimada developed in downtown communities. Based on the Taka Shimada but distinguished by features such as a kanzashi hairpin inserted between the front and the side portions of the hair, and a piece of cloth placed on the topknot. Also called Saisoku Shimada. 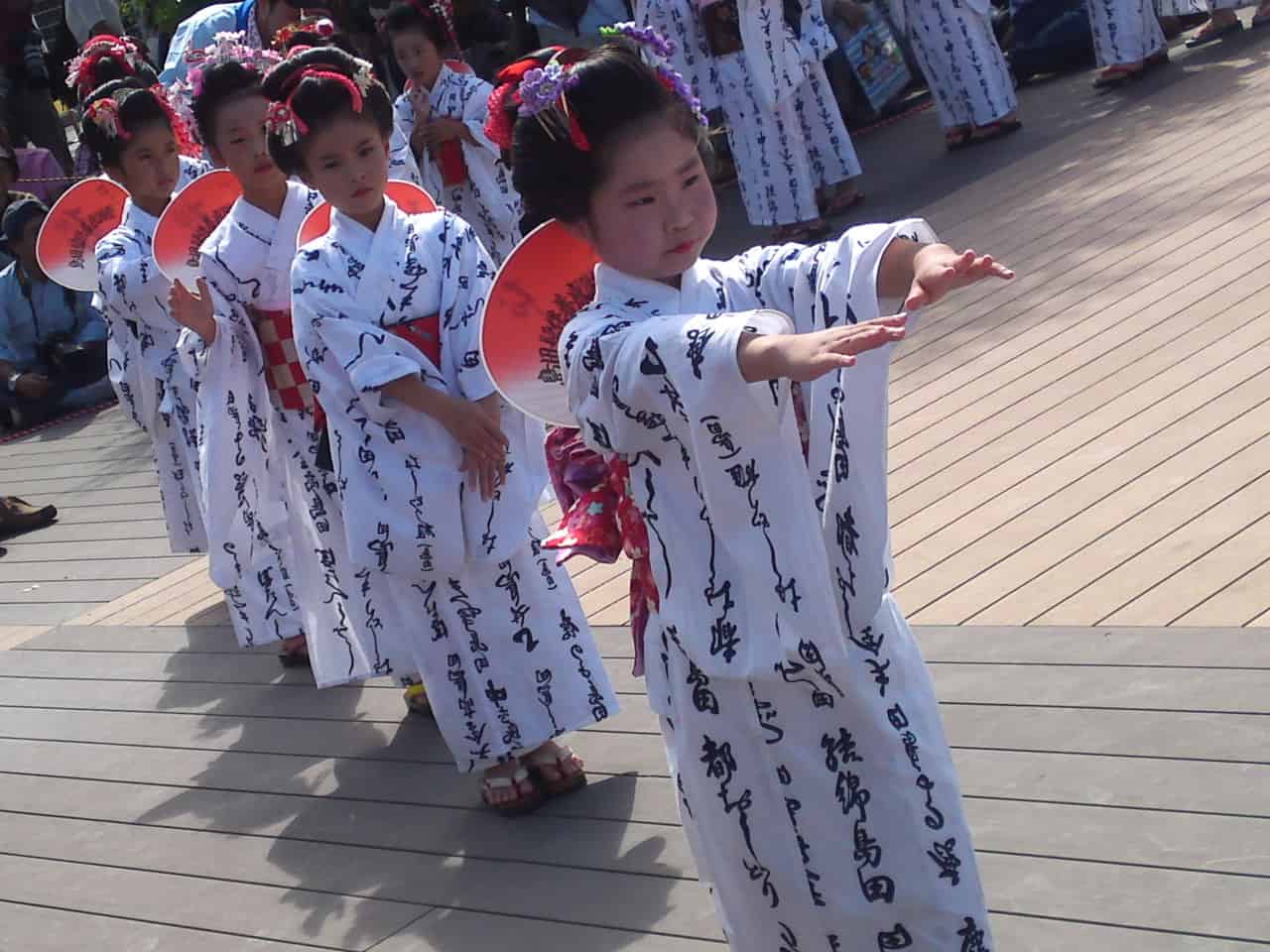 Tsubushi Shimada
Popularized by townsfolk and women serving at inns in the early 1800s, and once the most widely worn of all Shimada styles. Tsubushi means “press down”, referring to the indentation in the center of the knot.

Yuiwata
Very popular in the mid-1800s among 18- to 19 year-old unmarried women. Prepared in the same way as the Tsubushi Shimada, but with a piece of cloth and/or cord added on the center of the knot. The knot also has a distinctive rounded end. 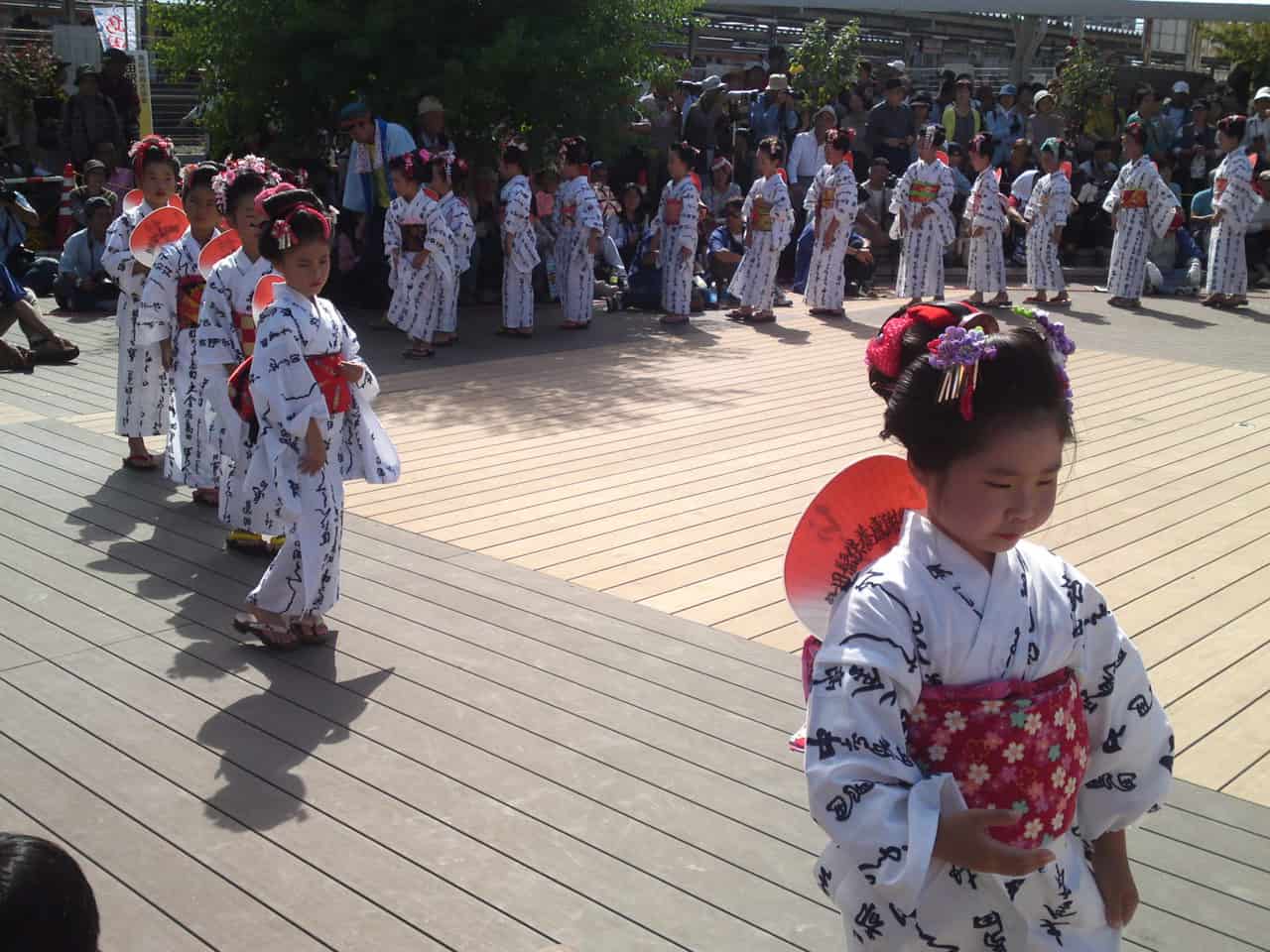 Genroku Shimada
Initially worn among prostitutes in the Genroku era (late 1600s). Later became popular among young townsfolk. The hair is folded to produce a topknot that is narrow with a high end, tied in place with a cord.
**Other styles include Osome Shimada and Yakko Shimada.

Katsuyama
Devised and popularized by Katsuyama, a prostitute of the Yoshiwara district in old Tokyo. Worn mainly by wives of lords, warriors and other members of the upper classes in feudal times.

Iccho Gaeshi
One of the most well known Nihongami styles. Worn by women of all ages from 15 through 60, and by both ordinary folk and those in the entertainment world.

Fukiwa
Worn by princesses and other nobility. Also worn by characters in traditional theater such as Shizuka Gozen and Princess Yaegaki. Modeled on a style worn by women who were engaged or had a pre-arranged marriage partner. Thought to have inspired the Katsuyama style, and later evolved into the Maru Mage rounded style.

Momoware
Worn by 17~18 year olds around the 19th and 20th centuries. The rounded shape was thought to resemble a peach (momo), hence the style’s name. 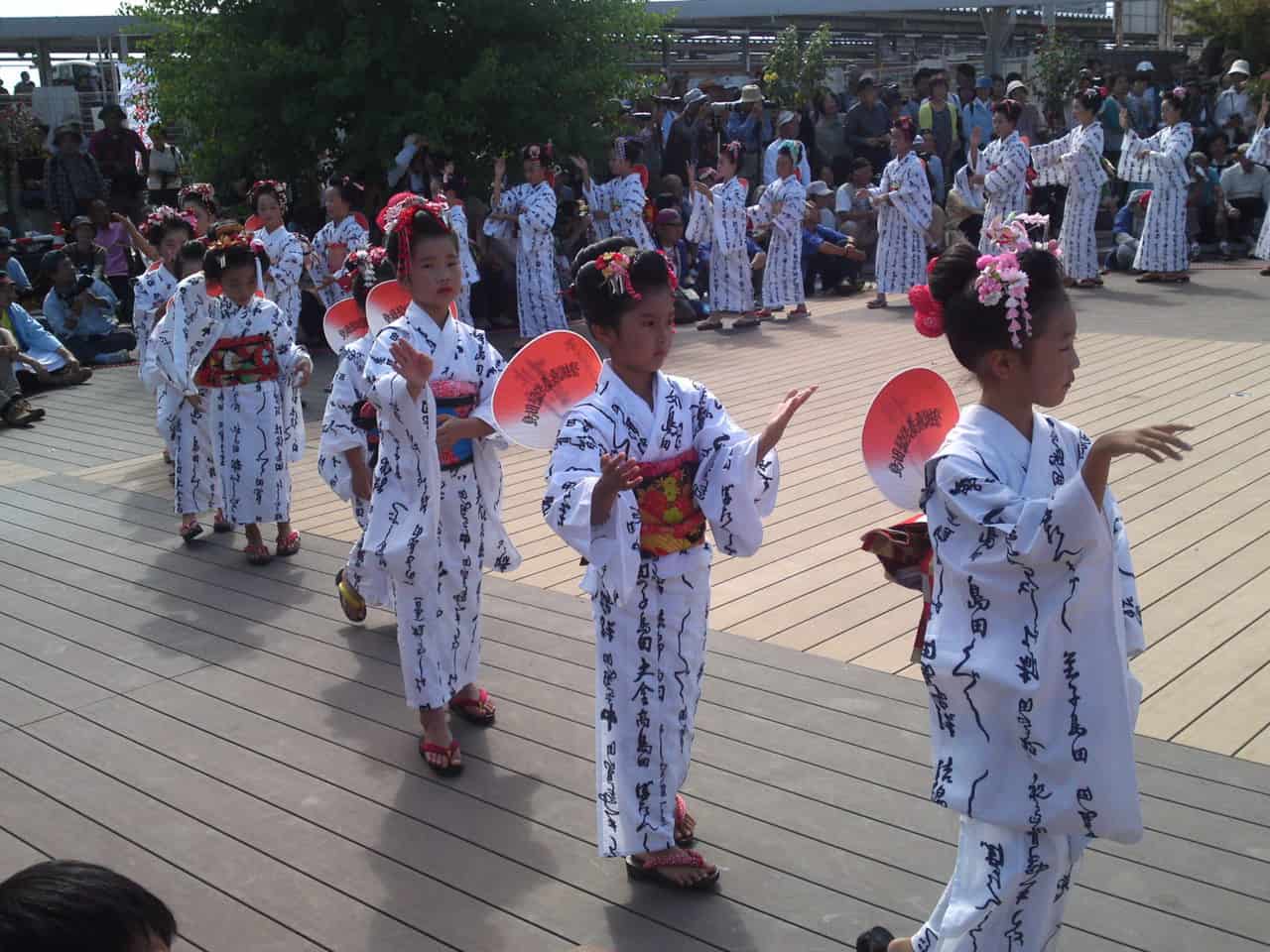 Numerous variations of Nihongami (the Japanese hairstyle) can be treated using the four key parts of the hair: mage (topknot), maegami (front), bin (sides), and tabo (back)

*Mage (髷: the hair is brought together into a single bunch at the top of the head and tied round into a knot.

*Bin (鬢): The hair at the sides of the head, above the ears.

*Tabo (髱): The hair towards the back of the head. Also known as tsuto (つと) in West japan.

*Motodori (根髷): This term describes the cord holding all the above parts together at the peak of the head. This motodori is then used to tie the mage or topknot.

*Kanzashi (簪): A decorative hairpin, inserted at the front or rear of the hair. 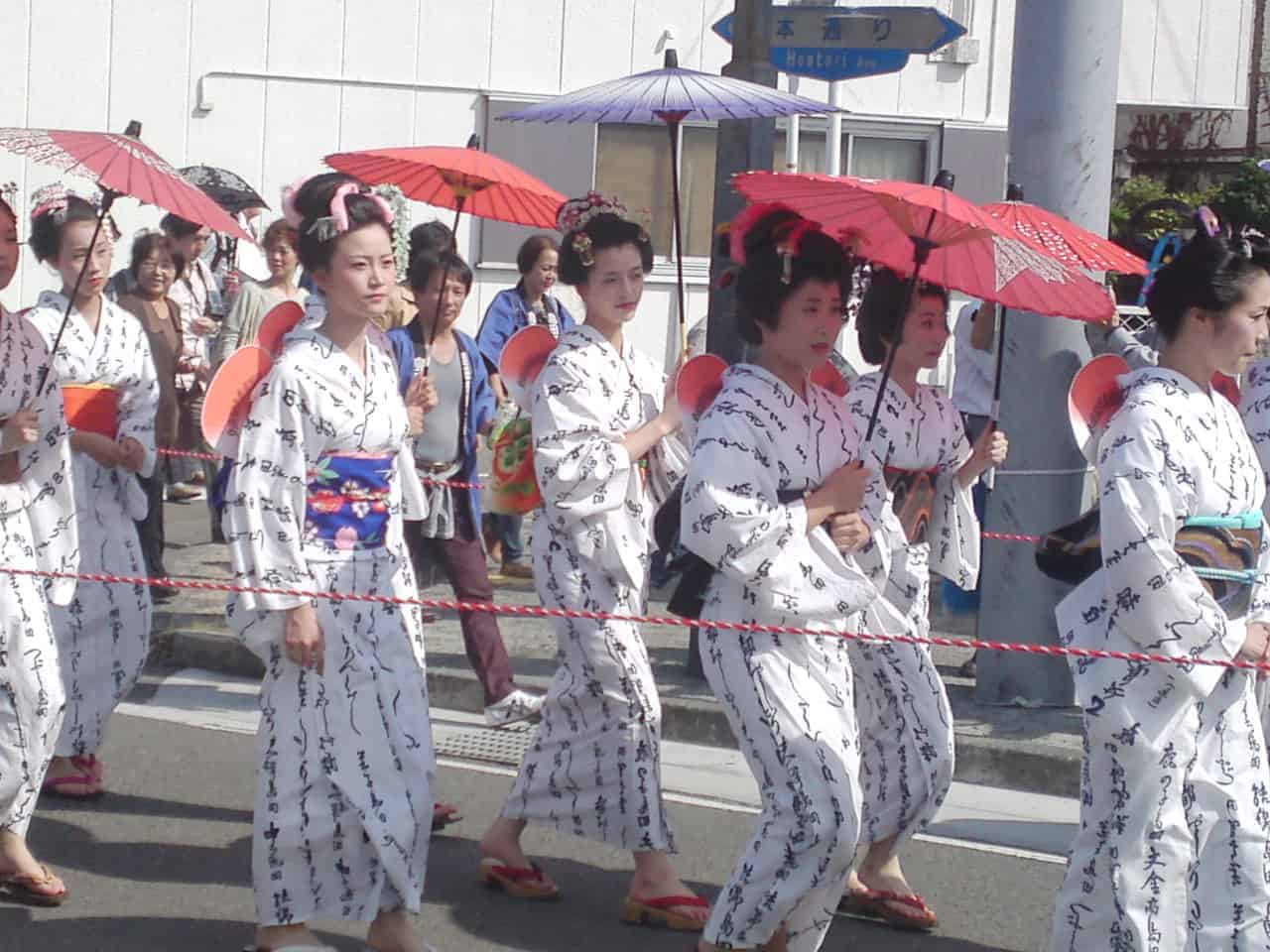 From Mt. Fuji Shizuoka Airport:
By car: approximately 15 minutes to Yoshida Exit on the Tomei Expressway and 10 minutes to Sagara Makinohara Exit. About 30 minutes to JR Shimada or JR Kanaya Stations and downtown Shimada.

By bus: airport buses to Shimada Station as well as to Shizuoka and Kakegawa Stations are on service.