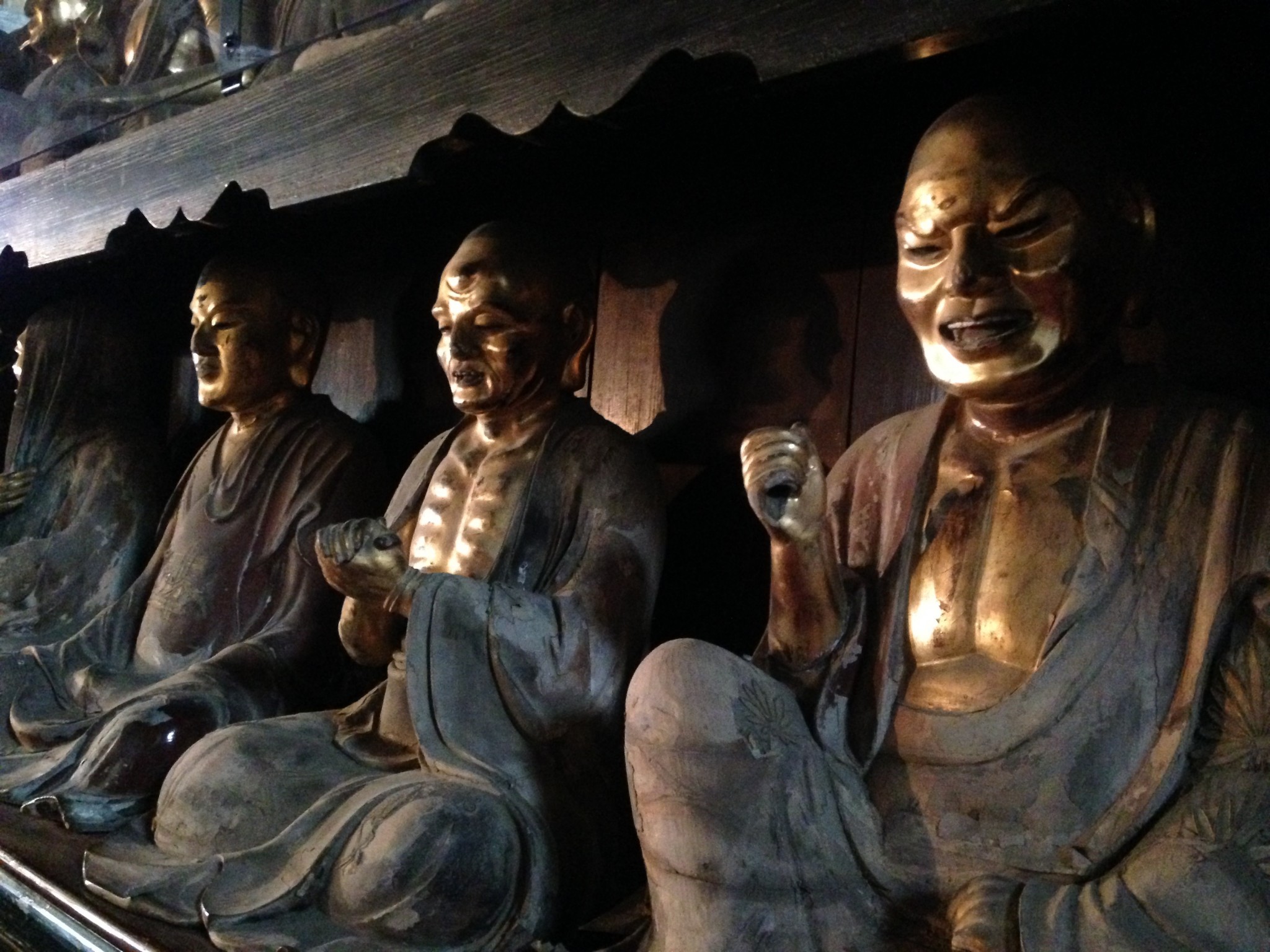 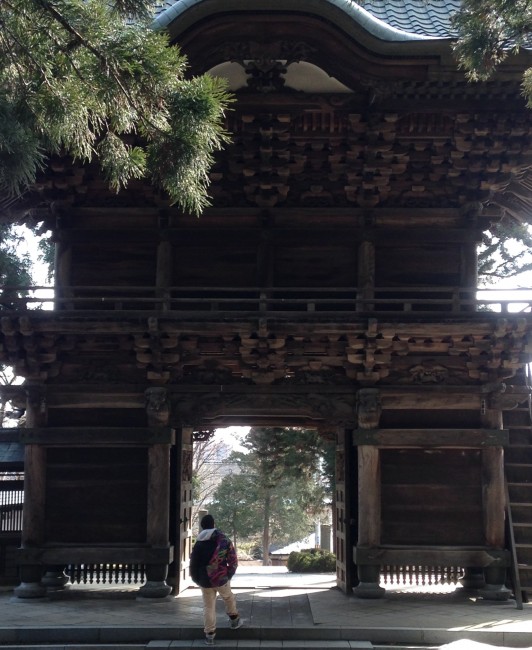 Situated in central Morioka, about a 15-minute walk from Odori Street, the temple district provides a quick respite from the busy center of the city. The change in atmosphere is immediate as soon as you cross Honchodori and continue up the road.

I live relatively close and had never bothered walking through the area until recently. I was pleasantly surprised by some of the gems that were hidden within the temples and surrounding area. Rich stories, unlikely history, friendly tour guides, and an easy walk make this area one of my favorites to visit when I need to stretch my legs.

As you walk up the street you are guided by helpful signs, pointing you in the direction of the main attractions. They include Hoonji Temple, which houses the 500 Buddhist Disciples, and Mitsuishi Shrine, which boasts the giant rocks that are featured in Iwate’s local legend, the story which created the local parade known as Sansa. Along the side of the road is yet another sign, providing you with a clear route to follow in order to see each of the main locations. 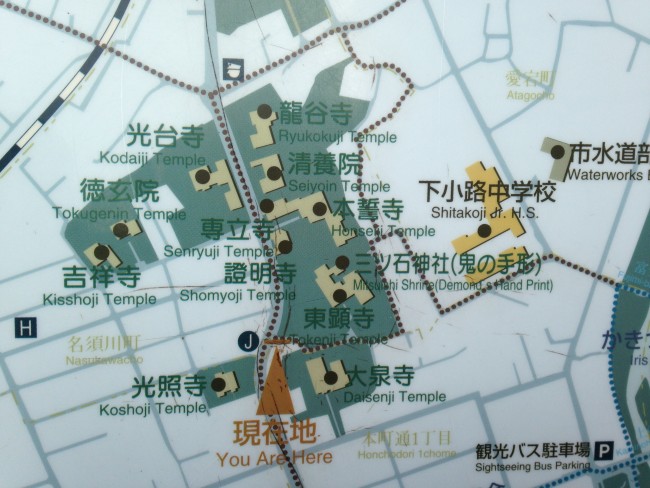 If you follow the path, you will eventually — after poking your head into many other temples — find yourself at the steps of Hoonji Temple. This is by far my favorite temple in the area because of the 500 Buddhist Disciples, which are housed in the main building. Hoonji Temple is a historic Zen training temple for monks, as well as a place of Zen practice for the public. The large, wooden gates are adorned with carvings of dragons, and the inner garden exudes tranquility. 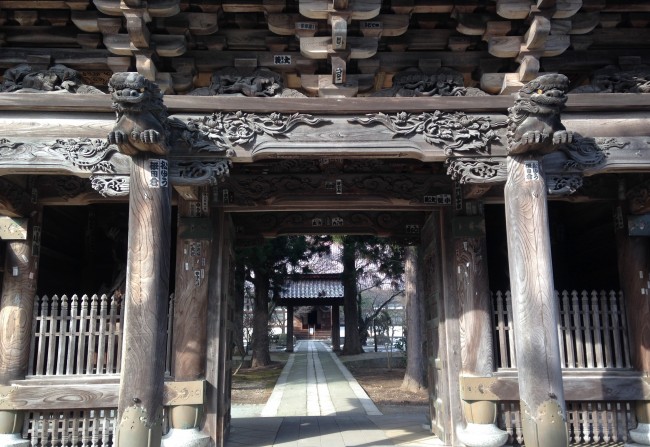 But by far the most magical, and eerie, place is the Rakando, or statue hall. For only 300 yen you can spend hours studying the statues, provided you get there early. (Although in this case, 500 is not a literal number; it simply means “many”). Even then, you won’t have enough time to fully take it in. 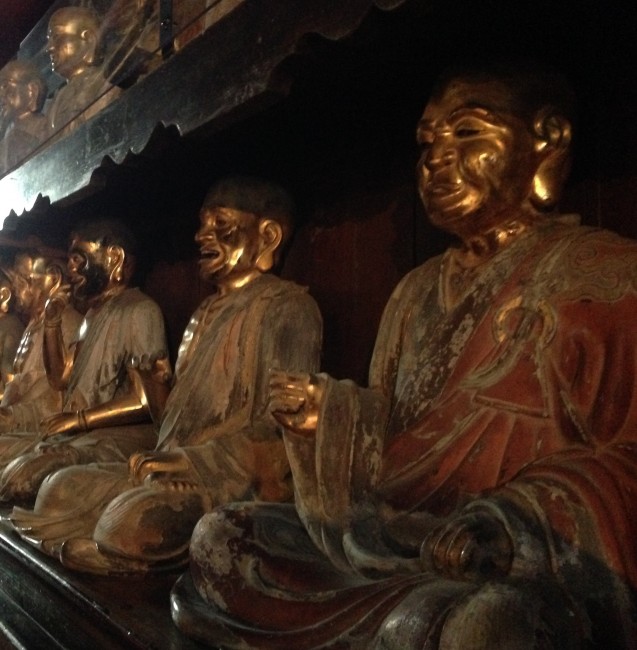 Each statue is different. Carved from wood and painted gold, some of the disciples are laughing or gossiping with their neighbors. Many of the disciples are in deep meditation, but others seem distracted and bored. You can find some tugging on their ears, and some sticking out their tongues. Despite the jovial nature of many of the statues still many more are frightening, their faces contorted in anger and their glass eyes following you as you wander the room. 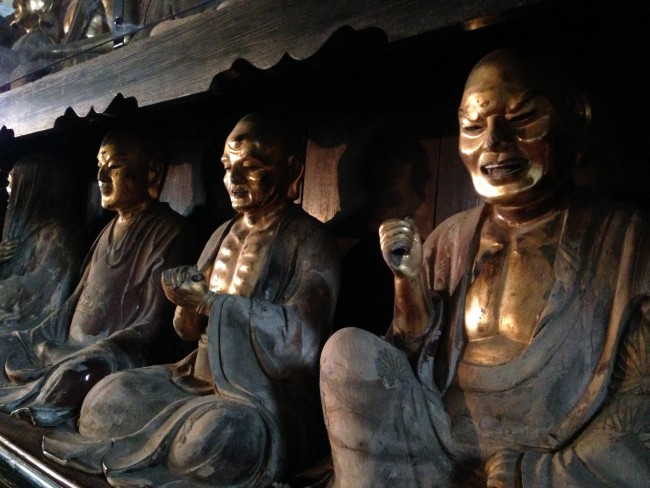 When you are finished at Hoonji Temple, follow the signs toward “Demon Hand Prints In the Rocks”. This will lead you to Mitsuishi Shrine. 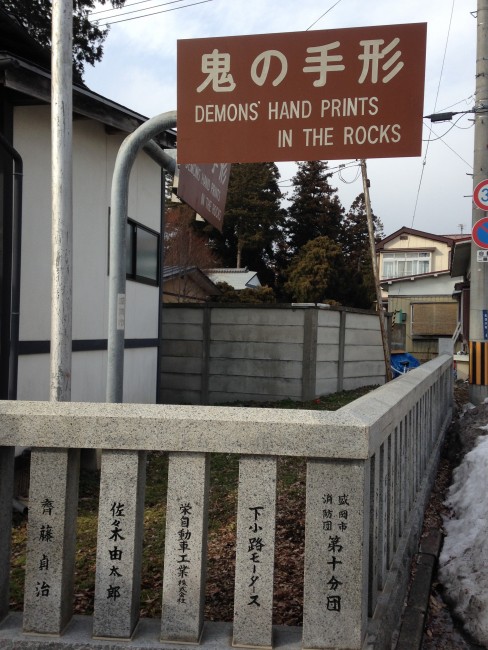 Mitsuishi Shrine is famous for its story, which depicts the origin of Sansa, a well-known parade held in Morioka each August. As the story goes, many years ago, Iwate (which literally translates to “rock hand”) was besieged by a demon named Rasetsu. Desperate, the local people prayed to the god of Mitsuishi Shrine. He answered their prayers and banished the demon, and in doing so he made the demon promise to never return. The demon placed his hand upon one of the rocks and left his handprint as a promise. The local people celebrated by dancing around the rocks. This dance later became known as Sansa. 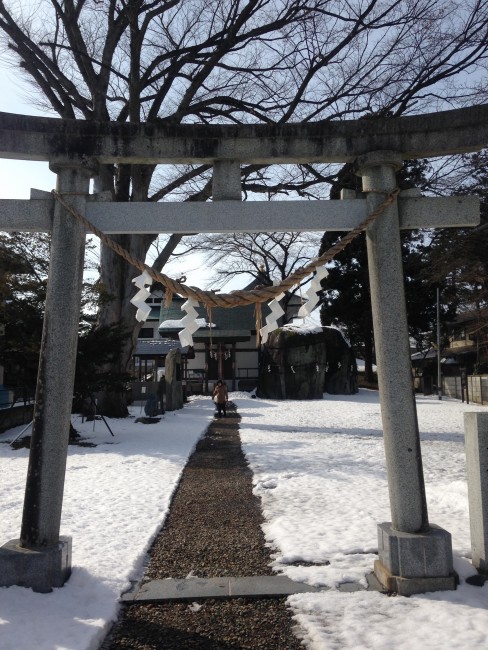 Although the rocks are weathered and aged, you might be able to make out what looks like a large handprint if you look close enough. 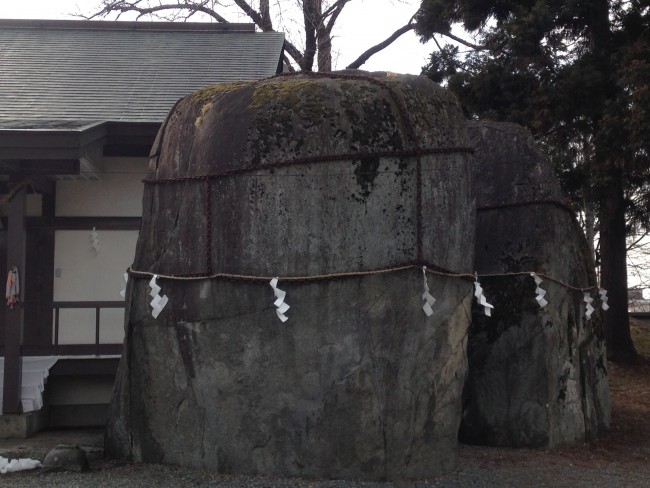 Morioka’s temple district has a few other noteworthy places, but why spoil your fun? Take a few hours and wander the temple district. Follow the laid out path, or make your own. Either way, you won’t be disappointed. 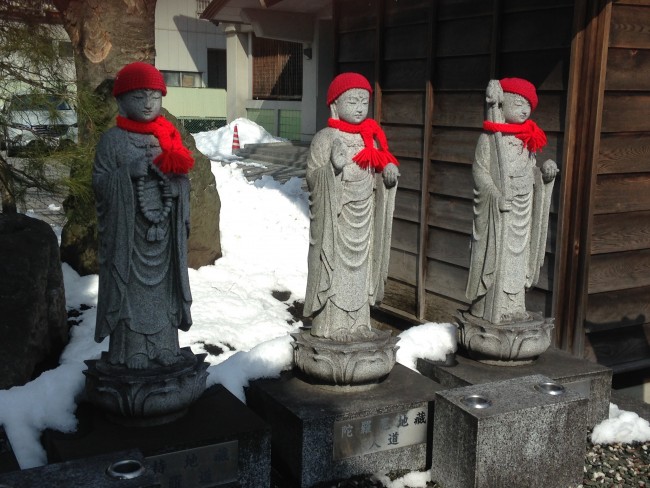