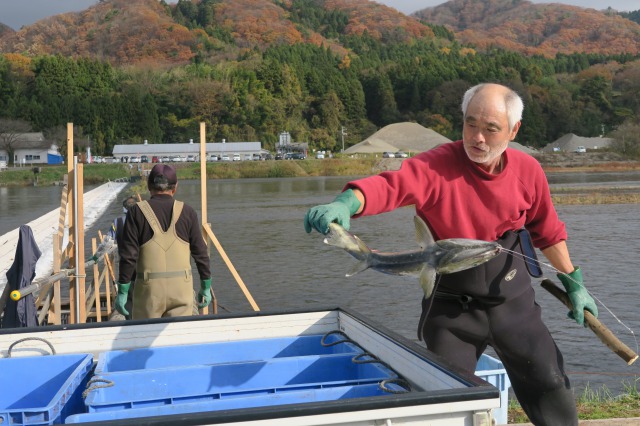 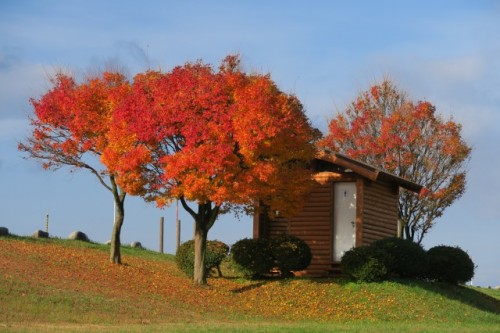 At a peaceful, glistening river, beside sheets of luscious green grass and under the watchful eyes of the booming autumn coloured mountains, lies something raw, real and natural. Witness the salmon fishing techniques of old and indulge in the yearly unique tradition of salmon breeding from the first place in the world to succeed in doing it.

Witness the Salmon Fishing in Murakami! 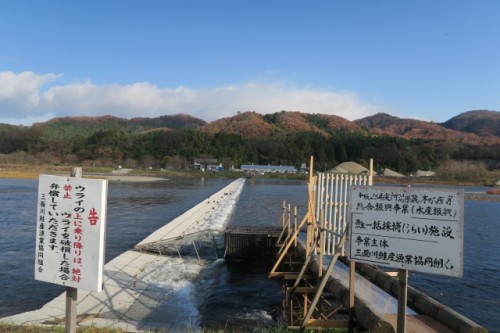 Murakami town is, without a doubt, completely salmon crazy. You can’t take more than two steps without encountering something to do with salmon. They’re hanging out to dry from houses, markets and shops and their image is splattered everywhere from road side pictures to the drains in the pavement. And, knowing the history behind the importance of salmon here, you begin to understand why they praise this creature so much. 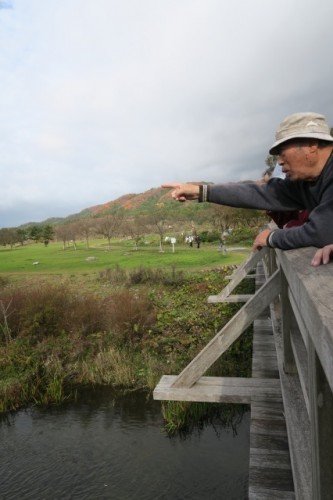 A long time ago, the town was flushed with salmon. Locals would clean them, rub them with salt and dangle them head down with their mouths open to dry. This preservation technique goes back longer than anyone can remember or even begin to explain, yet even now you can see layers of salmon hanging all over Murakami. Salmon soon became the towns main and flourishing source of income. Local salmon even began to be used as a sort of currency when they were sent as tax payment to the emperor of Japan around 900AD and since then became a great asset to the people. However, in 1736 over fishing problems caused a huge decline in the amount of salmon returning to Miomote river and severe poverty began to set in.

A samurai named Aoto Buheiji was eventually called on and given the duty of restoring the salmon population. He invested a lot of time and effort in this venture, and finally came up with a controversial plan. He decided to restrict certain areas of the river for spawning purposes only and other areas were divided into fishing and non-fishing zones. Fences were constructed and it became illegal to fish there; a law that still stands even to this day.

This change angered quite a lot of the locals and soon, angry protests and fights erupted around the town, with some people even destroying the fences put in the river. However, after conferring, the national government decided to side with Buheiji and he had succeeded.

In 1884, more than 700,000 salmon were harvested in Murakami. The tax revenue paid for schools and orphanages, the orphans from which soon became nicknamed as salmon children. Despite that success however, the 20th century sees short declines in the amount of salmon returning to Murakami, with now only around 10,000 being harvested.

Luckily, Murakami continues their age old traditions of catching and breeding their salmon, to ensure the longevity of their way of life. Every year, from around October 20th, until they reach their salmon target for the year, elderly local members, who live bordering Miomote river, get together to breed salmon. Conventional fishing to eat the salmon is forbidden during these times until they reach their target and can ensure the salmon with live on another year.

The salmon are caught in a number of unique ways, utilising everything but your average fishing pole. My personal favourite method is the use of two cages in-between a dense iron fence made in the river, called Urai, which spans across the whole river and is open in only two places. Each cage contained hundreds of trapped fish and was by far more effective and less time consuming than the other methods I saw. However, it was no where near as charming as seeing the Iguri-ami Ryo method, whereby elderly men spread nets between two parallel, 15 year old boats that have been fixed and patched up well past their expiry dates. In their short trip up and down the bank, they caught only a few last fish but the old men, most of whom were well over 60, sure did put on a good show! The final method I heard about was a massive, three headed hook called a Tenkara Ryo, used to puncture the fish and pluck them right out of the water. 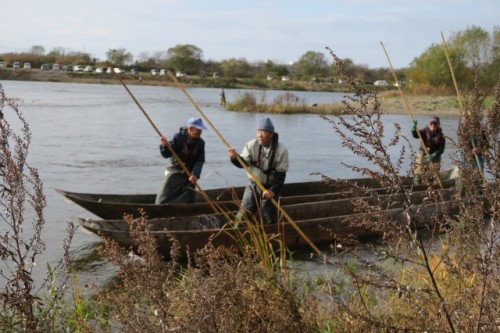 The fish are generally slung ashore onto large white matts and instantly killed with a short, sharp blow to the head with a thick stick. They are then sorted into males and females, as evident by the round (female) shape of the nose or the more pointed (male) shape, and placed onto the back of a van in crates. The sight of the killing was particularly shocking for me but, seeing the process was something incredibly valuable and a worthwhile experience. 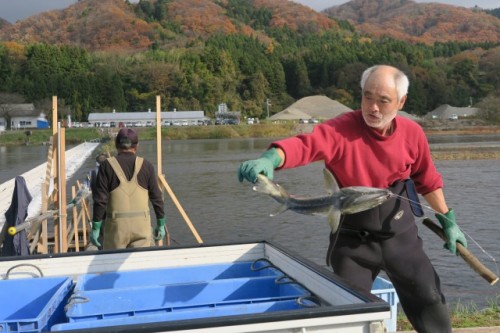 The salmon are taken to sheds nearby. The eggs are scraped from the female and the sperm, extracted form the male. They’re washed, mixed in buckets and put into incubation, where the eggs grow and hatch in perfect 8 degree water. And, if you visit the nearby salmon museum, you can see the process develop right before your very eyes! 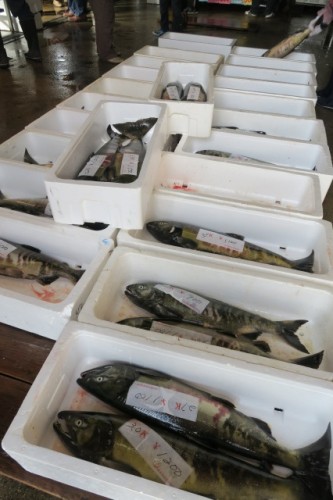 You can walk to the river side in around 20-30 minutes from Murakami train station. When you reach the river, simply turn left and walk with the river to your right. Skirting around the river, you will soon encounter some local fishermen doing the Urai method from the cages.

If you walk back to the way you came, with the river on your left this time, you will reach a car bridge where you can cross the river. From the opposite side, you can see fish selling, breeding and genki old men with nets in archaic boats.

The salmon fishing begins at around 9am and continues until around 11am, but be sure to get there early just in case. 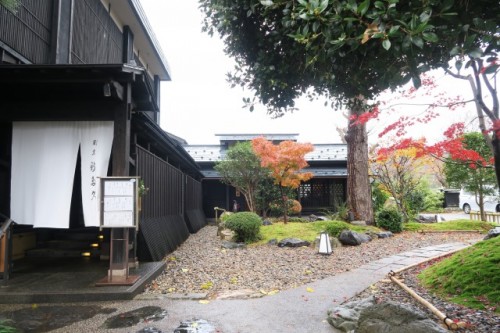 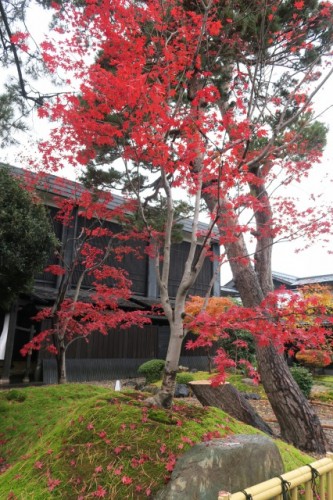 I don’t think I’ve ever had such beautiful and, let’s face it, fancy food in my life. Each small dish was prepared with grace, beauty and precision by a calm, collected and chatty chef. The layout of the restaurant was divine. The chef prepares delicate garnishes right in front of you and is available to answer any questions you have. Other female staff walked around in perfectly mild patterned kimonos and served every meal with the grace and elegance befitting the food I was receiving. 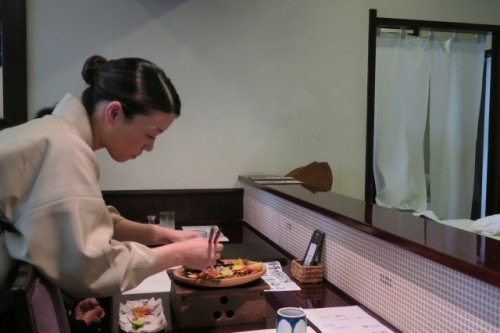 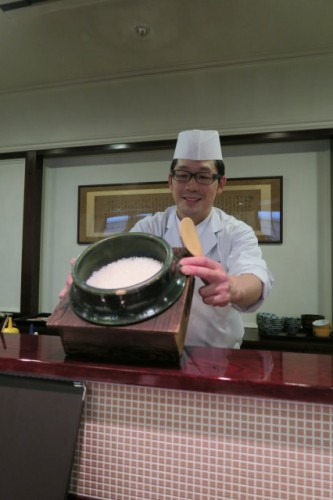 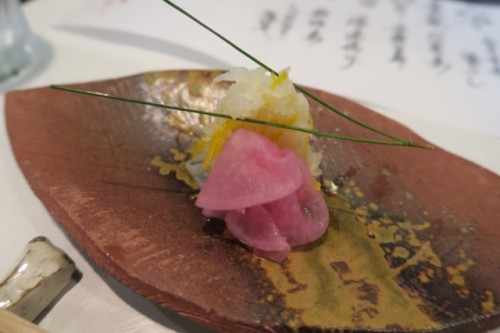 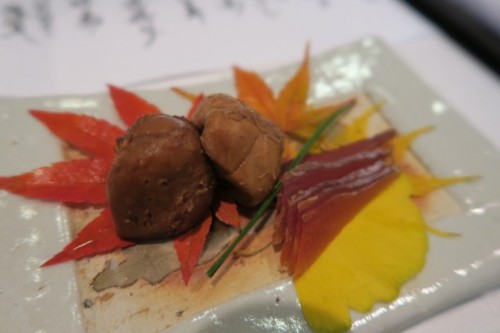 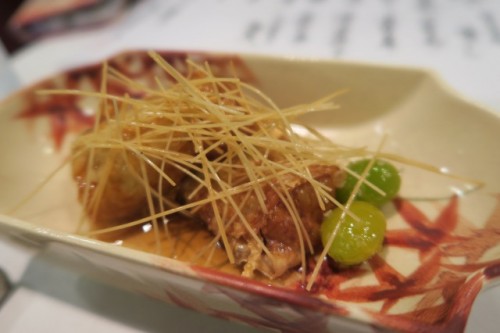 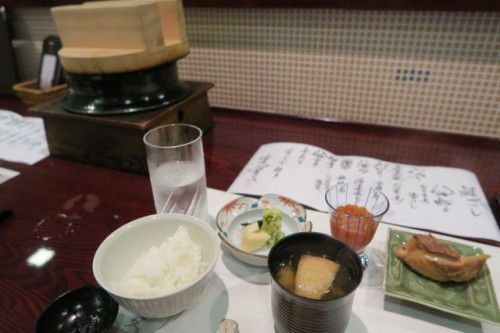 For me, the desert was a really nice touch as it was something I hadn’t expected. Niigata is of course, famous for its impeccable rice and Muramaki introduced me to a completely new rice tasting experience. Amazake is a low or non-alcoholic fermented rice drink, which is naturally very sweet and apparently healthy, though it was so delicious it sure didn’t feel like it should be. I absolutely loved the stuff when I’d tried it earlier that day and, to my surprise, this restaurant had made it into the most exquisite ice cream. It had all the texture of an ordinary ice cream, yet had a taste similar to that of a rich cheesecake and I was absolutely loving it. 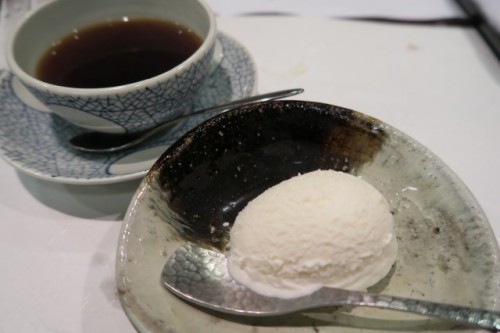 Official Site: here ( only in Japanese )